Walk like an Egyptian to “Mummies of the World” at Carnegie Science Center. 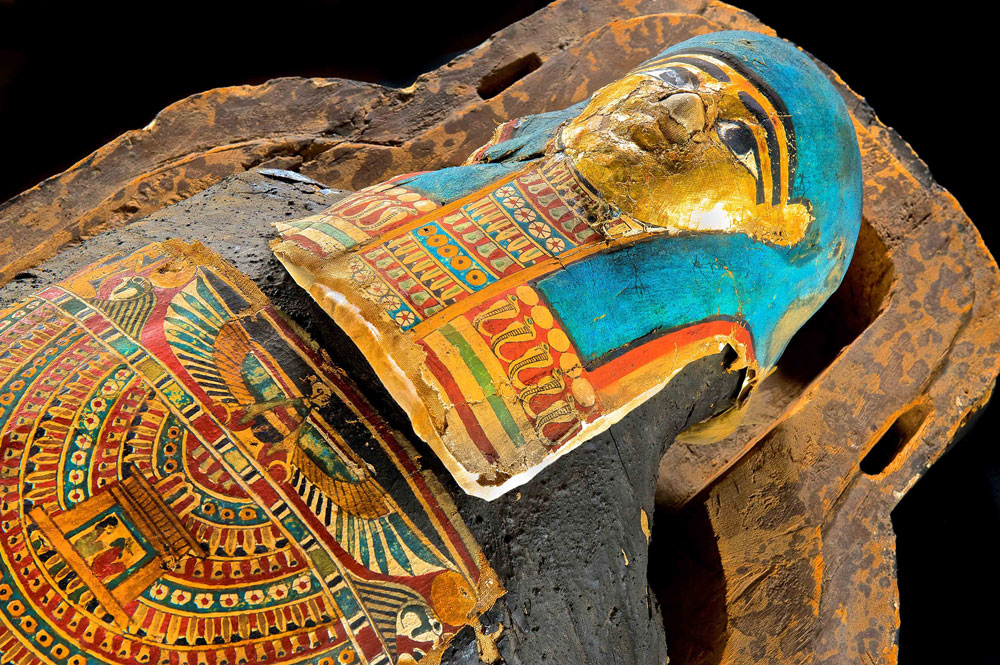 “May I look upon my soul and my shadow?” — The Egyptian Book of the Dead

Mummies are wrapped in mystery and shrouded in silence — literally and figuratively. They intrigue, captivate and frighten us, turning up everywhere from high-culture museums to pop-culture resurrections on the silver screen. (A rollicking take in 1999 had a cocky Brendan Fraser besting a linen-wrapped legion and uttering a one-word sneer, “Mummies.”)

Mummies live on in “afterlives” that the ancient mummified people themselves, seeking immortality in places such as Egypt, never could have dreamed of. Among them: Being scrutinized by 21st-century eyes in Pittsburgh at “Mummies of the World: The Exhibition,” opening Oct. 5 at Carnegie Science Center, which featured the edgy “Bodies … The Exhibition” back in 2007.

Important to note: Although mummies are long associated with ancient Egypt, that’s just one area where they’ve been found. As the show title makes clear, mummies manifest themselves in many locations. Moreover, not all were mummified by man. (Ray Bradbury talked about the eerie, naturally mummified dead of Guanajuato, Mexico, in his short story “The Next in Line.”)

A few highlights:
Nes-hor and Nes-min, two Egyptian priests who served the Temple of Min in the city Khent-min. In addition to meeting the mummies, along with their iconic sarcophagi, we learn about the priests’ lives, jobs and health, plus speculation regarding what led to their deaths. For Nes-min, it might have been dental abscesses.

The Vác Mummies: These comprise part of a mummy colony discovered by chance in 1994 at a church in Vác, Hungary. Preserved were 265 people in their coffins along with intact clothing and other artifacts.

MUMAB (Mummy, University of Maryland At Baltimore): Not all mummies hail from the distant past. In 1994, two scientists replicated the Egyptian process in an experiment utilizing methods described in an ancient papyrus. 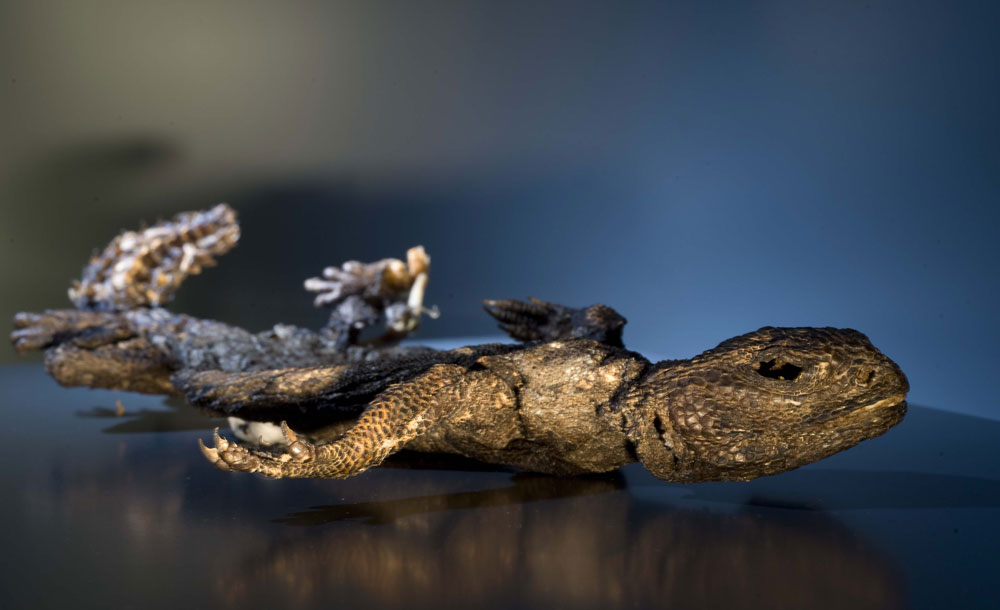 Not all mummies are human either. See animal mummies — cat, falcon, snow rabbit, lizard, weasel and fish — some of whom were the companion animals of their day, from various locales mummified to accompany their masters to the afterlife.

Learn about how various aspects of mummification take place — by humans (including South American shrunken heads) and by nature. The Natural Mummification Gallery showcases human and animal mummies originating in a natural sand-salt environment in Egypt; dry, hot locales in South America; an alpine glacier and a peat bog in the Netherlands.

Yet another interactive exhibit focuses on “The Egyptian Book of the Dead,” with a turn wheel to let visitors “scroll” through its intriguing pages.

That might be the appropriate place to ponder, with some solemnity, how these mummies were once living human beings. Each serves as a memento mori — a phrase that appears on a coffin at Vác — that they had the same needs, desires and hope for an afterlife as many of us do today. 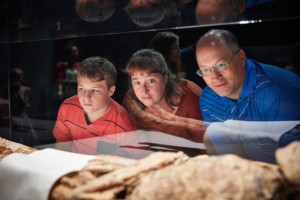 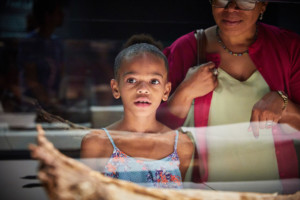 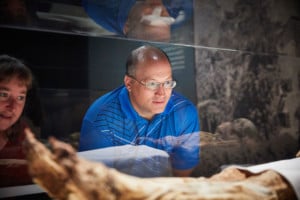 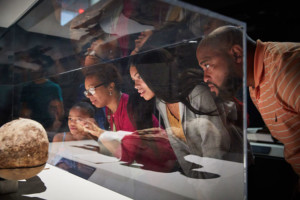 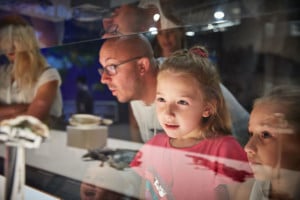 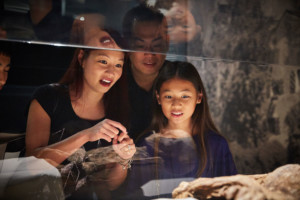 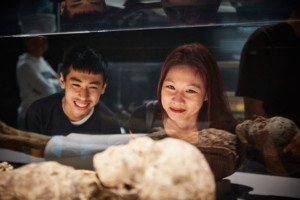 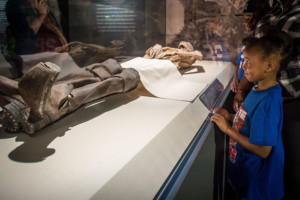 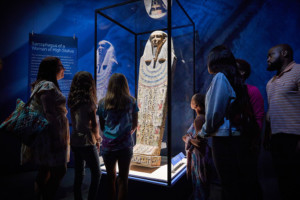 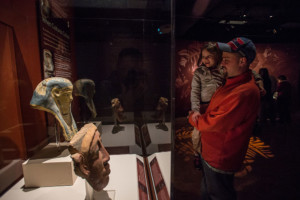 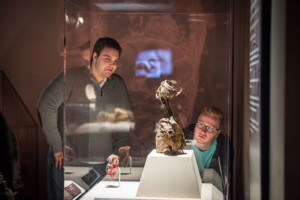 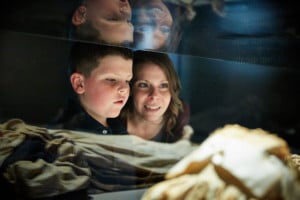 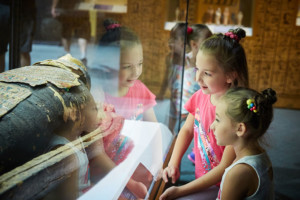 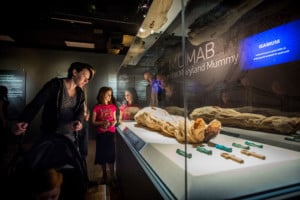 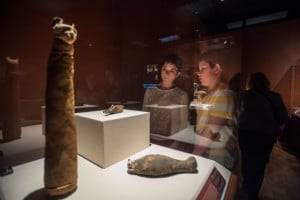 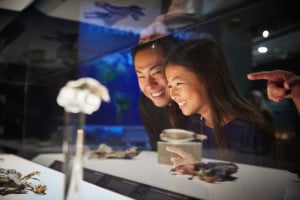 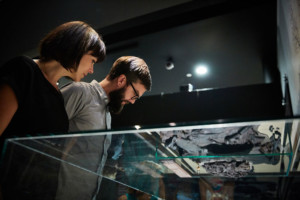 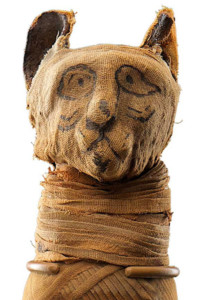 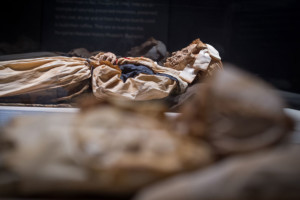 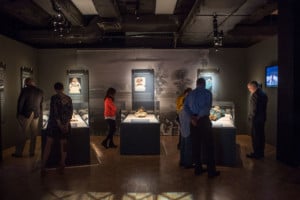 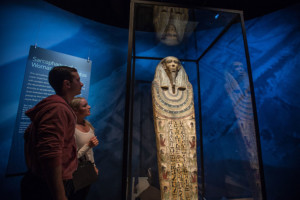 (1)-Egyptian-Sarcophagus
This article appears in the October 2019 issue of Pittsburgh Magazine.
Categories: Hot Reads, Things To Do