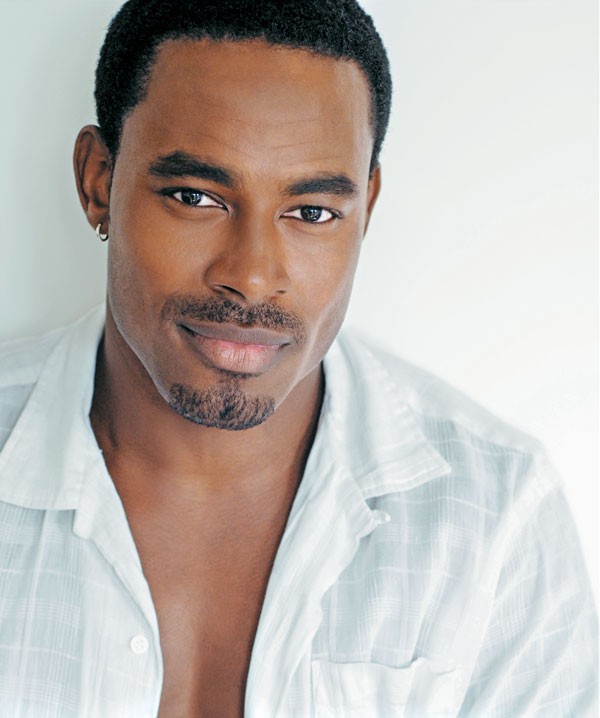 Although cast as Thurgood Marshall Travers on “As the World Turns” for two years (opposite Homestead native Tamara Tunie) and getting caught in the middle of domestic drama on the big screen as Sheriff Troy in Tyler Perry’s Why Did I Get Married? this past fall, Oakland native Lamman Rucker stays clear of any real–life drama.

This graduate of Duquesne University—he earned his B.S. in information technology there in 1996 followed by a master’s in education in 2000—is a focused 30-something actor whose credits include TV shows such as “Law & Order” and “All My Children.” His approach to life is grounded in faith, hard work and determination. “Anything I decide to do, I do it. I put my effort into making it something good and something I can be proud of,” says Rucker, the oldest of three siblings. In Pittsburgh, the family also lived in Homewood and Northside, where Rucker attended Manchester Elementary School. But his father’s career with the U.S. Navy took the family to other cities and countries—San Diego, Washington, D.C., and even to Japan, where Rucker climbed Mount Fuji at age 10. He’s developed that experience into a kind of philosophy: “The destination has never been the goal; it’s always been the actual living that’s contributed to what my life is today,” says Rucker.

When asked what’s his favorite movie, his response is immediate: Happy Feet. Says Rucker, “The movie had a message about having the courage to follow our inner song.”

Catch Rucker in his next film, Tyler Perry’s Meet the Browns, starring Angela Bassett. It’s due out in theaters next month.

PM: What would people be surprised to know about you?
LR: I can speak Japanese.

PM: If there were one thing you could change about yourself, what would it be?
LR: If I’d change something, I wouldn’t be me, and I’m all right with who I am.

PM: What was your first job?
LR: Bagging groceries.

PM: What was your worst job?
LR: My worst job was so bad I was out of there before I even started—I can’t even recall the name of the place it was that bad.

PM: You live in Los Angeles now. What brings you back home?
LR: Family, friends and a good haircut. (Rucker heads to the Northside and Dave’s Barber Shop, owned by his uncle Dave Williams, or over to his friend’s Nate “Da Phat Barber” Mitchell, owner of Natural Choice in Oakland.)

PM: Where do you escape on your days off?
LR: My bed.

PM: Any splurge lately?
LR: Not lately, but once I splurged on a seven-day cruise to the Caribbean with my special lady.

PM: Any heroes?
LR: Tangible heroes would be my mother and father. Professionally—Sidney Poitier
and Harry Belafonte.

PM: Definition of success?
LR: Being in harmony with what God’s purpose is for me.

This article appears in the January 2008 issue of Pittsburgh Magazine.