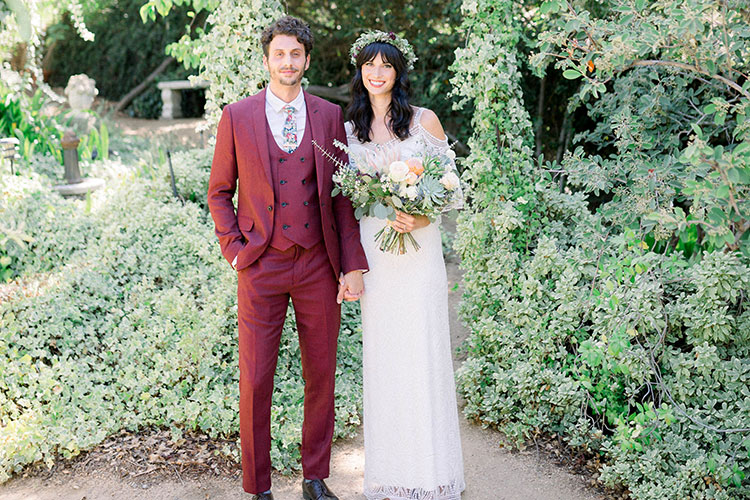 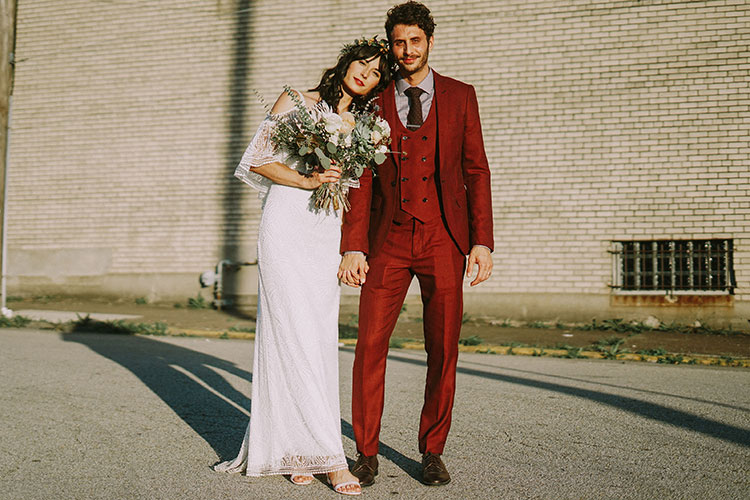 When Tony Met Ashley.
When Ashley Frohnert first laid eyes on her future husband, her initial thought was: “Wait, who is that guy?” Tony Safran had joined in on a trip to Ocean City with mutual friends at the last minute. After driving all night from Pittsburgh, Tony arrived and they were introduced.

Back in Pittsburgh, they went on their first official date, to Lot 17 in Bloomfield. Ashley was a pescatarian at the time, but Tony didn’t think to check the menu before the date; luckily Ashley found a mushroom dish and some fries to eat. “Thinking back, this is all very funny to me because we’re now both vegan and our lives essentially revolve around eating at the best vegan restaurants,” she says. 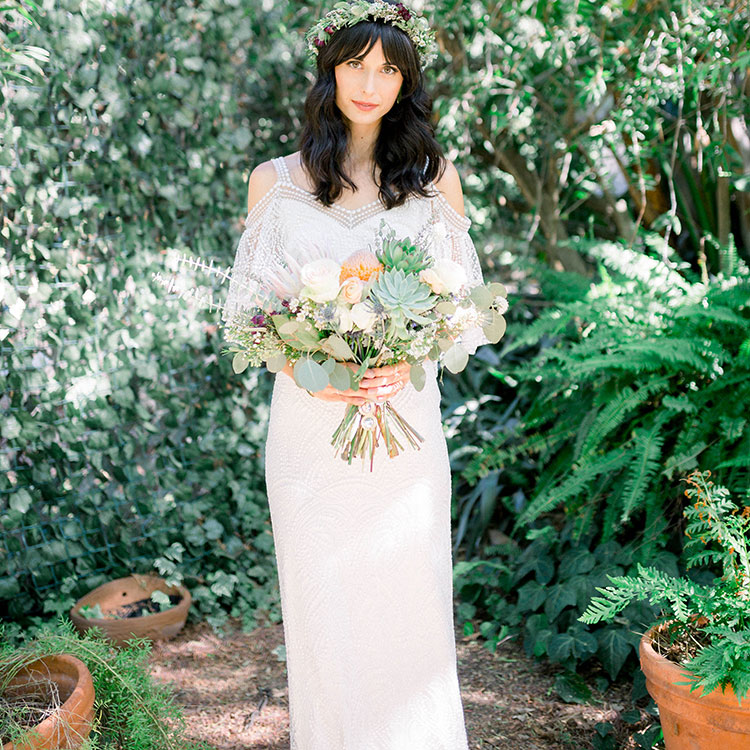 She Said Yes.
In honor of their fifth dating anniversary, Tony and Ashley decided to take a road trip from Los Angeles to Vancouver, making significant stops along the way. The first stop: Yosemite National Park.

After hiking to a waterfall, Tony gave Ashley her anniversary gift, a book filled with photos of them and their dogs. On the last page of the book, it said “one more question left to ask…” and then Tony proposed with Ashley’s grandfather’s aunt’s ring.

“I really loved how he took all of our past and brought it to the present, and we couldn't have been surrounded by anything more beautiful than Yosemite,” she says. 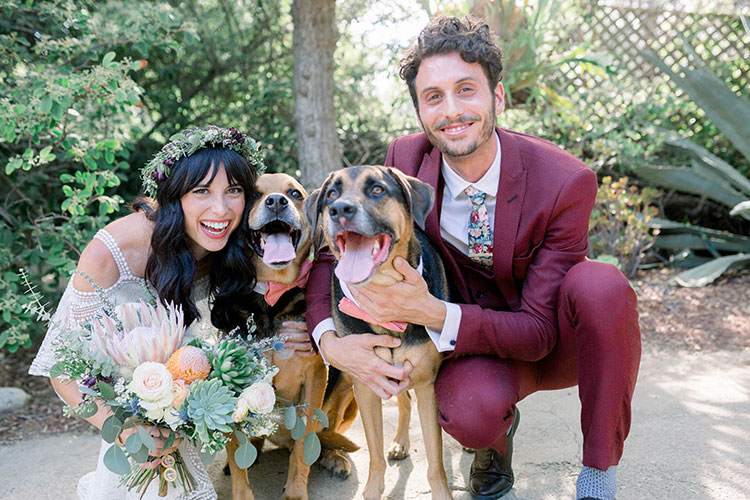 The Big Day.
The couple was married on Aug. 31 in Los Angeles in an intimate ceremony, surrounded by their closest friends, family and two rescue dogs.

The reception was held in Topanga Canyon, off the coast of Malibu, in a “bohemian, eclectic, vintage country club” called The Mountain Mermaid, where they hosted about 50 people and offered small succulents with the sign “let love grow” as favors.

Ashley and Tony then had a Pittsburgh reception on Sept. 2, this time with about 100 guests, at the Braddock Carnegie Library.

Tony is a graphic designer, so he designed all of the “Keystone to My Heart” details and invitations. The library was filled with flowers and hanging lights and they decorated the upstairs basketball court with string lights.

“That was super special to Tony because his grandpap is from Braddock, and he played in that basketball court many, many years ago,” Ashley says.

Their entire wedding, in both Los Angeles and Pittsburgh, was completely vegan. They served vegan tacos, macaroni and cheese, and cake as well as strawberry salad and chips and guacamole.

“It was really important that we didn’t have any meat or cheese or eggs … and also no leather shoes [and] no beeswax candles,” she says. 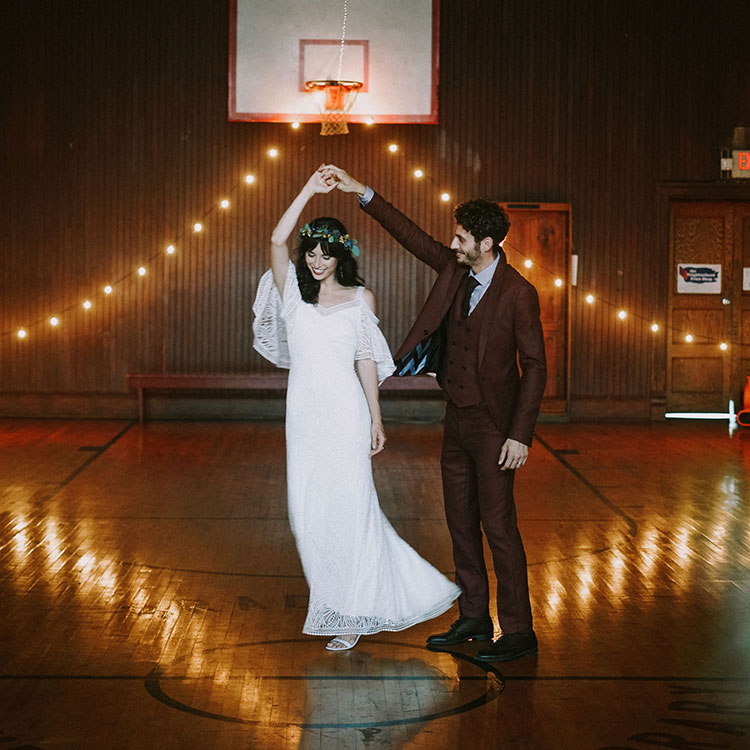 Happily Ever After.
The couple resides in Los Angeles where Ashley, 29, works as a senior social media manager for PETA and Tony, 31, works at Arbor on Venice Beach, where he designs snowboards and skateboards. They live with their two German Shepherd mixes adopted from Humane Animal Rescue, Jackson and Howard. 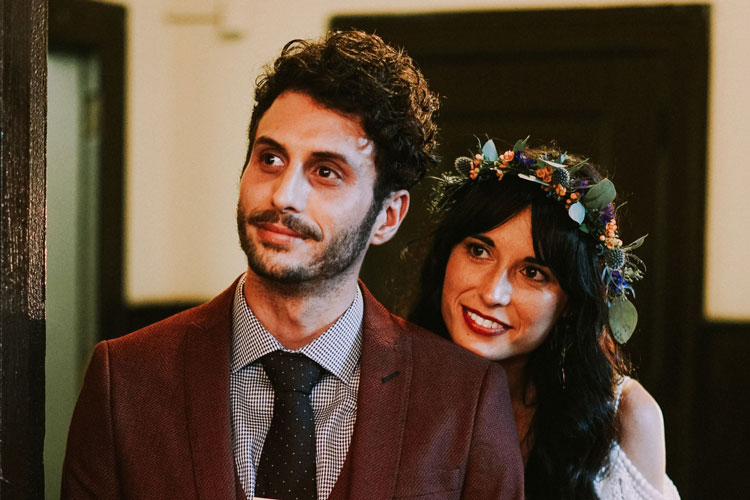