'Kung Fu Panda 3' Misses, But 'The Finest Hours' Is a Surprise Winner

The third sequel to the animated franchise can't keep up with its peers, but Disney's drama rises above the pack. 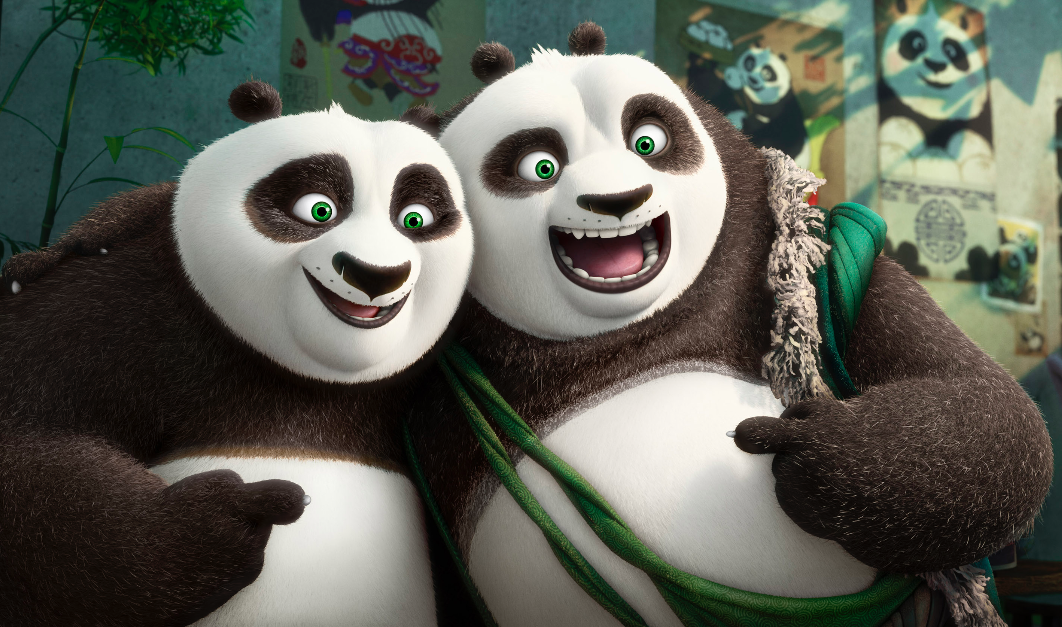 One hopes that the makers of the “Kung Fu Panda” franchise aren’t prone to self-evaluation.

If they were, they might be inclined to look toward rival studio Pixar with dismay. Last year alone, the reigning computer-animation heavyweights produced a near-perfect film (“Inside Out”) and another that was nearly as strong (“The Good Dinosaur”). Pixar’s partner studio, Disney Animation, is also on a hot streak, with brilliant mega-hit “Frozen” preceded by the very funny “Wreck-It Ralph” and followed by the inventive “Big Hero 6.”

Even within Dreamworks Animation — which still produces far more misses than hits — the better-than-it-has-any-right-to-be “How to Train Your Dragon” franchise and the one-off caveman comedy “The Croods” should give the Panda team pause. Because each of the aforementioned films are not just a bit better than every “Kung Fu Panda,” they are all so vastly superior to this trilogy of ursine slapstick that, yes, I hope the folks behind the bear do not traffic in comparison.

If they did, they’d probably feel quite bad about themselves.

Now, I suppose that’s not to say that the “Panda” movies — the latest of which, “Kung Fu Panda 3,” is out today — are unwatchable, or even boring. In this latest installment, there are a handful of funny sequences, a smattering of lovely images and a pair of great additions to the voice cast (Bryan Cranston as the title panda’s long-lost father and J.K. Simmons as the baddie of the week). But much like the inexplicably enduring “Shrek” brand, these films all belong to a previous era of animation — one where films were made solely to make children roar with laughter and loll in front of frenetic activity and not do any thinking. (And unlike many 21st-century cartoons, the “Panda” films offer nothing at all for parents.)

In short, grown up animation fans certainly needn’t bother, and parents should take this as an opportunity to consider whether their children may in fact be old enough to watch the film alone while Mom and Dad occupy themselves at the lobby bar (and please, if you must take your children to “Kung Fu Panda 3,” do so at a theater where you can at least get a drink).

Anecdotal evidence, however, suggests it may not come to that. Before I attended “Kung Fu Panda 3,” my girlfriend, Tamara, and I were watching her 7-year-old nephew, Corwin. We had previously brought Corwin and his sister, Kyra, to an advance screening of “The Good Dinosaur,” which they loved. I figured Corwin would be pumped to see another movie early.

But when I offered to bring him along, he stared at me blankly for a moment.

“I don’t really like Kung Fu Panda,” he said. Tamara helpfully pointed out that he would probably get Skittles at the screening. He remained unconvinced and instead spent the afternoon at home.

The only 7-year-old I know turned down a free, advance screening of “Kung Fu Panda 3.” Even with the promise of Skittles. I don’t want to extrapolate too much, but I’m not sure this bodes well for the franchise.

Speaking of Disney, the company provides some relief at the multiplex this weekend in the form of the unexpectedly good drama “The Finest Hours.” Disney’s recent live-action efforts have mostly ranged from mediocre to dismal, so I wasn’t expecting a period sea disaster flick to break the trend — and yet, I truly enjoyed this film. Chris Pine and Casey Affleck each lead half of a story based on a daring 1952 Coast Guard rescue: The oil rig Pendleton was ripped in two during a blizzard, and nearly all sailors within reach were headed to the site of a simultaneous wreck. Ray Sybert (Affleck) works to keep half the Pendleton afloat long enough to be rescued, while Bernie Webber (Pine) braves the storm to bring a ragtag rescue crew to the ailing ship. Many similar films opted for grit and self-seriousness, but "The Finest Hours" takes a lovely old-Hollywood approach to the proceedings; the action is great, but the wraparound romance is (for once) just as good. It’s not quite a must-see, but for those caught up on their Oscar nominees looking for something new this weekend, I’d recommend it.

The Montage: Speaking of the Academy Awards, completists should head for Regent Square this weekend. The annual packages of Oscar-nominated short films are playing at Regent Square Theater, divided into animated and live-action nominees. (Due to the short total runtime of the five nominated animated films, four additional recent shorts will also be included in that program.) This trip is not just for those seeking bragging rights, however; every time I’ve seen the nominees, I’ve found each to be a lovely experience in its own right. The shorts will remain through Feb. 11 … One of my favorite directors finally gets the Row House treatment this week, as a quartet of David Lynch films runs through Thursday. The Lawrenceville theater will show “Eraserhead,” “Mulholland Drive,” “Lost Highway” and “Wild at Heart.” Seeing the disturbing “Eraserhead” on the big screen is not for the faint of heart … The springtime lineup for Drive-In Super Monster Rama at North Vandergrift’s Riverside Drive In has been announced. The biannual all-night horror fest will feature “Night of the Living Dead,” “Night of the Creeps,” “Night of the Comet” and “Flesh Eater” on April 29; the following night, they’ll show “The Monster Squad,” “The Lost Boys,” “Fright Night” and “Near Dark.” Click here for more info.