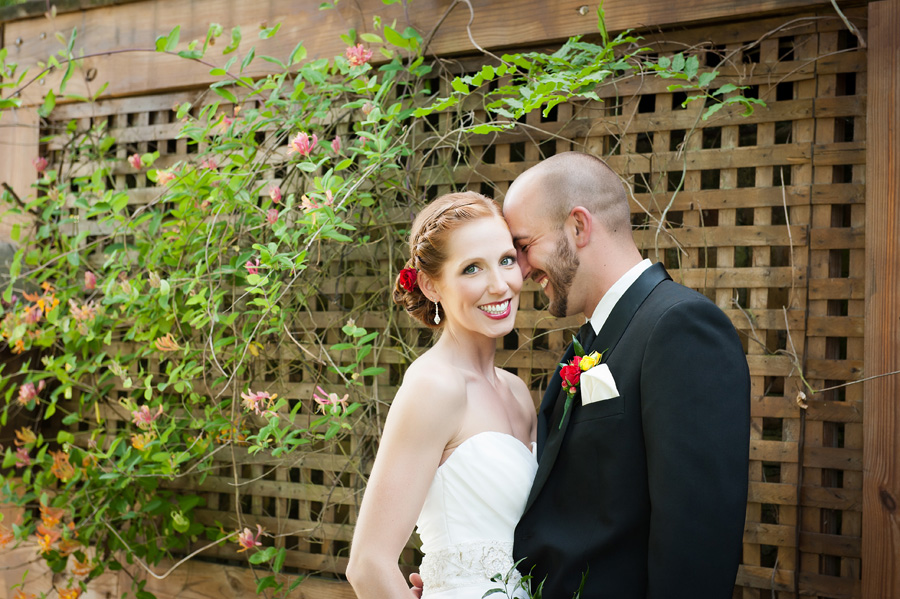 CEREMONY
A gorgeous outdoor service was held on the grounds of the Springwood Conference Center in Verona, Pa (1000 Indiana Road, Verona; 412/793-7453, springwood.org). After walking Kristen down the aisle, the father of the bride turned right around and performed the ceremony. Steve had been ordained online by the Universal Life Church (ulc.net) so that he would be able to officiate his daughter’s nuptials. 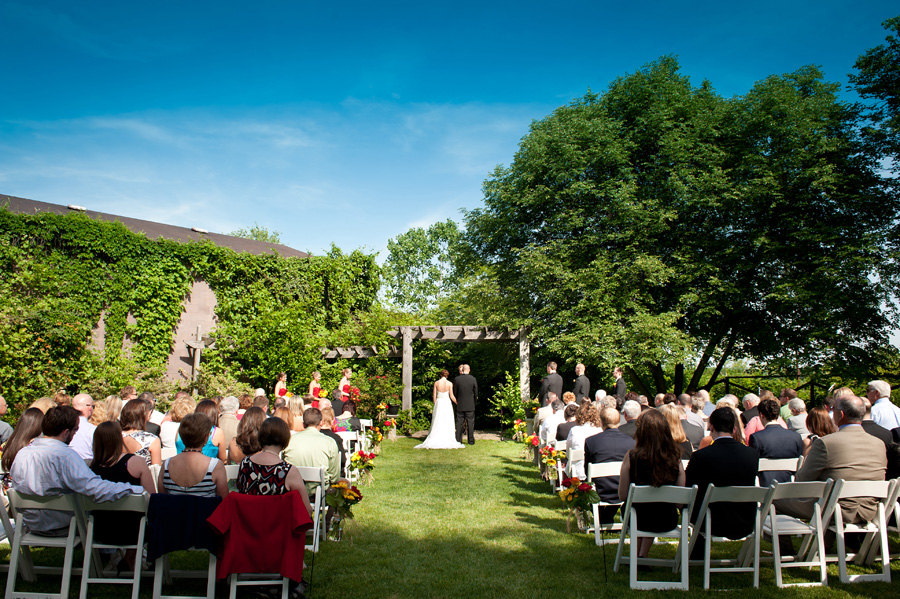 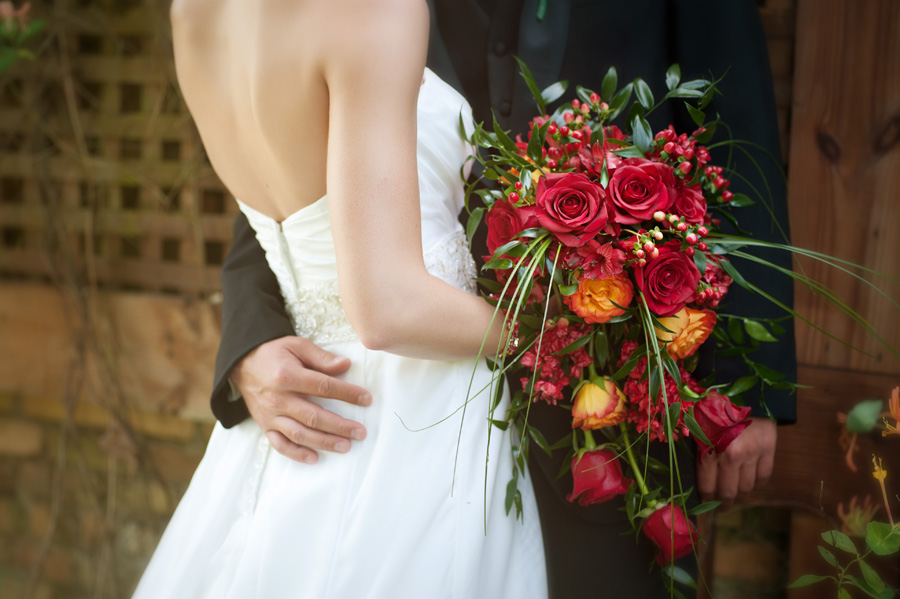 ON THE BRIDE
Kristen wore an A-line gown with waistline beading and layered chiffon skirt from Casablanca Bridal’s Diamond Collection (The Exquisite Bride; 4353 Old William Penn Highway, Murrysville; 724/327-4337, theexquisitebride.com). The bride accentuated her wedding’s theme colors by adding pops of red to her accessories, including a pair of strappy sandal heels (zappos.com), a self-made beaded bracelet (patcatans.com) and flowers in her hair. Kristen also wore her mother’s sapphire ring and the teardrop earrings her sister wore on her wedding day. 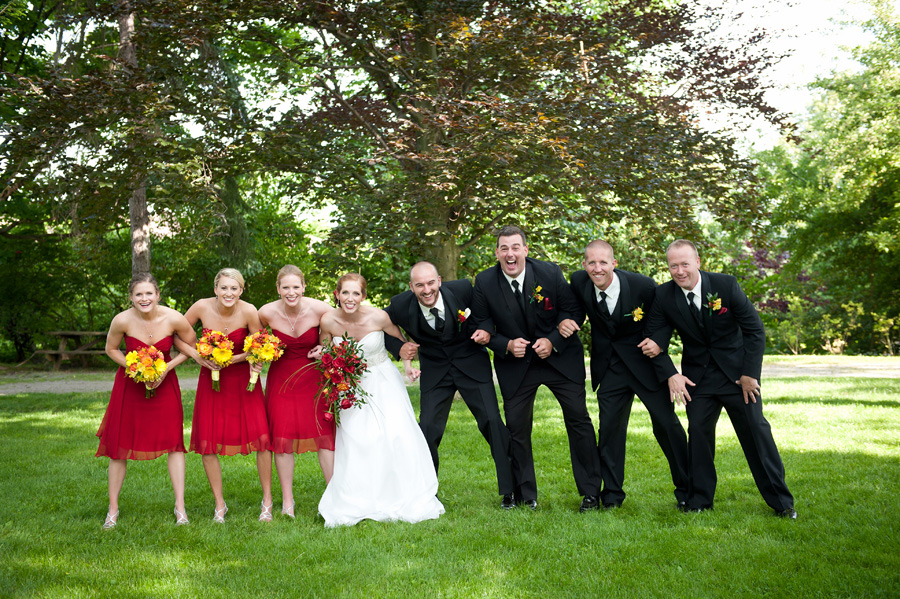 HAIR AND MAKEUP
The bride’s hair was styled by the experts at Lon Michaels Wellness Spa & Salon in Oakmont (436 Allegheny River Blvd., Oakmont; 412/826-9054, lonmicheals.com). Along with performing an acoustic rendition of Joshua Radin’s “I’d Rather Be With You” during the ceremony, Lauren Border, who’s friends with the couple, also did Kristen’s makeup. 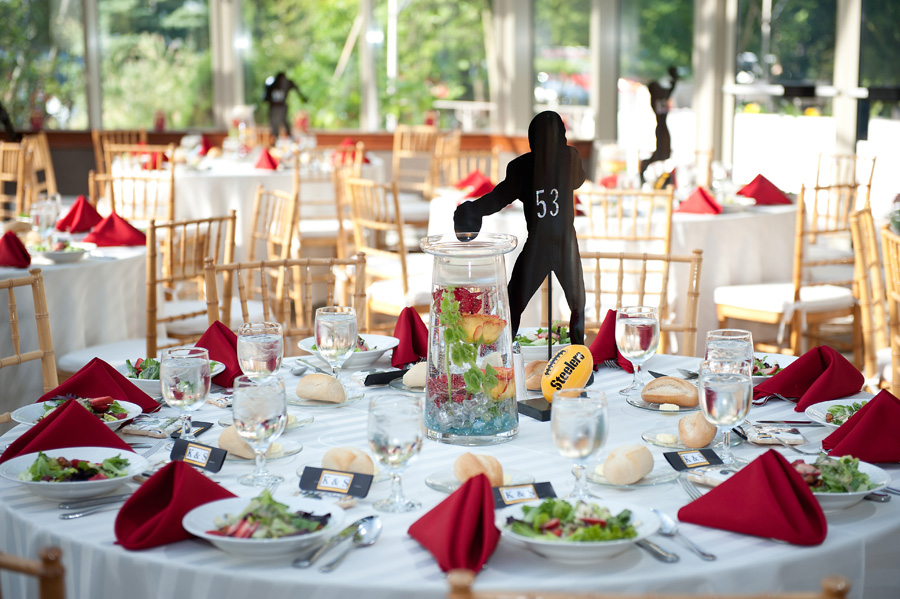 RECEPTION
Following an outdoor cocktail hour, guests gathered in the Springwood’s Atrium for a buffet-style dinner including Tuscany chicken, stuffed shells and dauphinoise potatoes. Because Scott was a Steelers season-ticket holder for years, Kristen decided to incorporate the team into wedding décor.

With the help of her family, the bride created a variety of Steelers-themed decorations, including escort cards in the shape of jerseys, miniature footballs on each table and black silhouettes of football players that served as table numbers. Kristen’s cousin also made Steeler jersey cookies with the couple’s last name on them to hand out as favors. 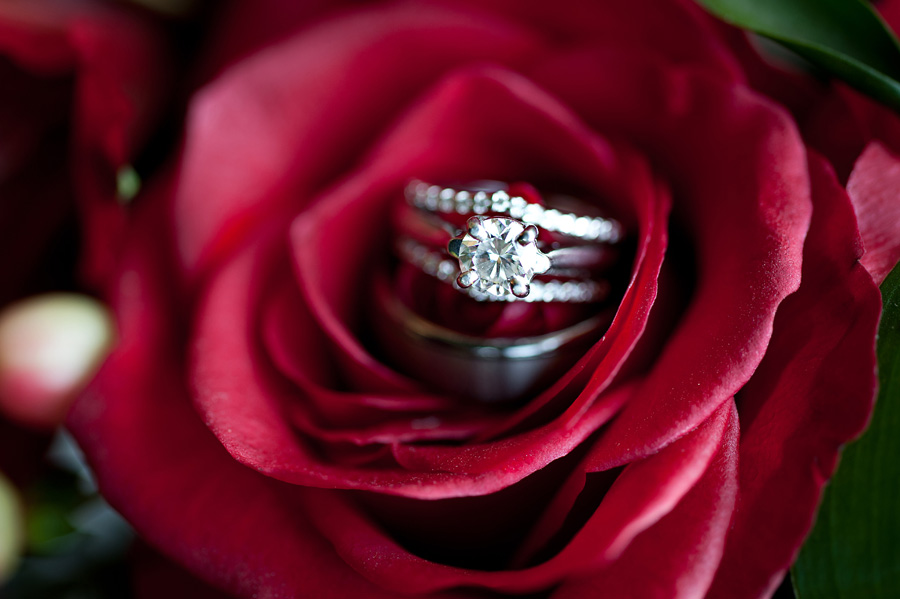 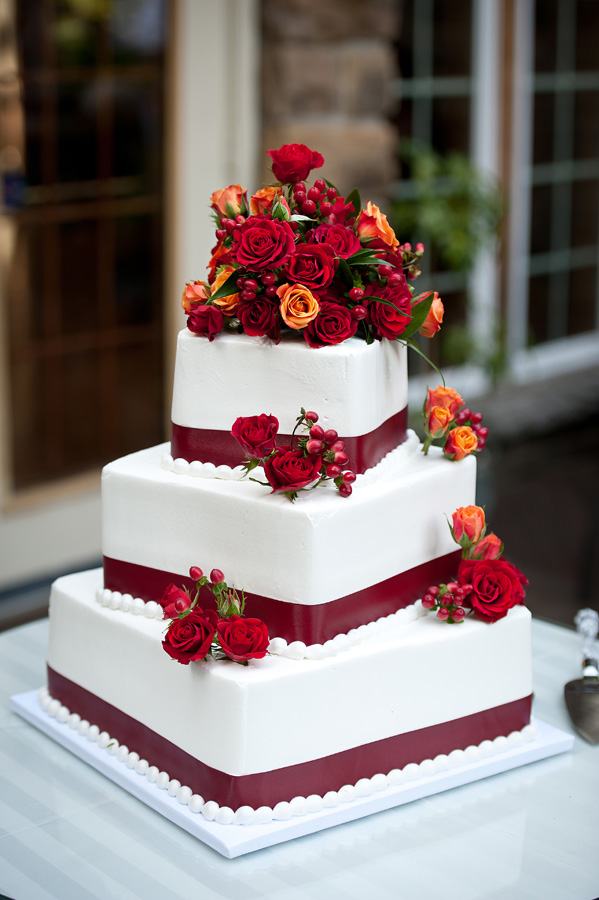 MUSIC
After dinner, Springwood provided a tent decorated with white lights for dancing. Tim and Janet of Upbeat Entertainment (412/563-2772, upbeatent.com) served as the DJ team. After sharing a first dance to “Bubbly” by Colbie Caillat, the newlyweds enjoyed a variety of music with their loved ones, including a polka requested by the groom’s grandmother.