Kingsman Sequel Leans Into the Crazy (And Turns Out Fun) 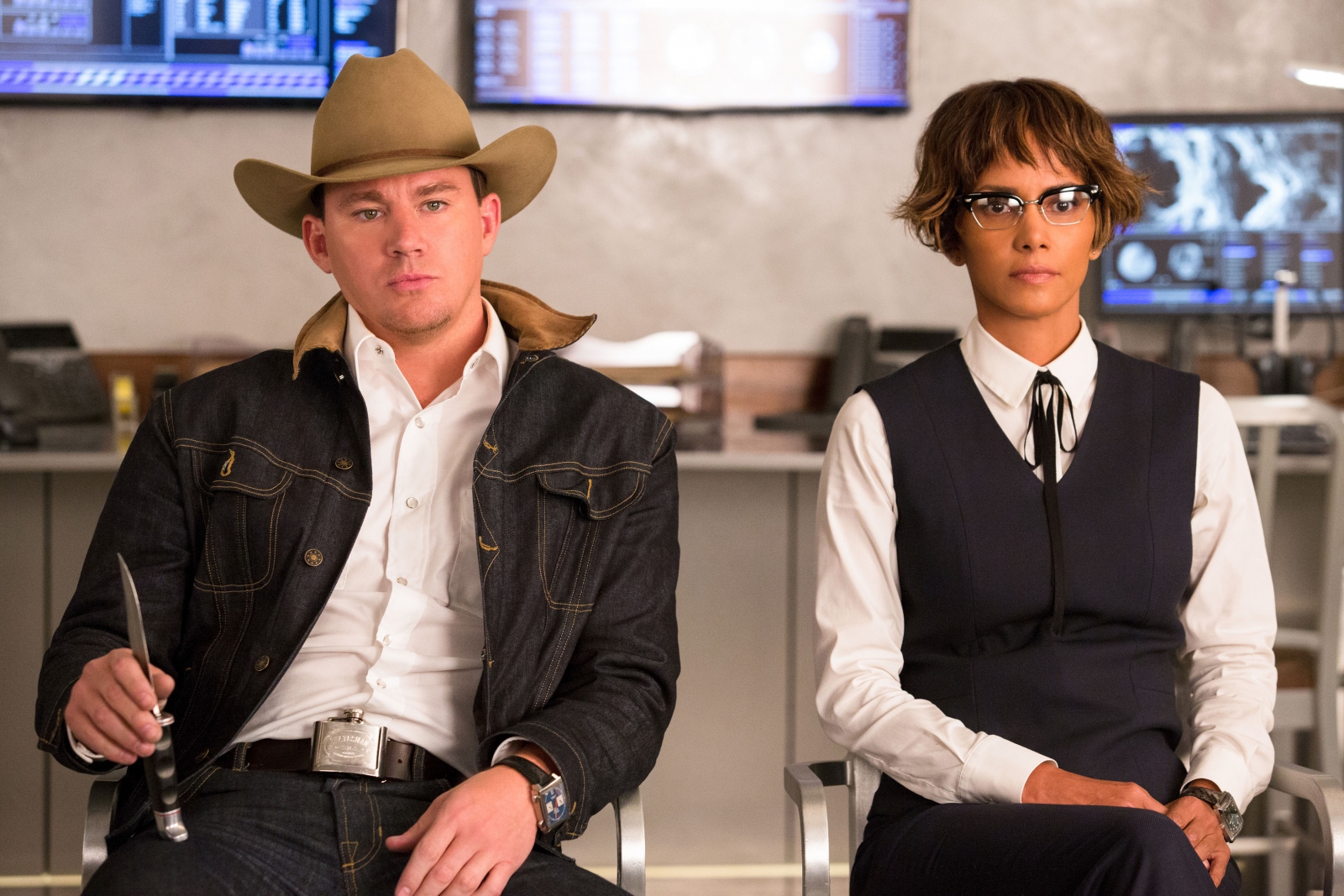 Among the numerous completely ridiculous moments in “Kingsman: The Golden Circle” — many of which are too vulgar for me to repeat in this space — is a sequence in which Elton John, dressed in an outfit of technicolor peacock feathers, jump-kicks a goon in the face while smiling at the camera.

Stunt casting, tongue-in-cheek bombast, absurdity and violence: In that one shot, “The Golden Circle” is summated quite well.

The first film in this series, “Kingsman: The Secret Service,” carefully toed the line between suave and silly. Audiences, perhaps starved for a bit of espionage levity in the age of a very gritty Bond, responded more to the silly bits — and thus, this second film operates firmly in the realm of the zany.

Galahad (Taron Egerton) is at the top of his game: He’s a rising star in the Kingsman, an off-the-record intelligence operation, he’s dating a literal princess and he’s surrounded by close friends. Unfortunately, most of those friends and most of the Kingsmen are destroyed when a robotic arm, left behind in a thrilling opening-scene tussle, hacks into the agency’s servers and sends guided missiles at pretty much everyone of consequence.

This leads Galahad to visit his organization’s American equivalent, the swaggering, whiskey-soaked Statesmen; it also leads to a stunning roster of lauded performers, including Colin Firth (returning in spite of his character’s demise in the first picture), Channing Tatum, Jeff Bridges, Julianne Moore, Halle Berry, Bruce Greenwood and Emily Watson.

The “Kingsman” pictures are quite violent — though this gore falls under the umbrella of comic-book splatter rather than visceral realism, so it’s easy to overlook. And there are undoubtedly moments which will provoke more eye-rolls than gales of laughter (to say nothing of some head-scratching political undertones, which are quite possibly accidental and definitely best ignored). But for those willing to shut off decidedly large portions of their brain, “The Golden Circle” is good fun.

An interesting conversation could be had about the recent crop of horror films, and what they say about the direction of the genre. Does the smash success of “It,” which will probably end up being the top-grossing horror film ever, speak to a certain big-budget, Marvel-style future for horror? Do the humble but enduring returns for “Annabelle: Creation” speak to a desire for connected universes and jump scares? Does the furor over “mother!” mean audiences want cerebral attacks in lieu of traditional scares?

Whatever that conversation may yield, “Friend Request,” out today, proves one thing: movies still have to be, you know, good. And “Friend Request is definitely not.

A popular college sophomore is approached by a shy outcast. They briefly strike up an awkward friendship, but when the weird girl gets weird, the cool girl starts avoiding her. Then people start dying. It’s a by-the-numbers plot (with a depressing don’t-trust-the-weird-kid flavor) done very poorly; there are no fresh scares, most of the machinations are cribbed from ’90s slashers (not the good ones) and there’s nary a fine performer in sight.

The makers of “Friend Request” should simply be happy that their terrible film will throw a few pennies in the hat during horror’s most profitable year. Those who make the mistake of buying a ticket, however, will decidedly not be pleased.

Filmmaker Mike White is best known for the playful Jack Black comedies “School of Rock” and “Nacho Libre,” but his passion lies in internal narratives (with the HBO series “Enlightened” serving as perhaps the best example). In the quiet drama “Brad’s Status,” a moderately successful dad (Ben Stiller) accompanies his teenage son (Austin Abrams) on a college tour while considering his life: Did he do well for himself? Is his marriage OK? How about a legacy of some kind? Is that his son, or is it something else? He’s got a cadre of superstar friends at the top of their respective fields — great turns there by Michael Sheen, Luke Wilson and Jemaine Clement — and reckoning with their lives and his own will prove illuminating. “Brad’s Status” has shaky moments owing to an omnipresent voice-over narration; I’m curious to see a cut of this movie where we’re left merely to consider what Brad is thinking, rather than hear it. Overall, though, it’s an interesting and quietly lovely film.

The Montage: Margot Lee Shetterly, the author of “Hidden Figures” — adapted into a well-seen but under-awarded 2016 film — will appear Tuesday at The Neighborhood Academy in Stanton Heights to discuss her book, the American space program and more. General admission tickets start at $100, with VIP opportunities available; click here for tickets … Row House Cinema kicks off jailbreak week with “Coffee, Croissants & French Cinema,” featuring a screening of Jacques Becker’s “Le Trou,” coffee from Espresso a Mano and baked goods from La Gourmandine. Click here for more info … “Turn it Around: The Story of East Bay Punk,” a history of the influential scene which produced acts including Green Day and Rancid, opens today at the Hollywood Theater. Iggy Pop narrates the film; get tickets here.