Help Sousa make his dream of running Superior Motors a reality by pledging funds toward his Kickstarter campaign. 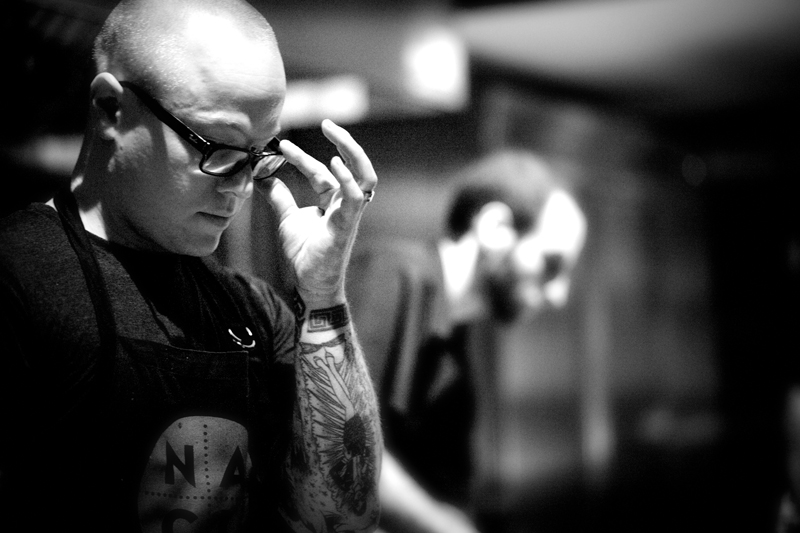 SOUSA RAISES FUNDS FOR NEW BRADDOCK RESTAURANT
For his next venture, Kevin Sousa has turned to Kickstarter to raise necessary funds — $250,000, to be exact. He plans to house the Superior Motors restaurant in the building of the same name, a former auto dealership in the heart of Braddock. Our imaginative 2011 Chef of the Year also wants his next place to involve the community through outreach efforts, including on-site cooking sessions for neighborhood residents. Braddock’s first new eatery in years also would have ready access to nearby gardens — plus its own, on the rooftop — and an apiary, so fare would feature locally produced ingredients.

If Sousa meets his fundraising goal through crowdsourcing, he can get to work on Superior Motors, which would likely open in 2015. If he doesn’t, he’ll move on. Care to help make his dream a reality? You can support his plan until Jan. 6.

FUKUDA HOLDS FIRST TORO FESTIVAL
Hoon Kim of Fukuda sources seafood with care, often receiving shipments from Tsukiji Market in Japan. On Dec. 10, he kicked off the city’s first Toro Festival, which takes its name from tuna’s prized underbelly, generally used in sushi. The purpose of the fest is to teach locals about how to cut and prep fish — and even speak basic Japanese. You can, literally, get a taste of the fest Dec. 16, when Fukuda takes over Bar Marco’s kitchen during No Menu Monday. We got word that the Fukuda crew will be serving kumamoto oysters, among other dishes.

EATPGH RELEASES SECOND BOOK
Food fanatics Laura Zorch, Sarah Sudar, Amanda McFadden and Julia Gongaware of eatPGH have released their second book in time for the holidays. “Pittsburgh Chef’s Table” is filled with more than 90 recipes from local chefs and restaurateurs, plus plenty of mouthwatering photos and quirky writing. At home, you can now recreate Hilary Zozula’s cashew cheese from Eden or Justin Severino’s bone-marrow ravioli from Cure. Whether you’ve got a hankering for the unusual or comfort food, this book should offer something for everyone. When ordering the book online, there’s an option to have it gift-wrapped and/or autographed.

This article appears in the December 2013 issue of Eat Street.
Categories: PGHeats