The chef’s ambitious campaign to open a restaurant in Braddock becomes the site's most-funded restaurant project to date. 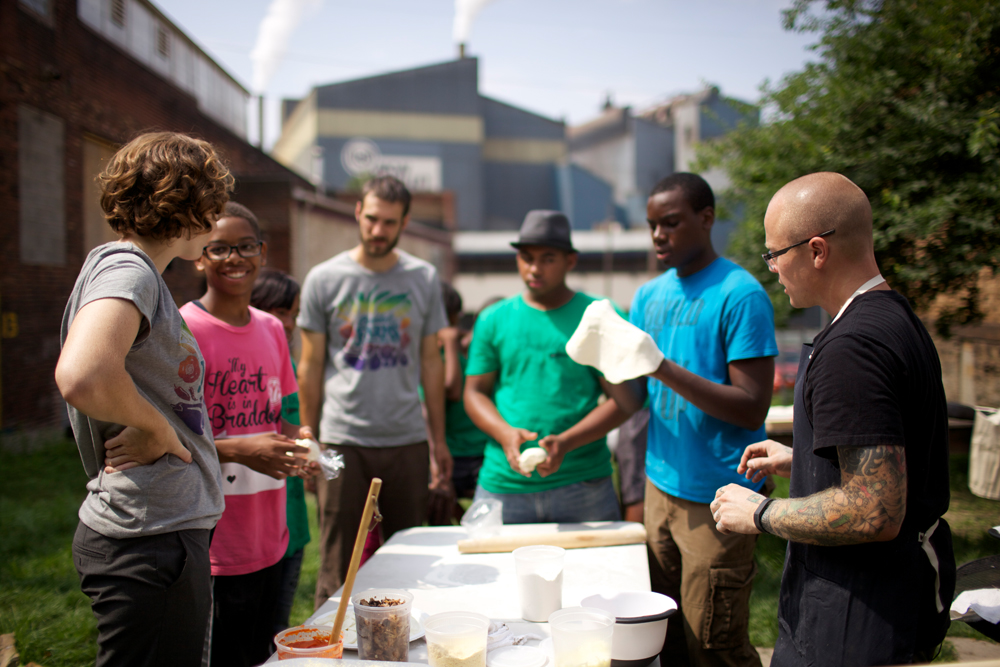 Last night, locals stayed up late — cheering, wishing, holding their breaths. It wasn’t during the final seconds of a sporting event, though: As the Kickstarter pledge tally continued to climb for Superior Motors, the ambitious restaurant project of chef Kevin Sousa, so, too, did our expectations that the eatery concept would become a reality.

Good news: We did it.

After a late-in-the-game surge in interest — attributed to grassroots social-media campaigns and mentions in blog posts, including those from CNN and Food & Wine — the pledge count went from about 50 percent to a number within reach of the goal. In the wee hours of the morning, the funds totaled $250,000, meaning that Sousa’s project had been successfully backed hours before the campaign ended.

Sousa posted his reaction to the outpouring of kindness: 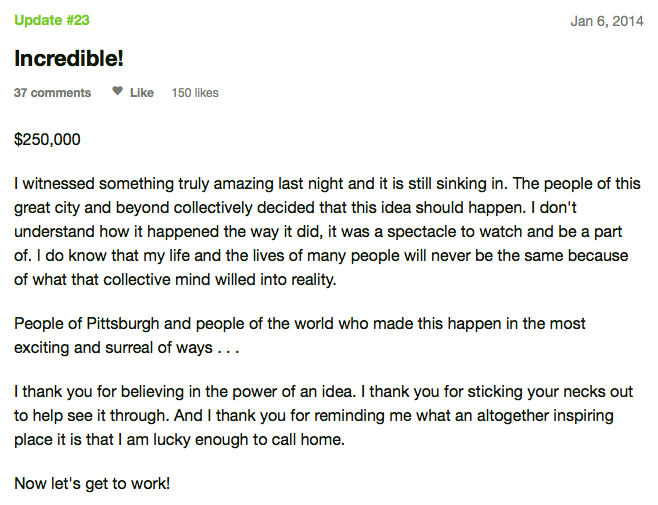 That is, in a word, awesome.

If you’d like to be a part of this, you have until 11:59 tonight to contribute to the movement, intended to spark change in the Rust Belt town once forgotten.

#Vote: Want Lovebettie to Perform at the GRAMMY Live show? Then help!


The clock is ticking as 40 national musical acts wait to hear who's chosen to perform at this year's GRAMMY Live concert, set for Jan. 23. The lucky group will perform onstage at Club Nokia and open for The Neighbourhood.

Local “swagger rock” outfit Lovebettie is among the finalists who are anxiously awaiting the announcement. Show your love for the band by casting your ballot between now and Jan. 10 at gig.cbs.com.


We're lucky to have a plethora of trails connecting us to various parts of the city. CNN recognizes the advantages of one in particular, the Great Allegheny Passage, and suggests that others use it, too. In the news organization's 2014 list of "50 States, 50 Spots," the GAP, our 150-mile-long trail connecting Pittsburgh to Cumberland, Md., represented the Keystone State.