Keeping up with the Basketball Joneses in Pittsburgh

Pitt has its refurbished house in order, RMU has a spectacular new home and Duquesne is working on one. That should get the local programs back in the game of NCAA Tournament contenders and participants. 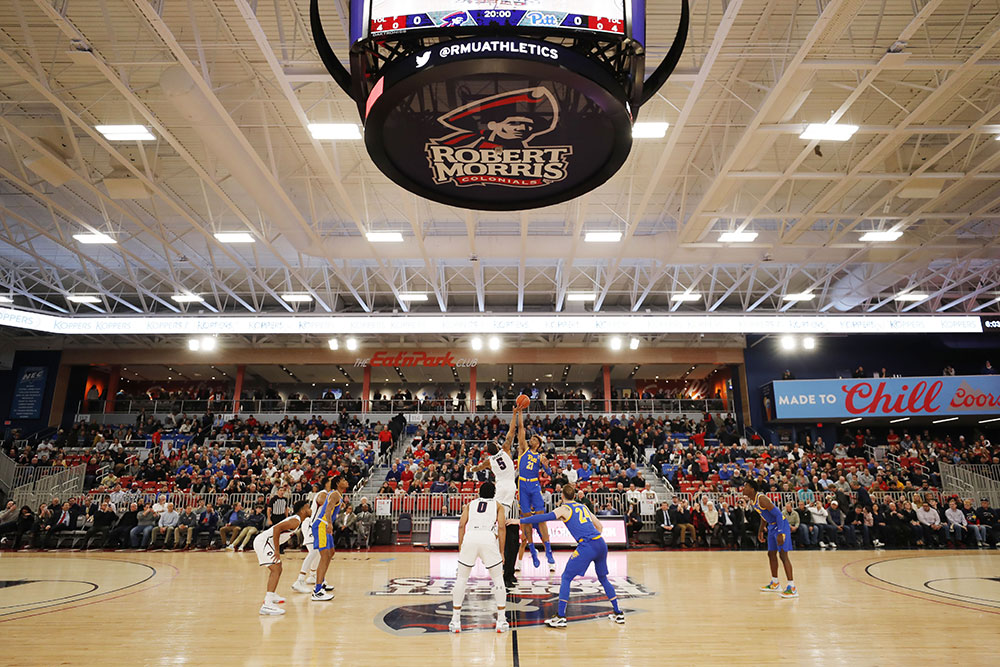 Among the lasting snapshots that captured just how special a night it was for Pittsburgh basketball in general and Robert Morris in particular were one from before the game had even started and one from approximately a half an hour after it had ended.

The Colonials took the floor for the first time at Peoples Court at the UPMC Events Center in Moon Township by descending a set of isle steps that cut through the student section.

And Pitt’s Jeff Capel had his postgame media session interrupted by and eventually cut short due to a fireworks display blasting away outside.

Visiting coaches probably need not worry about such a distraction moving forward (there’s only one opening night and for RMU basketball, it was Tuesday night against the Panthers).

But Colonials guard Josh Williams said he hoped the entrance through the student section would continue (I do, too; the display of school spirit and camaraderie between varsity athletes and the student body had to warm the heart of even the most hardened cynic).

Those students had been standing at the ready at least an hour before tipoff, as had the pep band, cranking out the atmosphere. And they stayed engaged throughout, as did the majority of the sellout crowd of 4,034.

But for Robert Morris, the game has changed.

And for college basketball in Pittsburgh, it continues to change for the better.

Once a Sweet 16 staple, Pitt hasn’t made an NCAA Tournament since 2016 and is trying to resurrect competitive prowess in the ACC and on a national stage under iits second-year head coach, Capel. But in addition to Capel, a disciple of the legendary Mike Krzyzewski at Duke, the Panthers have the Petersen Events Center, which was already a Cadillac of arenas and has been refurbished for this season.

It feels like a matter of “when,” not “if” at Pitt (not this season, but soon thereafter).

Duquesne, which hasn’t been to the NCAA event since 1977, is likewise keeping pace in the facilities arms race. The Dukes are in the process of turning the Palumbo Center into the UPMC  Cooper Field House via an estimated $45 million reconstruction. In the interim, Duquesne is playing at PPG Paints Arena, at La Roche University and at Robert Morris this season.

Third-year head coach Keith Dambrot looks and sounds like the right guy in the right place at the right time to take advantage of the massive upgrade. 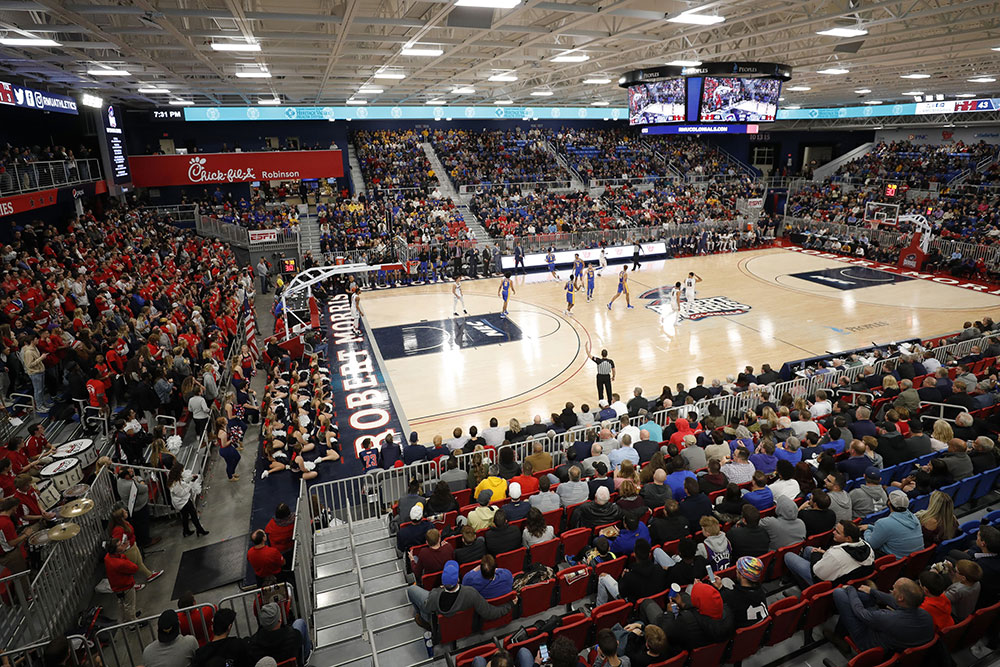 Andy Toole took the Colonials to the NCAA Tournament in 2015, the eighth time RMU had qualified in its program’s history. So you can get there from here.

Getting there while playing home games at the Sewall Center, which opened in 1985, established Toole’s bonafides.

The new digs won’t give him an easy pass to get back to the Big Dance, but the Colonials are back in the fast lane.

The just-debuted venue has all the necessary bells and whistles at first blush, yet still manages to provide an old-school, intimidating-band-box vibe. Maybe it’s the low ceiling. Maybe it was the juxtaposition of Pitt and RMU fans on Tuesday night, trying to out-cheer and out-chant one another while a game that was tied at halftime played out in a manner that lacked precision but overflowed with passion.

Whatever, the atmosphere was magical.

And the possibilities are once again intoxicating, not just for Robert Morris but across Pittsburgh’s college basketball landscape.

That’s something to celebrate.

Something worthy of fireworks, even if it cut short Capel’s explanation of why guard Trey McGowens found himself so at home in the lane in the second half in RMU’s dazzling new home.