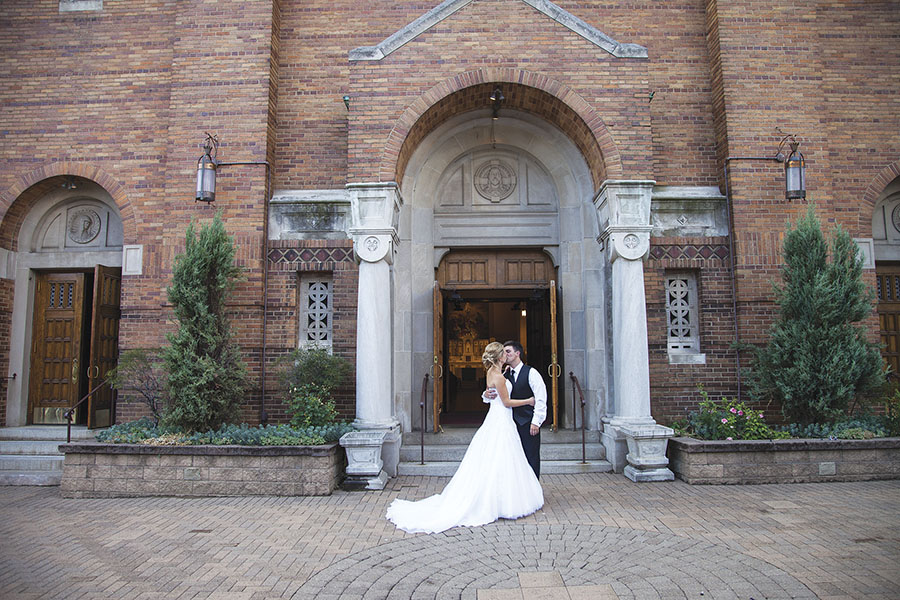 Katie Stohlberg and Corey O’Connor say they never worried about not having enough in common. The civic-minded pair met in 2010 while working for U.S. Rep. Mike Doyle of Forest Hills — Corey as a full-time staffer in his first job and Katie as an intern. Katie, 24, now works for the Allegheny County Housing Authority, and Corey, 29, is serving his first term on Pittsburgh City Council, following in the footsteps of his late father, former Mayor Bob O’Connor.

Corey began wooing Katie almost immediately after meeting her. During her first day on the job, Corey told her it was his responsibility to take her out to lunch, and Katie fell for it. 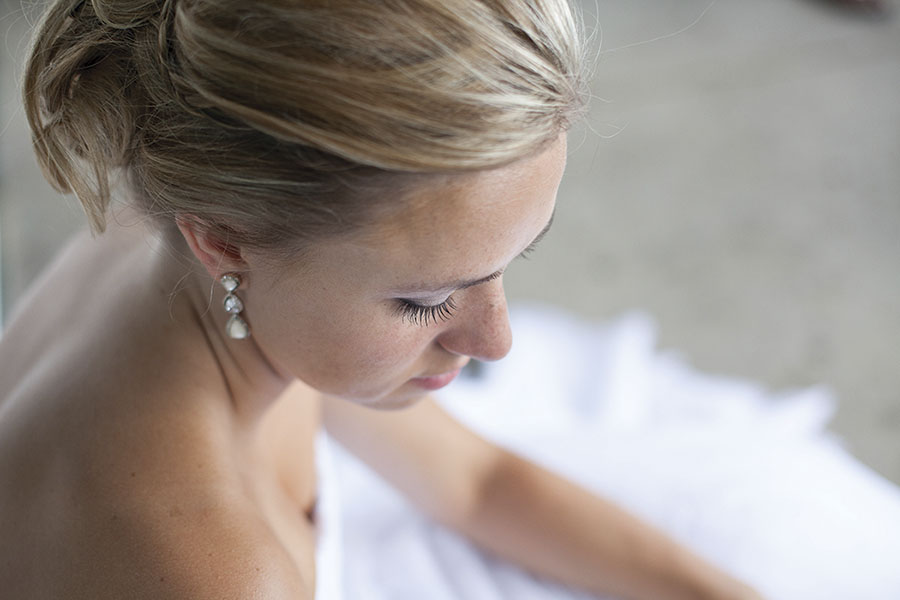 A few weeks later, Corey remained nervous about inviting Katie on a real date, so he asked a friend to call and pretend to offer him tickets to a Pirates game. Corey asked Katie if she’d like to go with him, and she agreed. Corey then had to scramble to purchase the tickets.

That year, Katie was completing college coursework at Penn State University and coming home on weekends. After Corey decided to run for the council seat representing Squirrel Hill, Greenfield and other nearby neighborhoods, their “dates” consisted largely of campaigning, Katie jokes. 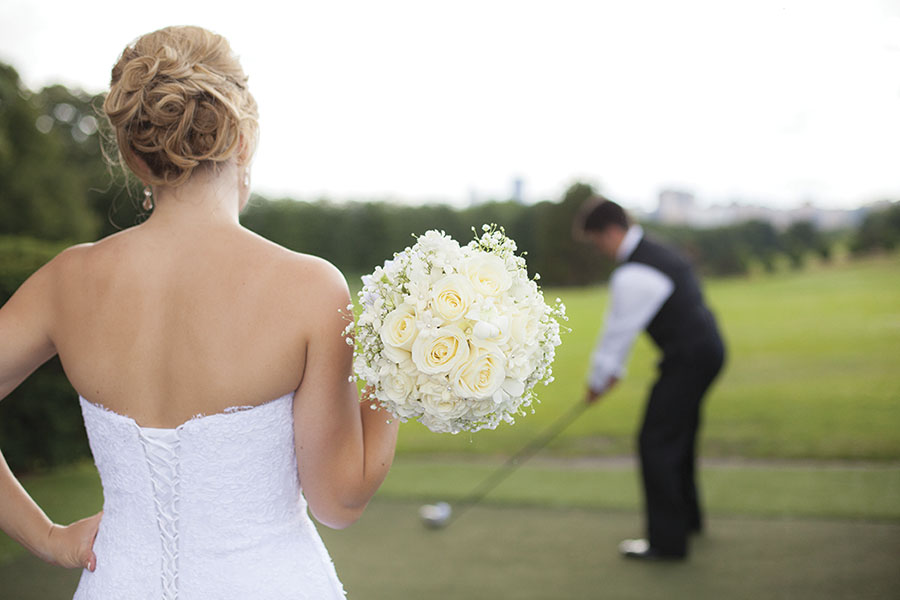 “It was all romance every time I was home,” she says with a smile. “It was fun. It’s always eventful.”

Katie and Corey say they enjoy time together no matter what they’re doing. They like relaxing when their schedules allow and playing with their chiweenie dog, Tippy, which Corey gave to Katie for a birthday gift. He later proposed by hiding the ring in a pocket in the dog’s sweater. 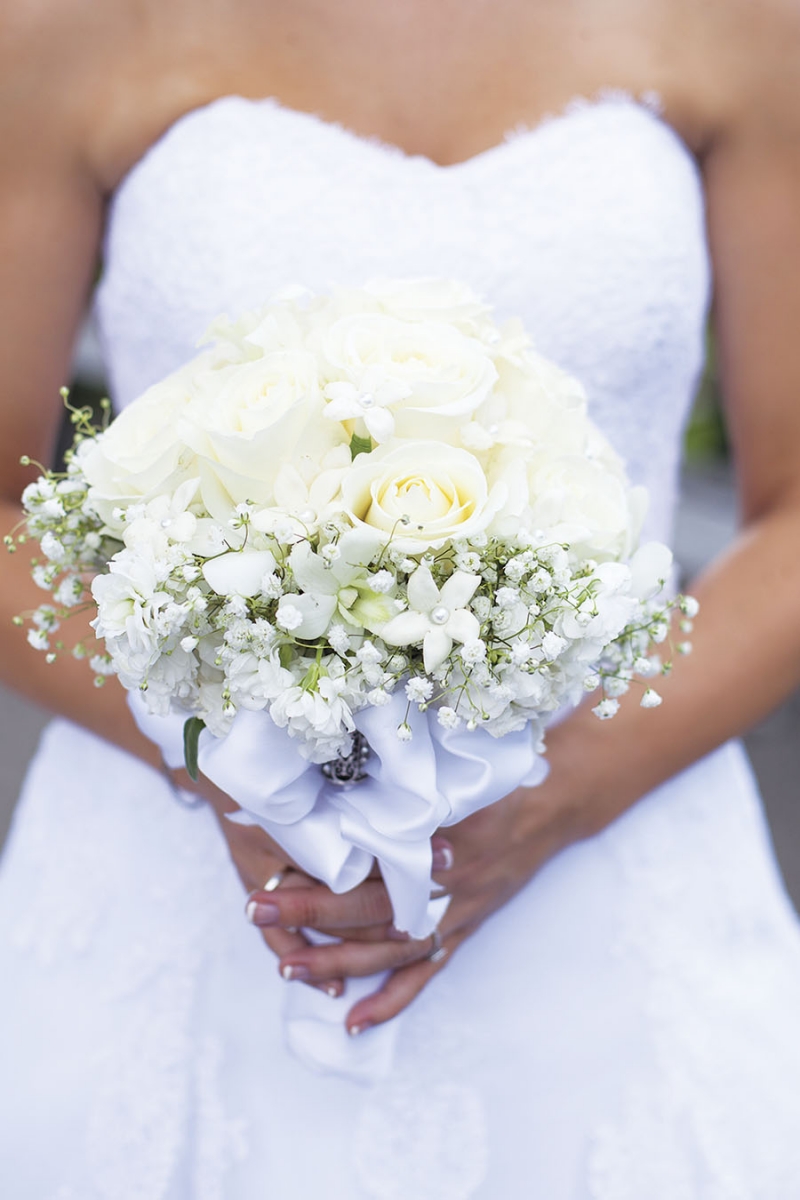 That night, they went out to dinner, and Katie contracted food poisoning.

“My parents say: The worse the engagement, the better the marriage,” she says.

Their wedding day included a tribute to Corey’s father — the couple took pictures on the Bob O’Connor Memorial Golf Course in Oakland. They also posed in front of the newly reopened Point State Park fountain as well as the Clemente Bridge. 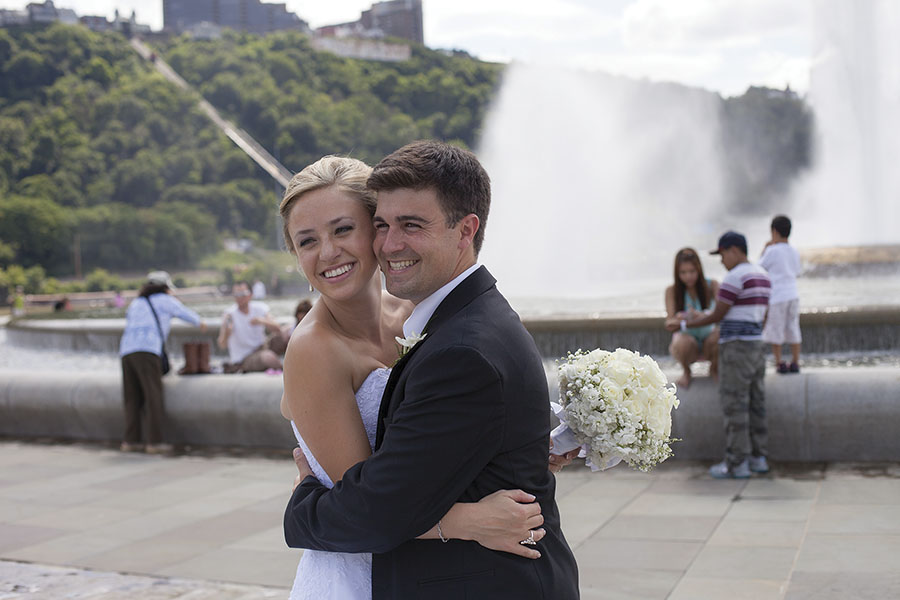 The wedding was held at St. Rosalia Church in Greenfield — the parish of Corey’s father — and Corey’s older brother, the Rev. Terry O’Connor, officiated.

“It was overwhelming seeing everyone there for you,” says Katie. “It was so much fun.”