How else would the chef/owner of Cure celebrate being named People’s Best New Chef - Mid-Atlantic? 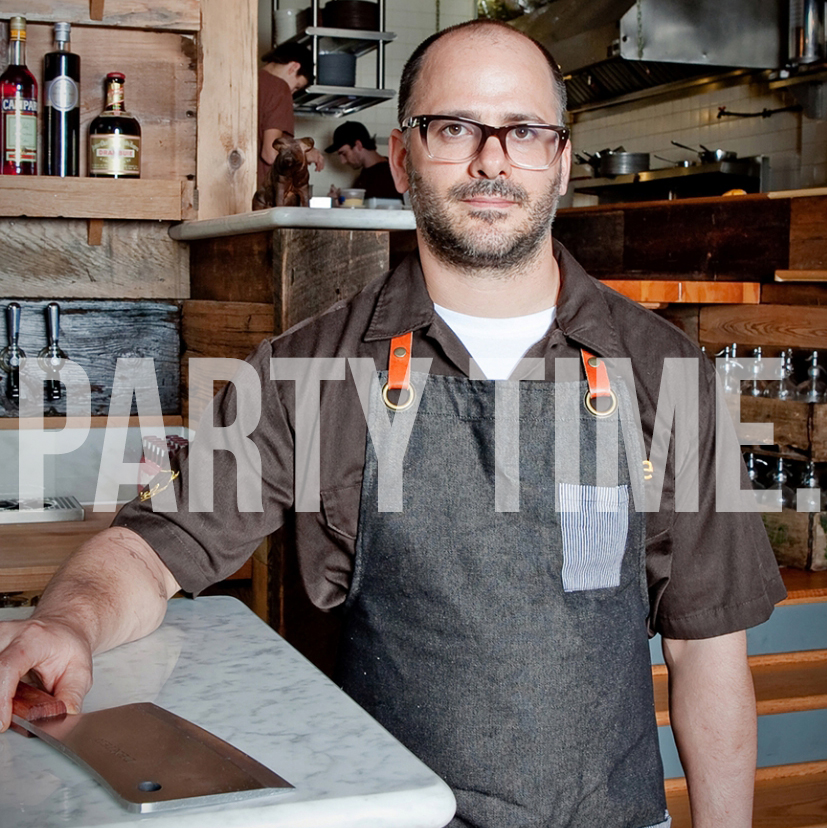 It’s common to make a Champagne toast for a special occasion. But sipping Veuve Clicquot or Cristal in the shower? Must be a chef thing. 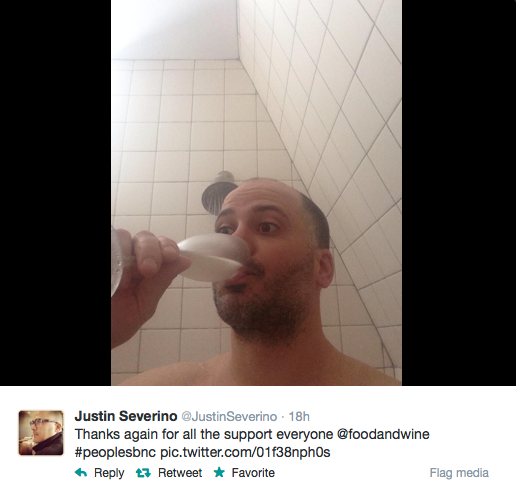 Congrats to Justin Severino, our 2013 Star Chef, on being named the People’s Best New Chef – Mid-Atlantic. Food & Wine yesterday announced its 10 winners from various regions across the U.S. After the magazine editors selected 100 chefs, they allowed the public to vote for one chef per category at the end of March.

The Cure chef and butcher extraordinaire was quick to thank Pittsburghers for their support. Want to get better acquainted with Severino? Check out our review of Cure from 2012.

#Buzz: Redditors discuss a topic that’s near and dear to the hearts of ’Burghers — neighborhoods 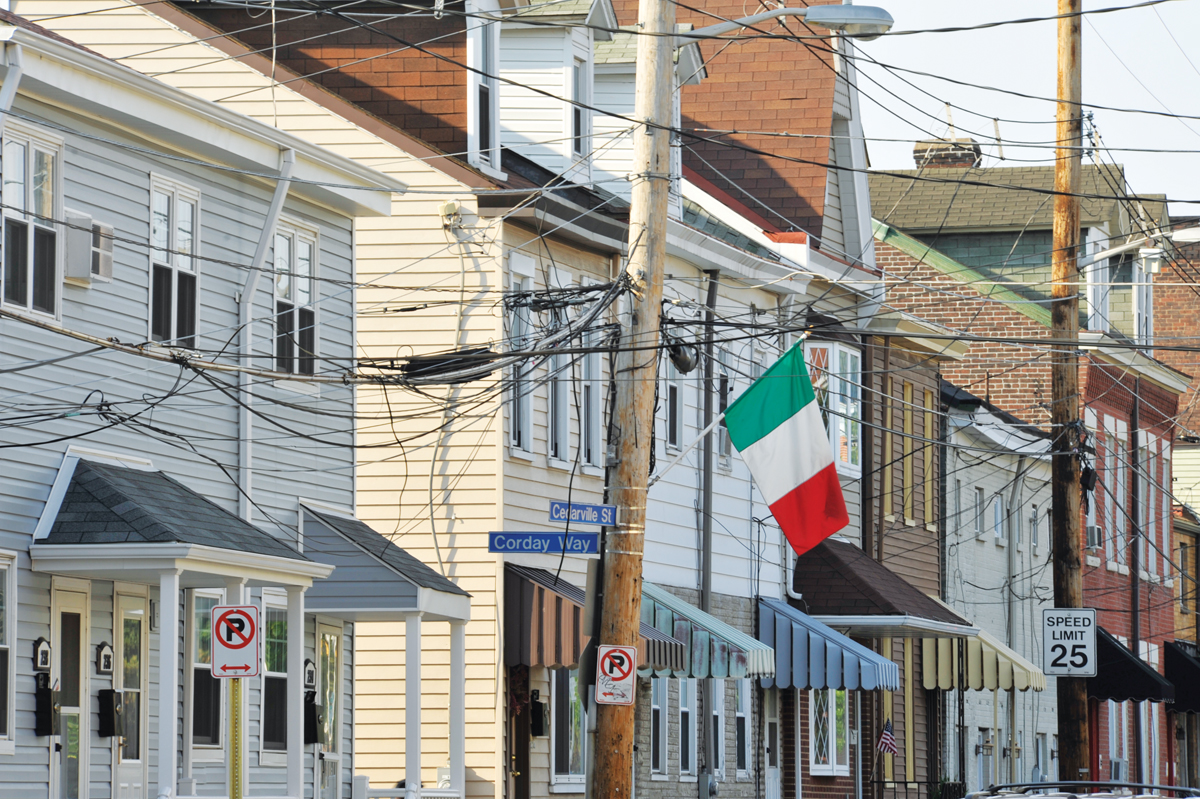 We all know the jokes about Pittsburgh neighborhoods. There always will be some tension between longtime residents of Steelers Country and newcomer transplants who hail from rival cities (we’re looking at you, Cleveland). As long as it’s good-natured, differences in the dynamics from one neighborhood to another are a sign the city is changing with the times.

But how up-to-date are Pittsburghers’ stereotypes about their own neighborhoods? After all, with 90 distinct neighborhoods in the city, keeping up-to-date on what’s happening in each isn’t easy. This question is the subject of a lively Reddit discussion, which has prompted denizens — some calling Brighton Heights, Beechview and other less-publicized areas home — to discuss whether some of their neighborhood stereotypes hold up to scrutiny.

The recent influx of Hispanic residents into Beechview has brought some welcome variety to the local cuisine, one commenter says.

Meanwhile, a user who lives in the Strip District, which is known for offices, shops and eateries, says it’s actually a quiet place on weekends. (We assume that’s a reference to the period after markets close for the day — sometime in the early evening.)

Several Redditors also point out that North Side neighborhoods hold some well-kept secrets. In contrast to the assumption that the neighborhoods in this area are universally dangerous, Manchester’s historic district is worth checking out, according to one user. Another user mentions that Brighton Heights, which isn’t as commonly known as some other North Side communities, is a safe, peaceful place to live.

Check out this interesting — and, considering the medium, mostly civil — Reddit chat for more rebuttals to popular stereotypes about Steel City’s many neighborhoods.

Check out these baby birds —  the newest, toughest chicks on the block.

The bald eagle couple now nesting at the old site of the Carnegie Steel Homestead hatched the last member of its brood yesterday.

The birth of this feathered trio is a milestone: It’s the first time in more than 250 years that America’s mascot has made a home on the banks of the Mon; we can thank organizers of recent river clean-up efforts. Welcome back to the ’Burgh, eagles.

Check out this live eagle cam to see more of the majestic birds.

#Swag: Get your 2014 Shark Tank shirt, hop on the Bucs’ bandwagon 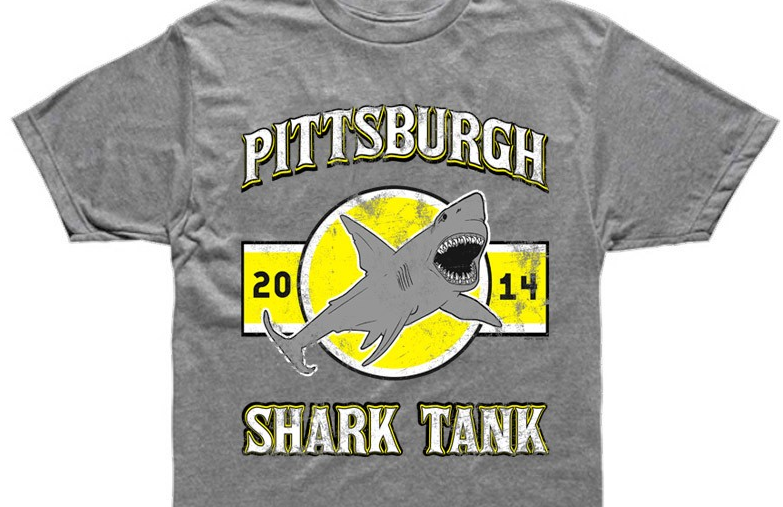 With the glow still lingering from last night’s 16-inning, Disney-theme song-fueled win against the Cubs, now is a good time for Bucs fans to show off their loyalty. But why settle for old gear? Official Shark Tank shirts for the 2014 season now are available. Some proceeds go toward helping former Pittsburgh Pirate Sean Casey’s organization, which gives special-needs kids a chance to play ball.