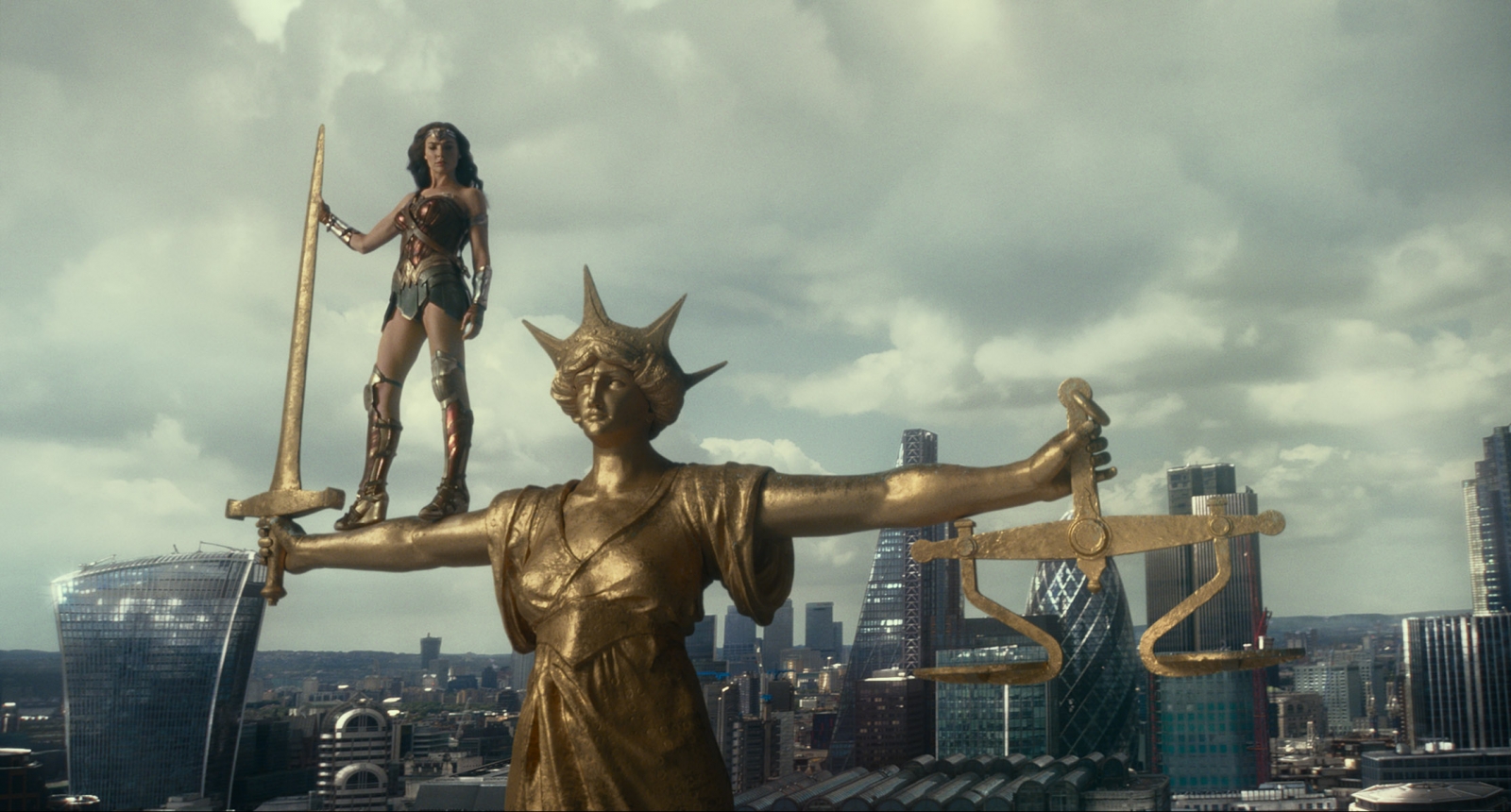 A certain sense of apprehension should accompany you en route to a showing of “Justice League.” If you are a comic-book fan, you are likely resigned to seeing the superhero team-up flick no matter what — with that roster of caped icons involved, how could you not, after all — but after several missteps in DC’s recent past, you have every reason to be nervous.

Then again, “Wonder Woman” was fantastic — and much of the marketing for this new chapter in the DC Extended Universe has focused on her. Did Patty Jenkins’ excellent blockbuster turn the tide, or was it merely the exception to the rule?

Set immediately following the events of the maligned “Batman v Superman: Dawn of Justice,” wherein the Caped Crusader and the Man of Steel learned to work together before Superman was killed by the great beast Doomsday, “Justice League” sees a world distraught over the death of its greatest hero. An ancient evil, Steppenwolf — no, they never play “Magic Carpet Ride,” and yes, that is a missed opportunity — revives to try to take over the world in Superman’s absence, leading Bruce Wayne (Ben Affleck) and Diana Prince (Gal Godot) to assemble a group of heroes to take on the new threat.

“Justice League” is better than its predecessor in that it is simple and direct. The threat emerges; the team is built; the team fights the bad guy. There are no narrative tangents, like those that bogged down “Batman v Superman,” and the film has a clear drive to its conclusion, unlike “Suicide Squad.”

The whole affair does, however, feel sadly perfunctory. Assembling the Justice League is both the draw and the end goal of this film; it has no purpose other than to get this crew on screen together, something that is inevitable from the opening frame. The villain is an utter non-factor, easily the blandest of the modern comic-book flick villains (and that is a tough title to claim). There is never even a shadow of doubt that he’ll be handily defeated with no lasting impact to our several protagonists.

Once again, Godot’s performance as Wonder Woman is so perfect that it keeps the movie afloat, with an assist going to Ezra Miller’s turn as The Flash. Jason Momoa’s Aquaman is immediately irritating and clunky; I’m afraid of the spinoff flick Aquaman will be getting next year. Ray Fisher (as Cyborg) and Affleck sink harmlessly into the background.

There are glimmers of quality in “Justice League,” and it does serve as something of a course correction from the utter misfire that was “Batman v Superman.” As is usually the case with DC films, however, it’s a great disappointment that a film featuring this roster of icons is OK at best. DC and Warner Bros. set out to create a shared cinematic universe without a clear idea of what they wanted to do with it; now, the heroes have to pay the price.

I am loathe to give bad marks to the efforts of Pittsburgh native and “Perks of Being a Wallflower” author Stephen Chbosky, but his directorial follow-up to “Perks,” the family drama “Wonder,” is a dud. Based on the YA novel by R.J. Palacio, “Wonder” concerns the life of young Auggie (Jacob Tremblay of “Room”), a precocious 10-year-old living with facial deformities as the result of birth defects. “Wonder” follows Auggie as he enters school after years of homeschooling, exploring his impact on classmates and family. The school scenes are full of forced optimism and moralizing, and the home scenes (while more interesting) are given short shrift. The film is saccharine to a fault and invariably cloying; while it’s frequently repeated message, a simple plea for kindness, is noble, it is delivered in terms far too heartstring-plucking to be taken seriously. Tremblay does a fine job with the admittedly adorable character, but “Wonder” sinks under the weight of its own self-importance.

Presumptive Oscar contender “Lady Bird,” directed by hipster auteur Greta Gerwig, reaches Pittsburgh screens this weekend; those familiar with Gerwig’s work should know that it’s her finest film yet, while those unfamiliar with the writer/director should learn who she is now. Gerwig cedes the starring role (she usually takes the lead in her writing efforts) to the sublime Saoirse Ronan, who gives the strongest performance of her already enviable career as a middle-class Sacramento teenager grappling with uncertainty and a difficult mother (Laurie Metcalf). Don’t mistake this for a weighty meditation, however; “Lady Bird” is remarkably funny, particularly in its observations of middle-class behavior and adolescent awkwardness. It’s irresistible, and Ronan is guaranteed a Best Actress nomination; see it now so you get to be the one recommending it to your friends.

The Montage: The Tull Family Theater in Sewickley has a number of special holiday screenings coming up: Two shows of “The Sound of Music,” scheduled for Nov. 24 and 25 (the former date is a sing-along screening); “National Lampoon’s Christmas Vacation” on Dec. 5; “Miracle on 34th Street” on Dec. 12; and “It’s a Wonderful Life” on Dec. 19. You can get plenty of holiday shopping done near the theater, too … Those who saw the above-average “Murder on the Orient Express” remake in theater can compare to the original, as Row House Cinema shows the 1974 version as part of its Whodunit Week. The lineup also includes “Who Framed Roger Rabbit,” “The Girl with the Dragon Tattoo” and cult classic “Clue” … Filmmaker Chris Ivey’s “East of Liberty” documentary series gets a screening at Regent Square Theater tomorrow … Palme d’Or winner and Best Foreign Language Film frontrunner “The Square” continues at the Harris through Nov. 30 … I’ll have a report on the grand opening of the new Rangos Giant Cinema, replacing the Omnimax theater at the Carnegie Science Center, next week in The 412.