Katie Calano and Mekael Teshome virtually brought their worlds together for their revised ceremony. 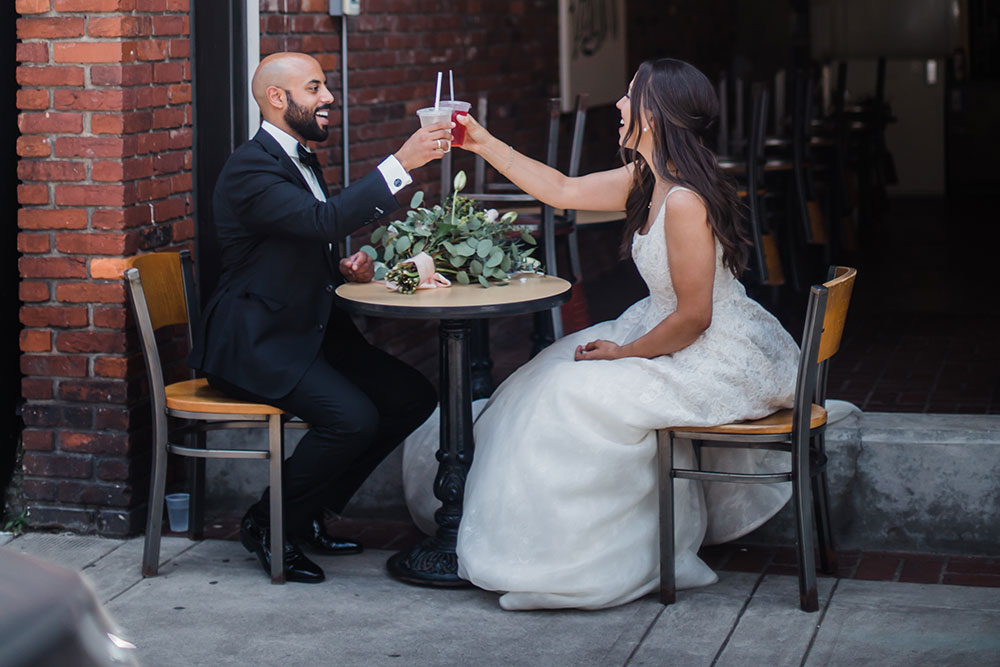 Kathryn “Katie” Calano and Mekael Teshome were exploding with excitement for their Fourth of July wedding. Along with their families finally meeting, their 300-person guest list would include their closest friends and family spanning four different continents.

“We didn’t want an elaborate thing,” Teshome says. “We wanted the people we loved to come together, so that’s why we ended up having a big invitation list.”

Both come from large circles of trusted friends and close family. Teshome, who immigrated from Ethiopia at the age of 13, has kept great friendships with those who helped him along his travels for school and work, while Calano has a large network of friends and family as a Pittsburgh native. 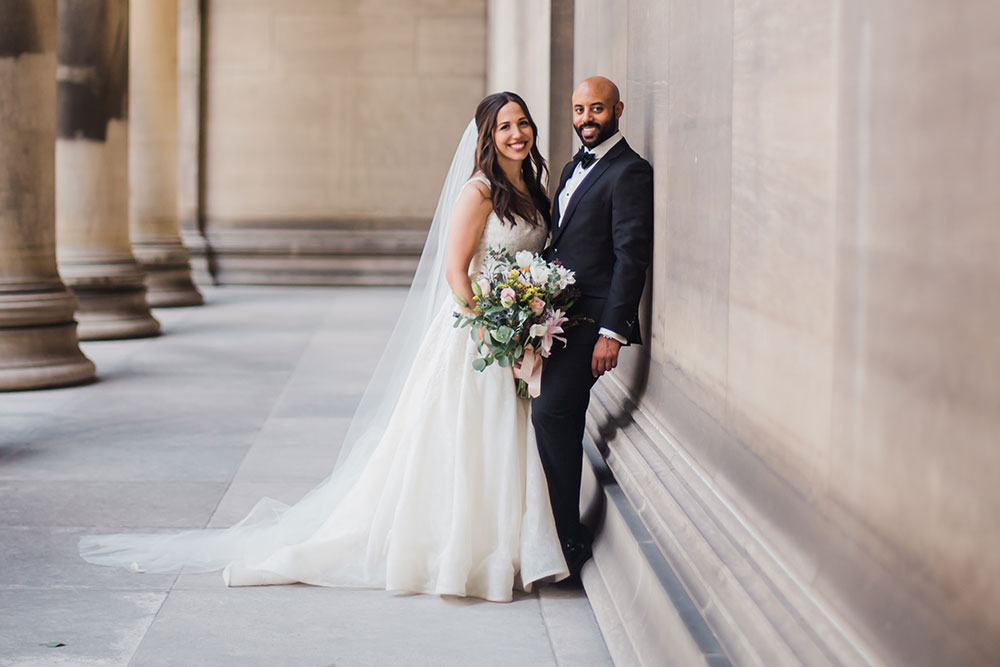 After a big celebration at Holy Trinity Greek Orthodox Church in Wexford, they planned to finish the day downtown watching the spectacular fireworks show. The couple was most excited about having a dance party with their loved ones.

“All the things we were looking forward to involved people,” Teshome says.

By mid-March, their hopes of bringing everyone together were clouded by the coronavirus. With the future up in the air, they hesitated to cancel the wedding. As the virus continued to spread, and the closing of the U.S. Embassy in Ethiopia prohibited Teshome’s family from obtaining travel documents, the couple decided to host a virtual ceremony. 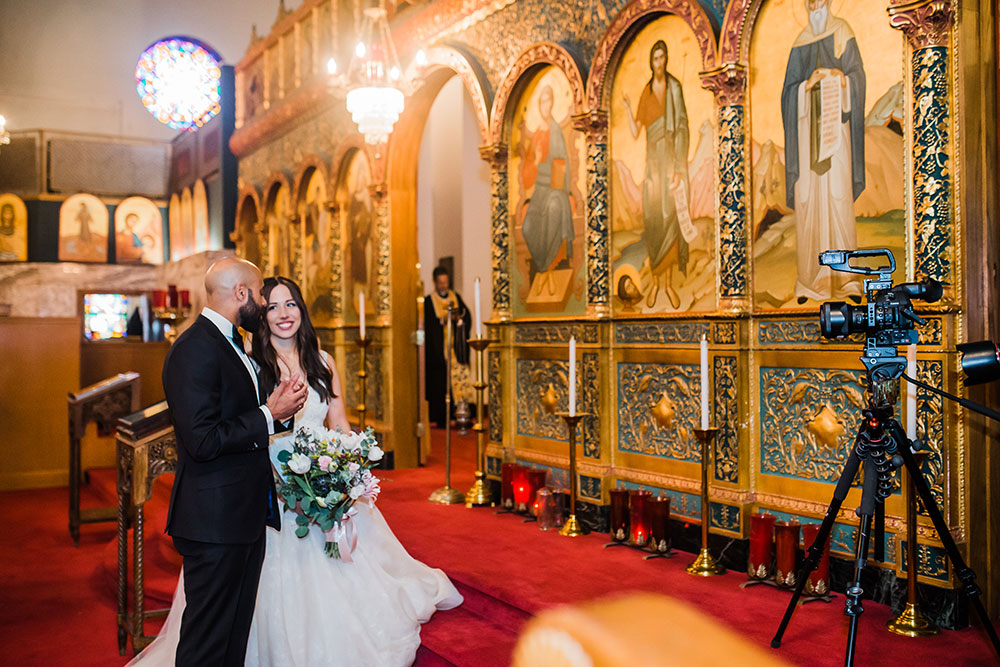 They immediately found a videographer, Rodger Obley, to stream live footage of their nuptials at Saint George Antiochian Orthodox Cathedral in Oakland and sent paper invitations asking their guests to tune in.

“It was really fun to send those out because it felt like a normal wedding,” says Calano.

While the event had changed, the amount of love and support had not.

On the morning of July 4, the bride’s parents helped her get ready for the ceremony, but stayed in the car to watch the livestream. Teshome’s priest in Ethiopia blessed the newlyweds over the phone before the couple signed off with a wave.

As they were being wed, those that were watching sent pictures and videos congratulating them.

“It was phenomenal,” Calano says about watching the toast videos from her loved ones. 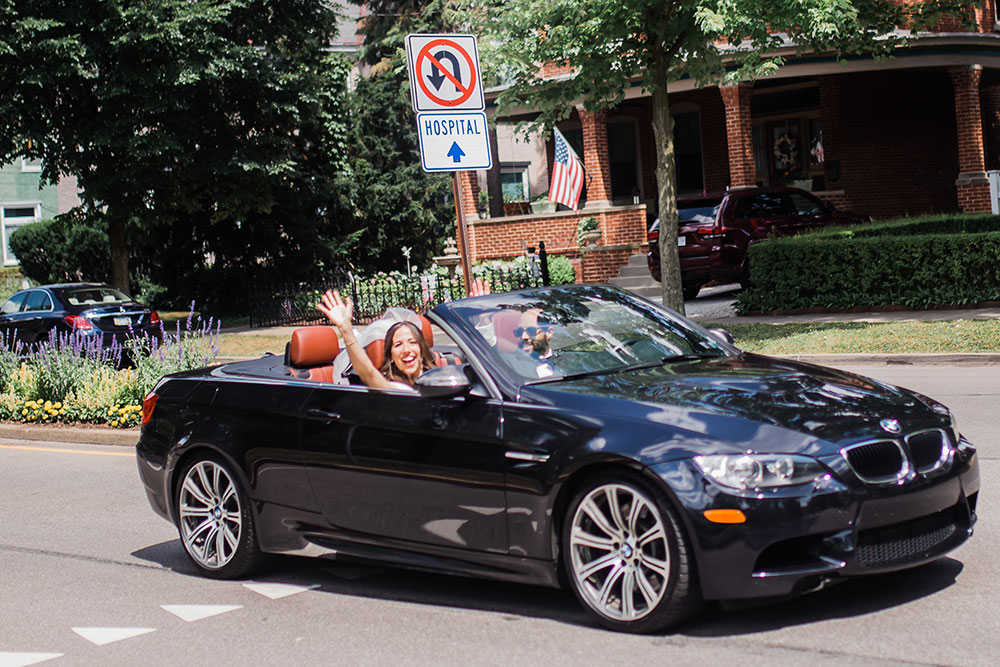 After the ceremony, the couple zipped around the city in a rented BMW M3 to celebrate. Their first stop was at Coffee Tree Roasters in Shadyside — the place they met at and became engaged. They received a final blessing from Calano’s priest at Saint Stephen’s Anglican Church in Sewickley and ended their day by driving-by to see the rest of Calano’s family.

“My grandma was able to see my dress,” Calano says. “They had a sign for us, they were playing music — it was really sweet.”

Teshome’s family lost WiFi in Ethiopia the morning of the wedding and were not able to see the marriage livestream, but the couple plans to celebrate their one-year anniversary with a rescheduled dance party that hopefully everyone can attend.