The general manager of Spoon in East Liberty works to keep service sharp. 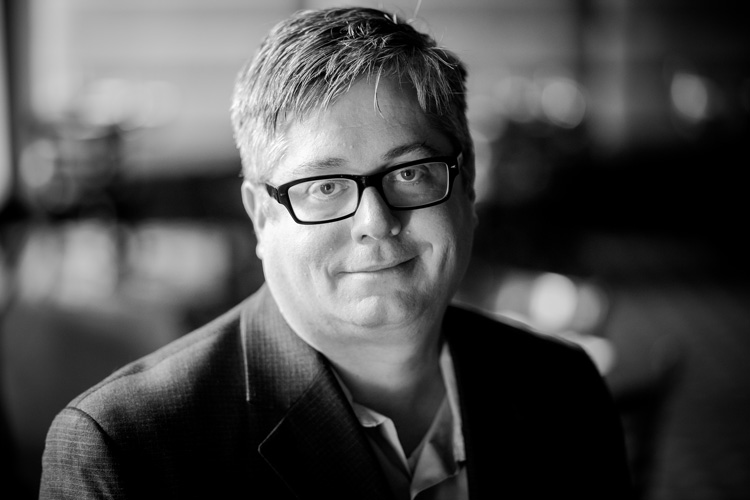 John Wabeck, the general manager of Spoon in East Liberty, sips a cold, crisp gin-and-tonic as he preps for the evening’s dinner service. The service-industry veteran has established a reputation as one of the city’s top front-of-house leaders since moving to Pittsburgh in 2012: he also serves as beverage consultant of the S&P Restaurant Group, which in addition to Spoon includes BRGR, G&G Noodle Bar and Willow.
​
Wabeck, 48, began his restaurant career when he was 15, working in the kitchens of quick-fire seafood shacks and pizza joints in Ocean City, Md. He later leapt into an elite culinary world, cooking in kitchens in Washington, D.C. and northern Virginia before transitioning into front-of-house positions in 2008 so he could fully focus on his master sommelier advancement. He’s since worked to keep alive a tradition that is in danger of being lost, at least in Pittsburgh, to both restaurant-goers and restaurant staff: the art of creating a perfectly catered and properly orchestrated dining experience that doesn’t feel stuffy.

Although the contemporary restaurant climate might encourage hosts to tell guests to “sit anywhere” or offer a trail nod instead of a “thanks for coming” as a goodbye, or for servers to auction off plates instead of delivering each specific dish to the guest that ordered it, Wabeck isn’t going to stop doing things in what he believes is the right way.

“I don’t think it’s that weird to care about good service. If you’re our guest, you’re not here for us. We’re here for you,” he says.
​
Wabeck says the first step to good service is following a basic rule, one that takes intuition and experience to get a sense of but is otherwise a pretty straightforward proposition. “You just need to pay attention to what people want,” he says.

Sometimes that’s a long conversation about the provenance of a particular bottle of Riesling, but more often than not it’s to take care of guests in such a way that they don’t even realize how they’re being tended.

For Wabeck, to lead proper service in the front-of-house is a logical leap from his early culinary training. “Just like a chef has to season their food in the kitchen, we have to make sure we’re doing things correctly on the service side. Nobody should serve you with an elbow in your face because they’re using the wrong hand. That’s our salt and pepper,” says Wabeck.

“I hope that attentive service never goes away. Enough people still care that we’re going to continue to do it.”