Finding a dog on the side of the road in South Carolina changed the lives of this Pittsburgh couple. 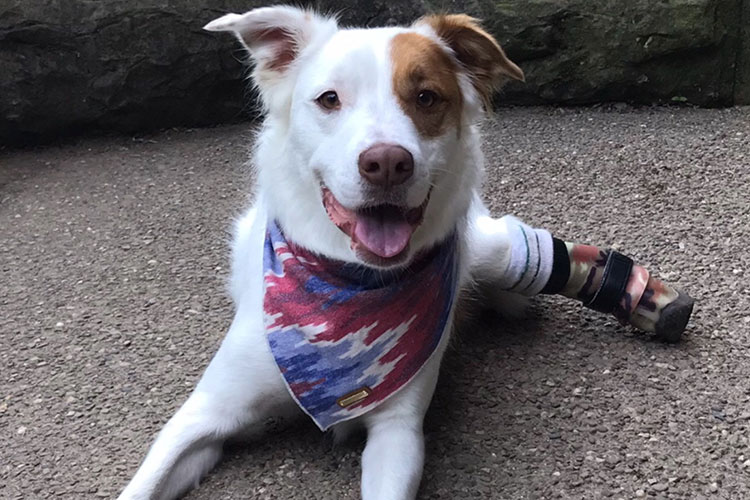 When he was just 6 weeks old, Joey the Dog was rescued from the side of a road in South Carolina. He was left there after his rear legs were intentionally cut off.

Tanya Diable and her husband Charlie adopted Joey, but they also wanted to do more for other dogs in need. They came up with Joey’s P.A.W. (joeyspaw.org), a nonprofit organization that provides funding for wheelchairs and prosthetics to dogs in need.

In their first year of operation, they’ve helped more than 80 dogs — and one goat — and made an appearance on “The Rachael Ray Show,” featuring adopted pup Boone (Joey is too fearful for public appearances). Joey’s P.A.W. — which stands for Prosthetics and Wheels — is 100 percent donation-based, and on Nov. 29, is holding a fundraiser at North Park Lounge in Cranberry Township to raise money for the upcoming year. 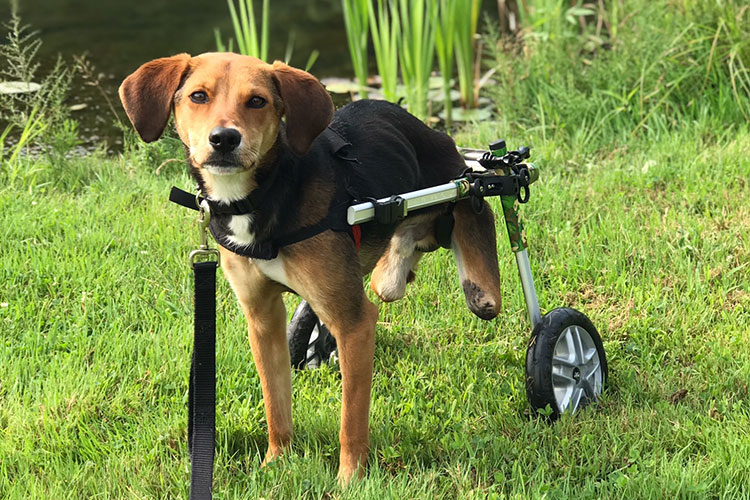 Tanya, the organization’s president, hopes to double the number of dogs the organization assists in 2019. “We’re not too big, but that’s OK,” she says. “We’ve gotta start somewhere.”

This article appears in the November 2018 issue of Pittsburgh Magazine.
Categories: Community Feature, From the Magazine, Hot Reads