On a special stop at Children’s Hospital of Pittsburgh of UPMC, Mt. Lebanon native Joe Manganiello visited children and brought an early screening of “Smurfs: The Lost Village.” 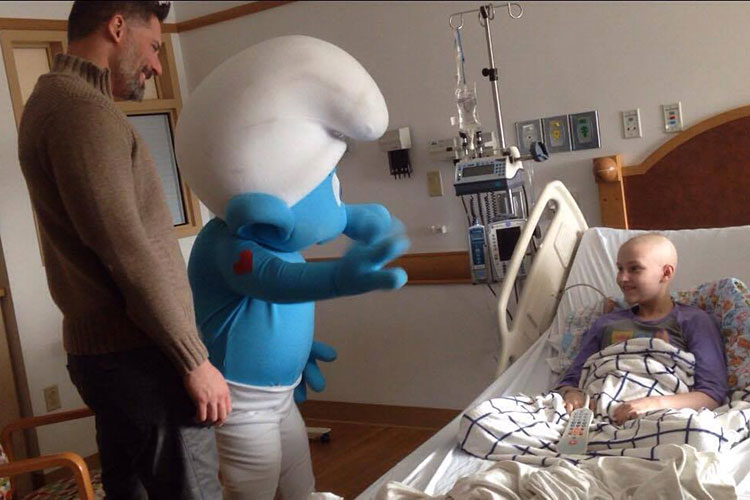 Joe Manganiello returned to Pittsburgh Friday with an advanced screening of “Smurfs: The Lost Village” for children and families at Children’s Hospital of Pittsburgh of UPMC. Manganiello was accompanied by a life-size version of Hefty Smurf, whom the star voices in the first fully animated Smurfs movie, on visits with several children before the screening.

Keeping his focus close to home, Manganiello has worked with Children’s Hospital for years; he joined their Foundation’s Board of Trustees this year to help coordinate events and fundraise. While he’s visited Children’s Hospital in the past, many of the hospital’s patients might not have been familiar with his work in series such as “True Blood,” “One Tree Hill” and “American Heiress.” Manganiello cited a desire to better connect with kids at Children’s as a motivating factor in his push for more kid-friendly projects, such as the “Smurfs” sequel.

“I also have a 2-and-a-half-year-old niece and a 2-year-old nephew, and I wanted them to be able to see something that Uncle Joe was in,” Manganiello said at a press conference before the screening. 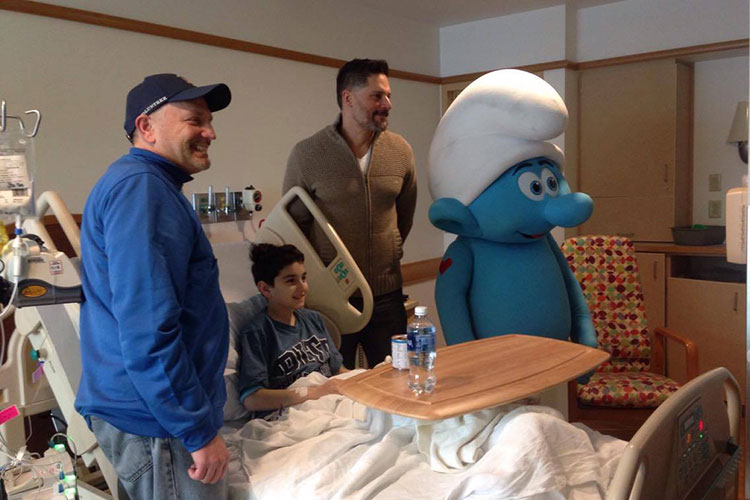 As Manganiello and Hefty Smurf made their rounds, they asked kids about their hobbies and interests. Manganiello’s experiences in Hollywood provided fun facts and stories he shared with the kids — including working with military consultants for the “Call of Duty,” series, which one 13-year-old patient cited as a favorite.

“I love this city, and I always want to be a part of the community,” Manganiello says. “It’s something that makes me feel really good — to be able to come back and share the success that I’ve had out west, and help raise money. Sony Pictures was kind enough to let me bring this movie home.”