Reviews of the horror sequel "Jigsaw," "Goodbye Christopher Robin" and "All I See is You," plus local movie news and notes. 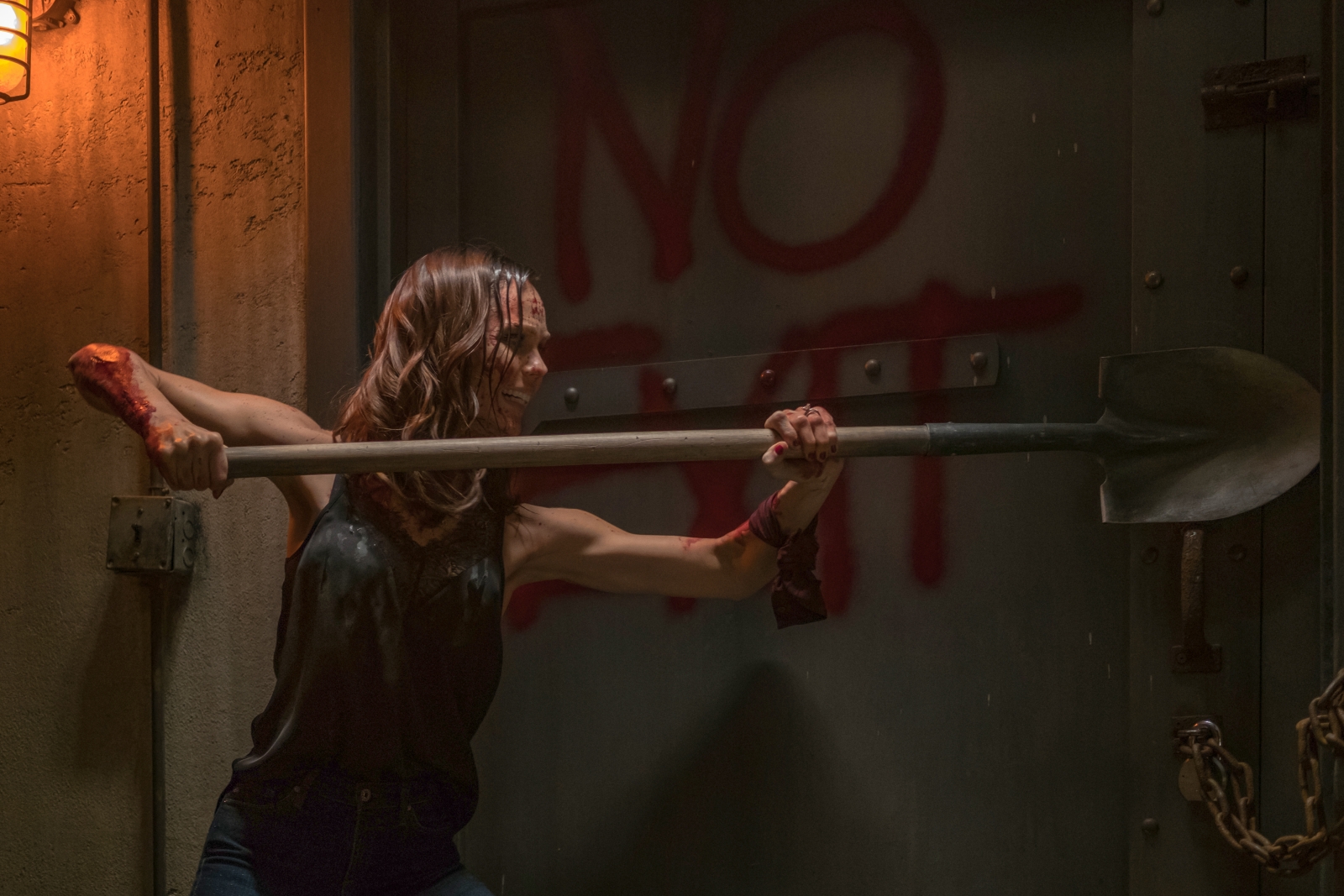 The creators of the “Saw” franchise, now eight films deep, would have you believe it is a tense and winding thriller meditating on man’s capacity for change and redemption.

It’s not that, either. (Though that’s closer.)

What this franchise really is, I’d say, is the extreme version of every network police procedural: filled with twists, turns and more retconned reveals than you can shake a dismembered arm at; cheaply made with journeyman performers turning in serviceable, if not memorable, work; and concerned with the minutia of overly involved crime scenes.

We just get to see all of the gruesome stuff here. On TV, they only describe it.

In “Jigsaw,” the first film in the series since 2010, it’s more of the same. Despite the fact that John Kramer, the fastidious killer played by Tobin Bell, has been dead for a decade, a new round of slayings matching his M.O. have begun. We meet a roster of flawed souls as they navigate a deadly maze of challenges. A new crew of law enforcement personnel, most with some demons of their own, arrive to unravel the carnage.

The series’ greatest strength has always been its Agatha-Christie-but-with-gore sequences inside Jigsaw’s chambers of torment; its greatest weakness has always been its belief that the audience is concerned with Kramer’s life story. Fortunately, “Jigsaw” has a lot of the former and not too much of the latter (and it correctly assumes that viewers are not exactly versed in the plot details of latter “Saw” installments, so does not expect you to remember characters and details from the series’ lesser efforts).

If you’re not on board for grisly violence, you probably checked out on this series long ago; this is not the time to come back. But if you’ve ever enjoyed the series, you’ll find “Jigsaw” to be a more respectable entry than the franchise has seen in some time.

I’m sure they’ll ruin the goodwill I have in another couple years of diminishing returns, but I’m pleased enough for now.

As promised, one of the city’s last remaining neighborhood movie houses reopens today, as Regent Square Cinema welcomes patrons for the first time since May. A projector issue led to an unceremonious summer closing amid further turmoil at the theater’s parent organization, Pittsburgh Filmmakers (which last month announced it will not mount its signature event, the Three Rivers Film Festival, in 2017).

The theater returns with a five-day Halloween celebration dubbed “Regent Scare.” Among the offerings: the locally shot, low-budget 1980 film “Effects,” loaded with Romero cohorts; two versions of “Dracula,” including the lauded Spanish version from 1931; a pair of ’90s Wes Craven efforts, “The People Under the Stairs” and “Vampire in Brooklyn”; and a pair of family-friendly frights, “ParaNorman” and “Wallace & Gromit: Curse of the Were-Rabbit.”

Tonight’s screening of “Effects,” scheduled for 9:30, will be free. Click here for a full lineup and schedule.

Do not feel that all late-October trips to the theater require frights, however; there are few more wholesome flicks to be found than “Goodbye Christopher Robin,” an account of the odd life of the boy who would inspire Winnie the Pooh’s storybook empire. Domhnall Gleeson plays A.A. Milne, while Will Tilston and Alex Lawther team up to portray Christopher R. Milne, whose forest adventures with his father and a set of stuffed animals inspired the creation of the iconic book (and later cartoon) series. “Goodbye Christopher Robin” has some lovely moments and interesting ideas but seeks to have its cake (depicting the difficulties imposed on the life of the young boy by fame and notoriety) and eat it too (glossing over the fact that C.R. Milne never truly reconciled with his parents). It nearly does a good job of arguing for a child’s need for privacy and personal attention, then shoves those questions aside in pursuit of a happy ending. Fans of Winnie and company will delight in the backstory, but for general audiences, “Goodbye Christopher Robin” fails to rise above the crop of self-serious Oscar bait that will begin to flood theaters just as soon as the holiday passes.

I imagine the most common reaction to “All I See is You,” a new thriller from director Marc Forster, will be apathy; it is a very forgettable movie. And yet, I did kind of like it. Blake Lively plays Gina, a woman seeking surgery to partially restore her sight. She was blinded by an accident as a child and in the interim married James (Jason Clarke), with whom she had a lovely relationship … until the surgery, which reveals that James was only truly comfortable with a spouse forced to rely on him. It’s a little more complicated than that — or maybe a little less — but it’s breezy and watchable, and Forster (along with cinematographer Matthias Koenigswieser and a game sound-design team) draws rich textures out of Gina’s changing vision. Sensational, sure, but good enough for an evening’s diversion.

The Montage: A brief and incomplete rundown of horror classics showing between now and Halloween in local theaters: The aforementioned frights (10 in all) at Regent Square Theater; “The Devil’s Backbone,” “Evil Dead II,” “Hocus Pocus” and “Suspiria” at Row House Cinema; “Halloween,” “The Rocky Horror Picture Show” and “Nosferatu” at the Hollywood Theatre; “The Crow,” “Rocky Horror” and “Ghostbusters” (a day late — that one’s on Wednesday) at AMC Waterfront 22; “Little Shop of Horrors” and “The Texas Chainsaw Massacre” at Cinemark Robinson Township; and “The Shining” at Manor Theater … The folks at Row House Cinema would once again like to remind you that they need your cat videos. Put your feline on the silver screen via the first Pittsburgh Cat Film Fest, which will include a program culled entirely from local submissions.