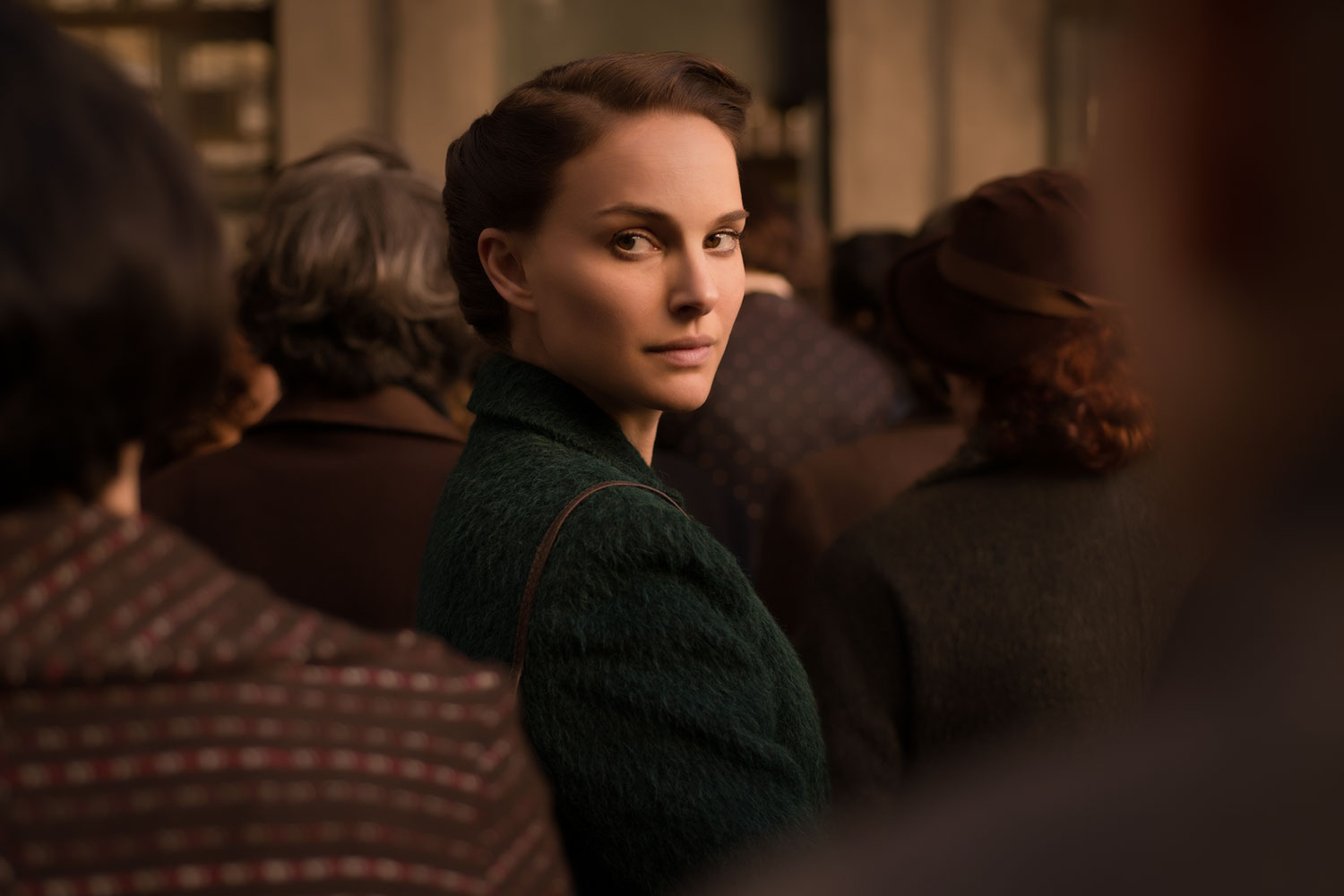 This year’s JFilm Festival, which opened last night at Squirrel Hill’s Manor Theatre, is loaded with local premieres — many of which are the kind of challenging independent cinema that rarely finds its way to Pittsburgh screens.

The festival’s closing night film is perhaps the most attention-grabbing. “A Tale of Love and Darkness” is the directorial debut of Oscar-winning actress Natalie Portman. Adapted (also by Portman) from the memoir by Israeli author Amos Oz, “Love and Darkness” depicts Oz’s upbringing in Israel; his family relocated from prosperity in Poland to uncertainty in Israel. Portman also stars in the film, which was warmly received at the Cannes Film Festival.

Other highlights among the fine lineup: “Cartoonists: Foot Soldiers of Democracy,” a documentary look at political cartooning in the aftermath of the Charlie Hebdo attacks; “Frank vs. God,” a comedy in which a modern-day Job files suit against the almighty; and “Remember,” a revenge drama starring Christopher Plummer and Martin Landau.

And, because this is Pittsburgh, there’s a football movie: “Touchdown Israel,” about the ongoing efforts to popularize American football in Israel. The Kraft family, owners of the New England Patriots, are involved, but don’t hold that against the film.

Most screenings are at the Manor, though a few are at other nearby venues (and one travels out to Seton Hill University). Click here for a full schedule, click here for film info and here for ticket info.

Since breaking out as part of the near-perfect comedy “Bridesmaids,” Melissa McCarthy has demonstrated an ability to effortlessly entertain in nearly any role. In a good comedy, she’s great; in a bad comedy, she’s still pretty good.

So if you head to the theater this weekend to see “The Boss,” a slapstick romp in which McCarthy co-stars with Kristen Bell, you’ll walk out of the theater praising her humor and commitment. She will have made you laugh.

Like I said — in a bad comedy, she’s still pretty good. And this is definitely a bad comedy.

McCarthy plays business mogul Michelle Darnell, a one-woman monument to conspicuous consumption and ruthless financial practices. She’s lured into a bout of insider trading in a scheme set up by her rival and former lover, Renault (Peter Dinklage, also quite funny), and ends up serving a short prison sentence; when she gets out, she discovers that all of her assets and property have been seized.

That means crashing on the couch of her former assistant, Claire (Bell), and hatching a plot to re-conquer the world by the way of muscling the local girl scouts (given different branding to avoid legal trouble) out of the cookie game.

The cast behind McCarthy is strong; Bell, in particular, remains one of the most underrated talents in Hollywood. But structurally, “The Boss” is a mess; instead of following any of the intriguing threads it sets up, it diverts into a snoozer of a second act about Darnell’s emotional distance and builds to an outright stupid action finale. The film also relies too much on jokes that are little more than hurled vulgarities; while I have no problem with dirty words, the key is using them well. “The Boss” has no idea how to do so.

As a matter of fact, it doesn’t know how to do much of anything at all. McCarthy and company steer it into humor here and there, but I shudder to think how much I would’ve hated “The Boss” without her in the lead.

Speaking of the proper employment of swear words, Jake Gyllenhaal makes a speech on that subject in “Demolition,” a small-scale drama that also debuts this week. The actor plays Davis, a yuppie who spirals into sociopathy after his wife is killed in a car crash. Rather than turn the tale towards violence or depravity, however, writer Brian Sipe allows Davis’ lack of direction spin the character into unexpected relationships with an underappreciated customer-service representative (Naomi Watts) and her troubled son (Judah Lewis). The way we get there is contrived and gimmicky, but the soul at the heart of “Demolition” is real — and the performance by Chris Cooper, as Davis’ traditionally grieving father-in-law, is a winner. Watts and Gyllenhaal do fine work, as always, and director Jean-Marc Vallée (of “Dallas Buyers Club” and “Wild”) is subtle and careful. If nothing else, there are a lot of scenes of people tearing buildings apart, which might provide some cathartic stress release by proxy.

Got a great idea for a short — very short — film? The Carnegie Museum of Art is looking for submissions for its second annual 2-Minute Film Festival. Submit your work of brilliance and brevity (either online or by mail — click the preceding link for all the specifics) by June 13 and your work could be selected to compete for top honors. More importantly, it’ll be publicly screened both at CMOA and, for a full week, at Row House Cinema. Start writing your script now — you’ll likely have some editing to do.

The Montage: There are two other new releases this week I haven’t had a chance to see as of yet. “Hardcore Henry” is an action movie that casts the viewer as the protagonist; it was made entirely with specially modified, face-mounted cameras. Early reviews are mixed, but I’m very curious to see how it turns out. There has been near-rapturous buzz, however, about “Midnight Special,” the supernatural drama from director Jeff Nichols. Both are playing now around town … The Hollywood Theater is hosting its third annual Twin Peaks Party tonight, featuring music by the Lynch-inspired outfit Silencio, a costume contest and more — including, of course, pie and coffee. The owls are not what they seem. Get your tickets here … Leading up to the release of his new comedy “Everybody Wants Some!,” Row House Cinema is playing four favorites from director Richard Linklater this week. Head to Lawrenceville for “A Scanner Darkly,” “Before Sunrise,” “Boyhood” and “School of Rock” … The director John Carpenter, also the composer of some of the iconic music that scored his films, has announced his first-ever live performances. The tour includes a July 10 stop at the Carnegie Library of Homestead Music Hall; info and tickets are here.