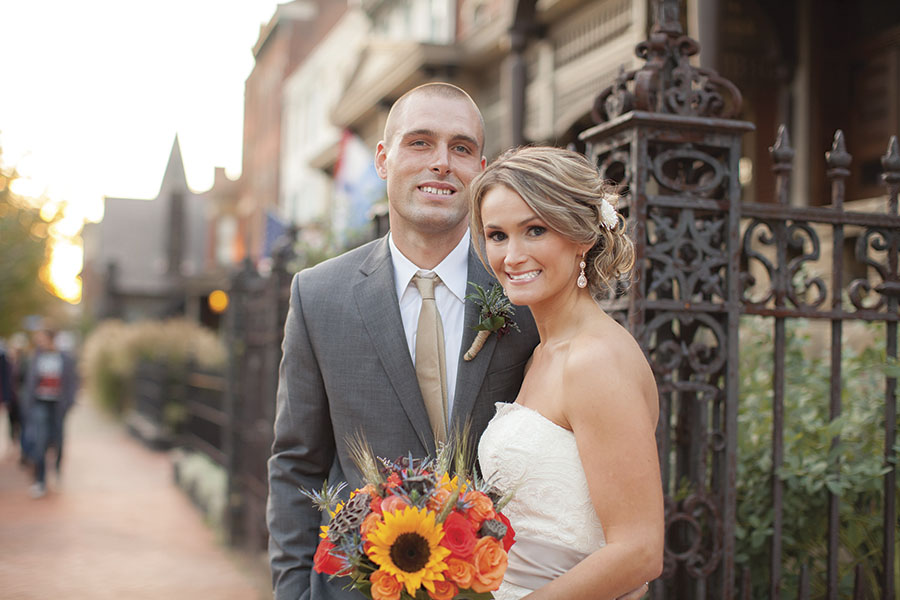 Jessica Stripay and Tanner Ilkin’s wedding day was all about them . . . and the North Side. They met in the neighborhood in September 2007, when they were students at the Allegheny campus of Community College of Allegheny County. They dated for four years before Tanner proposed on Christmas Eve 2011 in the North Side’s West Park. He purchased a home nearby for them, and they wanted to have their wedding day in the neighborhood they loved.

For their ceremony, they chose their home church, Allegheny Center Alliance Church, on East Ohio Street.

“Tanner and I were big about [showcasing] the city,” says Jessica. “Both of our families are from the suburbs, so most of our people were from the suburbs. I loved being able to just be here in our neighborhood and get pictures in the park [where they were engaged.]” 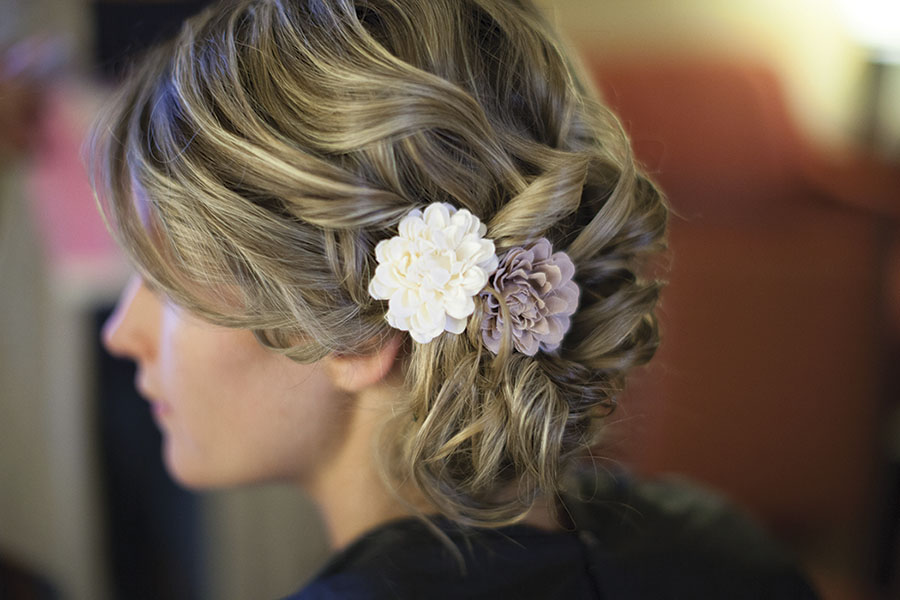 For the couple, the Mattress Factory was an obvious choice for the reception site because of its North Side location and because its staff was easy to work with, says Jessica.

Jessica’s engagement ring belonged to Tanner’s mother, Sharon Ilkin, who died two months after the couple got engaged. Jessica’s father, John Stripay, died four years ago, so her mother, Ellen Stripay, walked her down the aisle. 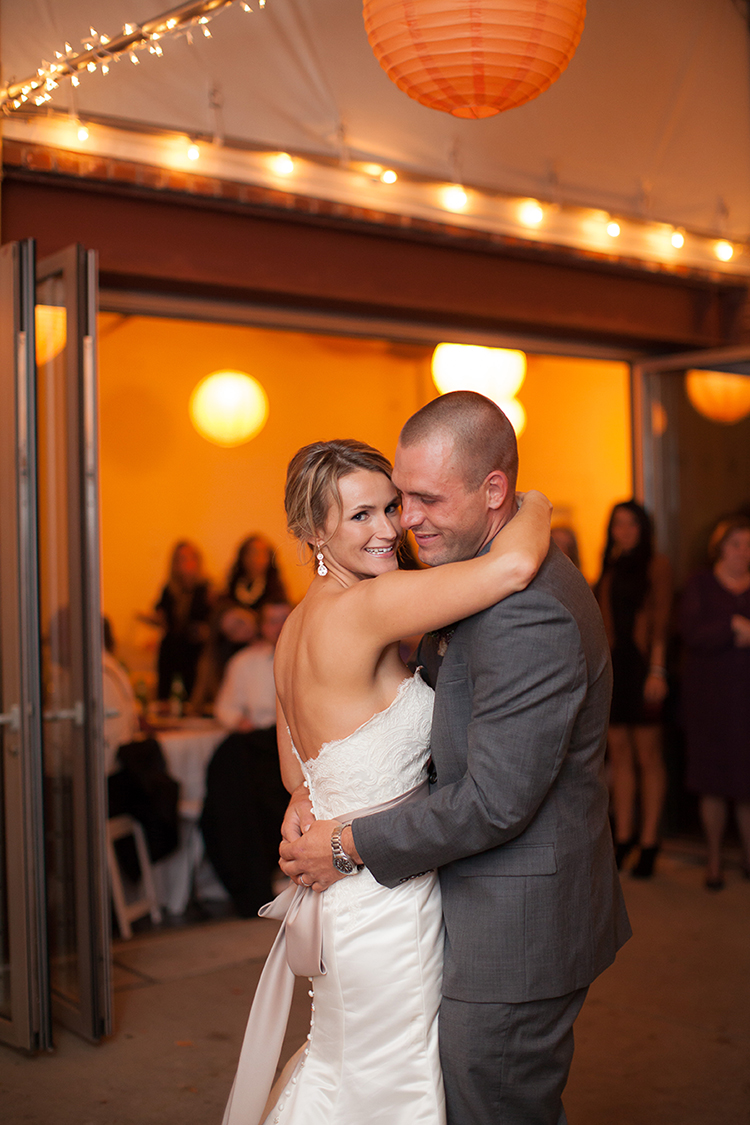 Tanner’s father, Tunch Ilkin, is a former player with the Pittsburgh Steelers and now a Fox Sports broadcaster. The director of men’s ministry in his South Hills church, the elder Ilkin offered a prayer for the couple before dinner. “We obviously wanted to have our first blessing done by him,” says Jessica.

The bride, who earned a master’s degree in education, says she and Tanner, who works in construction, appreciate each other’s independence. Although they were 21 and 22 when they met, they both supported themselves financially and had established clear goals for the future. Tanner’s family is humble as well, says Jessica, noting that Tanner never mentioned his father’s fame early in their relationship. Months later, she learned about his father’s high profile in a conversation with a friend.

“Their life doesn’t revolve around the Pittsburgh Steelers or even broadcasting. Their lives revolve around their faith in God, and that’s what you’d see when you walk into their home,” says Jessica. “I never would have known.” 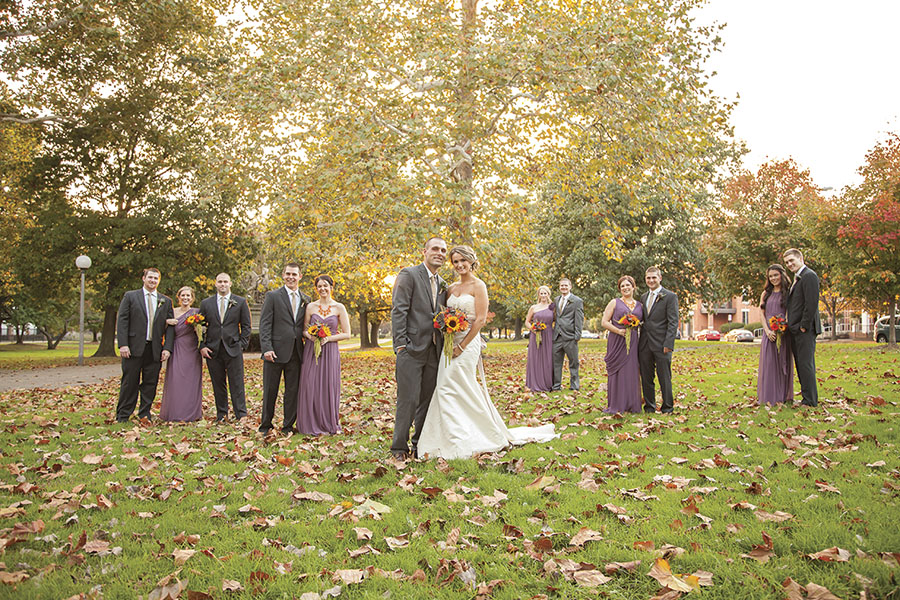