It's Pittsburgh vs. Philly in 'America's Ugliest Accent' Tournament

If we best the City of Brotherly love, we’ll advance to round No. 3 of Gawker’s competition. 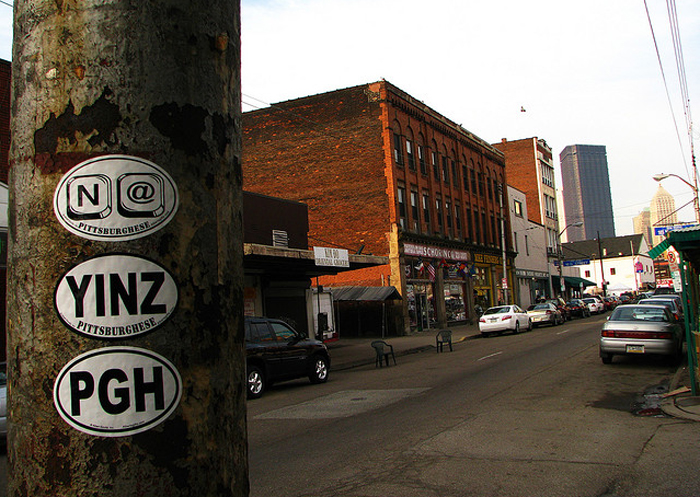 Do yinz want to win a contest? Now's our chance n’at. Gawker is holding a nationwide poll to see which city has the “ugliest accent.” The linguistics tournament currently is in round No. 2, pitting Chicago against Boston and Pittsburgh against Philadelphia. We Pittsburghers are a proud bunch — despite the poll’s unfortunate title, we want to win this darn thing.

Unsurprisingly, we cleared the beat Atlanta in the first round, 76 to 24 percent. Now we’re up against a familiar rival: Philadelphia. Right now, we have a sizable lead — 56 to 44 percent — but we have until 1 p.m. tomorrow to advance to round No. 3. So vote!

While you wait to see the results, check out this example of Pittsburghese in all of its butchered-English glory — a classic WDVE-FM “Pants N’at” skit.

Matt Onyshko is a firefighter at the Deutschtown station. Since being diagnosed with ALS, his fellow crew members have helped out in various ways. On Friday, several of them, along with his wife and daughters, accompanied him on "The Ellen DeGeneres Show" to tell his story. True to character, DeGeneres gifted money to the Onyshko family money to defray medical and autographed signature "Ellen" merchandise to the firehouse crew.