Is Theater Square the City's Most Underrated Hotspot?

How can you argue with dinner at Meat & Potatoes, a show at the O’Reilly and a round of Manhattans at Backstage Bar? 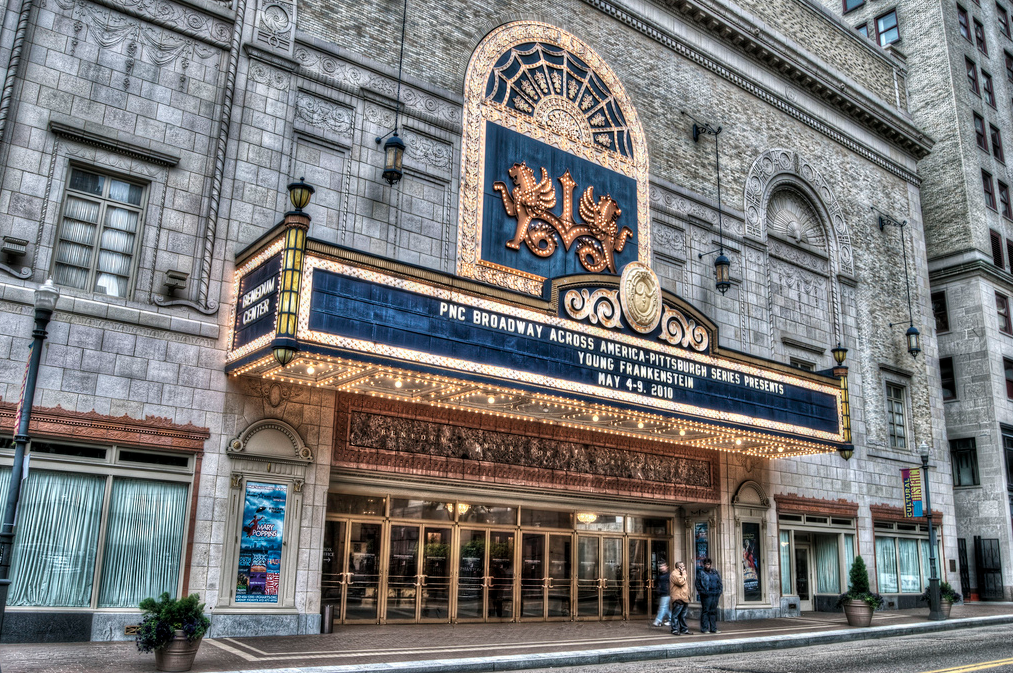 Even with the Byham, the Benedum and Heinz Hall firmly in place, it was the growth of the little cluster surrounding the O’Reilly Theater that firmly tied the neighborhood into a cultural hub. And now, less than 15 years after the Pittsburgh Public Theater moved downtown, it finds itself at the center of the Golden Triangle’s first true all-in-one nightlife stop.

On the stretch of Penn between 6th and 7th, you can find first-class stops for dinner, shows and drinks without even crossing the street. Start with dinner at Meat & Potatoes or Bravo Franco; if you’re willing to walk an extra fifteen feet or so, you can add Six Penn to your list of options. Take in a show at the O’Reilly — still Pittsburgh’s best-designed, most comfortable home for live theater — or a more casual evening’s entertainment at the Cabaret at Theater Square next door. End with drinks at the Backstage Bar, often accompanied by live jazz. 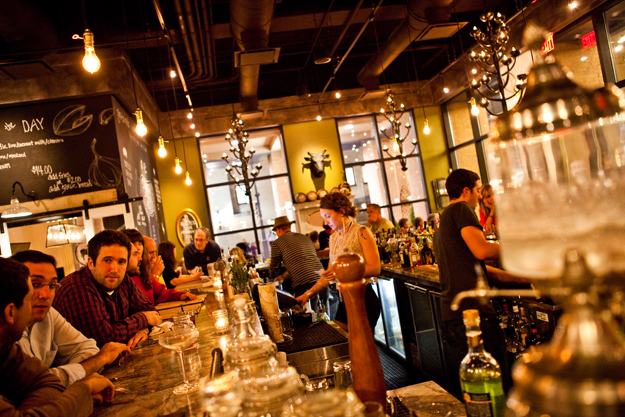 Hell, you can even park in the same complex.

For a downtown that used to be all about drive-in-drive-out excursions, it’s a great leap forward (and one that’s spreading throughout the Triangle — see Market Square for another example). The anchor of it all remains the Public Theater, now in the midst of its 38th season.

This month, you can wrap your Theater Square night around a performance of David Lindsay-Abaire’s Good People, directed for the Public by Tracy Brigden, the artistic director of the City Theater. Lindsay-Abaire’s challenging and funny works should be familiar with serious Pittsburgh theater fans; the Public staged his Pulitzer-winning Rabbit Hole in 2008, and the City and No Name Players found hits with two of his more absurd works, Fuddy Meers and Wonder of the World. Good People, which premiered on Broadway in 2011 (with Frances McDormand in the central role,) takes the playwright to South Boston — a neighborhood that won’t look all that foreign to ‘Burghers.

Margaret is still caring for her adult daughter, mentally disabled since birth, on a shoestring budget. Accordingly, she doesn’t have much luck getting to work on time. When she’s fired from her latest gig at a neighborhood dollar store, she reaches out in all directions for help — including to her long-lost pal and one-time beau, a neighborhood-kid-turned-doctor named Michael. He can’t help her, but she somehow razzes herself into an invitation to the home he shares, rockily, with his wife and daughter.

Good People, at its core, is about honesty. (And Bingo.) Truth is distributed to the characters like weapons, and those with the most secrets to wield hold the power. While often funny and ultimately a (kind of) comedy, the play is also a product of its time; the realities of American economics are a leading character.

Brigden stages her actors like boxers playing rope-a-dope, ever advancing and retreating as they spar. As Margaret, Kelly McAndrew is commanding and eminently likable; for all her front-and-center flaws, the audience will root for her as a clear favorite from the opening curtain. A uniformly game supporting cast is led by local favorite David Whalen as Andrew and January LaVoy as Kate, his beleaguered wife.

Like almost everything that pops up on the O’Reilly stage, it’s an excellent production of a fine play, and a thoroughly rich evening at the theater. Add in a great meal and a few cocktails, all within 100 yards, and you have one of the city’s finest ways to spend a night out. Downtown Pittsburgh is no longer on its way back. It’s here.