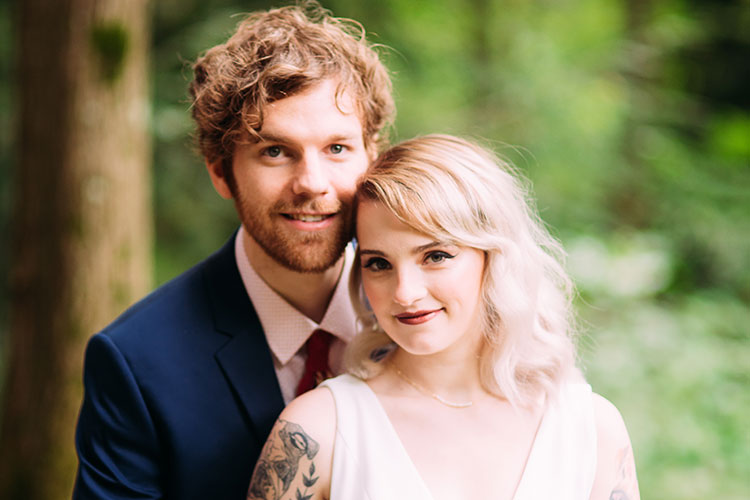 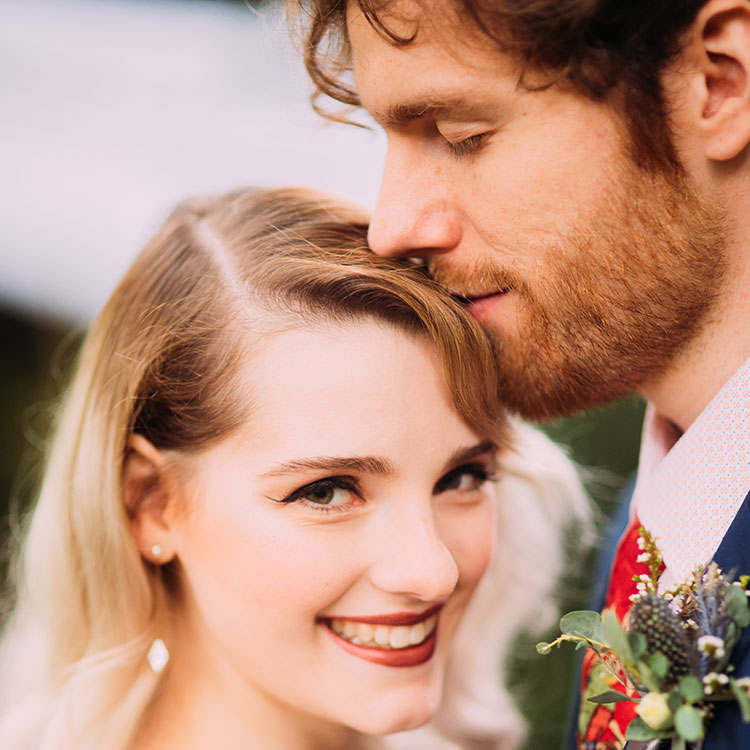 When Austin Met Aubrey:
When Austin Kuffel and Aubrey Borowitz were attending photography school together eight years ago, they were both in relationships with other people. But as other friends graduated and moved away, Aubrey and Austin found themselves together more and more. “I always thought she was cute, but [we were] always in relationships and it was just not an option,” Austin says. That changed in 2012 when they both found themselves single again. “All of a sudden one night I realized I like Austin,” Aubrey says with a laugh. 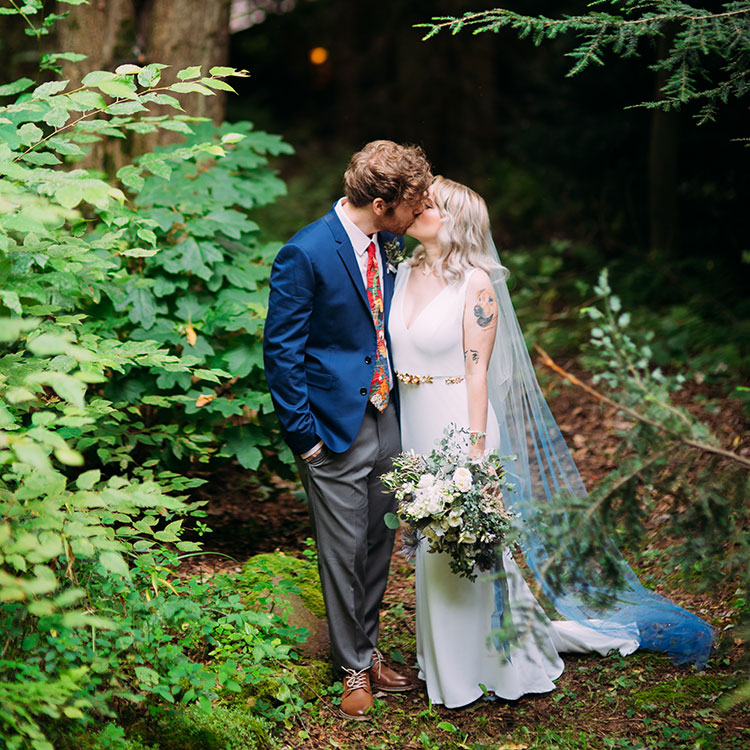 She Said Yes.
Most couples get engaged, then find a venue. Aubrey and Austin, who had been together for six years and always knew they wanted a small, intimate wedding, did the opposite.

They found a home they liked on Airbnb and asked the owner if they could have a wedding there. “We came across the venue and both were like, ‘That would be great place to get married’ — and we booked it,” Aubrey says.

A couple weeks later, Austin surprised Aubrey and proposed on a normal night at home in Arnold in the same home Austin grew up in. 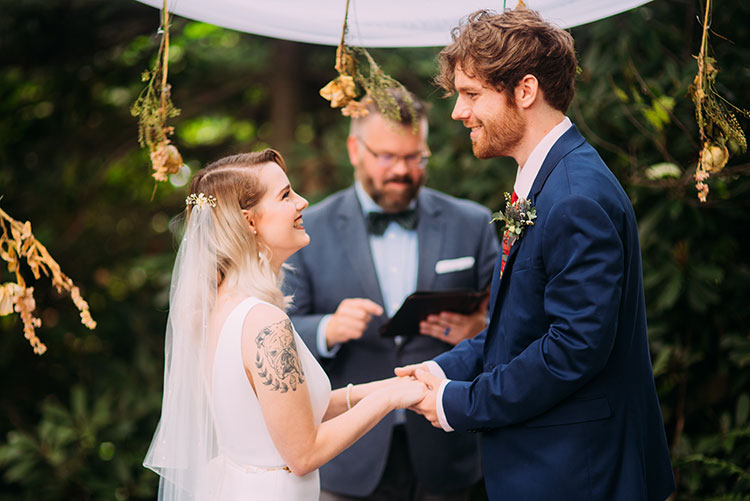 The Big Day.
With a guest list of only 20 — including the couple, the photographer and the officiant — family-oriented and do-it-yourself were the themes of Austin and Aubrey’s wedding.

“It was one step above an elopement,” Austin says.

The couple didn’t have a wedding planner — Aubrey’s mother helped to bring their vision to life — and instead of a caterer the couple’s family and friends each brought a vegan dish. Aubrey’s mother even made outfits for their three dogs to wear; one of them, Bagel, wore a dress that matched Aubrey’s veil. Aubrey’s best friend was the only non-family member guest, and she made cufflinks for Austin and earrings for Aubrey to wear during their day.

During their ceremony, the couple mixed sand from Erie, a place they both love, dirt from where they were getting married and sand from Key West in a bottle as a sign of unity. They also wrote each other letters they plan to open on their one-year anniversary; Aubrey says they plan to continue the tradition and write a new letter each year. 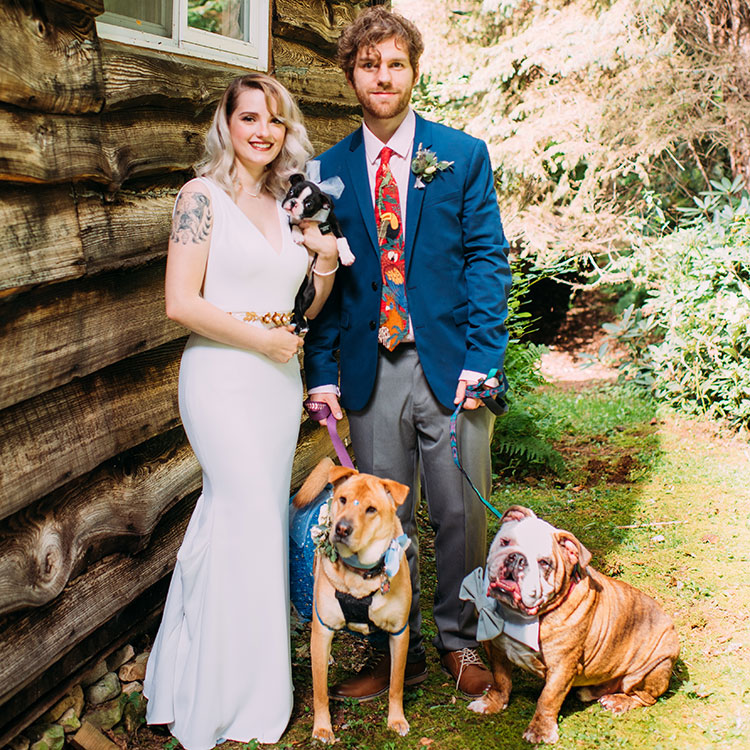 Happily Ever After.
Aubrey and Austin, both 27, have three dogs — a 7-year-old English Bulldog named Sumo, a 5-year-old Shar-Pei mix named Bagel and Poppy, a 6-month-old Boston Terrier. Aubrey is the owner of Paws & Effect Grooming, and Austin works in customer support at Senge Graphics. 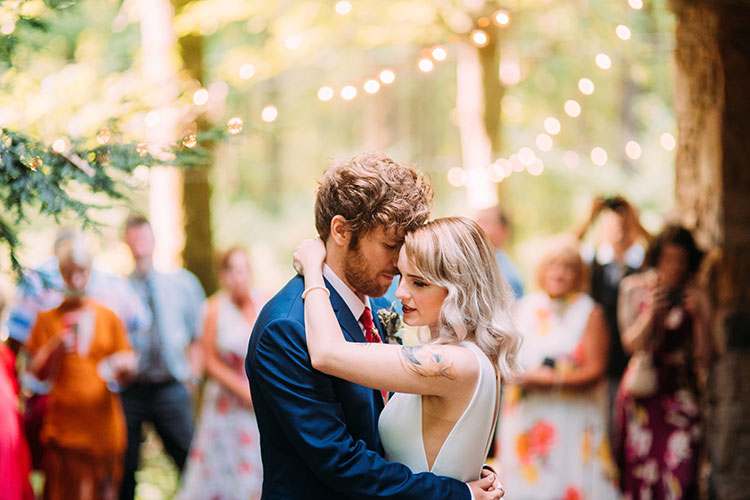