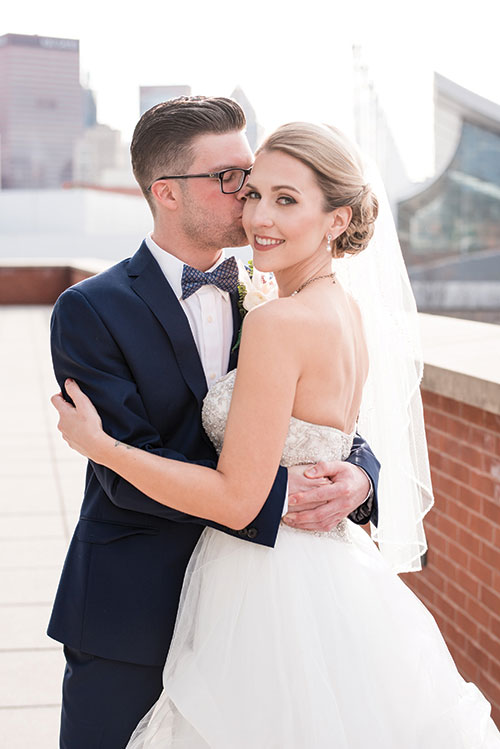 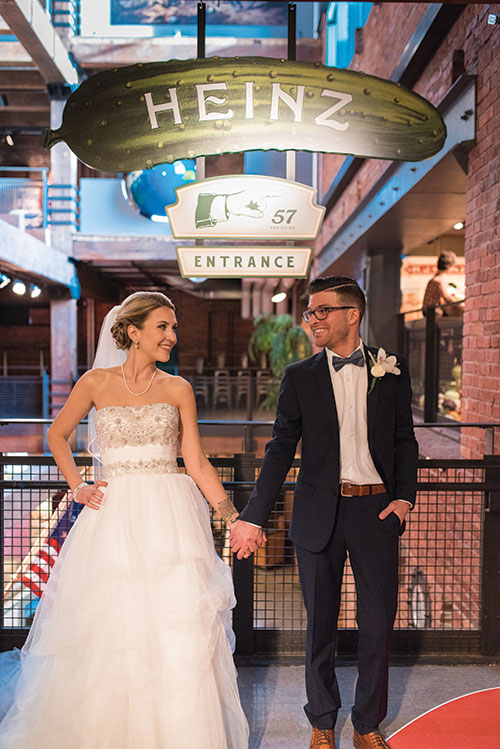 When Drew Met Asia.
After moving to Pittsburgh from Los Angeles in July 2011, Asia Lloyd figured she’d try her luck with the online dating site OkCupid, banking on the success her friends had with the site.

“I was on there for a year, but Drew had only been on for two months when we met. He got lucky,” she laughs.

Their first date was at Brillobox in Lawrenceville, and they didn’t leave until 2 a.m. “We were there for six hours. They were literally turning the lights on, kicking us out,” she says. 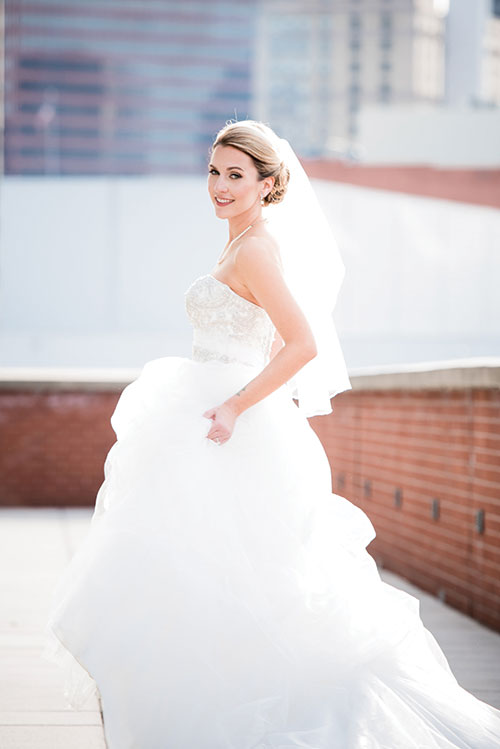 She Said Yes.
After dating for a year and a half, Drew suggested the couple toast the kickoff to their vacation in July 2015 with dinner and drinks at the Grandview Saloon & Coal Hill Steakhouse on Mount Washington. Before leaving, they sneaked onto the upper deck, away from the remaining patrons.

“That’s where he did it,” she says. “We had a great view but it was also very private.” 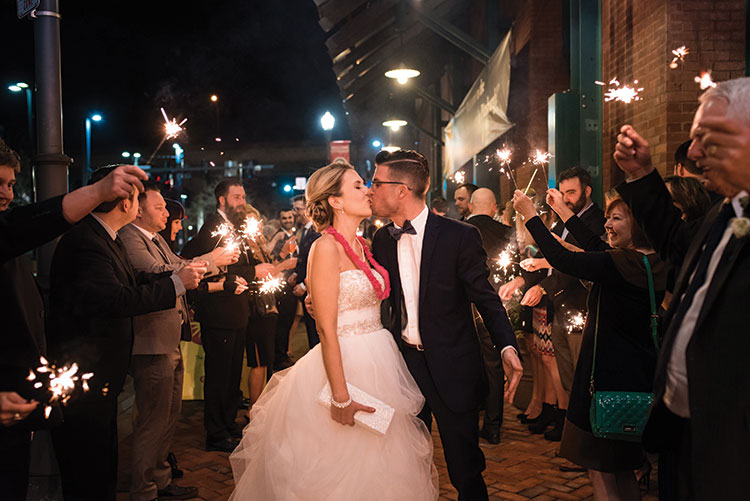 The Big Day.
Because both are big fans of the Sen. John Heinz History Center, it was the perfect venue for their wedding. They held their reception in the Great Hall on the first floor, and their ceremony in the library and archives room.

“I thought it was really pretty,” Asia says. “It had a piano already in there, and one of my husband’s friends is a musician who [played] me down the aisle.”

They enjoyed a beautiful spring day, which allowed them to take outdoor photos with their dog, Fritz, dressed in a tux. “We just adore him and really wanted him to be included,” Asia says.

A spray of sparklers sent the newlyweds off at the end of the night. 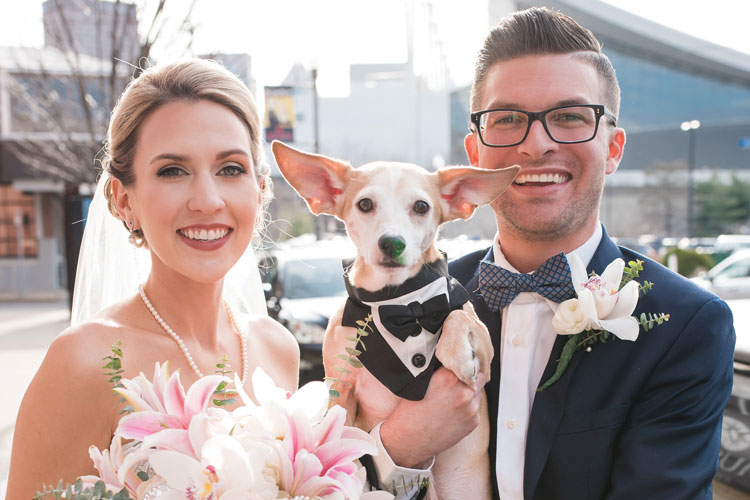 Happily Ever After.
After honeymooning in Riviera Maya, the couple returned home to Lawrenceville. Asia, 32, is finishing graduate school at Carnegie Mellon University, while Drew, 31, works as a project manager for an oil-and-gas company.