In Pittsburgh, They Are The Brotherhood of the Burger

A quest that started with five guys eating hamburgers after a soccer game now draws from a roster of more than 100 people and even has a detailed rating system. 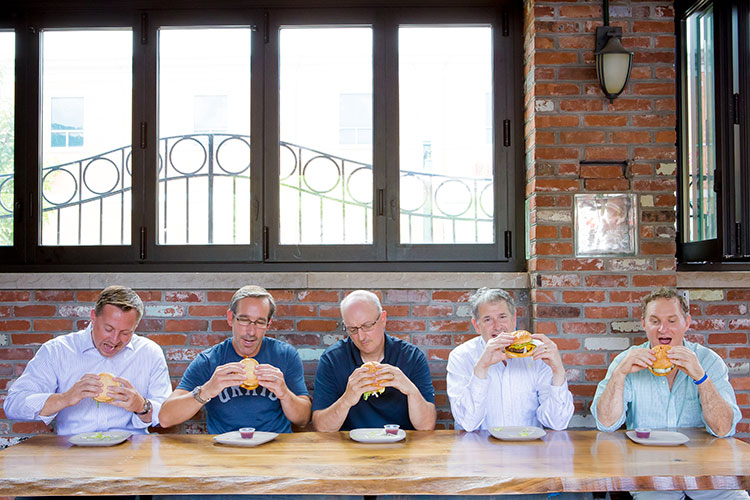 It all started with a humble brag.

In 2004, Luke Paglia, now managing counsel, technology and intellectual property at BNY Mellon, told his Oak-Avalon recreational soccer club teammates he’d found the best hamburger in Pittsburgh. He convinced them to visit The Tap Room at the Omni William Penn Hotel after a game.

“It’s unbelievable how different it is now. Back then we were very limited,” says Paglia.

“As soon as [the burger] came out, Luke started backpedaling,” says Scott Madden, one of the original members of what was coined the Oak-Avalon Hamburger Sandwich Club.

“It was a ‘PFP.’ But that term (an abbreviation for pre-formed patty) wasn’t in our vocabulary yet,” says Craig Waller, another founding member along with Toby Perkins and Andy King.

Naturally, this prompted a discussion about where one could — in a limited hamburger landscape — find the best burger. “If everyone thinks they know which one is the best, well we’re going to try that one,” says Waller. “We were disappointed three or four times in a row. So it became like a quest.”

A quest that started with five guys eating hamburgers after a soccer game now draws from a roster of more than 100 people and even has a detailed rating system. It’s The Hamburger Sandwich Benevolence Club (also known as “HSBC — Not the Bank”), and it’s no joke.

“Luke was the driving force to turn this into something more routine,” says Madden.

“It takes someone to send out the invites,” says Paglia, the club’s “president.” 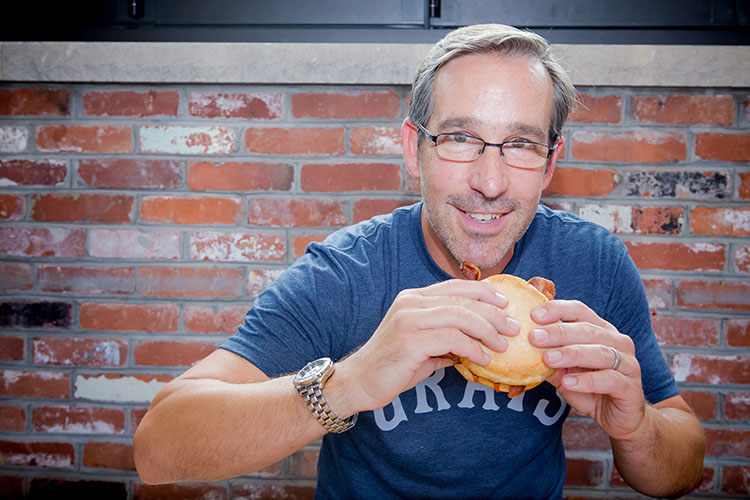 The club for the first few years was limited to soccer players, a sort of jocular, post-practice “guys night out.” A few years in, one of its first non-soccer members, a law-school friend of Paglia named Richard Victoria, started inviting some of his legal-practice colleagues and the group expanded to include a number of lawyers. In 2008, another lawyer, Manoj Jegasothy, expanded the group even more by inviting friends from outside of the legal world.

Actors such as Patrick Jordan of Barebones Productions in Braddock are part of the group, as are chefs and bartenders, technology-sector workers, retail-sector workers and more. Throughout the years, as the group has grown, it’s become a force for networking, particularly among the lawyers.

The club’s roots as a post-practice “guys’ night out” had for years been a male-only gathering with a post-fraternity feel. “It’s never been deliberately exclusionary. But that doesn’t mean it wasn’t the case,” says Paglia.

Recently, the single-gender mix has started to disintegrate. “I always hated that it was like that. But I never went out of my way to integrate it. I’m glad it’s changing,” says Paglia.
The quest to devour the best hamburgers in Pittsburgh remains. Monthly meetups at local restaurants, which usually attract between 20 to 30 members, are scheduled at the beginning of the calendar year. Paglia also organizes occasional bonus lunches to check out new restaurants.

“We have so many options now,” says Paglia.

After each meetup, detailed emails are sent dissecting the qualities of the recently eaten burger. Member George Long even helped codify the postmortem discussion into a eleven-point, 4-category rating system (patty, toppings, bun, intangibles) known as the GL2000. And yet it’s nearly impossible to reach consensus about the merits of a particular burger.

One burger, however, was an instant hit and now is the stuff of legends.

“Things turned a corner when the club discovered the Salt burger. The whole club unified. Some guys ate three that night,” says Waller. “Never have I been so smitten by a burger.”

The HSBC has so much clout among hamburger aficionados that, while others have had to line up for a rare special “Salt Burger is Back” event, the club has on several occasions — as recently as last month — convinced two of the three former Salt executive chefs (Chad Townsend and Brandon Fisher) to revive the burger for the club. 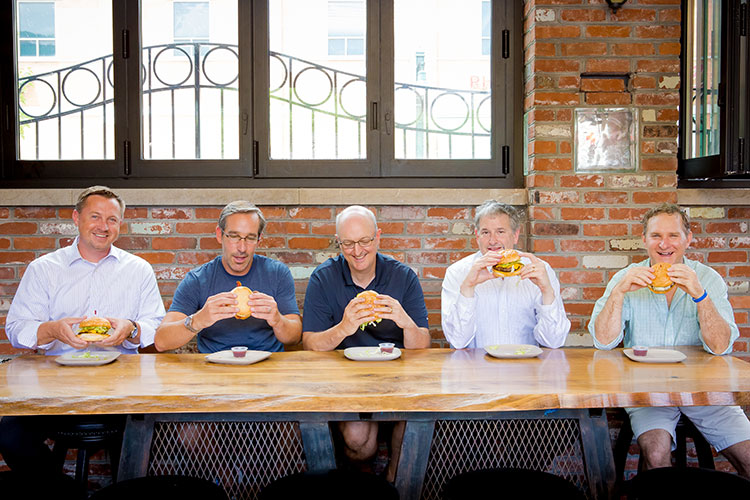 The HSBC has recruited chefs from täkō, Soba, Butcher and the Rye and other non-burger restaurants to make specialty hamburgers for its annual holiday parties, raucous affairs that draw several times as many people as the monthly meetings.

Although members such as Madden and Waller take the lead in organizing the holiday parties, the majority of the organizational work still rests with Paglia. And that’s OK with him. Not only has the HSBC expanded his hamburger horizon beyond the Tap Room (he now lists Eleven, Kaya and The Vandal among his best burgers), the quest to eat the best burgers in town has given him a decade-plus of camaraderie.

This article appears in the August 2017 issue of Pittsburgh Magazine.
Categories: Eat + Drink Features, From the Magazine