In Memory: How These Brides Honored Late Loved Ones

These couples found unique ways to pay tribute to those who passed away before their special days.

Even when loved ones have passed away, there are still ways to make them a part of your wedding day. Some couples choose to place a framed photo on an empty chair or a table, and others wear a piece of clothing or jewelry that belonged to them. But these brides found especially unique ways to pay tribute to those who couldn’t attend. 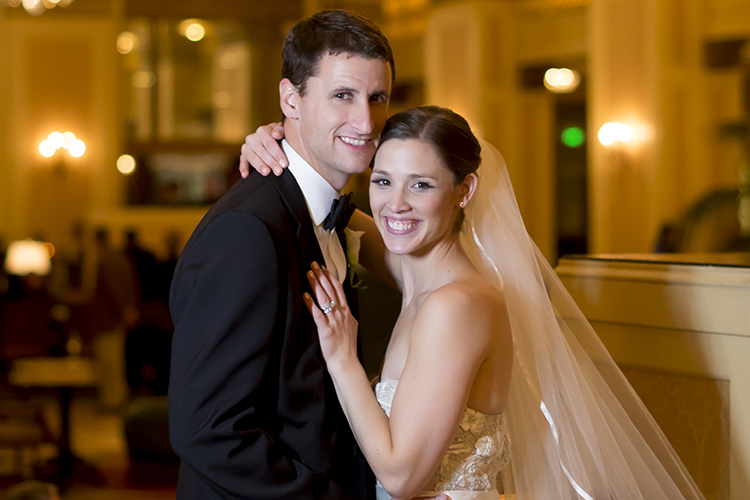 Emily Harper and Michael Hammel’s parents had always been friends, but the couple connected when Michael attended visitation for Emily’s father’s funeral. Emily contacted him a few months later, and they’ve been together ever since.

Emily knew her father wouldn’t be able to walk her down the aisle, but she was also certain she wanted to do something special to honor him.

“My late father used to collect F. Scott Fitzgerald books,” Emily says. “He was a private collector and that was a thing he really loved and enjoyed.” 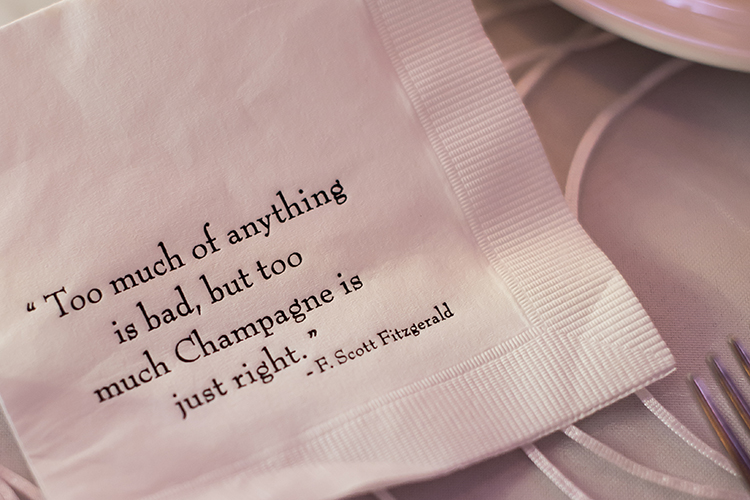 With her father in mind, Emily and her groom incorporated love quotes from “The Great Gatsby” author, particularly from love letters he had written to his wife Zelda, into their invitations, stationery and other aspects of the wedding day. Her father’s love and appreciation for the author was her way of subtly incorporating his memory.

“It was really important to him, and it was something everyone who knew him knew about him,” she says.

In keeping with the theme, the couple also put Emily’s father’s vintage typewriter to good use at the wedding, asking guests to type messages on it in lieu of a guestbook.

“It was a special piece to him, and we tried to follow through with the literary element,” Emily says. 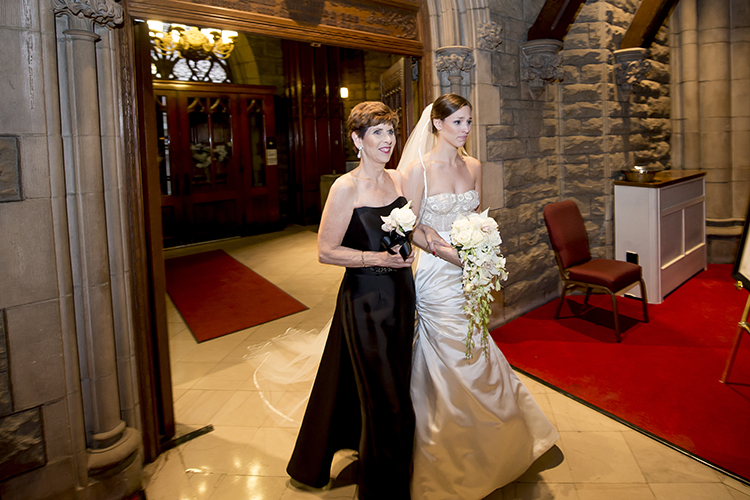 Although her father couldn’t be there physically, Emily says she believes he didn’t miss out completely. 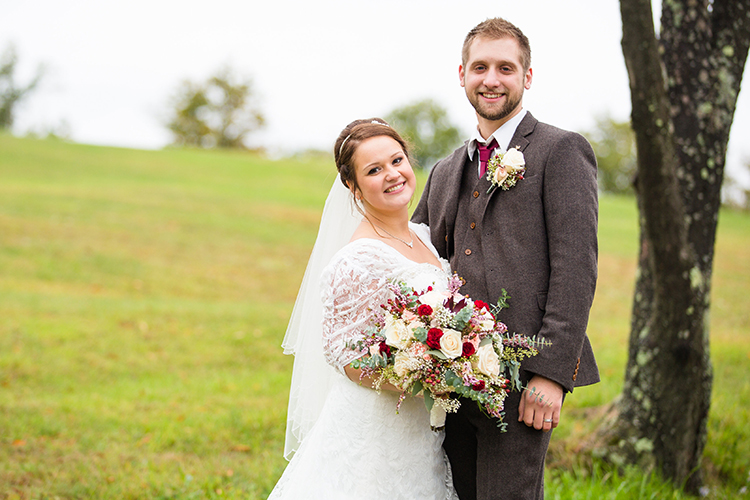 A Hidden Detail, An Emotional Surprise

When Donovan Fiaretti’s grandmother passed away the summer before he married Victoria Keslar, Victoria knew she wanted a piece of their wedding day to honor the woman her groom had been so close to.

She drew inspiration from one of the last conversations the family had with Donovan’s grandmother. Donovan’s brother had come to visit, walking into the room wearing cowboy boots — an out-of-character choice met with laughter from the rest of the family.

“She saw his boots and was chuckling,” says Victoria. “And then she got really serious and said, ‘You know, I always wish I would have bought a pair of red cowboy boots.’”

Victoria says this small sentence made everyone in the room stop and pause for a moment, but no one realized the significance this statement would have. It ended up as one of the very last things Donovan’s grandmother ever said before she passed away soon after. 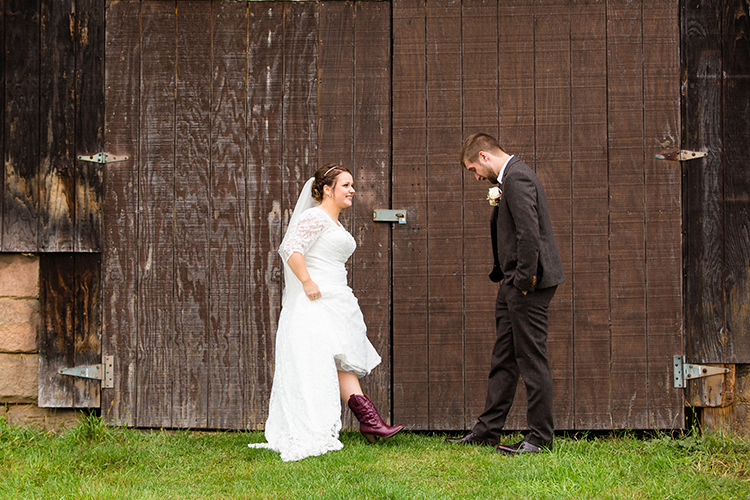 Victoria had this memory in mind on her wedding day, when she wore a pair of burgundy boots under her gown — a detail brought together with the rest of the ceremony by an autumn color scheme and classic yet rustic decor.

It was also a detail she kept secret from Donovan until after the ceremony.

“No one really knew about the boots at all. I kept it as a surprise,” she says. “After everyone was leaving … we had a special moment between us where I revealed them to him.”

This seemingly small detail in honor of his grandmother held huge meaning for Donovan and his family, who all reacted with tears upon seeing the boots. 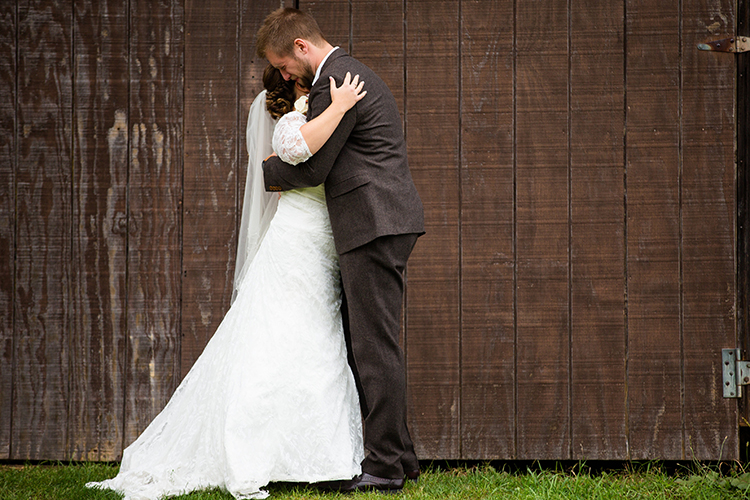 Victoria proves she has an eye for meaningful wedding details — even starting a handlettering boutique for brides — and that wasn’t the only one on her big day.

Victoria also subtly honored her late grandfather — a huge fan of Elvis Presley and country music — by walking down the aisle to a rendition of “Can’t Help Falling in Love,” performed by friends of the couple.