Important Women, From Ancient History to Now, in Oakland 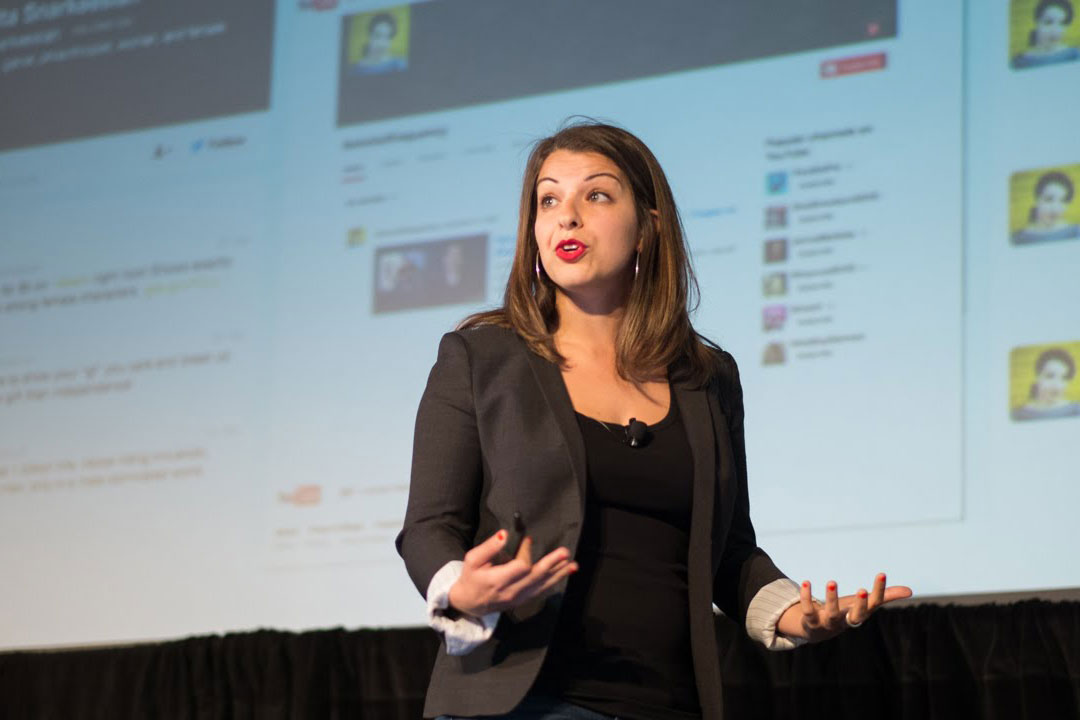 If another book like “History vs. Women: The Defiant Lives that They Don’t Want You to Know” is written a generation in the future, it’s entirely possible that Anita Sarkeesian will be among those profiled.

Sarkeesian, the co-author, with Ebony Adams, of “History vs. Women” and founder of the website, blog and YouTube series “Feminist Frequency,” lit the spark that became a culture war in the video game world. Her widely-praised, crowdfunded video series, “Tropes vs. Women in Video Games,” applied an academic, feminist critique to video game narratives and portrayals dating back to the early days of Mario and Link. Her analysis called into question aspects of games — damsels in distress, scantily-clad digital avatars, blindly supportive sidekicks — that had rarely been viewed through a critical lens.

The series was thorough, enlightening and balanced. And, the internet being the internet, it sparked a vicious campaign of harassment and threats directed at Sarkeesian.

She persisted, and “Feminist Frequency” grew and added collaborators, including Adams, an activist and writer who focuses on film, culture and social justice. “History vs. Women,” profiles 25 women throughout history whose impact is significant but whose stories, at least to many western readers, will be unfamiliar.

Sarkeesian and Adams, who will appear at Carnegie Lecture Hall in Oakland Wednesday night to discuss the book, told Pittsburgh Magazine in an email (requesting to be quoted jointly) that there was no shortage of figures to include in the book.

“Once we really started to grapple with the research involved in this project, we were knocked back by force of all these women’s voices crying out to be heard,” they said. “It has taken a sustained and often deliberate effort on the part of patriarchy to keep not only women themselves suppressed, but even the mention of their names and the telling of their stories.

“But once you go digging in the archives, and talk to people, and get creative with your investigations, all of these phenomenal historical women start to shake your foundations.”

The book categorizes its subjects under five headings: “Reckless Rebels,” “Revelatory Scholars,” “Ruthless Villains” (a section for women from history, including Isabel I of Spain and former Prime Minister Margaret Thatcher, whose deeds were often ignoble but enormously significant), “Restless Artists” and “Relentless Amazons.” Profiles range in time from the third century to the mid-1900s, and include history from around the world.

“This book was always going to have a global scope,” Adams and Sarkeesian said. “Part of the problem with the way history is shared and replicated in western cultures today is our solipsistic focus. So many of us grow up with no real sense that every culture and every nation has its heroes and villains, poets and giants. We surrendered completely to the spirit of discovery that propelled our search to find out about amazing women from other cultures. We only wish we could have done more!”

Wednesday’s appearance will be the first stop on the national book tour for “History vs. Women.” Adams and Sarkeesian promise a dialogue rather than a reading.

“We’re hoping to have an engaging conversation with each other and with the audience,” they said. “Even after the lengthy process of writing and editing the book, we’re still totally fascinated by the 25 women we wrote about, so there’s always the danger that we’ll hold the audience captive for a 45-minute impromptu rock opera about Griselda Blanco and Ching Shih meeting on a field of battle, but we’ll see.”

Tickets for the evening, which will also feature a book signing, are $10 and available from Pittsburgh Arts & Lectures. Classic Lines bookstore will be selling copies of “History vs. Women” at the event.