Several of these buildings are no longer standing, but at the time of their construction, they were considered state-of-the-art. 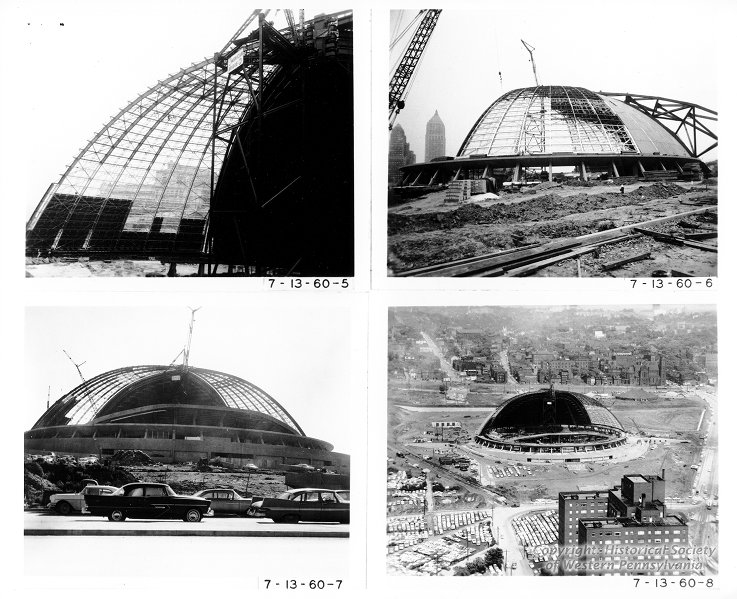 In the 1950s, Pittsburgh CLO started to outgrow Pitt Stadium — its outdoor venue — splintery wooden benches and all. The answer was the Civic Arena, whose 5.5 million-pound (!) steel dome was the world’s largest of its kind at the time. The architectural breakthrough took only six minutes to retract, but supposedly the venue didn’t reach its full potential until  an electronic amplification system was installed in the mid-1960s. Guess which uber-popular British rockers it was built for? 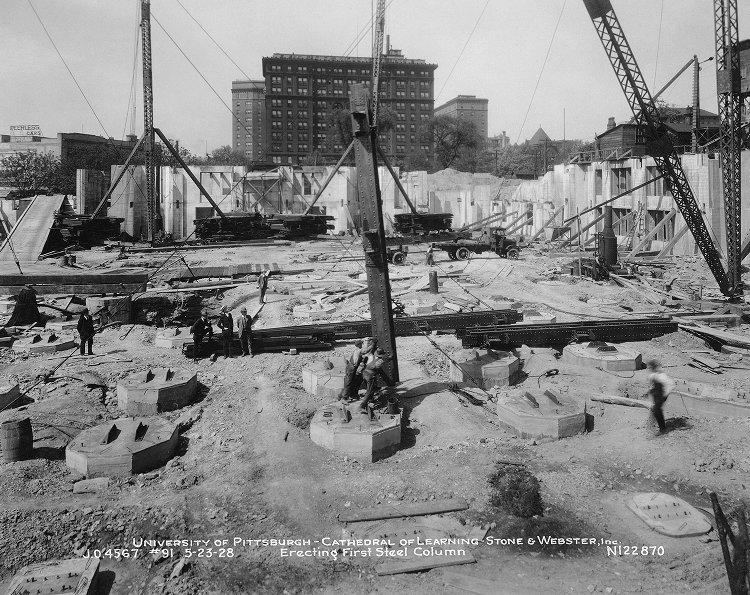 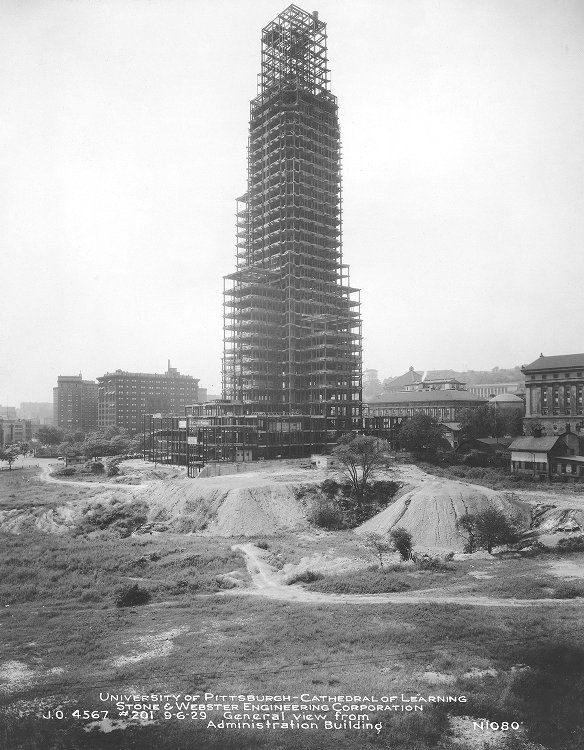 A mere two months after he became Pitt’s chancellor in 1921, John Bowman wrote that he wanted to build a “high building, a tower singing upward that would tell the story of Pittsburgh.” A few years later, he put plans in place to build the largest educational building in the world (now second only to Russia’s Moscow State University). Philadelphia architect Charles Zeller Klauder went through dozens of designs before settling on 42-story masterpiece, which took 11 years to complete. In 2007, at a cost of $5 million, the Cathedral's stonework facade was cleaned of decades of industrial soot and grime. An $10 million upgrade of the building's elevators currently is underway. 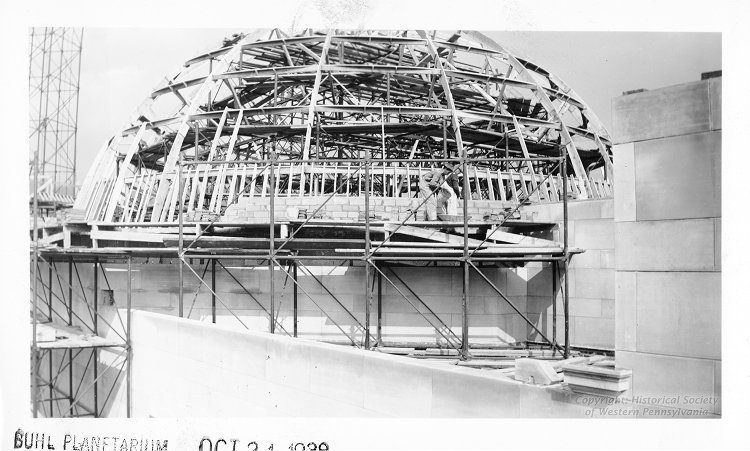 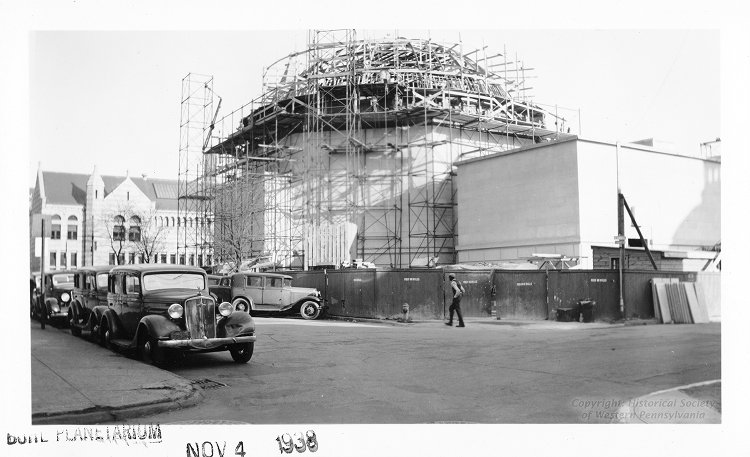 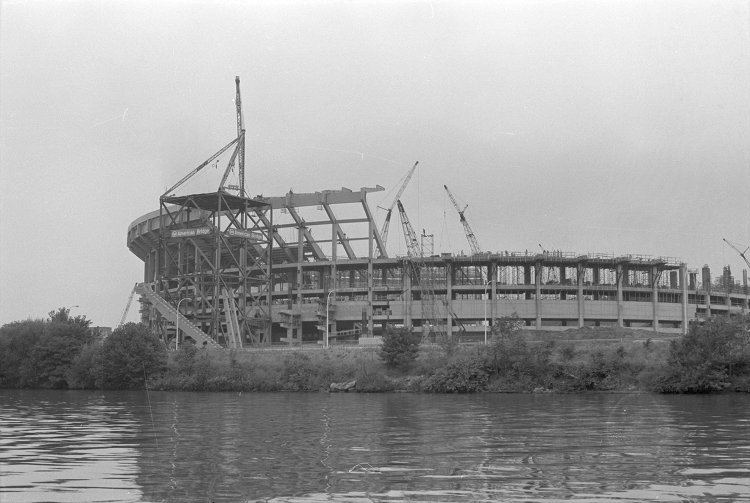 Stadiums aren’t built in a day. The first proposal for Forbes Field’s replacement was made in 1948, but political and labor disputes delayed its development for another 10 years. In 1958, organizers chose the North Side as the site for the venue, with construction not starting for yet another ten years. When the manufacturing finally began, it was plagued by thieves, insufficient funds and even more delays. Three Rivers Stadium was completed on July 16, 1970, after more than two years of construction and $40 million (roughly $250 million today). For reference, Forbes Field went up in four months and stood for 61 years. Three Rivers Stadium lasted a mere 30 years and was imploded in 2001. It would be another nine years before the debt for the stadium finally would be retired. 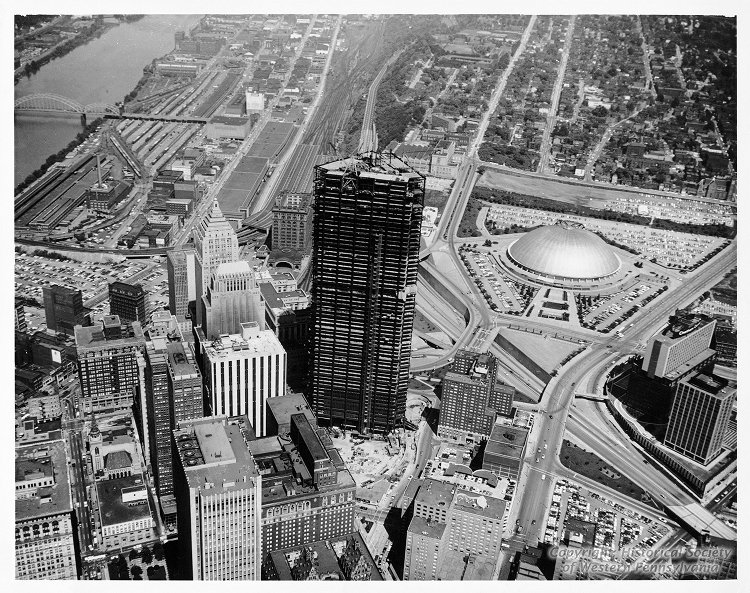 Capping off Pittsburgh’s first renaissance of the 1940s-1970s, the U.S. Steel Tower was the country’s tallest skyscraper — excluding buildings in New York City and Chicago — when it was dedicated in 1971. If you’re wondering about the triangular structure, designers wanted the building to mimic the shape of the city’s Golden Triangle. The building made history by being the first to use liquid-filled fireproofed columns. The skyscraper's massive steel columns are made with Cor-ten steel, which resists the corrosive effects of Pittsburgh's rough winters wby forming a coating of dark brown oxidation over the metal, which prevents deeper penetration and eliminates the need for expensive rust-prevention maintenance. 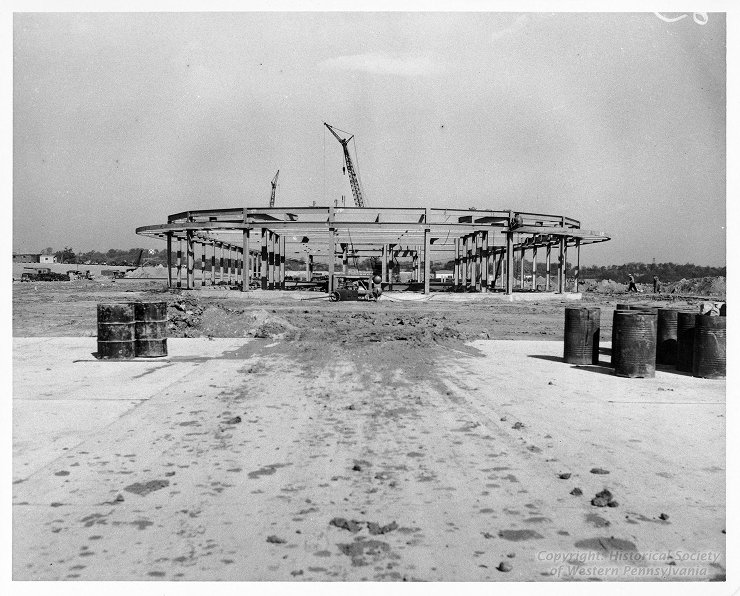 Even before construction of the $1 billion midfield terminal in 1992, the Pittsburgh International Airport was a big deal when it popped up in the then-barren outskirts of Moon Township. After its first flight in 1952, traffic continues to increase. By 1960, its runways were used for 160,000 takeoffs and landings, carrying almost 1.5 million passengers. Greater Pitt's terminal was the largest in the United States, second only to Idlewild Airport's (now JFK) at the time of its completion. Despite several major expansions, the old terminal was considered too small by the late 1980s. It housed operations offices after the opening of the new midfield terminal and was eventually torn down in 1999. 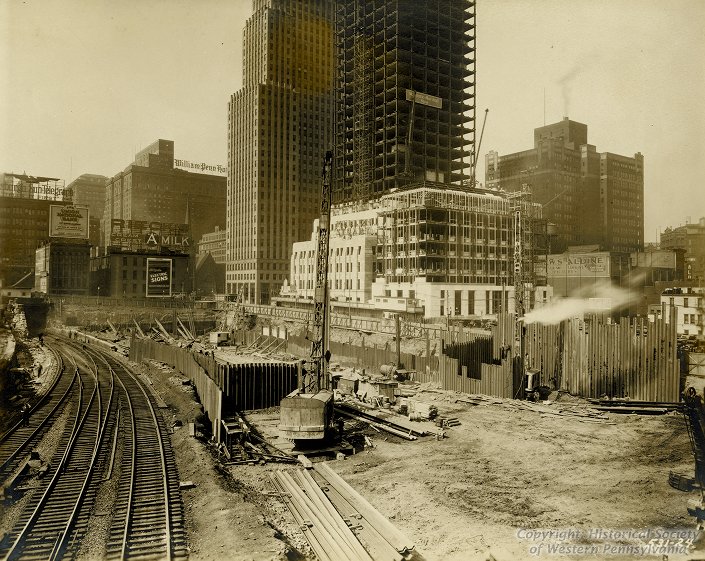 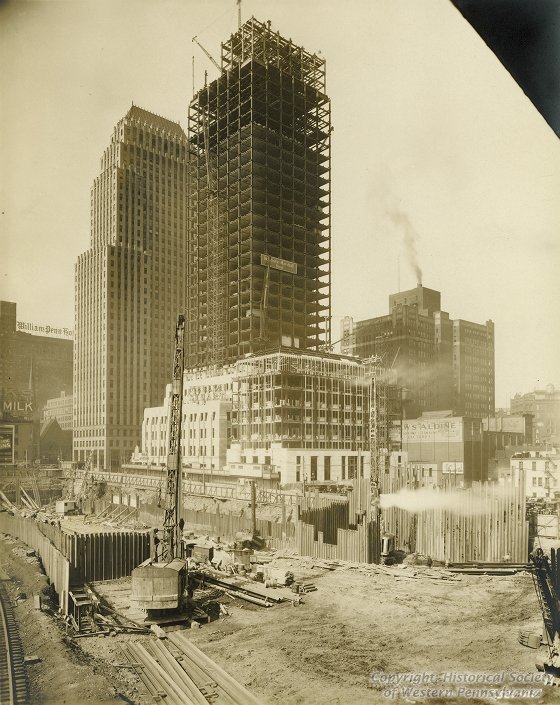 If you haven’t guessed by the name, the Art Deco marvel was erected in 1932 as a base for the Gulf Oil Corporation. The building was sometimes attacked by protesters, with oil industry conflicts even leading led to a bomb explosion on the 29th floor in 1974. Though, thanks to some New York developers who bought the place in 1985, it’s now an office rental space. But the Gulf Tower is nowadays most recognized for its fluorescent top, which acts as KDKA-TV’s Weather Beacon. See its color-coded breakdown here.