'If You Live By The Sword': Politics in the Making and Unmaking of a University President

Former IUP president Lawrence K. Pettit's story is compelling and mostly reads like one of those tragicomic novels of academic by Richard Russo.

These days, self-publishing has been getting a lot of attention—some of it positive, most of it skeptical. There’s a certain disreputable stigma attached to these books that’s born from what is seen as a lack of professional editorial input. 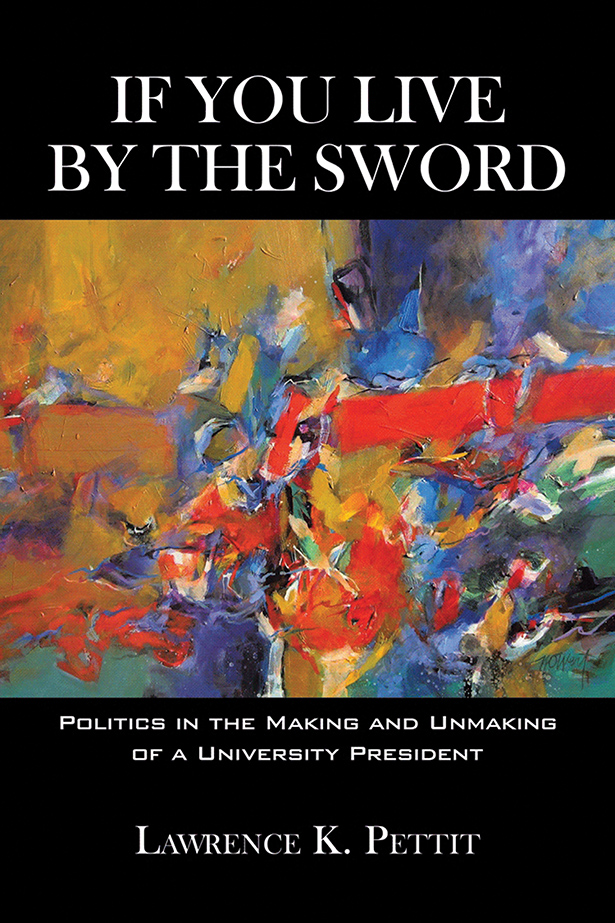 Lawrence Pettit’s new memoir certainly suffers from the online publishing house treatment: It’s not an attractive book, the printing itself is too large, the font’s poorly chosen and the paper feels cheap. This is unfortunate because Pettit’s story is a compelling one. If You Live By the Sword: The Politics in the Making and Unmaking of a University President mostly reads like one of those tragicomic novels of academia by Richard Russo.

Pettit landed in the president’s chair at Indiana University of Pennsylvania in 1992 (his term ended in 2003) after a varied career as a senate staffer, campaign manager for the former Montana governor and commissioner of higher education in that same state. Pettit exists at the crossroads of politics and education, and while this may not be the most exciting subject matter for a memoir, considering the floundering of the education system in this country, this is important stuff. And Pettit is a pretty good guide to the ins and outs of the politics and decision making that impact our schools.

If that sounds like a dry read, don’t worry: Pettit’s career and personal life have been dogged by controversy from the start. Most notably, the disintegration and acrimonious divorce that ended Pettit’s second marriage while at IUP. An accusation of an affair with one of his male students and a conspiracy to have him removed as president provide enough intrigue to keep the pages turning.

If You Live By the Sword: Politics in the Making and Unmaking of a University President by Lawrence K. Pettit; iUniverise; $27.95.

This article appears in the September 2010 issue of Pittsburgh Magazine.
Categories: Arts & Entertainment