If Only the Baywatch Team Could've Saved Us From Jack Sparrow

Reviews of "Pirates of the Caribbean: Dead Men Tell No Tales" and "Baywatch," plus local movie news and notes. 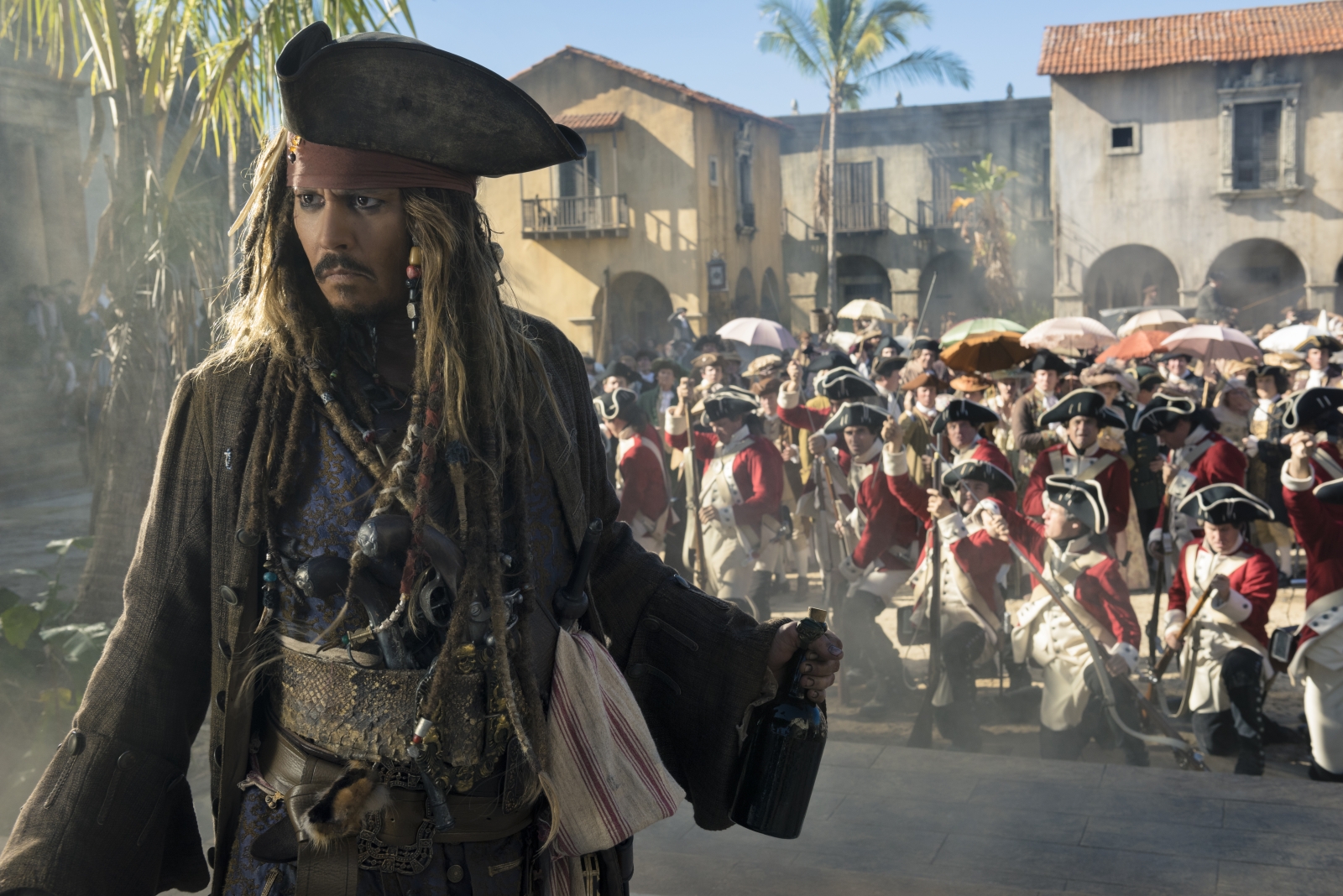 Of what use is a discussion of a fifth — fifth! — “Pirates of the Caribbean” film? Can there be any uncertainty about what’s going to happen? Ships will be sailed, rum will be consumed, swords will be brandished, buckles will be swashed.

(Full disclosure: I may not know the definition of “swashbuckle.”)

Yes, after a six-year reprieve, the “Pirates” films today become a quintet, as “Pirates of the Caribbean: Dead Men Tell No Tales” is unleashed on theaters. The previous installment, “On Stranger Tides,” posted the lowest domestic box-office total of the series but was an international smash — a result that seems likely to continue here.

Two of the series’ longstanding stars, Orlando Bloom and Keira Knightley, have been moved to backup duty, as a new pair of fetching youngsters — Brenton Thwaites and Kaya Scodelario — take the reins. Of course, Captain Jack Sparrow — a joke which is no longer funny, played by Johnny Depp — remains at the center of the film’s universe.
​
Thwaites plays a young-adult version of Henry Turner, son of Bloom’s character Will, himself trapped in some eternal sea curse during a previous adventure I no longer recall. The younger Turner would like to locate a mythical deus ex machina called Poseidon’s Trident, believing it can help him save his father; the map to find it is in the hands of Carina Smyth (Scodelario), an orphan seeking the same totem for answers about her parentage. Meanwhile, a fleet of … dead? Undead? Ghostly? Zombie? Oh, I don’t know, a crew of spooky pirates led by Salazar (Javier Bardem) has been terrorizing the seas, including the fleet owned by Captain Barbossa (Geoffrey Rush).

It gets muddier from there.

Suffice to say everyone ends up trying to get this trident, kill Captain Jack Sparrow or both. This leads to the series’ typical race to a finish after an excess of setup.

This series has offered little since its refreshing initial installment, with less and less as the years have passed; with spotty-at-best writers Jeff Nathanson and Terry Rossio putting the story together, its fortunes do not improve here. The effects buoy the film, as they always have, and several sequences are memorable (although the most thrilling is also stolen wholesale from the “Fast and Furious” franchise, which I read as theft and not homage).

Those looking for a dose of high-seas hijinks and little besides will get their fix here. But similar franchises left these Pirates in the past long ago; there’s nothing in this unnecessary installment to change that.

“Baywatch” is good, as long as you aren’t expecting “21 Jump Street.”

(I actually feel that sentence stand just fine on its own, but perhaps more explanation is necessary.)

The campy ’90s series “Baywatch” sees new life today as a big-screen beach adventure starring The Rock, Zac Efron, Alexandra Daddario and a host of others. The film is an over-the-top, extended version of an episode of the show; a nefarious force is running drugs through the beach in an attempt to privatize the titular bay, so a team of lifeguards must save the day.

Somewhat surprisingly, though, the film holds closer to its source material than one would expect. “Baywatch” is a comedy, to be sure, but an action-comedy — and the order of those words is important. This is an over-the-top, somewhat tongue-in-cheek action film with comedic elements.

That stands in contrast to the rebooted “21 Jump Street” of 2012, which was a pure comedy that used a loose version of its namesake series’ premise. That was complete reinvention; “Baywatch” is merely an update.

The result is light fun, though I suspect some will want more laughs. Nevertheless, it’s attractive people in seaside peril — as cinematic a premise as you’re likely to find.

The Montage: The Pittsburgh premiere of “David Lynch: The Art Life” is underway at Row House Cinema, just as the auteur’s masterpiece, “Twin Peaks,” returns to television. The acclaimed, semi-biographical documentary will be accompanied by two of Lynch’s features: The classic “Blue Velvet” and “Twin Peaks: Fire Walk With Me,” the prequel film to the series itself (which is definitely not recommended for anyone unfamiliar with the TV show; it spoils everything). Click here for showtimes and tickets … A pair of jazz documentaries screen this week at the Hollywood Theater. The theater is offering a dual-ticket for “Chasing Trane,” about John Coltrane, and “I Called Him Morgan,” about Lee Morgan. Click here for tickets and showtimes (click on any showtime for either film to access the special offer) … See the classical film that inspired a recent (’Burgh-bred) musical: “An American in Paris” is this week’s Wednesday-night classic at AMC Waterfront 22; click here for tickets.