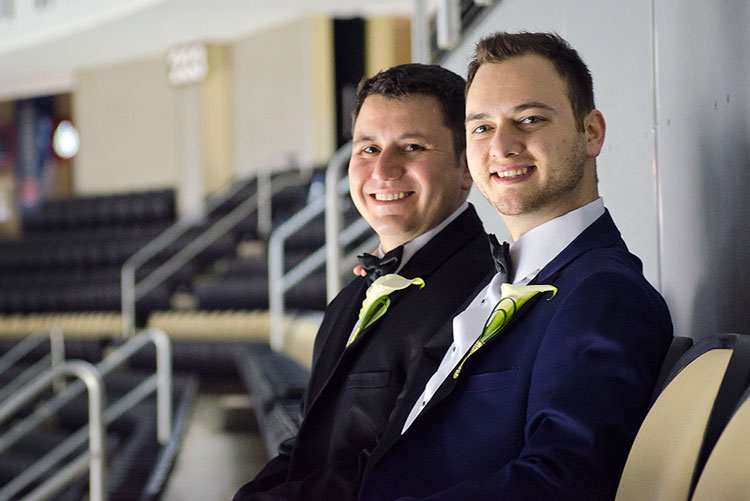 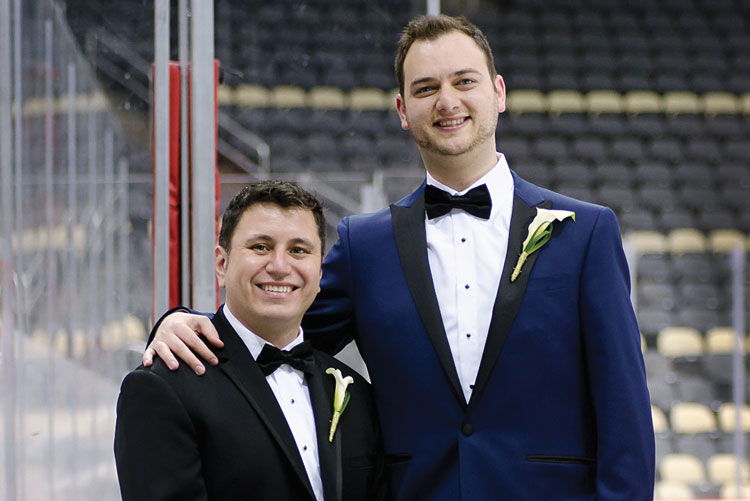 When Adam Met Michael
In June 2008, Michael Marsico and Adam Knoerzer were playing in the New York City Gay Hockey Association tournament at Chelsea Piers. “My friend and I were sitting in the stands talking. I kept pointing to this guy saying, ‘He’s really cute!’” Michael recalls. That guy was Adam, and when he skated off the ice, he put on a Pittsburgh Penguins hat. “That pretty much sealed the deal,” Michael laughs. 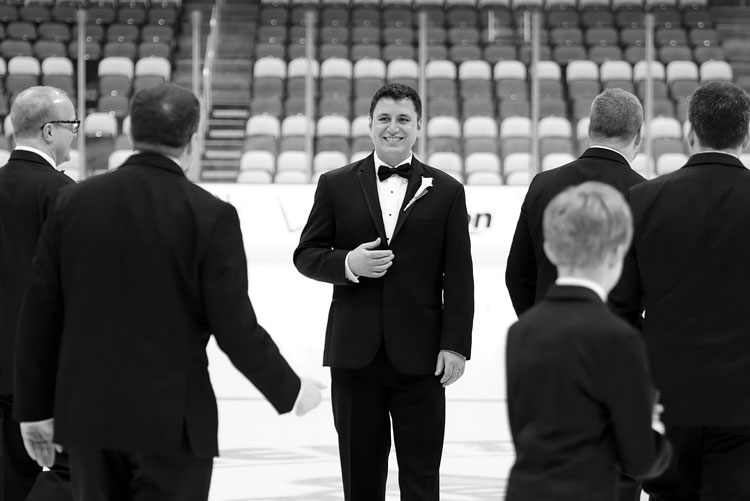 He Said Yes
Six years later, Michael, 39, accompanied Adam, 31, to Cape Town, South Africa on a business trip (Michael works in digital marketing, while Adam is an instructor in clinical trial software at ERT). It was a gorgeous day — perfect for hiking, watching the sunset and something else. “I tried multiple times to propose before that,” Michael says dryly.

He recounted a failed attempt that was supposed to take place on the ice rink near his mother’s house. The day he wanted to pop the question, Adam decided it was too cold to go outside. “I was so sick that winter!” Adam says with a laugh.

This time, it went off without a hitch. Adam accepted with an emphatic “Yes.” 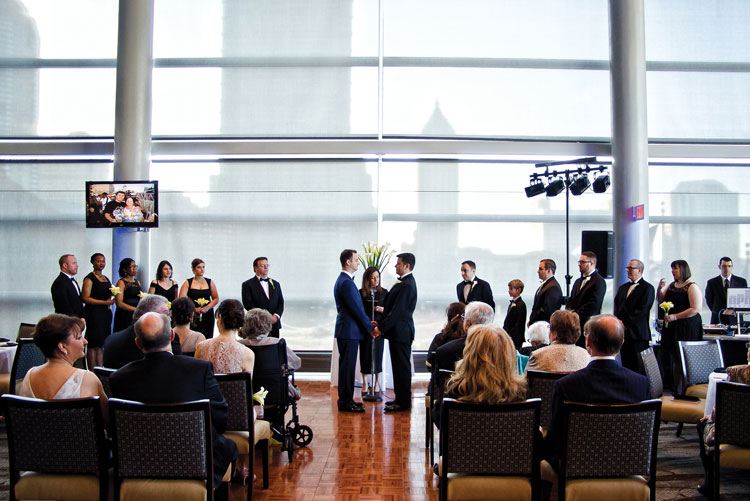 The Big Day
The pair relocated in 2011 to Pittsburgh, and they now live in Bloomfield. Because they met playing hockey and held Penguins season tickets, it made sense to hold their wedding at CONSOL Energy Center. Before exchanging heartfelt vows in front of 150 guests, they played a pre-wedding scrimmage at the Pittsburgh Ice Arena in New Kensington, where their Pittsburgh Gay and Lesbian Hockey team, the Tigers, plays. “I didn’t like that at all, because my team lost to Adam’s!” Michael laughs. Luckily, he still said, “I do.” 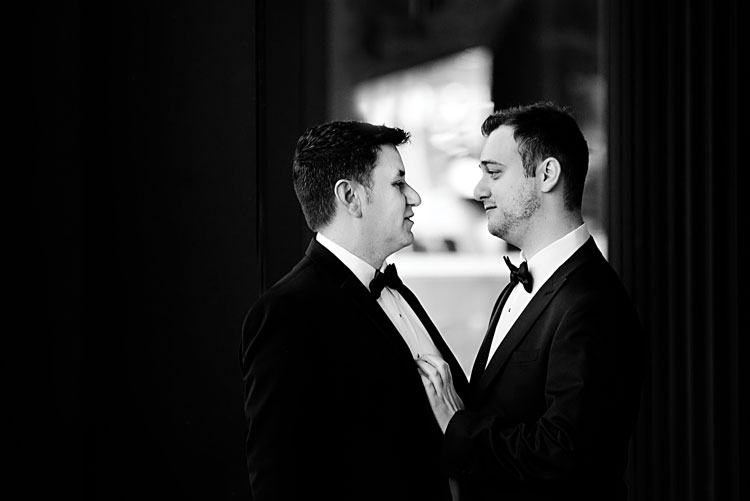