I Feel Pretty Isn't What You're Expecting (And That's Okay)

Reviews of "I Feel Pretty" and "Super Troopers 2," plus a rundown of events at the Pittsburgh Underground Film Festival. 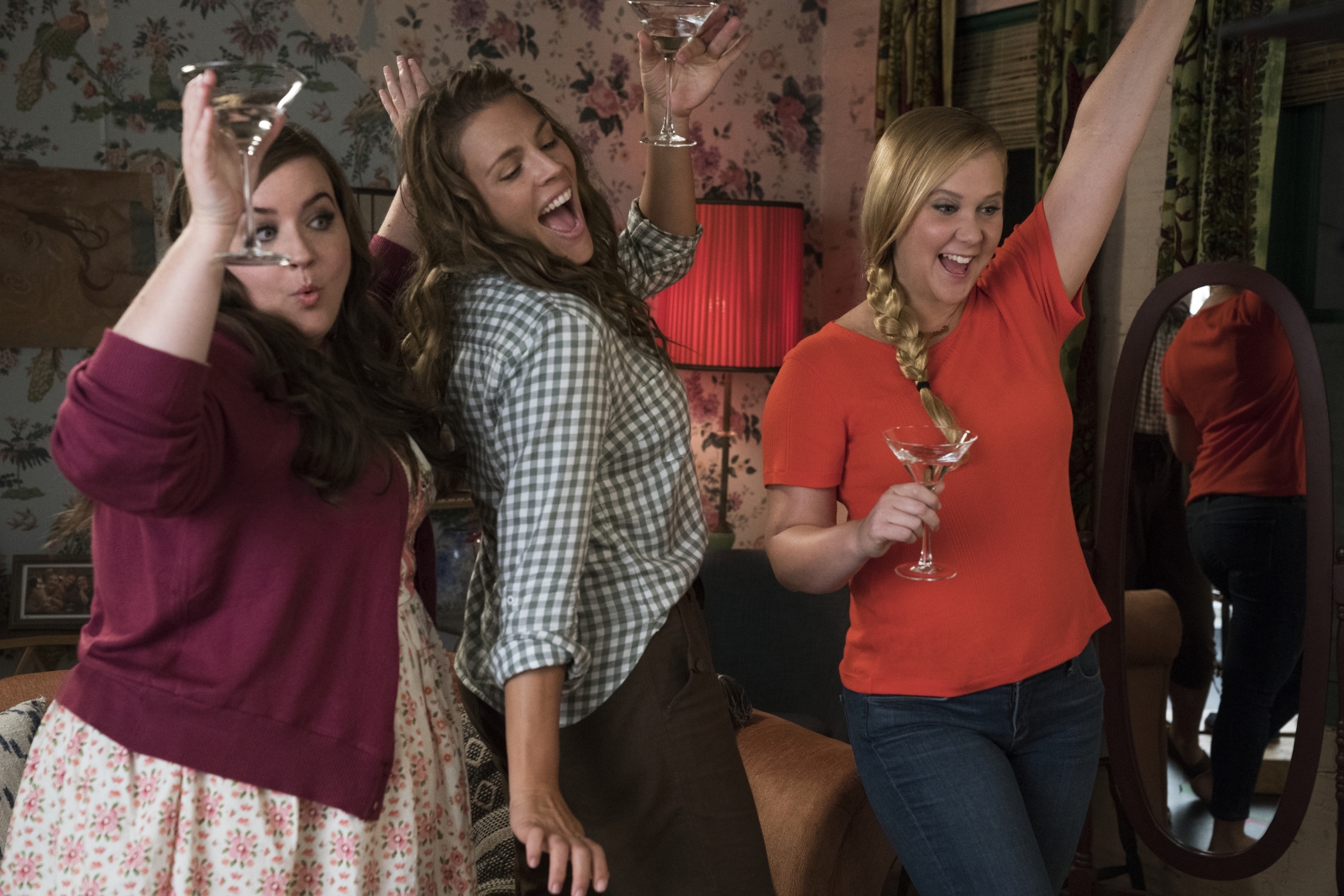 In the perfect world of movie culture that exists in my head and nowhere else, I would probably kill movie trailers.

I would at least do away with television ads for movies. The job of selling a movie is much different from that of making a movie; sometimes, the folks in charge of bringing people into the theater feel a little slight of hand is necessary. Some people don’t mind that; I can’t stand it. When I’ve been led to believe a movie is one thing and it turns out to be another, I’m invariably irritated.

Such is the case with “I Feel Pretty,” the new comedy starring Amy Schumer. To watch any of the preview or commercials for the film, you’d be led to believe that it’s a wacky, high-concept bit of slapstick, descended more from Adam Sandler than Judd Apatow.

In reality, it’s a careful and occasionally touching meditation on the role of confidence, particularly in women’s lives. It’s still funny, yes, but this is not the zany romp that you’ve been led to believe.

After a mishap in a crowded SoulCycle class, Renee (Schumer) develops the delusion that she’s a svelte, radiant stunner. A day before, she was envious and bewildered at the lives led by women she considered more attractive; now, she believes the world is hers. She flirts with an endearing hipster (Rory Scovel), dazzles one of the higher-ups at her cosmetics company (Michelle Williams) and inadvertently offends her longtime friends (Busy Phillips and Aidy Bryant).

“I Feel Pretty” is a study in how the perception of societal approval — more so even than approval itself — affects how we regard ourselves and navigate life. Its message is earnest and eloquent; it is, as you might suspect, a very affirming tale.

After considering it, I don’t believe that the relative lack of big laughs — they’re here, just not in the volume or frequency you’re likely to expect — is a knock on the film. I enjoyed “I Feel Pretty,” and I would recommend it. This is a movie with a different mission than Schumer’s previous feature turns.

I just wish the team in marketing understood that. Or, you know, movie trailers could suddenly cease to exist.

Other times, of course, the people selling the movie have it easy. With “Super Troopers 2,” they could have just bought a bunch of 10-second spots featuring the Broken Lizard comedy team saying, “We pretty much did the exact same thing again!”

That would’ve got the job done nicely.

The original “Super Troopers,” released in 2002, was a cult favorite but a box-office miss; subsequent releases by the comedy team (such as “Club Dread” and “Beer Fest”) didn’t fare any better. To get a sequel to their most beloved flick, the team turned to crowdfunding, raising more than $4 million from fans eager for more puns and highway slapstick.

The result is fine. I’d argue that it actually might be a notch better than the original, but I’m not a devotee of that film, so superfans might disagree. In this latter-day return, the Vermont Highway Patrol is sent north of the border to ride out a territory dispute with Canada; a criminal plot and substantial hijinks ensue.

A few of the sketches hit, particularly (again) those that involve the boys messing with unsuspecting drivers. Others, like a bewildering running gag about estrogen pills, miss the mark.

If you liked the original, see the sequel. If you didn’t, there’s nothing here to win you over.

The second annual Pittsburgh Underground Film Festival, presented by Reel Q, this weekend presents a series of documentaries exploring issues of gender expression, sexuality and queer issues in modern culture. The festival’s six events: a screening of “Queercore: How to Punk a Revolution,” explore the intersection of the punk and queer movements dating back to the 1980s; a screening of “Tongues United,” about modern black, gay identity; a conversation with and performance from Mink Stole, a cult-film icon and one of only two performers to appear in every John Waters film; the documentary “In Full Bloom,” about a theater troupe of transgender and gay performers; the documentary “Nothing Without Us: The Women Who Will End AIDS”; and a collection of shorts about gender expression in children. Several of the events are free or pay-what-you-can; tickets for the Mink Stole appearance, “Nothing Without Us” and “Queercore” are available now.