Hungry for Something Good? Where We're Eating in November

We indulge in Pittsburgh-made, globally influenced chocolates, eat lamb and goat curries at Salem's, visit a new izakaya in Shadyside and crush a couple of tacos Downtown. Plus, we talk to Tim "Robes" McCarthy of Butterjoint and KLVN Coffee Labs. 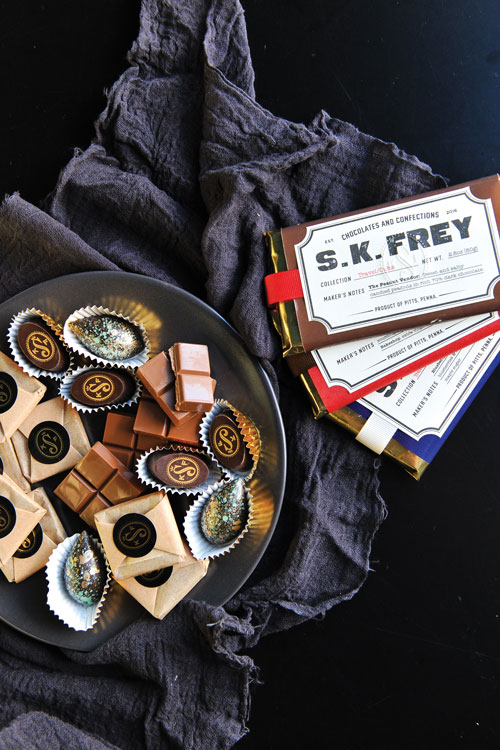 Global Chocolates: S.K. Frey Chocolates and Confections
Sally Frey is chef, scholar, teacher and chocolatier. Classically trained at Le Cordon Bleu in Paris, Frey in October completed a course in advanced chocolatier training at Valrhona’s Ecole du Grand Chocolat in France. She also has apprenticed as a chocolate maker in Belgium and worked at bean-to-bar crafting in Belize. In June 2016, as part of her budding S.K. Frey Chocolates and Confections business, Frey started The Travel Collection, a partnership with Adda Coffee & Tea House in Shadyside. Each month she creates a custom chocolate bar that reflects the monthly global focus on the coffee shop. The bar for November, Travel/Northern California, features 72 percent Valhrona dark chocolate plus sourdough bread from Five Points Artisan Bakeshop, California olive oil and sea salt. skfrey.com 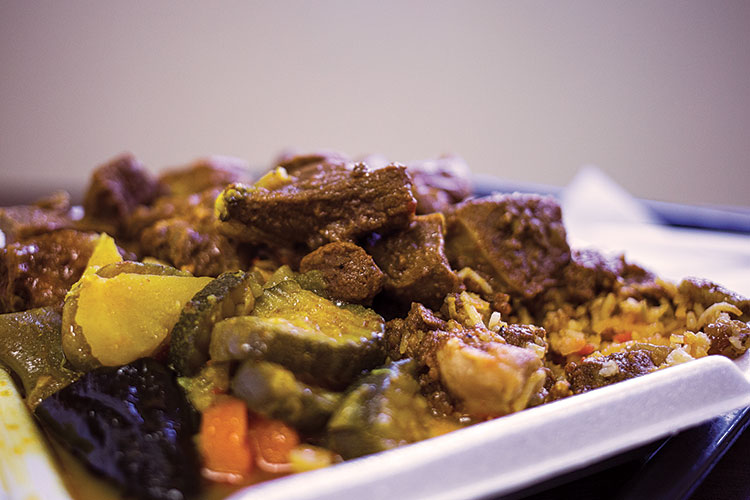 Salem’s Market & Grill
Every week or two, I join a multicultural mix of Pittsburghers lining up at Salem’s for one of the best lunch deals in Pittsburgh. Choose from luscious lamb or goat curry, meat or chicken shawarma, kufta kebab, tandoori chicken and other entrees, all served with vegetables and rice, for less than $10. There also are gyros, kebabs, sandwiches and grilled meats, plus a selection of savory pies. All of the meat served at Salem’s is certified halal.
Strip District: 2923 Penn Ave.; 412/385-5141, salemsgrill.com 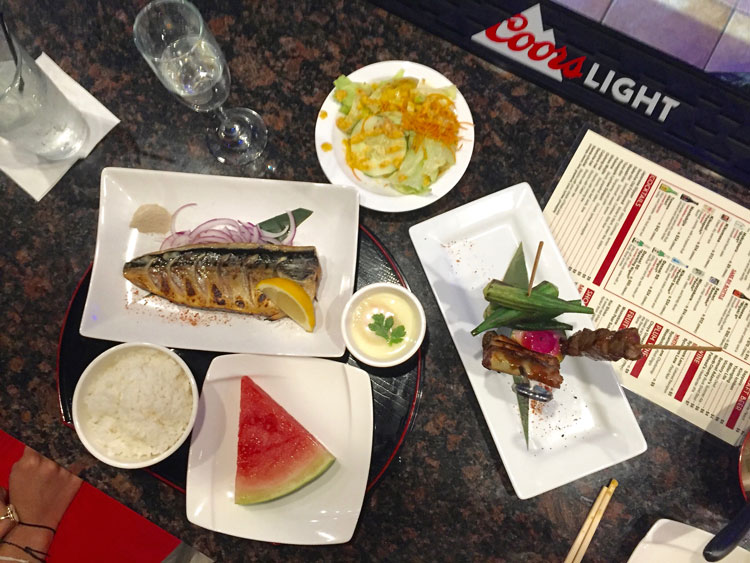 Photos by Hal B. Klein

Tan Izakaya
Tan Izakya is the newest restaurant from Mike Chen, who also owns Everyday Noodles in Squirrel Hill and China Palace in Monroeville. It’s a solid new addition to the Walnut Street corridor that’s been in need of a good sprucing up. Diners can drop by for a handful of reasonably priced yakitori — my favorites are pork and green onion, lamb, and bacon and quail egg — and a few glasses of sake, or go for a bigger teishoku meal such as grilled Norway mackerel or a donburi rice bowl. Raw fish options include sushi, sashimi and maki rolls.
Shadyside: 815 S. Aiken Ave.; 412/688-0188, 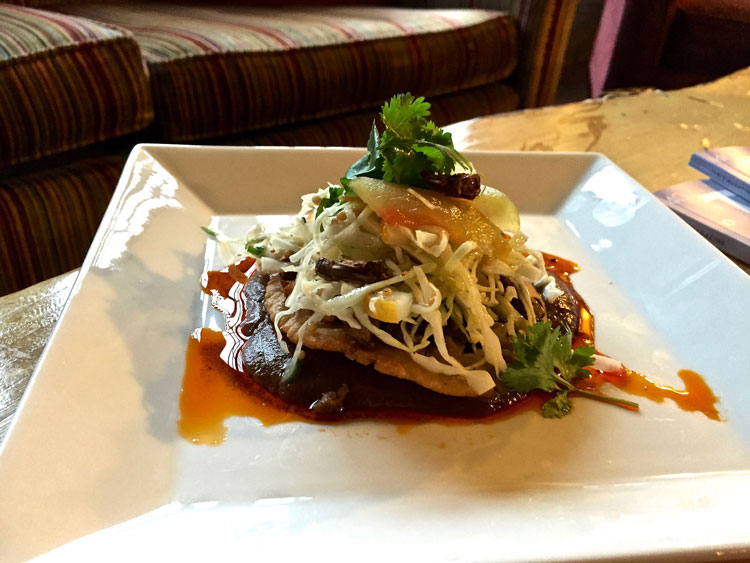 Scratch Food & Beverage
Scratch is moving one step beyond its role as a fantastic neighborhood bar by introducing a couple of insect-based dishes to its already-solid menu. Executive Chef Matt Petruna first experimented with these untraditional (at least in the United States) protein sources at a popup event in August. Now he has added cricket and mealworm arancini as well as cricket and chorizo tacos to his lineup of dishes.
Troy Hill: 1720 Lowrie St.; 412/251-0822, scratchfoodbev.com

Bea Taco Town (Downtown)
One of my top spots for a quick, tasty lunch Downtown is Bea Taco Town (there also is a Banksville Road location that I haven’t yet visited). The small Mexican restaurant has a solid selection of tacos, burritos, enchiladas, taquitos and tostadas. I prefer the tacos to the burritos and suggest you order borrego — lamb slow-cooked in guajillo chili — as one of your meat fillings; the rich, slightly spicy meat is a treat to eat. Barbacoa, al pastor and cochinita pibil all are excellent choices, too.
Downtown: 633 Smithfield St.; 412/471-8361, beataqueria.com 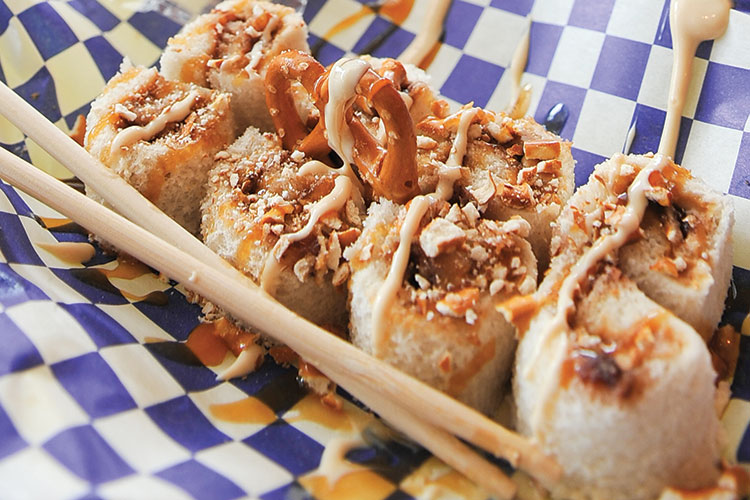 Feed Your (Inner) Child: Peanut Better Jelly Time
Peanut Butter Jelly Time on Liberty Avenue in Bloomfield is a treat for both kids and the kid-hearted. The bright and breezy space features a lengthy menu that revolves around the iconic PB&J sandwich. There are classics such as, well, peanut butter and jelly on white bread (grape and strawberry jellies, both of which claim “correct” status in different geographies, are offered) and The Elvis (peanut butter with bananas and honey), plus gourmet options and PB&J “sushi” rolls. Peanut Butter Jelly Time also offers a grilled cheese menu and a build-your-own-bowl cereal bar.
(4709 Liberty Ave., Bloomfield; 412/622-0225) 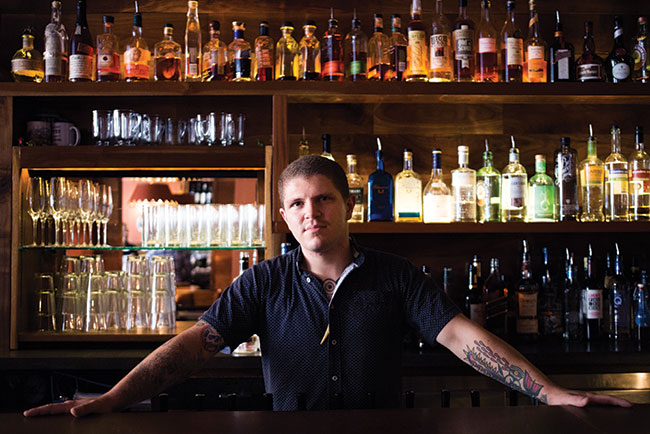 Tim ‘Robes’ McCarthy
Butterjoint/KLVN Coffee Labs | Bartender/Assistant Roaster
Tim McCarthy started working in Pittsburgh restaurants in 2007 and since has become a service-industry fixture. He has been a server and bartender at Kaya, Salt of the Earth and Harvard & Highland, and he now bartends at Butterjoint. McCarthy also is the assistant roaster at KLVN Coffee Labs.

Everyone calls you Tim Robes…but your last name isn’t Robes.
That confusion started when I was working at the (Phipps Conservatory and Botanical Garden) cafe, because I got the job from the Mr. Roboto Board. Everyone knew me by my screen name on there, “Iron Robes.” People thought that “Iron” was some sort of adjective to my last name, so they started calling me Tim Robes. That happened for awhile underground and then flew public, and it stuck.

What are your keys to hospitality?
Give them a friendly greeting as soon as they walk in the door, and then make sure that the first thing that they get is a menu and a glass of water. I like to tell people my name so if they need me, it’s easy to get my attention. All of this gives someone familiarity and makes them feel comfortable if they’re never been there before, and it also builds a long-term relationship with customers.

What has changed over the years?
There are a lot more places to go. You have to be more competitive, but you also have to play to your audience. As far as what’s pushing the cocktail scene forward in Pittsburgh, it’s coming up with new ideas with the same ingredients. We’re playing now with texture; how does it affect taste?

How do you roast a good coffee bean?
It’s really important to remember that coffee is a fruit. What you’re trying to do is take a bean that’s mostly starch and turn that starch into sugars. What makes a great bean is when you bring the sugars up to the right point but so they’re not overcooked, just like making a caramel. If you’re dealing with speciality coffee beans and you over-roast it, you’re destroying some of the best parts of the coffee.