Hungry for Something Good? Where We're Eating in November 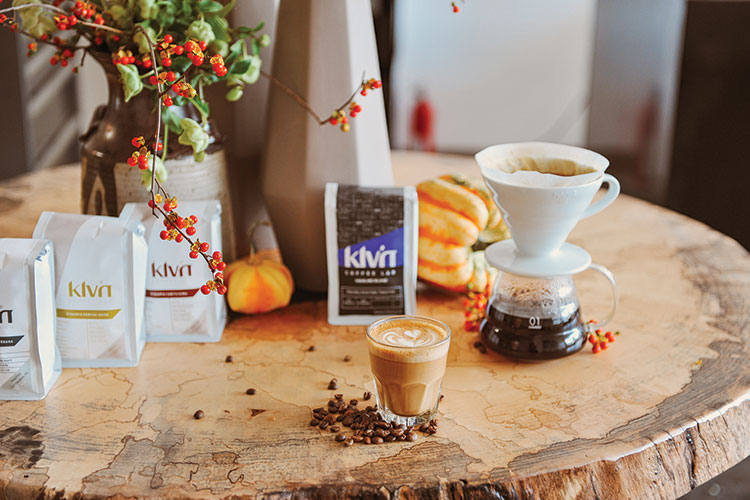 KLVN Coffee Lab
Jeff Sloan got his start in the coffee-roasting trade roasting beans with a high-end California outfit. He decided to move to Pittsburgh after meeting KLVN founder and co-owner Will Humphrey, who was attending a class that Sloan was teaching. Sloan is fastidious about sourcing the highest-quality beans — but what really sets KLVN apart from other local outfits is its small-batch, West Coast coffee roasting method. The light-roasted beans produce a clean, bright, high-acid (and more highly caffeinated) cup of coffee. KLVN currently sells its beans directly to cafes, restaurants and home consumers; Sloan says plans for a coffee shop are in the works. (Point Breeze: 6901 Lynn Way; 412/339-0994, klvncoffee.com) 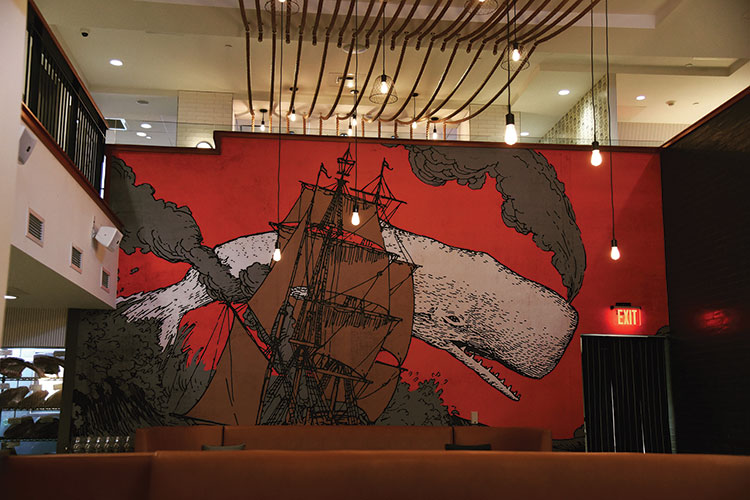 or, The Whale
What, you might ask, is a “Moby Dick”-themed restaurant doing in Pittsburgh? Executive Chef Dennis Marron (The Commoner) grew up on the Jersey shore and missed the seafood shacks and chop-houses of his youth. So he’s brought that concept — elevated to match the style of the attached Distrikt Hotel — Downtown. The restaurant’s very good dinner menu features chowders, mussels, whole-grilled fish and a selection of wood-roasted meat. There’s brunch every day, with dishes such as shakshuka, herb-baked eggs and a wedge salad. Sommelier Eric Morer is a rising star in Pittsburgh’s wine community and beverage manager Michael R. Anderson’s cocktail list is his best yet.
Downtown: 463 Boulevard of the Allies; 412/632-0200, orthewhalepgh.com

Needle & Pin
I was a bit skeptical when the owners of Winghart’s decided that their second concept should be a nod to the cuisine of the British raj, but, despite a need for a little better acknowledgment of that colonial era, the menu largely works. Dishes such as chicken tikka masala, seared-jackfruit curry and Scotch eggs are respectable nods toward Indian-influenced British pub grub, albeit with some spins — for example, vermicelli noodles replace rice as a curry accompaniment. The restaurant’s gin list is spectacular, and both custom and craft cocktails are worth ordering. Dormont: 3271 W. Liberty Ave.; 412/207-9724, needle-pin.com 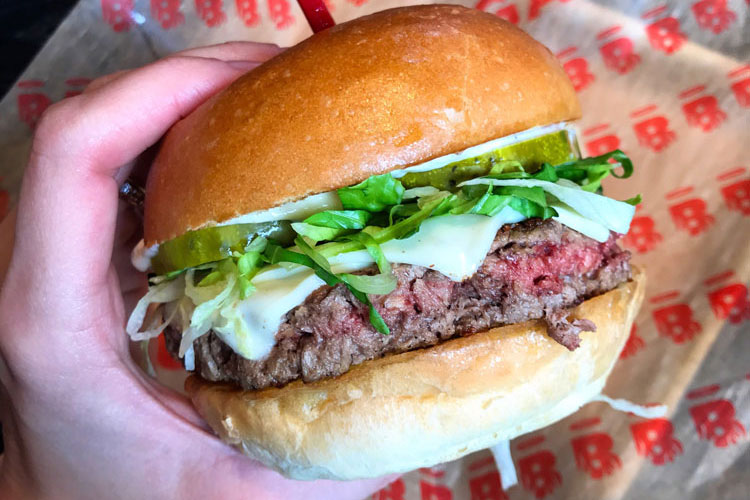 Burgatory
The local hamburger chain Burgatory was an instant hit when it opened its first location in the Waterworks Mall in 2011. The popularity of its customizable burgers and boozy milkshakes helped it expand to six standalone spots as well as locations in PPG Paints Arena and Heinz Field. It recently stepped up a level when it became the first Pennsylvania restaurant to serve the meat-free, yet “meaty,” Impossible Burger. I tried one and it lives up to its reputation — the Impossible Burger, manufactured from plant-based ingredients, has an uncanny, though not complete, resemblance to a beef-based hamburger, as well as a significantly softer environmental impact. It’s worth trying. burgatorybar.com. 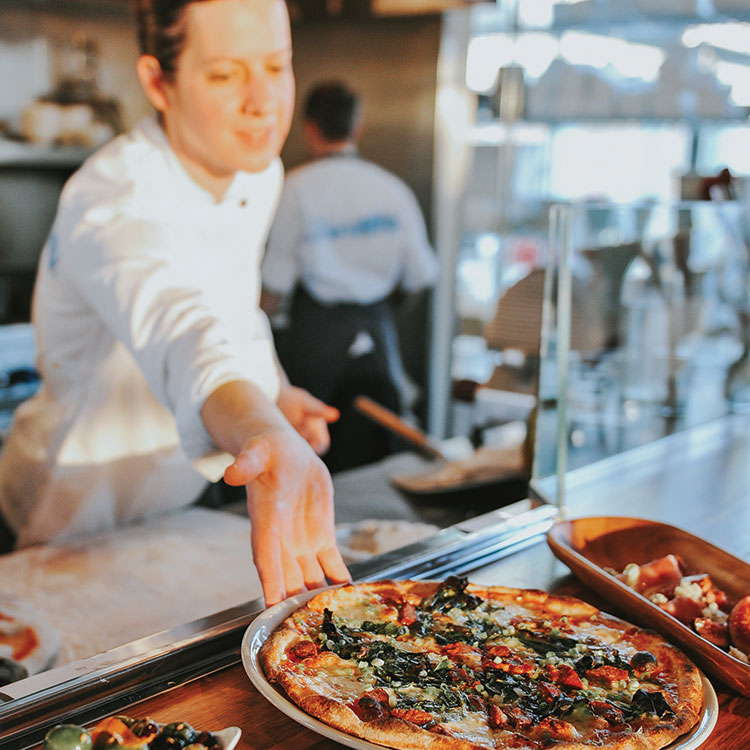 Dinette
Dinette owner and chef Sonja J Finn, a  2017 40 Under 40 honoree, has been a leading voice in Pittsburgh food culture. This year she joined a small group of Pittsburgh restaurants that instituted a no-tipping policy at her East Liberty restaurant to continue across-the-board equity with front-of-house and back-of-house staff. Now, she’s streamlined prices, too, with all of the restaurant’s terrific pizza builds listed for a single price; wine, by the glass and by the bottle, follows the same form. (Shadyside, 5996 Centre Ave.; 412/362-0202, dinette-pgh.com) 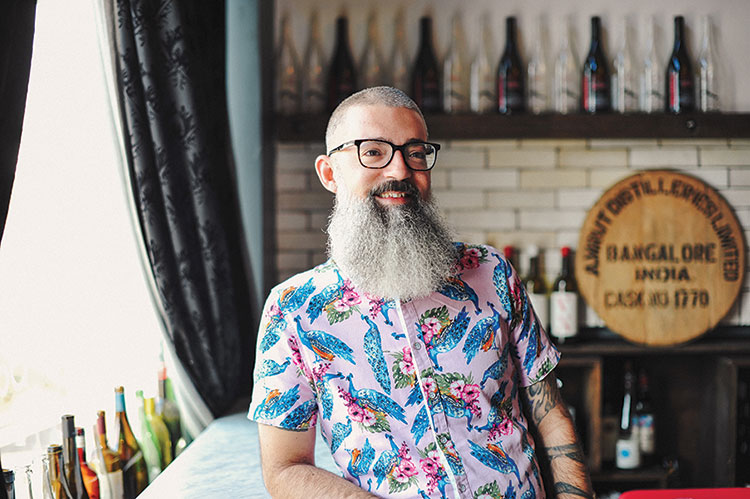 Jason Renner
Bar Manager / Bar Marco
Renner got his start as a server at the Library on the South Side and started working full time behind the bar at Nico’s Recovery Room in Bloomfield, where he stayed for seven years. He later worked at Ten Penny Downtown prior to joining the Bar Marco family when he took a position at The Cloak Room (which became the now-defunct The Pines) in East Liberty.

What did you learn tending bar at Nico’s?
It taught me how to be fast. During the week, I was the only bartender. So I had to work the bar and also [prepare orders from] the dining room. Karaoke nights were three-deep; working the bar those nights taught me how to be fair — first come, first served.

How do you approach the “dealer’s choice” option at Bar Marco?
There was no cocktail menu when I got there. That was hard, learning to make cocktails on the fly. It took me a few weeks to get the hang of it and a few months to be very confident. We ask for a base spirit or two that you like, flavors that you’re in the mood for, and, more importantly, what you don’t like. For example, you don’t like bitter or smokey, that eliminates a lot of things. If you break it down, a lot of cocktails are 2 oz. spirit, 3/4 citrus and 3/4 sweet. And you can chop that up, say, with two base spirits one-to-one.  »  You used to live in the Allegheny Cemetery.

What was that like?
I was there for seven or eight years, working security. We’d drive around to make sure people weren’t locked in after we closed. You see a lot of things. Holidays are sad, because you’ll find people drinking at the grave of a loved one they recently lost. You need to have sympathy; if I was closing the gates and saw a family mourning, I’d let them know they could take their time.