Hungry for Something Good, Pittsburgh? Where We're Eating in September

We visit Mediterra Cafe in Sewickley, eat Pie for Breakfast and catch up with two Pittsburgh-based chefs who recently returned from China. Plus, we talk to Bar Marco's Karl Hickey. 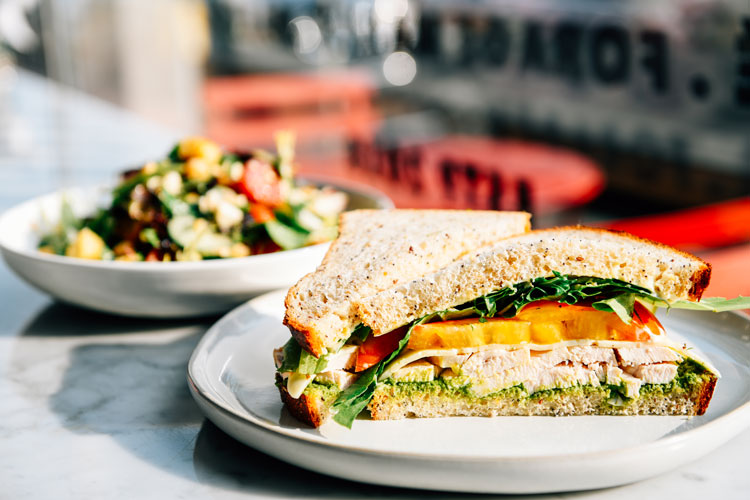 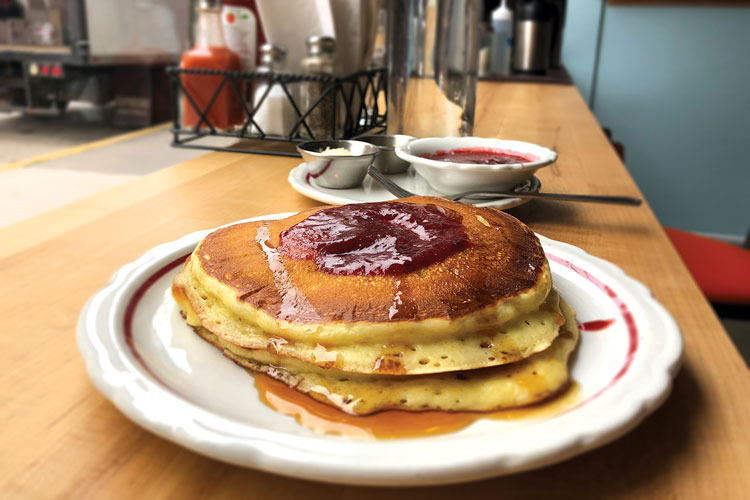 Pie for Breakfast
In June, Trevett and Sarah Hooper expanded their Craig Street eatery empire (which includes Legume and Butterjoint) with the addition of an all-day diner called Pie for Breakfast. It is a treat to have a stepped-up diner in Pittsburgh with a menu that’s built on ingredients following the same high-quality, regionally focused sourcing as the Hoopers’ other restaurants, built at an affordable price-point by integrating ingredients from Legume’s supply chain. I’m a big fan of Pie for Breakfast’s buttermilk pancakes, which are light and airy but also a touch tangy and salty, making them a perfect foil for creamy butter and Paul Family Farms maple syrup. Lunch and dinner offerings — limited in scope but very nicely executed — come in a “meat-and-three” format, which means you get to pick a main and pair it with an assortment of sides such as black-eyed peas, mujadara, home fries, applesauce and braised greens. No surprise, there also is very good pie at Pie for Breakfast. Flaky, buttery crust is filled with seasonal ingredients, and make sure to try the vinegar pie; it eats much sweeter than its name implies.
200 N. Craig St., Oakland; 412/315-7342, pieforbreakfastpittsburgh.com 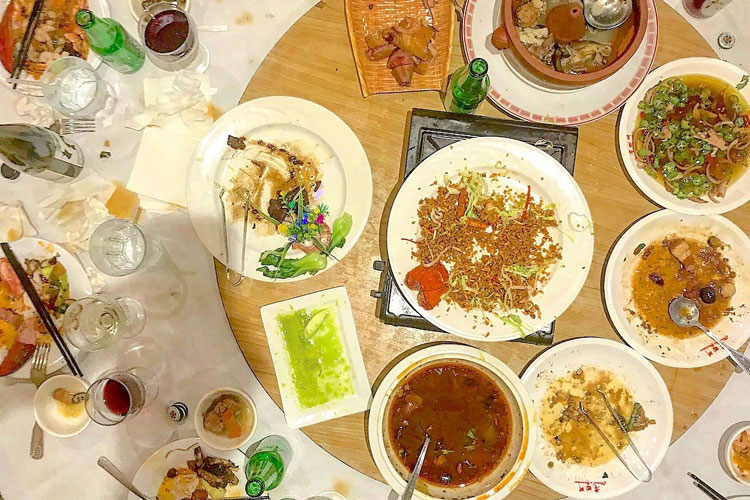 In other restaurant news, two Pittsburgh chefs travel to China and a major restaurant opening Downtown:
Wei Zhu, executive chef/owner of Chengdu Gourmet in Squirrel Hill, recently returned from a month in Sichuan Province, China, where he trained with master chef Li Wan Min. Zhu fine-tuned some of his already extraordinary dishes such as Chongqing beef hot pot, eggplants with dry-fried green beans and spicy, fragrant cold chicken, and he plans on adding new items to the restaurant’s menu over the next few months. Feng Gao of Sakura in Squirrel Hill also traveled to China to study, spending three weeks in an advanced culinary course in Xi’an, the capital of Shaanxi Province. He’s wowing customers with various permutations of hand-ripped and hot-oil noodles, as well as dishes such as paper-wrapped fish with pickled vegetables. In July, Ron Molinaro and Bob Wolfinger, proprietors of Il Pizzaiolo and Pirata, opened Molinaro Ristorante Downtown in the former Poros space. The restaurant’s executive chef is Domenico Cornacchia, an Abruzzo-born chef who made a name for himself in Washington, D.C., kitchens. Go for pasta dishes such as basil scialatielli pasta with Manila clams, Vesuvius cherry tomatoes, olive oil and flat parsley and monster veal chops served by a tuxedoed wait staff. 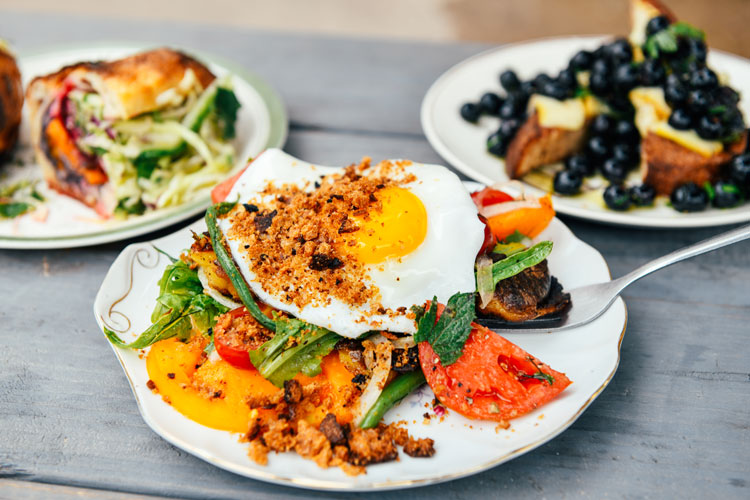 Bitter Ends Garden & Luncheonette
It’s peak produce season in western Pennsylvania and there aren’t many restaurants in town that highlight the region’s bounty as beautifully as Bitter Ends Garden & Luncheonette in Bloomfield. The owners of the pocket-sized lunch counter farm a half-acre of land in Verona, and their guiding philosophy is to grow for flavor over yield. Their heirloom vegetables make a short commute from field to plate, where they’re combined with an array of grains, fruit, eggs and meat from other outstanding Pittsburgh-area producers into some of my favorite sandwiches, soups, pastries and other delicious bites.
4613 Liberty Ave., Bloomfield; 412/450-0229, tillthebitterends.com 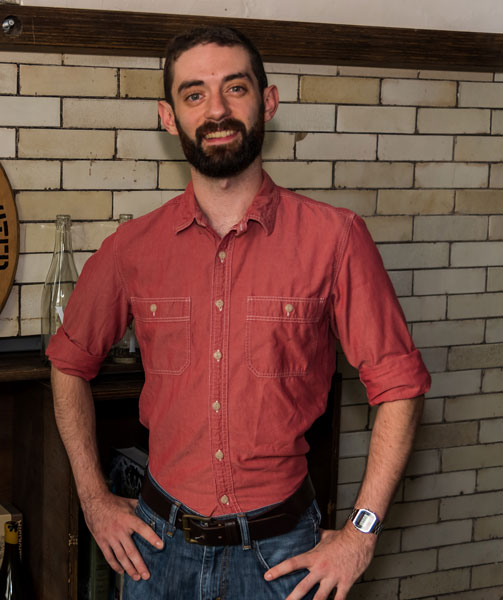 Karl Hickey
Server | Bar Marco
The affable Karl Hickey joined the team at Bar Marco a year ago after a two-year run working high-volume service at Nakama on the South Side. Prior to that, he bartended at Pizza Sola in Oakland. Hickey says his guiding philosophy of service is to present a set of clear expectations for his guests and then meet or exceed those expectations

What are your favorite before- and after-work destinations?
I love a good breakfast sandwich, and Pear and Pickle in Troy Hill so far has served me the best breakfast sandwich I ever had. Before work, I’m usually grabbing lunch in Squirrel Hill. They do a great buffet at Coriander, which is a good way to get a lot of food in your system before shift. After work, Tina’s is the spot. And the Cage is great, too, especially if you can get in there before midnight (when the kitchen closes) and get a burger.

What’s a day off like for you?
I’m usually doing laundry. Recently I’ve been trying to check out some cool antique spots. It’s fun. You might catch me watching sports at Murray Avenue Grill. I like seeing movies, especially in the middle of the day. If you see a movie in the daytime, you can still go out at night.

If you could spend a day or two on the floor of another Pittsburgh restaurant, where would it be?
I’d love to spend a night on the floor of Butcher and the Rye. I really respect their points of service. The quality of hospitality they can put out with the volume they bring in every night is impressive. They keep a tight ship with a lot of people every night.