Hungry for Something Good, Pittsburgh? Where We're Eating in October.

We're cheesing it up at Chantal's, pairing plates and cocktails at Fish Nor Fowl and visiting one of our favorite spots, Apteka. Plus, we talk to Lautrec's Kristin A. Butterworth. 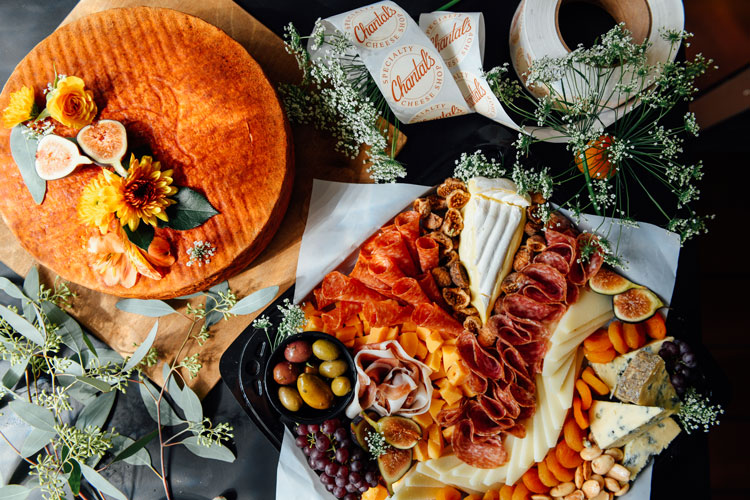 Chantal's Cheese Shop
Earlier this year, Anaïs Saint-André Loughran, Donna Kyler and Chris Loughran opened Chantal’s, a boutique cheese shop in Bloomfield (Kyler no longer is part of the business). With somewhere between 85 and 100 varieties of cheese in the case at any given time, it’s the perfect place to assemble everything from a snack to a grand cheese board. Saint-André Loughran recommends including mimolette, a hard, pumpkin-orange cheese from northern France, on your October cheese plate. The charming store’s shelves are stocked with a curated selection of cheese-friendly accoutrements such as preserves, mustards and conservas.
4402 Penn Ave., Bloomfield; 412/621-1203, chantalscheese.com 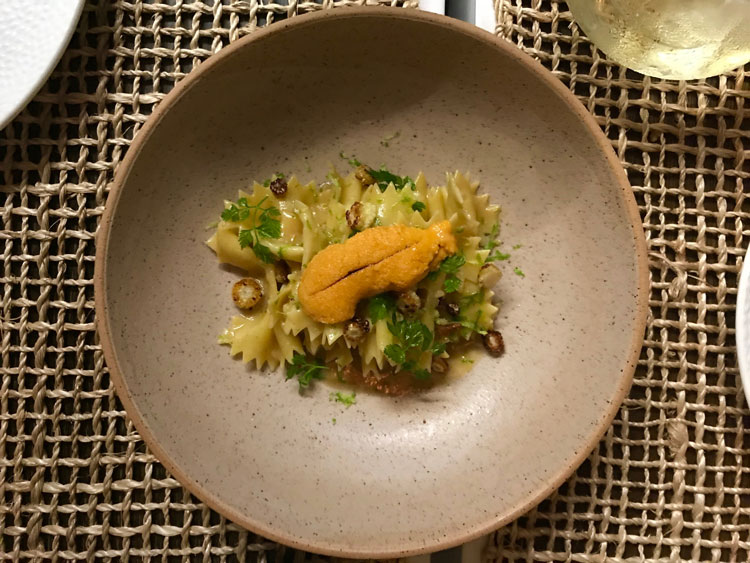 Fish Nor Fowl
The sixth restaurant from the Richard DeShantz Restaurant Group (Poulet Bleu, tako) is off to a strong start. DeShantz designed the space, which is located in the building that once housed Salt of the Earth. It’s mid-century-modern and Scandinavian-inspired (the upstairs dining room even features faux animal pelts) and full of hygge, the Norwegian and Danish expression for cozy conviviality. Executive Chef/partner Dan Carlton (Butcher and the Rye) leads the culinary team. His enticing menu is divided into “Water,” “Field” and “Farm” selections; agnolotti with white bean in a green tomato and parmesan brodo and grilled halibut collars are my early favorites. Michael R. Anderson, a DeShantz Group veteran, developed a lengthy cocktail menu designed to complement Carlton’s menu; “Blue Algae,” a mezcal-based cocktail from “Water” is saline, refreshing and hands-down the best blue cocktail I’ve ever had. If pairing wine with your meal is more your speed, consultant John Wabeck put together a user-friendly wine list; he also designed the upbeat, ’80s-influenced playlist. Maggie Meskey returns to her old stomping grounds — she once was Salt’s bar manager — as general manager, overseeing an efficient and friendly front of house staff. 5523 Penn Ave., Garfield; 412/460-4644, fishnorfowlpgh.com 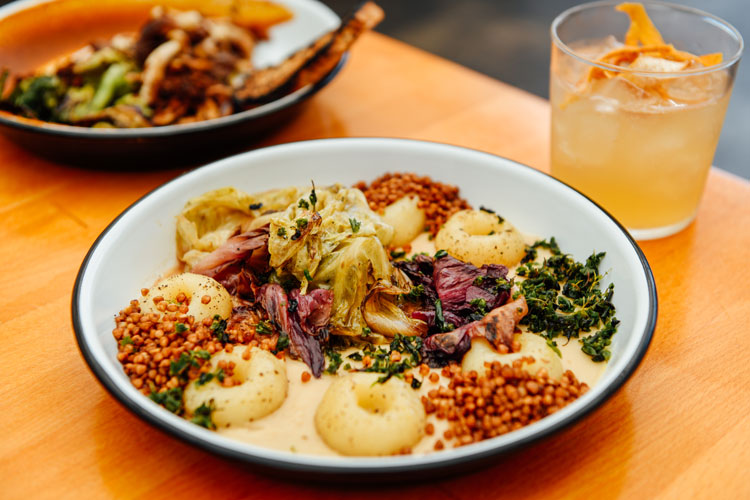 Apteka
Alas, Apteka’s summertime sensation of eating a sunflower head as if it were corn on the cob has faded with the rest of the garden. But there still are plenty of reasons to visit the vegan restaurant in Bloomfield in the autumn. If I were you, I’d get a big bowl of kluski slaskie, a comfort food dish with lima beans, bitter leaves, tacky potato dumplings, crunchy fried buckwheat and herbaceous marjoram. Apteka’s weekly Sunday night series, Lonely No More, continues to be a draw, with guest DJs, drink specials and a late-night menu (also available Friday and Saturday nights).
4606 Penn Ave., Bloomfield; aptekapgh.com

In other news:
Down the block from Fish nor Fowl in Garfield, Christian Frangiadis and his crew opened Spork Pit, a Texas-style barbeque spot, down the road from their excellent Bloomfield restaurant, Spork. The menu features an array of smoked meats such as brisket, pulled pork, sausage and turkey. A solid beer list and a handful of frozen cocktails (get the Chartreuse-forward play on a Last Word) complement the smoked meats, of which the brisket is my favorite. Over on the North Side, longtime Pittsburgh chef Brian Hammond (Restaurant Echo, Hyeholde) opened Siempre Algo in August. His eclectic inaugural menu features dishes such as house-made Bavarian-style pretzels, braised pork shoulder with smoked red-pepper marinade and black beans puree and pan-roasted halibut with barley and peas, baby bok choy, green molé and toasted pepitas. 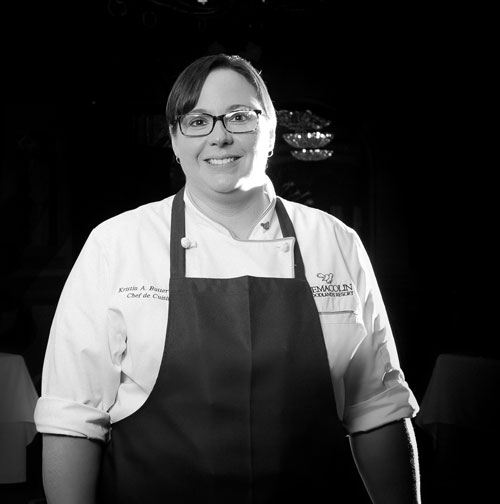 Kristin A. Butterworth
Executive Chef | Lautrec
Kristin A. Butterworth returned to Lautrec in Farmington in 2010 as the restaurant’s chef de cuisine. She’d worked at the fine-dining restaurant at Nemacolin Woodlands Resort early in her career prior to moving on to jobs at The Georgian Room Restaurant at the Cloister at Sea Island and the prestigious Inn at Little Washington, where she was sous chef.

Where do you go for a before- or after-work meal?
There’s a little cafe — Bittersweet Cafe — that’s super cute. They make English muffins from scratch, source local eggs and cheese, cure their own bacon and make sausage in-house. It’s a great place to sit outside and have breakfast and a coffee. It’s somewhere that would do well if they did it in Pittsburgh, too.

What’s your favorite thing to do on a day off?
Either go into the city, eat somewhere and get inspired or hang out outside, take some photos and de-stress from the week. It depends on if I want a lot of human interaction or minimal interaction.

Do you cook at home?
Pretty frequently. Pasta is my go-to comfort food, but I won't hesitate to grill something at midnight in summertime, especially if it’s nice out, I love to turn on the porch light, fire up the grill and eat a steak.

If you could work in another Pittsburgh bar to have fun or to learn something, where would it be?
That’s a tough one. There are tons of places, really. Making charcuterie isn't something I have a ton of experience in and I’d love to get into Justin Severino’s head for a day or two at Cure.