Hungry for Something Good, Pittsburgh? Where We're Eating in November. 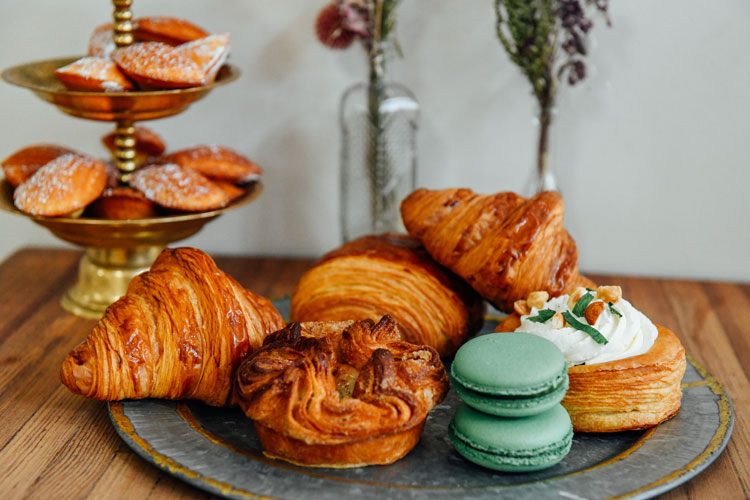 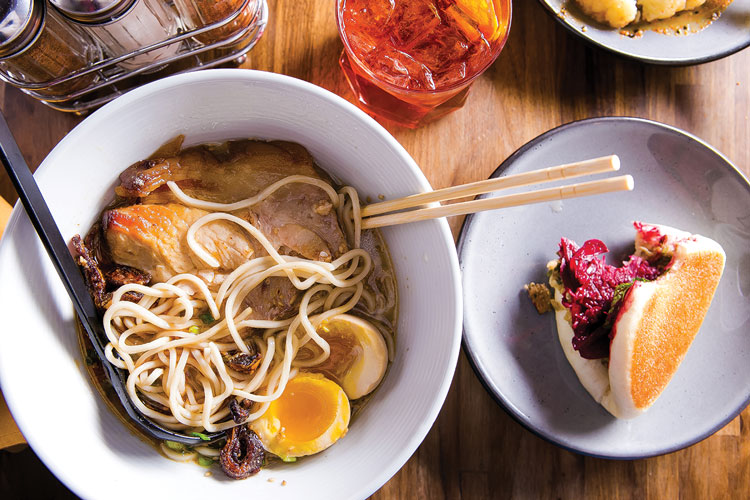 Ki Ramen
Roger Li is beginning to establish a reputation as a restaurateur who doesn’t rest on his laurels. Much in the same way he and his team honed in last year at Umami, the third-floor izakaya he owns with Derek Brunell (Round Corner Cantina), it feels as though he’s hitting his stride at Ki Ramen, the noodle shop he runs with Domenic Branduzzi (Piccolo Forno). There now is a wicked depth-of-flavor in the shio broth, and the curry broth, which I called out as watery in my March review, now is a flavorful vegetarian option. I’m digging the expanded side-dish menu; offerings such as snow-pea leaves, fried rice and vegetable spring rolls are a nice way to round out a meal, and they point toward future expansion of the Ki concept, which also includes Ki Pollo. Ki Ramen’s late night series is a favorite, too. It’s a treat to munch on fusion specials such as pepperoni roll bao buns, bulgogi empanadas and ramen carbonara deep into the night.
4401 Butler St., Lawrenceville; 412/586-4796, kiramenpgh.com 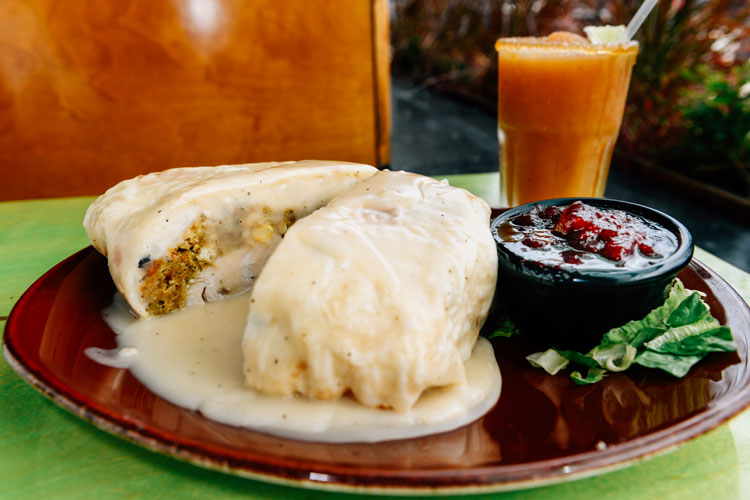 Mad Mex
Tom Baron and Juno Yoon were interested in running a restaurant that would serve healthy, Cal-Mex cuisine, proper margaritas and great beer when they opened Mad Mex in Oakland in October 1993 (Yoon left the company in 2000). Twenty five years later, there are 13 Mad Mex restaurants, with locations as far afield as Erie and Philadelphia. The most casual concept in the big Burrito Restaurant Group — which includes Casbah, Eleven, Soba, Kaya and umi —  features a menu that includes tacos, burritos and wings with plenty of vegetarian options. November also highlights the most famous Mad Mex creation: the Thanksgiving-themed Gobblerito.
Various locations; madmex.com

In Sandwich News:
Kendyl Ryan and Dan Rodriguez, owners of the popular pop-up dinner series Duncan Street Dinners, have found a new  home and a new focus in Millvale. Their monthly five-course dinners will continue in the dining room of the space, but their business now primarily is focused on sandwiches. Bread, meats, vegetables and accoutrement all are prepared in-house, and there always will be a thoughtful vegan or vegetarian option on the menu. In the Strip District, owner/chef of Joey’s Snack Bar Joey Hilty has decided to shift the focus of his Smallman Galley stall to focus on sandwiches. Look for permutations such as roast pork with rapini and provolone, chicken parmigiana (loaded with cheese) and mushroom cheesesteak, all stuffed inside Mediterra Bakehouse pizza bianca bread. Hilty is setting the stage to become a hero of crushability with these offerings. 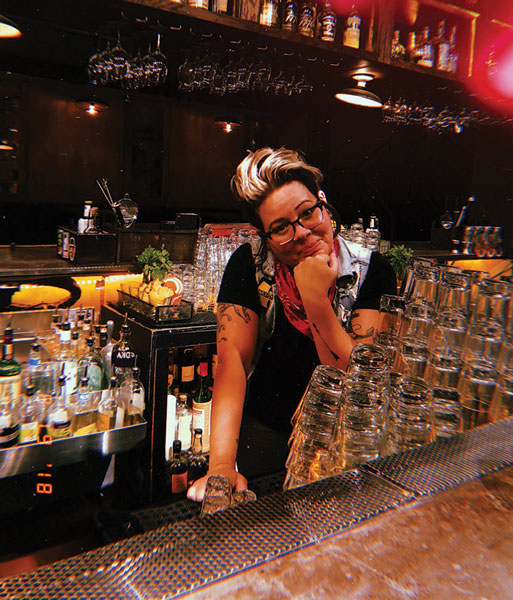 Allie Contreras
Bartender | Harvard & Stone/El Dorado, Los Angeles
Prior to moving to Los Angeles in March 2017, Allie Contreras stood out in the Pittsburgh bar scene making cocktails at establishments such as Round Corner Cantina, Bar Marco and Verde. Pittsburgh Magazine caught up with her while she was on shift at Harvard & Stone in East Hollywood; she also bartends at El Dorado in Downtown L.A. Contreras will guest bartend in Pittsburgh on Nov. 27 at The Goldmark in Lawrenceville.

What do you like to do on your days off in Los Angeles?
I’ve gotten a lot healthier. I love boxing. I’ve gotten into hiking; there are so many places you can go here, it’s crazy. I love driving around, too, because there are so many different neighborhoods and cultures to explore. And, of course, I’m always trying to find different places to eat.

What do you miss about Pittsburgh?
The people. They keep it real. The community is so small it’s like a family. I’ve created one here, but if I could carry my people from Pittsburgh around with me I would. This is a destination though, so people do come and visit. And they can do research and development in this room (the back bar at Harvard & Stone).

What other cities would you want to spend some time in to learn about the craft of cocktails?
Houston. I met a lot of bartenders from there recently who are doing some cool things. Spain. London. Bartenders in those places are doing amazing work.

What’s something that Pittsburgh should know about being a bartender in Los Angeles?
You have to know someone here. It doesn’t matter what you’ve done before. I was lucky that I knew people from earlier in my career. But people send in headshots. Headshots! A lot of people come here without craft cocktail experience. But there are also a ton of great bartenders in town.