Hungry for Something Good, Pittsburgh? Where We're Eating in May. 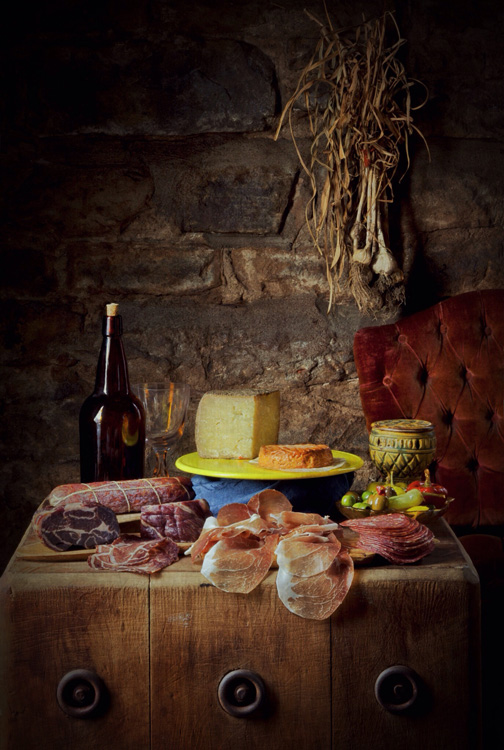 Old World Charm: Parma Sausage
The Parma Sausage story begins in Corsica with Alessio Spinabelli; his son, Luigi, cemented it in Pittsburgh in 1954. The third and fourth generations of charcutiers continue their tradition today in the Strip District with a fabulous line of products that includes Berkshire hog prosciutto, mild and hot sopressata, Genoa-style salami and coppa secca. Visit their Penn Avenue storefront for a taste of history combined with terrific customer service, or find their goods at select Giant Eagle Market District locations.
[1734 Penn Ave., Strip District; 412/391-4238, parmasausage.com] 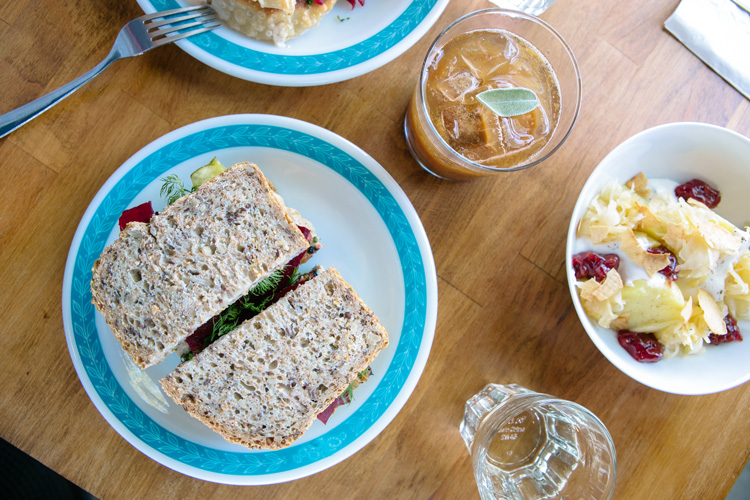 Apteka
“This is a vegetable restaurant,” Apteka proclaims on its website. The Bloomfield spot is owned and operated by Kate Lasky and Tomasz Skowronski, Pittsburghers known for their popular “Pierogi Night” popup series. Their brick-and-mortar restaurant is 100 percent vegan, and the menu tilts toward eastern Europe for inspiration. Diners can expect a casual atmosphere and reasonable prices. In addition to the pierogi, I recommend ordering kartofle z jogurtem migdalowym (potatoes with yogurt and jam) and kanapki (tartines).
[4606 Penn Ave., Bloomfield; 412/251-0189, aptekapgh.com]

Spice Island Tea House
Spice Island Tea House is a sleeper hit on the backstreets of Oakland. It’s worth visiting for the casual atmosphere and friendly service. There is — no surprise — a great selection of tea, and the restaurant also has a liquor license. Try a light and refreshing dish of Bun Cha (Vietnamese grilled pork and noodle salad with mint and bean sprouts) or a savory bowl of Ono Kyowsway (coconut chicken noodle soup).
[253 Atwood St., Oakland; 412/687-8821, spiceislandteahouse.com] 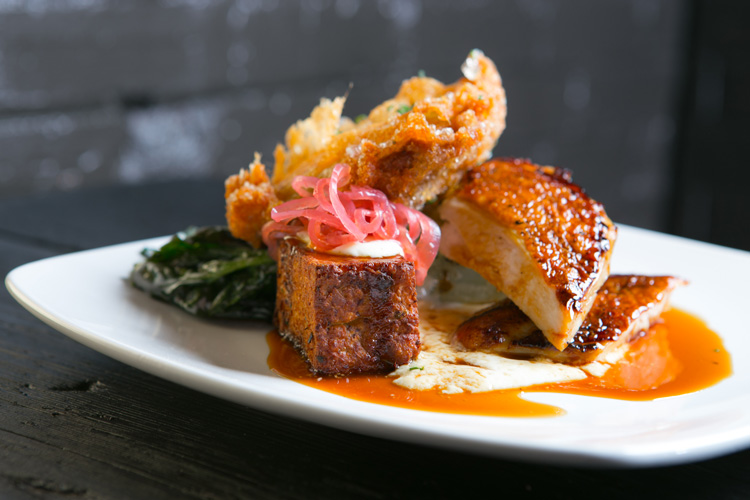 Station
Station in Bloomfield introduced a new Sunday-brunch menu in March, and even in a crowded field it’s worth checking out. I dig the crispy chicken thigh with house-made hot sauce, and those with a sweet tooth will flock to the crunchy brioche sticky with honey and seasonal fruit. Station also has added a late-night collaboration series with local chefs on Friday nights.
[4744 Liberty Ave., Bloomfield; 412/251-0540, station4744.com]

Clifford’s
Take a step back in time at Clifford’s, the quaint restaurant located on the Enslen family’s farm in Butler County. Generations-old family photos line the walls of the cozy main dining room. Service at Clifford’s is warm, as is the tasty fresh-baked bread that’s served throughout your meal. Stick to classics such as the terrific Italian wedding soup or the comforting braised pork loin.
[514 Upper Harmony Road, Evans City; 724/789-9115, cliffordsrestaurant.com] 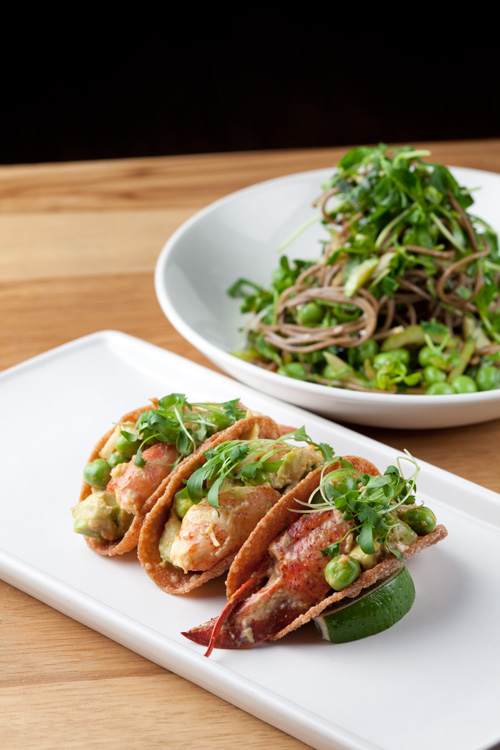 Soba
Lily Tran now is the executive chef of Soba, the big Burrito Restaurant Group’s pan-Asian eatery. She’s added new items such as flavorful Vietnamese pho and punchy chiang mai noodles with chicken to the menu since taking over the restaurant’s kitchen in February. Be sure to check out the Wednesday late-night menu (10 p.m. to 1 a.m.) for a preview of what’s to come next.
[5847 Ellsworth Ave., Shadyside; 412/362-5656, sobapa.com] 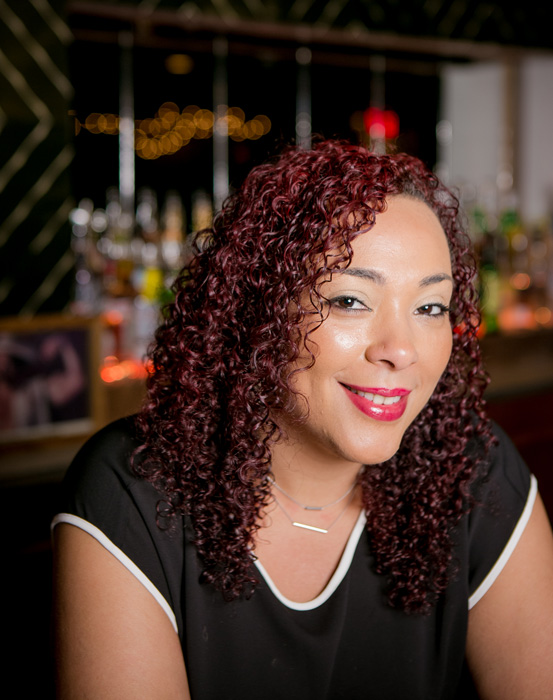 Nicole Battle
Bartender | täkō
Nicole Battle’s first bartending gig was at the Spaghetti Warehouse in the Strip District. The bar-industry vet started working for the big Burrito Restaurant Group in 2003 at Mad Mex in Ross Township and worked for the restaurant group at various locations until 2012. Battle, 38, was the opening bar manager at Grit and Grace Downtown. She now bartends at täkō and works one day a week at Spirit. Battle is the vice president of the Pittsburgh chapter of the United States Bartenders’ Guild.

How has Pittsburgh bar culture evolved in the past 10 years?
I didn’t know a lot about craft bartending until I started working at Spoon. Working with Sean [Enright], I started to learn about prepping ingredients and making everything from scratch. Between 2009 to 2011 many bars [in Pittsburgh] started switching from buying everything premade to doing things fresh and also reading books about classic cocktail recipes. Before that, it would be a beer menu and people would order a vodka tonic. Suddenly we had cocktail menus. Now there was an art to it.

What’s the importance of community to Pittsburgh’s bartenders?
We feed off each other. If someone has more information because they’ve travelled more or worked with bigger names outside of Pittsburgh, that’s helpful to everyone because they share what they know. We are willing to take critical advice from our peers, and that makes us all better. We all frequent each other’s bars, and we are honest with each other about if we like something or why [we] don’t like something.

How does the USBG improve customer experience?
Community, hospitality and charity are important to the USBG. We try to encourage bartenders to step out of their comfort zone. Plus, it connects all of our bars together. If someone is visiting Pittsburgh, we all send them to each other’s bars. That itself makes the whole city stronger to people from the outside.

This article appears in the May 2016 issue of Pittsburgh Magazine.
Categories: Eat + Drink Features