Hungry for Something Good Pittsburgh? Where We're Eating in March

We're visiting a contemporary café, market and coffee shop with the feel of an old-time neighborhood grocery, sampling extraordinary seafood in one of the “Best Bars in Pittsburgh” and visiting the region’s epicenter of vegetarian Indian cuisine. Plus we chat with Danielle Felix, Chef de Cuisine at Cure. 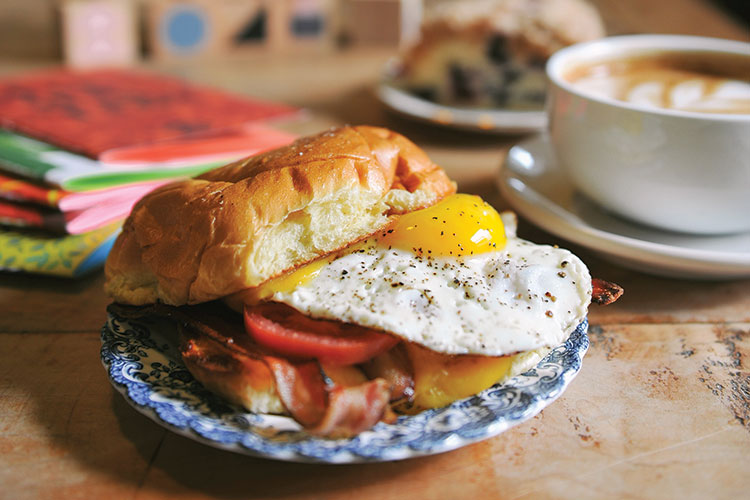 Good Neighbors: Pear and the Pickle
Pear and the Pickle is a contemporary café, market and coffee shop with the feel of an old-time neighborhood grocery. And there’s good reason for that: The business is housed in a lovingly restored turn-of-the-century building that in another era was home to a neighborhood market. Come here for Stumptown coffee, crushable sandwiches, soups and daily specials such as meatloaf sandwich with lemon aioli. Grab a book from the bookshelf or a magazine from the rack and enjoy the comfy vibe of the open space. Bonus: you can pick up household staples from the small market area.
1800 Rialto St., Troy Hill; 412/322-0333, pearandpickle.com
​ 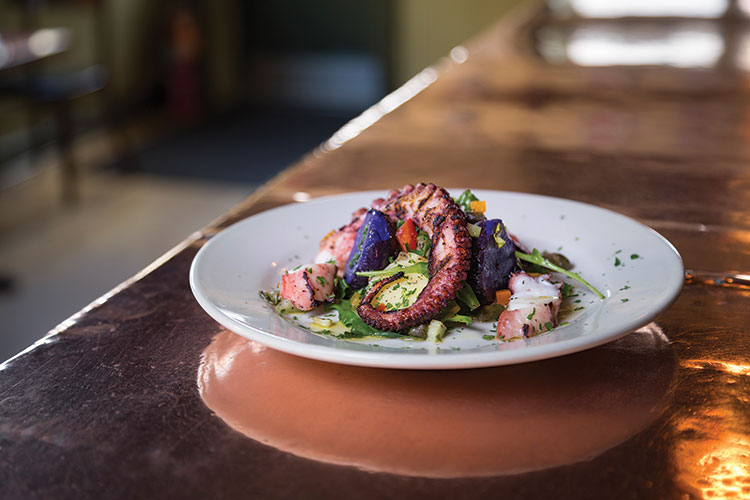 Dish Osteria and Bar
In February, as part of our “Best Bars in Pittsburgh Right Now” feature, Pittsburgh Magazine honored Dish on the South Side as “Best Bar for a Conversation.” In addition to being a top spot for a chat, it’s always worth visiting the restaurant to enjoy one (or several) of Chef/Owner Michele Savoia’s extraordinary seafood selections. One early-winter visit featured a briney Santa Barbara sea urchin atop a pile of al dente spaghetti. Deeper into the winter, there were clams served in an intoxicating tomato-saffron broth. Beautifully seared scallops dusted with Tuscan fennel pollen and paper-thin slices sashimi-grade tuna also are excellent choices.
South Side: 128 S. 17th St; 412/390-2012, dishosteria.com 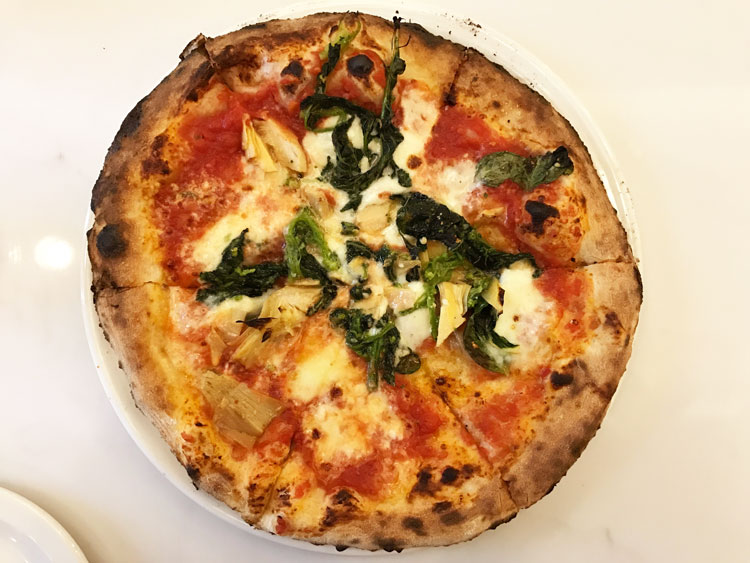 Pizzuvio
Grab a few pals and get some pies at Pizzuvio, the fast-casual Downtown pizza joint from Il Pizzaiolo’s Ron Molinaro. I appreciate how he’s managed to translate his outstanding-yet-pricey (and worth every dollar) pizza into something quite tasty that’s sold at a more accessible price-point. Pizza preppers could stand to have a bit more focus when placing toppings, but I was still quite happy with both the D.O.C. style (fresh mozzarella, tomatoes, basil) and the custom-built rapini and artichoke pizza.
Downtown: 268 Forbes Ave.; 412/471-0400 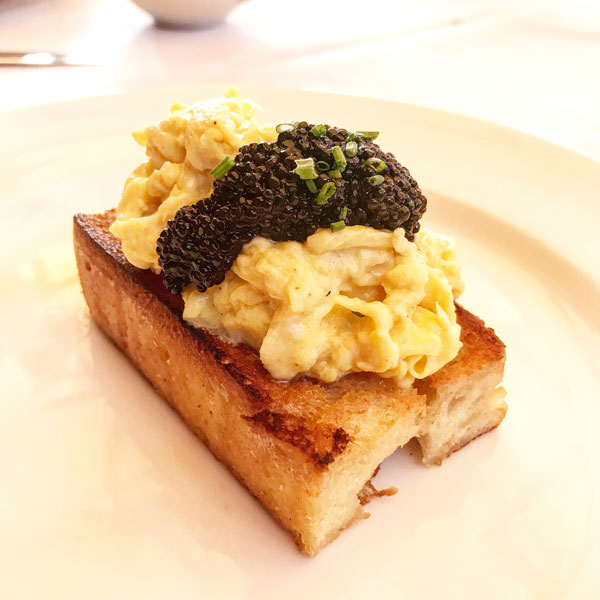 Casbah for Saturday Brunch
Casbah, the big Burrito Restaurant Group’s 21-year-old Mediterranean eatery in Shadyside, is one of Pittsburgh’s legendary restaurants. Indeed, it’s beloved by long-standing regulars for the steadfast menu of go-to favorites. Management recently decided to shake things up by adding Saturday brunch service. I love it. Go for the two-course prix-fixe menu and pair a light start such as roasted-beet salad with a heartier main such as Elysian Fields lamb shoulder and poached eggs.
Shadyside: 229 S. Highland Ave.; 412/661-5656, casbahpgh.com 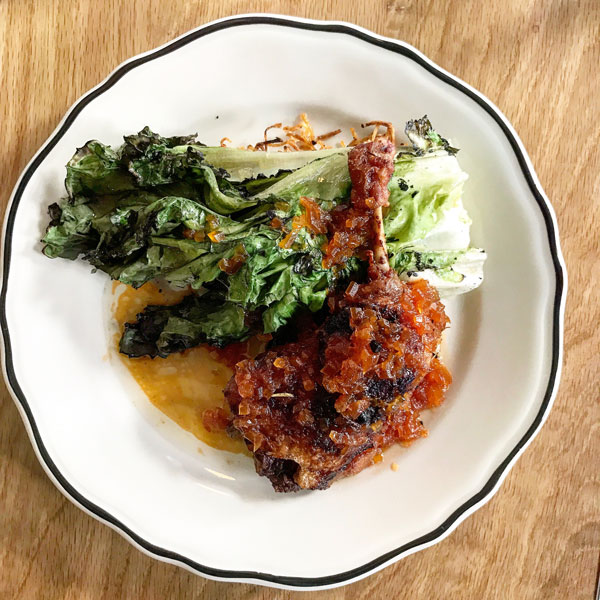 Whitfield
I’m so happy when a restaurant’s culinary team keeps working to get better. Whitfield, the restaurant in Ace Hotel, is a better place to eat than when it opened a little more than a year ago. It’s solved most of its consistency issues (and does justice to the impeccably sourced steaks) and now is a destination restaurant for both hotel guests Pittsburghers. I’m smitten with the tender, luscious duck-leg confit served with bittersweet grapefruit marmalade, crisp shredded potatoes and charred escarole. Desserts, as always, are spectacular.
East Liberty: 120 S. Whitfield St.; 412/626-3090, whitfieldpgh.com 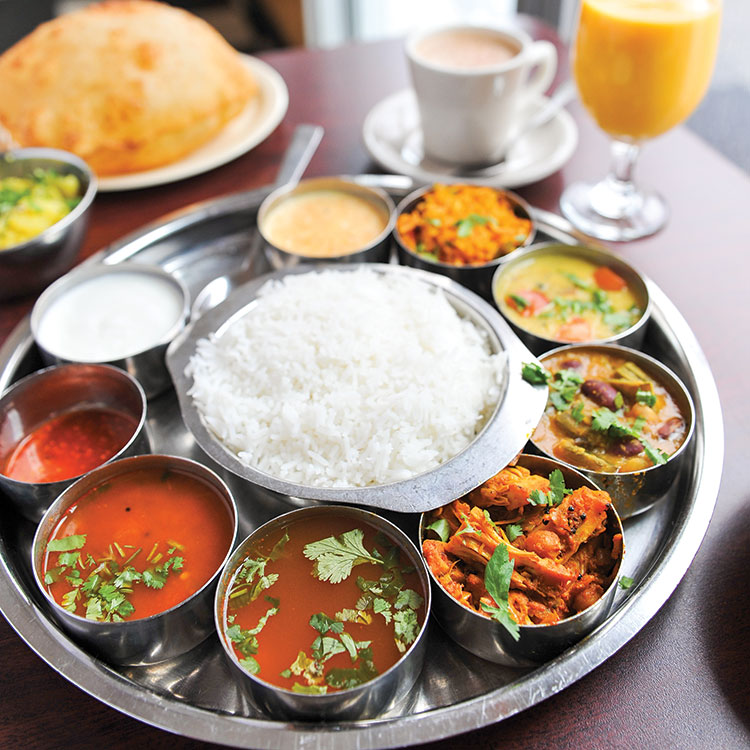 Hot Stuff: Udipi Cafe
Udipi Cafe, tucked into a small nook on Old William Penn Highway in Monroeville, is the region’s epicenter of vegetarian Indian cuisine. The restaurant is best known for its dosas — fermented rice-flour pancakes filled with ingredients such as potatoes, chutneys and cheese. Curries such as chana masala, baingan bharta and matar paneer also are worth ordering.
4141 Old William Penn Highway, Monroeville; 412/373-5581 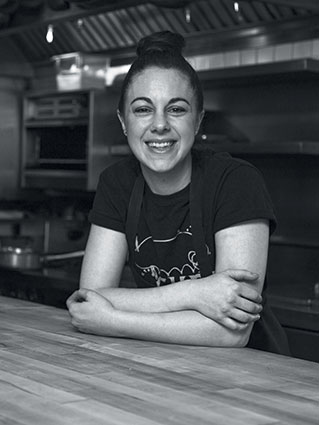 Danielle Felix
CURE | Chef de Cuisine
Danielle Felix took her first service-industry job when she was 20. After working in several restaurants, she started a catering business that worked on the sets of independent films and commercials  in Los Angeles. She moved to Pittsburgh in 2014 after her husband took a job here. Felix worked at Salt of the Earth in Garfield until it closed in 2015 and then moved to Cure in Upper Lawrenceville. She became the restaurant’s chef de cuisine in September 2016.

What’s it like working as chef de cuisine at one of the most recognized restaurants in Pittsburgh?
It’s a lot of fun, and it’s a lot of work. I almost feel like we’re in a sheltered world; we work long hours and you don’t see too much outside of it. But it’s amazing being able to work with Justin [Severino, Executive Chef and Co-owner of Cure]. He’s a wealth of knowledge. I wouldn’t want to do anything else.

You stepped up in the wake of tragedy [a car accident severely injured former chef de cuisine Zach Behm].
I was sous chef at the time, and Zach and I were very close. The need was there to keep the restaurant running and Justin was out of town and someone had to do it. Zach had taught me a lot about running the restaurant, and Nate [Hobart, Chef de Cuisine of Morcilla] came in one morning and ran me through the rest of it. I wasn’t expecting to get the job or trying to be the chef, but I care for the restaurant and tried my best to make it work in light of this terrible situation.
What currently is inspiring your cooking?
We just started making our own bread at Cure a few months ago. That’s what’s really catching me right now. One of our chefs came to us with his own starter and a recipe for focaccia, and I had my own starter at home. We combined those and came up with a recipe that we all loved. Now I’m working on other bread recipes. Natural fermentation is a pretty incredible thing. You mix flour and water, and it turns into something that you can make food with.