Hungry For Something Good, Pittsburgh? Where We're Eating in June.

We're loving ethically-sourced chocolate, street food at Streets on Carson, vegan cuisine at B52 and more. Plus we chat with The Commoner's executive chef Wyatt Lash. 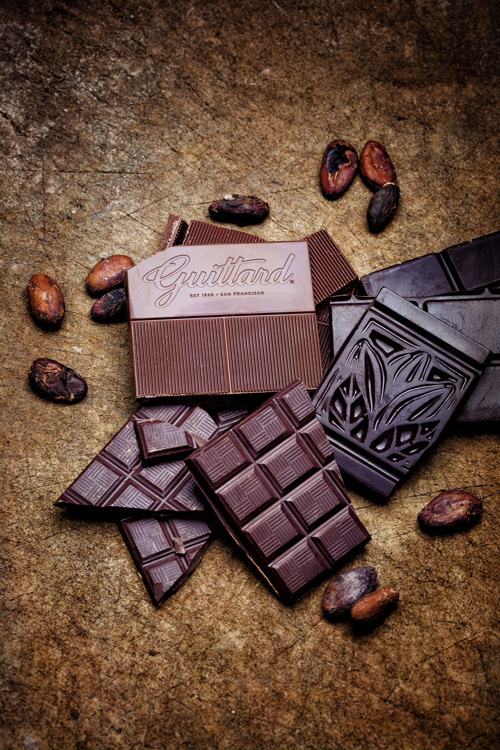 Sustainably Sweet: Mon Aimee Chocolat
Amy Rosenfield’s Strip District boutique is a chocolate-lover’s paradise. The ability to pick from a selection of more than 1,000 different kinds of chocolate is worth a visit on its own, but we love Mon Aimee Chocolat even more because of Rosenfield’s commitment to sourcing high-quality, direct- and fair-trade brands such as Guittard Chocolate Company, The Grenada Chocolate Company and Castronovo Chocolate.
[2101 Penn Ave., Strip District; 412/395-0022, monaimeechocolat.com] 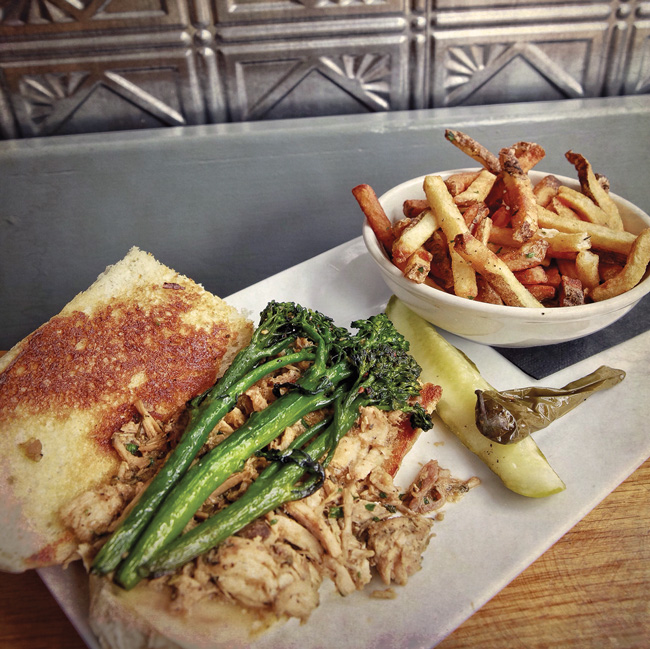 Elbow Room
The Pittsburgh institution — it first opened in 1947 — returns to its original location after a brief foray on Walnut Street and a short period of not existing at all. The restaurant now is a hybrid of sorts; some of the 1947 Tavern elements remain, but it’s flipped back to its old relaxed atmosphere. Go here for comfort food such as zucchini planks, French dip, mac ‘n cheese and a solid pub burger.
[5744½ Ellsworth Ave., Shadyside; 412/363-1947, elbowroompgh.com] 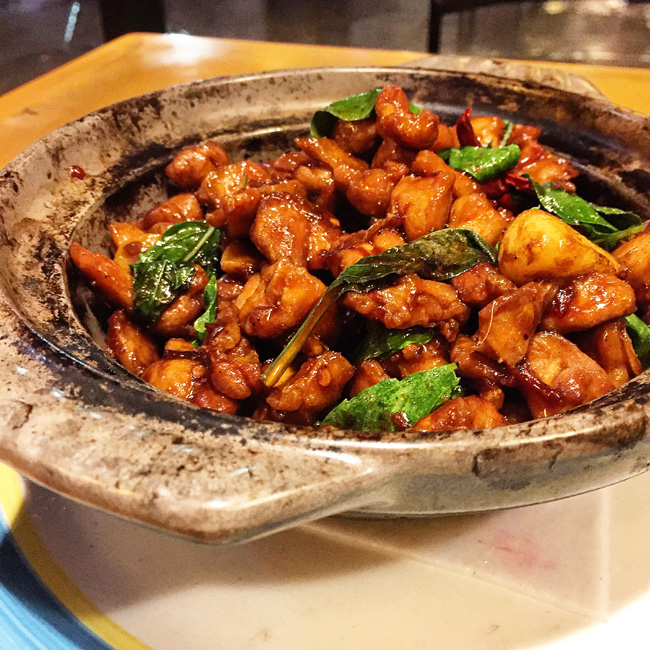 Rose Tea Cafe
My favorite dish at Rose Tea Cafe currently is the Taiwanese chunk chicken. The dark-meat stir-fry, served sizzling in a red-hot clay pot, is the perfect mix of spicy, sweet, fatty, charred and herbaceous. Skip the whole-cloves of garlic and the hot, dried peppers (they’re just there for flavor). Add a vegetable course such as snow-pea shoots or water spinach and a bowl of rice and you have the perfect midday meal.
[5847 Forbes Ave., Squirrel Hill; 412/226-9118]

Revel + Roost
Pick what suits you at Revel + Roost, the twin restaurants adjacent to the Hilton Garden Inn Downtown. Revel, the more casual space of the two, features comfort food such as brisket sandwiches, gourmet grilled cheese and a bucket of fried chicken. Visit the more refined Roost for an upscale take on dishes such as duo of pork with daikon sauerkraut and pan-roasted Ora King salmon with turnip puree and wild rice.
[242 Forbes Ave., Downtown; 412/281-1134, revelandroost.com] 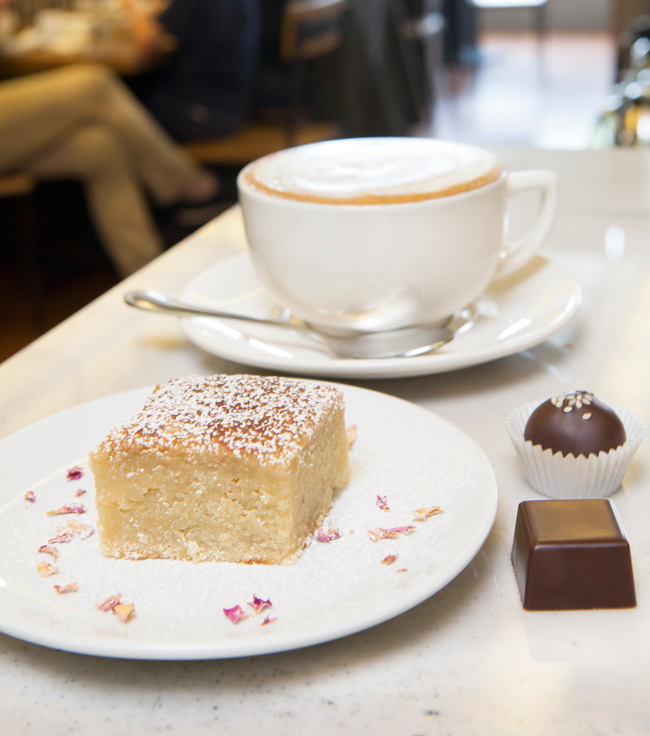 B52
I love Omar Abuhejleh’s B52 Cafe in Upper Lawrenceville. His 100-percent-vegan eatery takes diners on a trip to the Middle East with its focus on Palestinian and Levantine cuisines. Dishes such as falafel, baba ganoush and labneh delight even those who don’t eat a totally plant-based diet. Grab a slice of namoora (semolina cake with almond) or a couple of house-made chocolates for dessert.
[5202 Butler St., Lawrenceville; 412/408-3988, b52pgh.com] 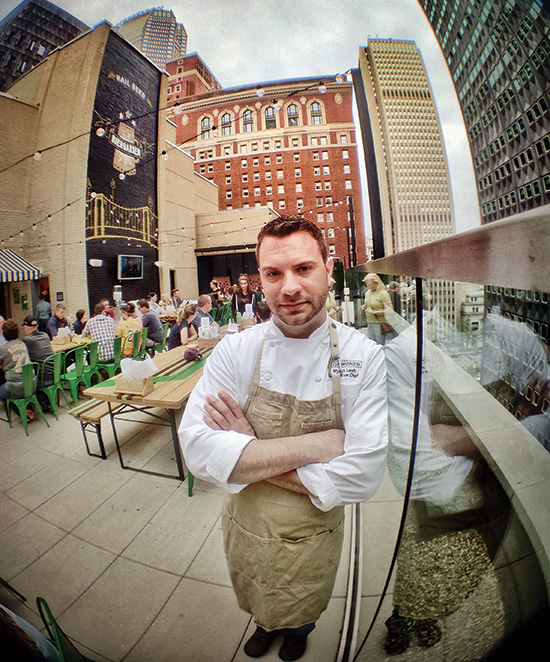 Wyatt Lash
Executive Chef | The Commoner
Wyatt Lash started working in restaurant kitchens when he was 18, and he still speaks to his first chef/mentor D.J. Walton weekly. At 22, Lash earned his first executive chef position at The Whip Tavern in Chester County. He moved to Pittsburgh last year to take a position as a sous chef at The Commoner, inside the Hotel Monaco Pittsburgh, Downtown. In February, Lash, now 30, was promoted to executive chef.

What’s it like taking over an already-established kitchen?
It wasn’t a tough transition, because I was already working in the kitchen. I was in the trenches with everyone every day striving to do the best that we could do. I had a knife on the cutting board all day every day. As I’ve been promoted, I’ve become a bit less hands-on, so now it’s about imparting a culture of how things should be done instead of working right next to them.

What changes have you already made?
All of our menus have been revamped. All the menus are brand new, and the room-service menu was redesigned to reflect more of what we’re doing at The Commoner.

Where do you look for inspiration?
I’m a pretty self-motivated person. If I’m not pushing myself, nobody else will. But I’m also inspired by my team. When they come in and work hard, it makes me want to push them to be better. We all feed off each other here; I want my sous chefs and line cooks to be gunning for an executive chef job. For culinary inspiration, it’s all the classic guys from the British Isles: Marco Pierre White, Gordon Ramsay, Heston Blumenthal. I’ve spent a lot of time reading about them.

What are your favorite ingredients to work with?
I love food that hasn’t touched refrigeration. There’s nothing better than picking fresh berries or a bunch of tomatoes that are still warm from the sun. I love game like wild boar and lamb. Those are ingredients that get me excited.