Hungry For Something Good, Pittsburgh? Where We're Eating in June

We're crushing hamburgers, enjoying Colombian cuisine and road-tripping to Windber for Italian-American food. Plus, we chat with The Vandal's Csilla Thackray. 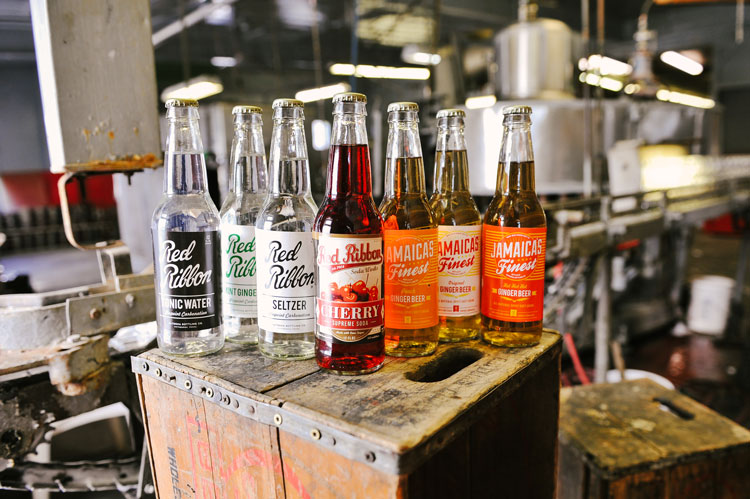 Top of the Pops: Natrona Bottling Company
It’s not a great idea to drink barrels of soda. If you do — occasionally — reach for the sweet bubbles, choose something locally produced. Natrona Bottling Company was founded in 1904 and produces a line of 15 caffeine-free soda flavors which range from the bright Red Ribbon Cherry Supreme (its flagship product) to the smooth and refreshing Plantation Style Mint Julep. The company’s Jamaica’s Finest ginger beer is popular with Pittsburgh bartenders looking for a spicy mixer. Natrona Bottling Company products can be found in markets and restaurants throughout the region.
724/224-9224, natronabottlingcompany.com 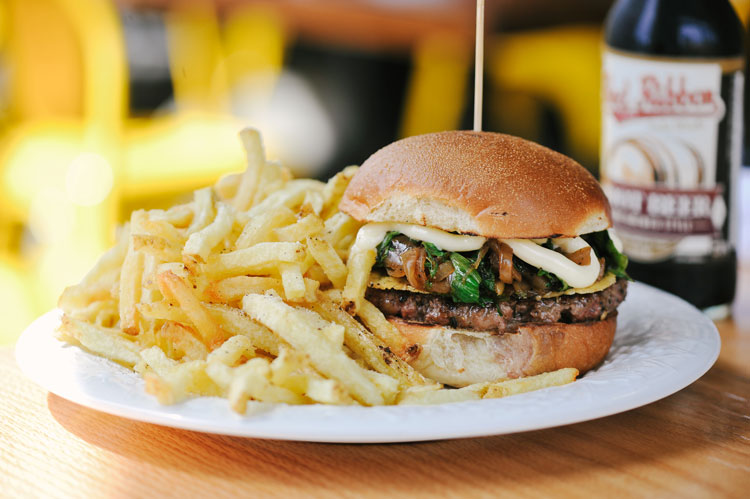 Burgh’ers
I first became familiar with Burgh’ers when I was in Harmony to review Della Terra, Executive Chef/Owner Fiore Moletz’s neighboring Italian restaurant. Moletz now has opened a second location of his fabulous, farm-to-table hamburger restaurant, and this time it’s in Lawrenceville. Burgers, which begin with Jubilee Hilltop Ranch beef, perfectly straddle the line between a classic fast-food burger and a contemporary gourmet build. Don’t overlook side dishes such as rosemary French fries and mac & cheese.
Lawrenceville: 3601 Butler St.; 412/904-2622, burgherspgh.com 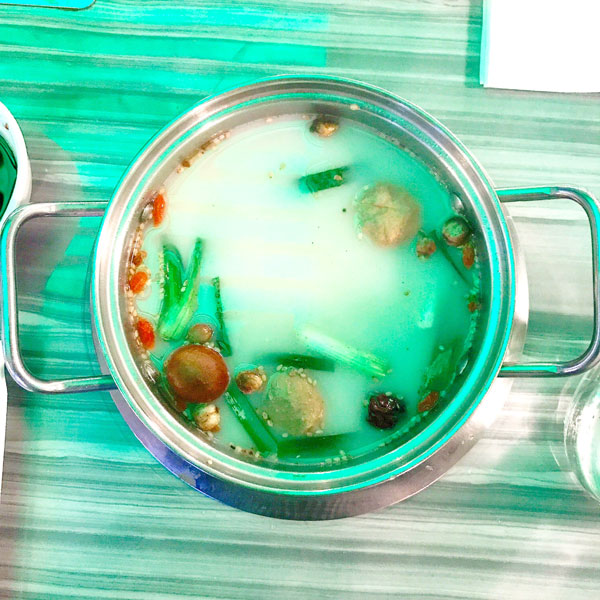 Top Shabu-Shabu & Lounge
I was walking around Oakland on a recent mild March afternoon and decided to pop into Top Shabu-Shabu, a semi-subterranean hot-pot restaurant with surreal lighting and ambient soundscape. Hot pots are the draw here. Diners start with one of three bases: white soup (the meat- and seafood-based broth, enhanced with goji berries, dried dates and scallions is my favorite), hot-spicy or vegetable soup. You then select from a vast array of ingredients — meats, for example, include chicken gizzards, crispy intestine and beef stomach, as well as more common cuts — and noodles, and cook them in the hot broth.
Oakland: 114 Atwood St., 412/879-1555, topshabushabu.com 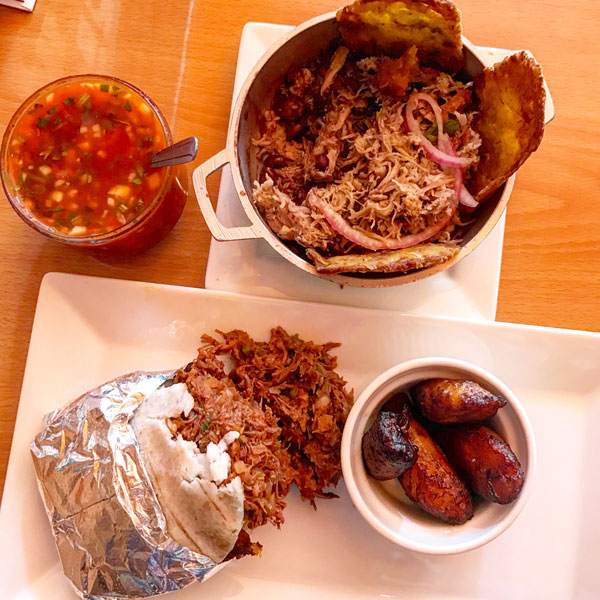 The Colombian Spot
It took about a year for this eatery, which started as a stall in the now-closed Pittsburgh Public Market, to become a full-service restaurant. I’m thrilled it now is open on the South Side. I stopped by while the restaurant was a week into its soft-opening; the menu still was fairly limited. Pernil con tostones (roast pork with savory black beans and pounded, twice-fried plantains) was a standout dish, particularly when topped with the vibrant, tangy house-made hot sauce. I’m eager to return and try the menu as it develops.
South Side: 2019 E. Carson St., 412/381-9000, thecolombianspot-pgh.com 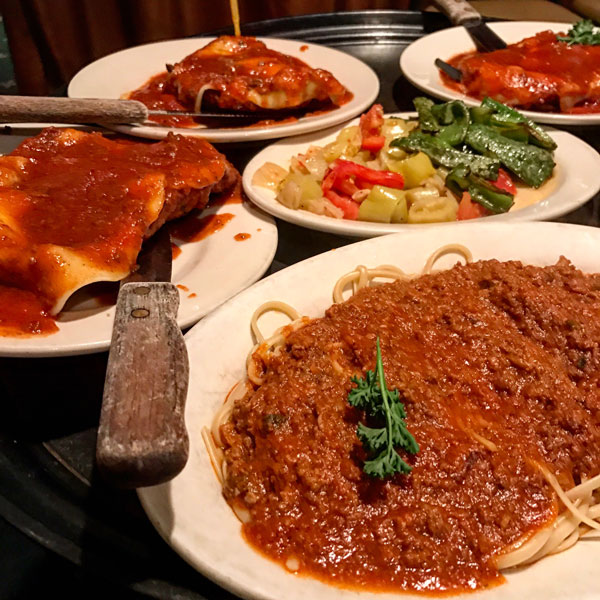 Rizzo’s of Windber
I was stoked to take a mini road-trip to help forward my ongoing exploration of the region’s red-sauce joints when Nick Rizzo (Poros) invited me to join a handful of Pittsburgh chefs at his family’s restaurant in Windber. Rizzo’s grandparents opened the restaurant in 1937 and his father expanded it to its current 300 person capacity, multi-room venue in the 1990s. Servers — many of whom have worked there for decades — are full of personality. The veal parmigiana and wedding soup are outstanding.
​Windber: 2200 Graham Ave.; 814/467-7908, rizzosofwindber.com 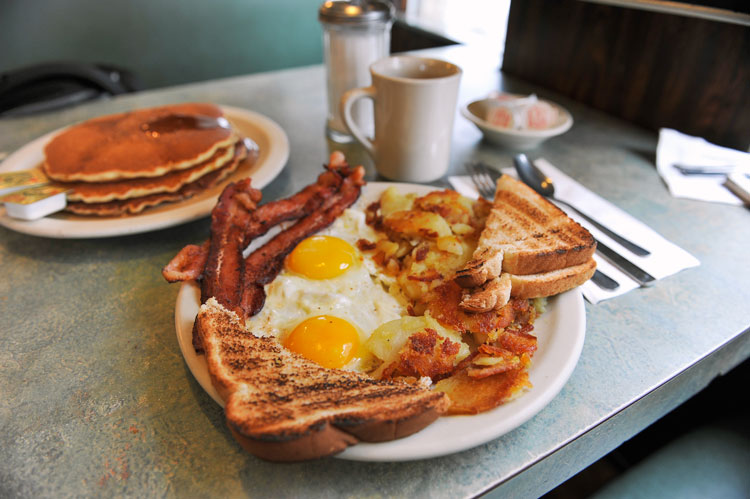 Beloved Diner: Ritter's Diner
Ritter’s Diner in Bloomfield is a Pittsburgh institution. It’s a classic American diner that opened in 1951 and continues to be a go-to spot for eaters looking for a casual, comforting meal. Weekend breakfast is a popular occasion, with time-honored dishes such as bacon and eggs, pancakes and omelettes in high-demand. Once Ritter’s opens its doors at 6 a.m. on Wednesday morning, it doesn’t shut them until 10 p.m. Sunday night — those late nights in between are a refuge for hungry revelers ready for greasy relief.
5221 Baum Blvd., Bloomfield; 412/682-4825 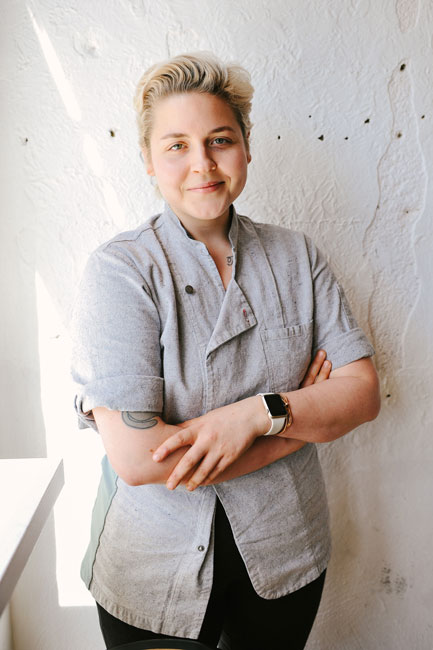 Csilla Thackray
The Vandal | Executive Chef
​Thackray has been the executive chef of The Vandal in Lawrenceville since it opened in early 2015. In March, the chef traveled to San Francisco and spent nearly a month working in the kitchens of some of the food-centric city’s top restaurants: State Bird Provisions, Rich Table, Avedano’s Meats and Aster.

Why is it important for a chef to travel?
There’s a ceiling for education and a ceiling for an exploration of creativity if you just stay in Pittsburgh. Larger cities have their finger on that button. They have a lot more wealth from diners, and there is a bigger set of diners that are open to have their boundaries pushed. This [Pittsburgh] is my home, and I want that to happen here, but the way to keep that going is for us individually to step outside from our comfort zone and see what the world looks like outside the city of Pittsburgh. Then we figure out how to apply it to our city. Don’t think you feel like you know everything. Because you don’t. There’s always something more to know.

Why prompted you to travel to San Francisco?
I wanted to try to get some more outside experience to bring back to my team. And, educating yourself should never stop. Just because you’re in an executive position doesn’t mean you should flatline. Joey [Hilty, Vandal owner] and I had talked about doing this for awhile. We originally reached out to Atelier Crenn and they wanted three weeks. It’s a female-run situation at a restaurant with a high-standard and high quality.

What were your biggest takeaways?
Well I didn’t end up following through at Crenn. It didn’t feel like I was going to make the best use of my time there. Instead, I took a bunch of stages at a number of places. The bar for excellence is really high there. The attention to detail in staffing is so high. Every restaurant there is existing in a much more competitive environment than we are [in Pittsburgh]. Here, you can have a concept and nobody is challenging you. There, there are many of those concepts across the city so you have to do what you do the best. How do you structure your days? How do you set up your prep? How do you interact between chef and staff? I learned how to understand operational things, and that left the biggest impression on me because this [running The Vandal] is my first experience with that.