Hungry For Something Good, Pittsburgh? Where We're Eating in July

We're loving the neighborhood grocers 52nd St. Market, Japanese bar food at Umami, red-sauce Italian at Luigi's in Clymer and the resurgence of Bar Marco. We chat this month with Trevett Hooper, co-owner and executive chef of Legume and Butterjoint. 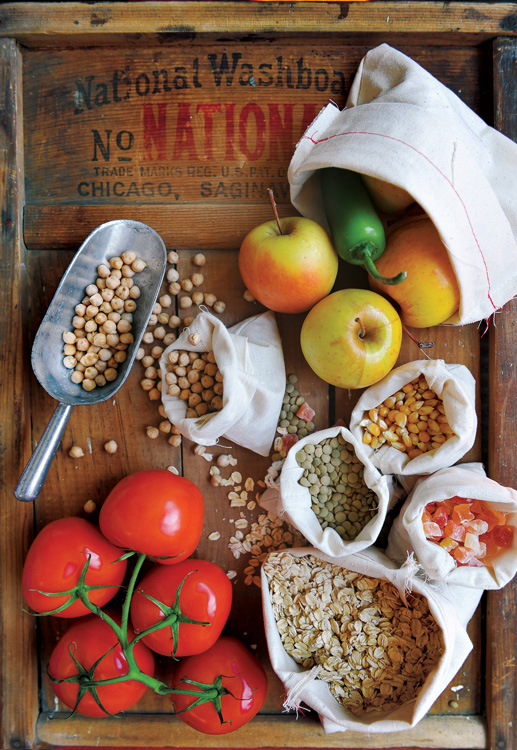 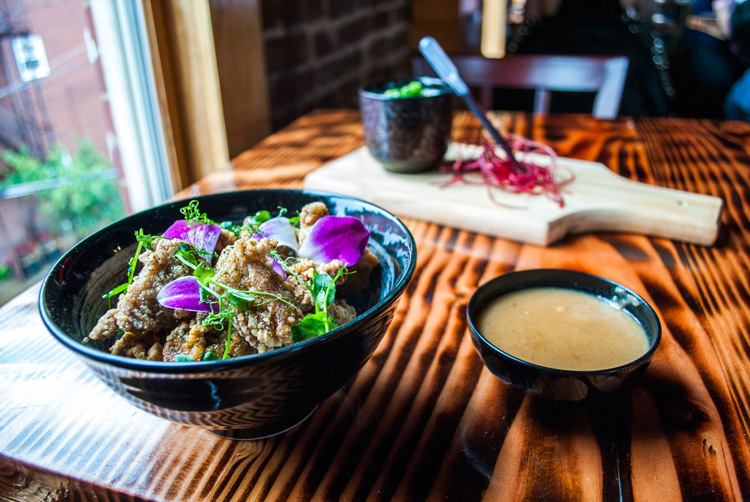 Umami
Roger Li, the former chef of now-closed Tamari, opened his Umami izakaya in April above Round Corner Cantina in Lower Lawrenceville. I love the clean, sleek design of the space. Because the vast majority of items on the menu cost $10 or less, I suggest visiting Umami with an open mind and a willingness to experiment. My favorite dishes so far include karaage (Japanese-style fried chicken with gravy) and the chawanmushi (savory egg custard with mushroom dashi and aged soy). Izakaya food is meant to go hand-in-hand with drinks, and there are plenty of options for that at the full bar.
[202 38th St., Lawrenceville; 412/224-2354, umamipgh.com]
​
Girasole
Girasole was one of the first restaurants that caught my attention when I moved to Pittsburgh in 2010. The subterranean Italian-American eatery opened in 2000, and the kitchen, led by Executive Chef Jennifer Gerasole, consistently has delivered high-quality meals since then. I like coming here for the classics, such as escarole and beans or potato gnocchi with fresh mozzarella, and the nightly specials such as the braised lamb shank.
[733 Copeland St., Shadyside; 412/682-2130, 733copeland.com] 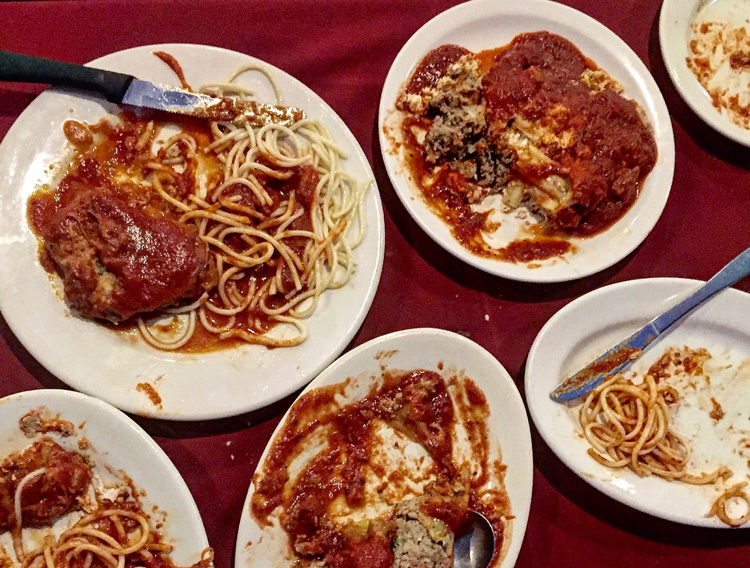 Luigi’s Ristorante
I’m always game for a food trip. So when Kristin A. Butterworth (Lautrec) told me she still has a soft spot for one of the first kitchens that she worked in — Luigi’s in Clymer — a friend and I motored to this old-school, Italian-American red-sauce joint. It’s worth the drive, especially if you stick to the classics such as lasagna, stuffed hot peppers and meatballs.
[625 Franklin St., Clymer; 724/454-2777, luigisristorante.com]
​
Carmi Soul Food Restaurant
My favorite plates at the North Side soul-food restaurant are the fabulous side dishes. Mixed greens, a long-stewed dish of collards and kale, hits all of the right notes: it’s rich, savory, sweet and, best of all, really good for you. Candied yams have the texture of chunky applesauce and a nuanced flavor of earthy tubers and holiday spice. Cornbread stuffing takes already tasty cornbread and adds deep, rich notes of sage, celery and onion to create a satisfying bite.
[917 Western Ave.; 412/231-0100, carmirestaurant.com] 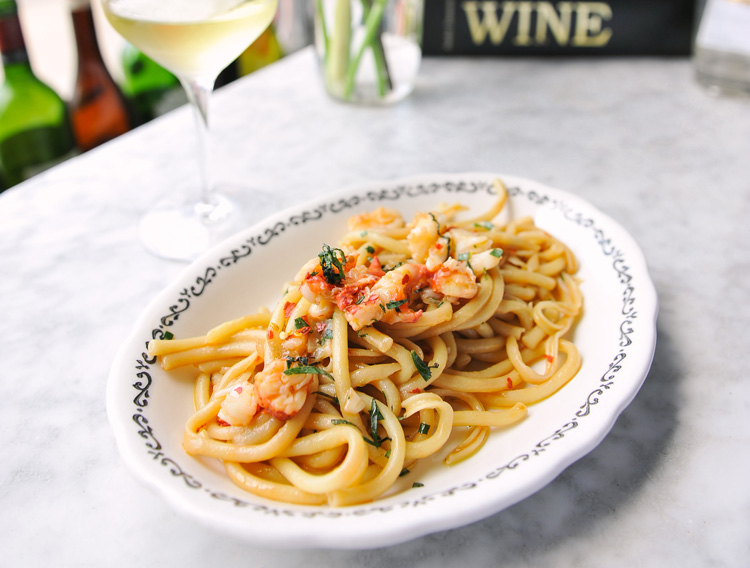 Steel’s Resolve: Bar Marco
Bar Marco, the Strip District restaurant that abolished tipping, navigated a series of changes over the last year, including the departures of both back- and front-of-house staff. Late last year, co-owner Justin Steel returned to the kitchen as the restaurant’s executive chef, and after a few months of honing his chops, he’s cruising with an Italian-focused menu inspired by his mentor Marco Enrico. The restaurant, always a favorite of mine, feels as though it once again has found its soul.
[2216 Penn Ave., Strip District; 412/471-1900, barmarcopgh.com] 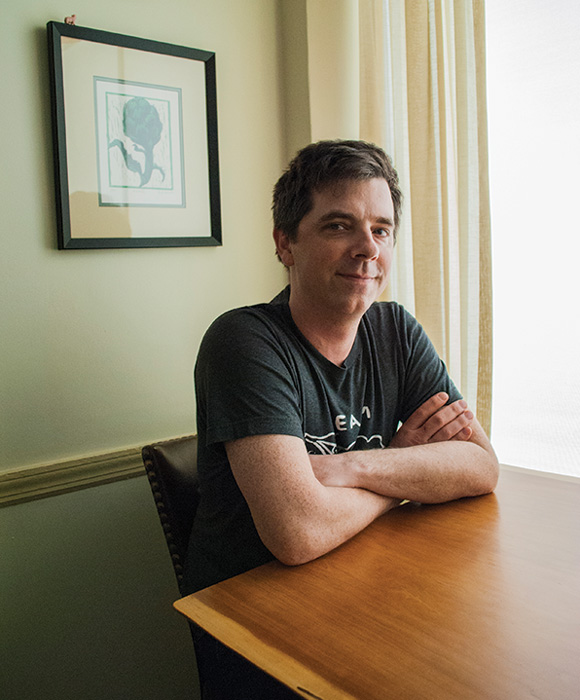 ​Trevett Hooper
Co-Owner & Executive Chef | Legume and Butterjoint
​Trevett Hooper is the 41-year-old co-owner and executive chef of Legume and Butterjoint. Hooper opened Legume in Regent Square in 2007, and in 2011 moved the restaurant to its current location in Oakland. In 2012, he opened Butterjoint in the bar adjacent to Legume. Now, with a third restaurant — Pie For Breakfast — and a book in the works, he’s set to enter the next phase of his career.

What prompted the opening of a new restaurant?
It’s convenient that it’s next to Legume. I can have my hand in everything without having to drive across town. When Sarah (Hooper, his wife and business partner) and I have opened restaurants it’s because we want to do things that we want to see in Pittsburgh. With Legume in 2007, it was because we wanted to add more fun to fine dining. Butterjoint was supposed to be focused on casual food, but it’s turned much more into a bar with good food. We’re missing that midsection of food here: ambitious and upscale, but also at a reasonable price point and in a comfortable setting.

Why did you decide to write a book?
More and more, it’s becoming important for chefs and for restaurants to communicate what it is that they’re doing. The platforms of social media aren’t the best way to communicate what we’re doing. Our food isn’t focused on being photogenic, and it’s hard to distill our culinary philosophy in a quick moment.

What can readers expect in the book?
[Right] now we’re organizing it by lessons learned, what it means to cook in a market like Pittsburgh, things like that. There will be some recipes — though a lot of what we’re doing at the restaurant is different than what people want to cook at home. It’s becoming less of a cookbook, and more of a coming-of-age story now.