Hungry for Something Good, Pittsburgh? Where We're Eating in July

We eat for a good cause with Leo's Sunday Sauce, wonder what took us so long to get to Lola Bistro and hit the main menu at Muddy Waters. Plus, we go offline with Dave Anoia of DiAnoia's Eatery. 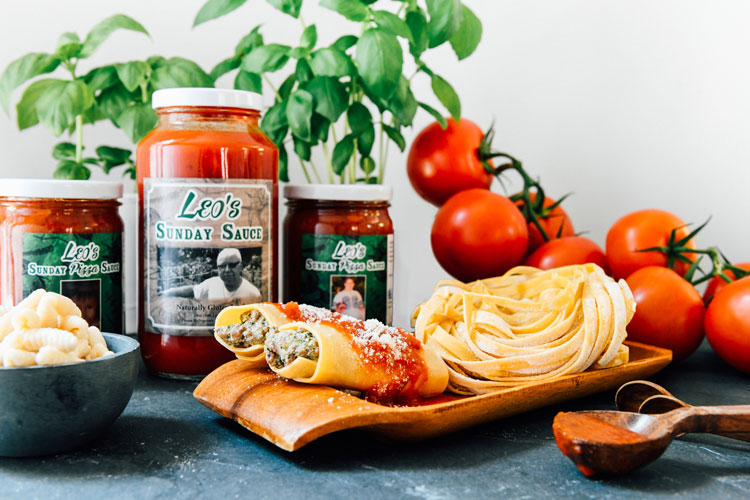 Leo's Sunday Sauce
When Avalon police officer Leo Di Cesare found out a fellow officer was diagnosed with leukemia, he tapped into his Abruzzi roots and cooked a spaghetti-and-meatball fundraiser to help his friend. His cuisine — and compassion — proved popular, and earlier this year Di Cesare and his family, along with Avalon Police Chief Thomas Kokoski, launched Leo’s Sunday Sauce. Their small-batch, hand-jarred sauce is available in regional speciality stores, but their culinary mission goes beyond the sauce’s fabulous flavor — it serves as a jumping off point for frequent fundraisers. In the past year, they’ve helped the families of children suffering from cancer and a local garden center hindered by a landslide. This month, they’ll raise funds to aid victims of a horrible traffic incident. In August, Di Cesare will hold an all-day pasta class to benefit Children’s Hospital of Pittsburgh of UPMC.  leossundaysauce.com 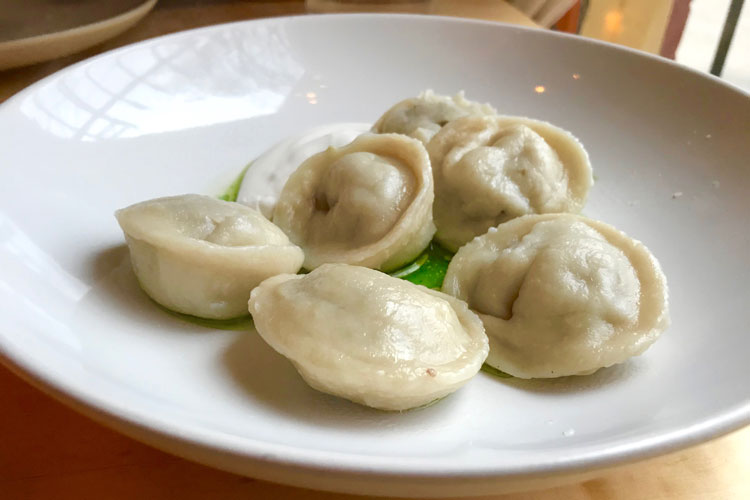 Lola Bistro
You know those places that you always mean to get to but never seem to? And then you go and you’re thinking, “How is it that this place opened nearly six years ago and I’m just getting here now?!” That’s how I feel about Lola Bistro, Michael and Yelena Barnhouse’s cozy North Side restaurant. It’s a true family affair — Michael runs the kitchen and plates food with the skill of an artist, Yelena takes care of front-of-house and crafts the desserts, including Russian honey cake. Michael’s international menu tilts toward northern Europe with dishes such as pelmeni — beef- and lamb-filled dumplings popular in Yelena’s native Siberia — and Scandinavian chicken pot pie with dill pastry shell, leeks, carroway and roasted root vegetables, but it also reaches deep into other geographies with dishes such as kafta (Lebanese meatballs served with lemon-infused labneh). I’m kicking myself for waiting so long to get there and glad I know it’ll be much sooner for my return.
North Side, 1100 Galveston Ave.; 412/322-1106, lola-bistro.com 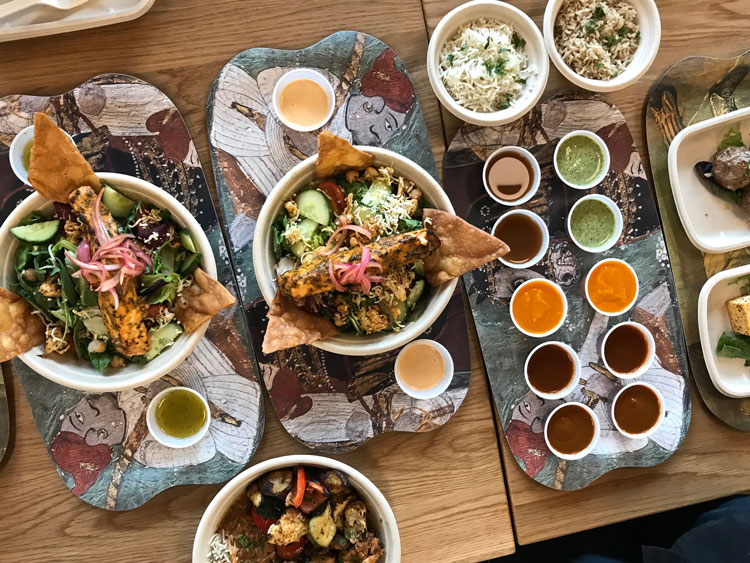 Choolaah Indian BBQ
Fast-casual chain restaurants aren’t my general go-to, but I like what Choolaah, an establishment with five locations, brings to the table. Raji Sankar and Randhir Sethi, entrepreneurs with a shared passion for enjoying tasty meals, opened their first Choolaah in Cleveland (where Sethi lives) in 2012 but always had their sights set on Pittsburgh, where the duo met in 2001 (and still is home to most of the senior leadership). The Indian menu starts with organic and sustainably sourced ingredients — including paneer made by Amish dairy farmers in Ohio — and almost every item costs less than $12.
East Liberty, 6114 Centre Ave.; 412/503-7797, choolaah.com

Aperitivo Dolce
When I visited Aperitivo Dolce in mid-May, Edgar Alvarez, owner of the popular Strip District taco stand Edgar’s Best Tacos, was still in the process of ramping up the menu at the standalone restaurant he now runs in the former Gene’s Last Chance space with business partner Carl Valenti. As I write this, I’m smitten with daily specials such as tamal oaxaqueño (roast pork simmered in mole, stuffed inside masa and steamed in a banana leaf), as well as dishes such as enchiladas in mole poblano, which is served with refried black beans and yellow rice.
Strip District, 2533 Penn Ave.; 412/849-8864 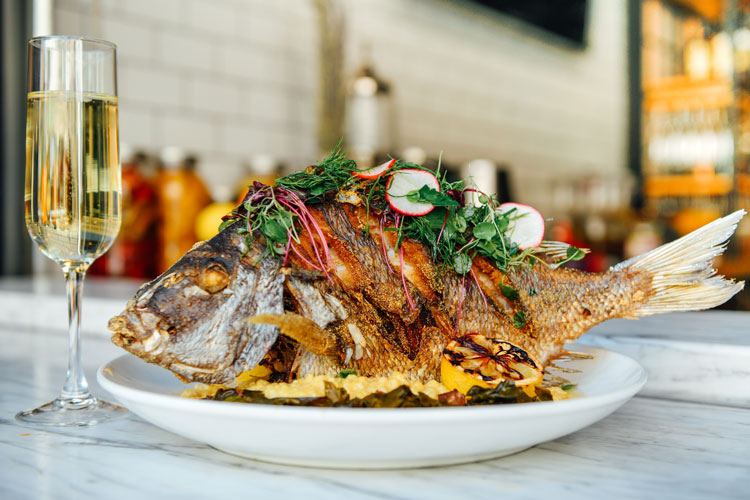 Muddy Waters Oyster Bar
Muddy Waters Oyster Bar is best known for its crackin’ oyster menu and a killer happy hour featuring $1 and $2 oysters and dashing drink deals, including $20 discounts on bottles of champagne. With Eliza Jamison — a Culinary Institute of America graduate and daughter of the legendary lamb ranchers John and Sukey Jamison — now helming the kitchen, the dinner menu is worth checking out, too. Go for dishes such as whole fried fish and Nashville hot chicken, both served with tasty sides such as Anson Mills cheddar grits and Benton’s braised collard greens. If you visit on a Tuesday or Friday night, you’ll also catch a live jazz combo.
East Liberty, 130 S. Highland Ave.; 412/361-0555, muddywaterspgh.com 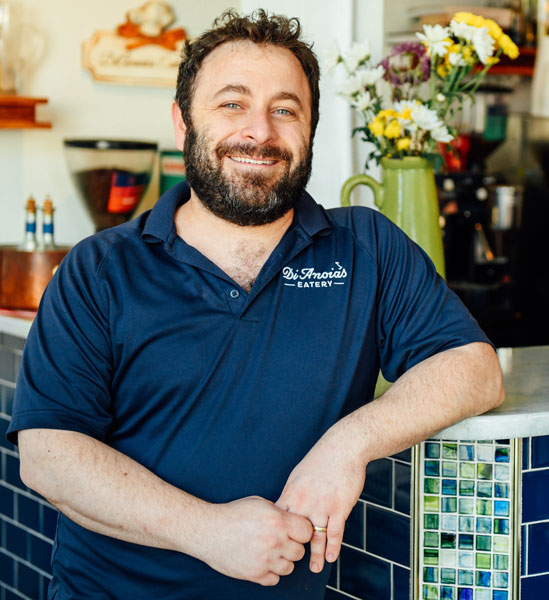 Dave Anoia opened DiAnoia’s Eatery with his wife, Aimee DiAndrea, in 2016. Prior to that, he was chef de cuisine at Spoon in East Liberty for six years.

Where do you go for an after-work meal?
There are a couple places I like. Pizza Taglio, if it’s still open. They’re open an hour later than us, so I love to get a pizza there if we get out on time. I love sushi at Umami on weekends. My guilty pleasure food is a cheesy gordita crunch at Taco Bell.

What’s your favorite cocktail or wine destination in Pittsburgh?
Wine, definitely Spoon, and not just because I used to work there. Bar Marco for their natural wine selection. For cocktails, I haven’t been drinking many lately, but I had a good one at Bar Frenchman recently.

Do you cook at home? What is your go-to?
We really don’t cook much at home. In the past six months or a year, it’s been a lot of leftovers. If I do cook, spaghetti and meatballs is my number one.

If you could work in another Pittsburgh kitchen, where would it be?
Right now, I’d say Morcilla and Cure. The technical aspect of their dishes is second to none, and I love how they do things with the charcuterie program.