Hungry For Something Good, Pittsburgh? Where We're Eating In January

We're drinking cold-pressed juice in Lawrenceville, dining at a new Italian eatery in the Strip, an old favorite in the South Side and adventuring for Korean food in Beaver. Plus, we talk to Hidden Harbor lead bartender Max Stein. 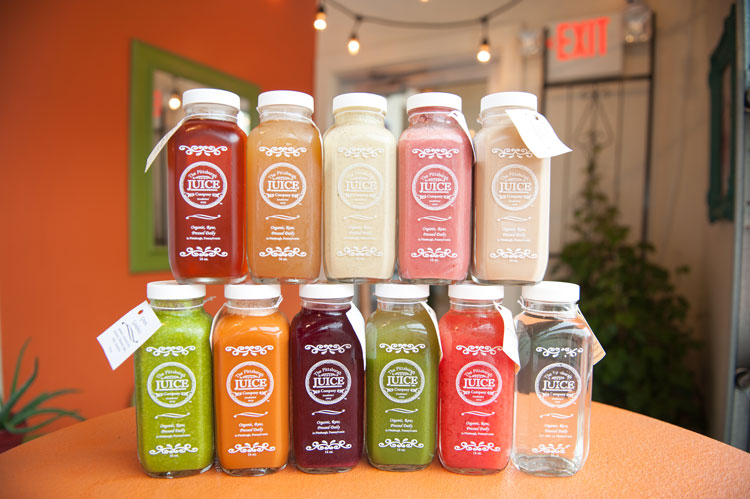 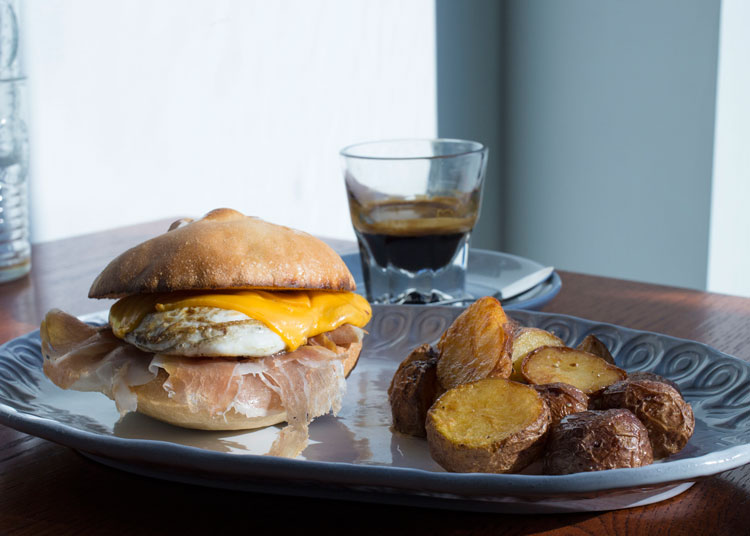 DiAnoia’s Eatery
This casual eatery, run by Dave Anoia and Aimee DiAndrea, represents one of my favorite restaurant openings of 2016. The establishment is an enticing blend of restaurant, coffee shop, Italian deli and bar. Eating a classic egg sandwich on a Kaiser roll and drinking a shot of strong, flavorful espresso already has become a breakfast ritual for me, even though the restaurant just opened in November. I’m (quite gleefully) working through the selection of lunchtime sandwiches and sides and looking forward to sharing a Steak Florentine with friends for dinner. Ask for a cocktail or an amaro any time the eatery is open.
Strip District: 2549 Penn Ave.; 412/918-1875, dianoiaseatery.com 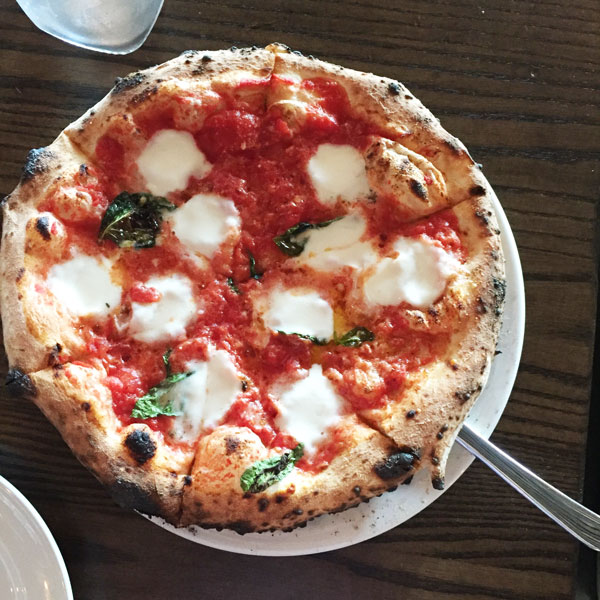 photos by hal b. Klein

Il Pizzaiolo (Warrendale)
This outpost of the celebrated Mt. Lebanon pizzeria (one of Pittsburgh Magazine’s 2016 Best Restaurants) sets its standards as high as the original. Go for the Neapolitan pizzas cooked in a wood-fired brick oven — I like to keep it straightforward with the Margherita DOC (San Marzano D.O.P. tomatoes, Mozzarella di Bufala, Parmigiano-Reggiano, basil and olive oil), because there’s no reason to mess with such a perfect combination of ingredients.
​Warrendale: 701 Warrendale Village Drive; 724/933-3155, ilpizzaiolo.com 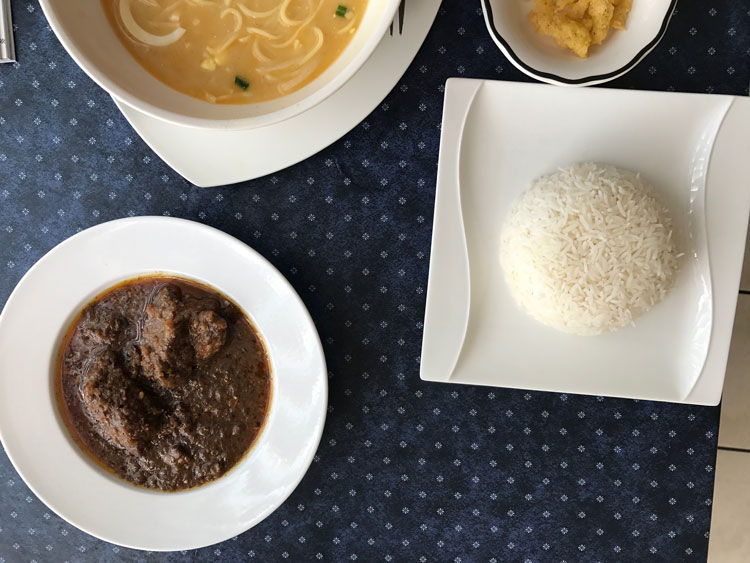 Royal Myanmar
The cuisine of Myanmar (formerly known as Burma) isn’t widely known in Pittsburgh, nor are there many places here to eat it. This little gem of a restaurant in the North Hills is a perfect place to try it. It’s worth visiting for the selection of soups, noodles and seafood. I’m fond of ohn-no kauk swe (chicken noodle soup with coconut milk), pickled mango pork and steamed fish served with lime sauce, ginger and scallion.
West View: 644 Center Ave.; 412/415-3380, theroyalmyanmar.com

Chong’s Korean Cuisine
Visit Chong’s in Beaver Falls to experience a restaurant meal that feels as if you’re dining at a family friend’s house. Chong Kim runs this small, homestyle Korean restaurant as a one-woman show (her son occasionally helps on weekends). She recommends calling ahead so that she can better prepare popular Korean dishes such as kimchi jjigae, bibimbap and bulgogi.
Beaver Falls: 3207 Fourth Ave.; 724/581-4402, chongskoreancuisine.com 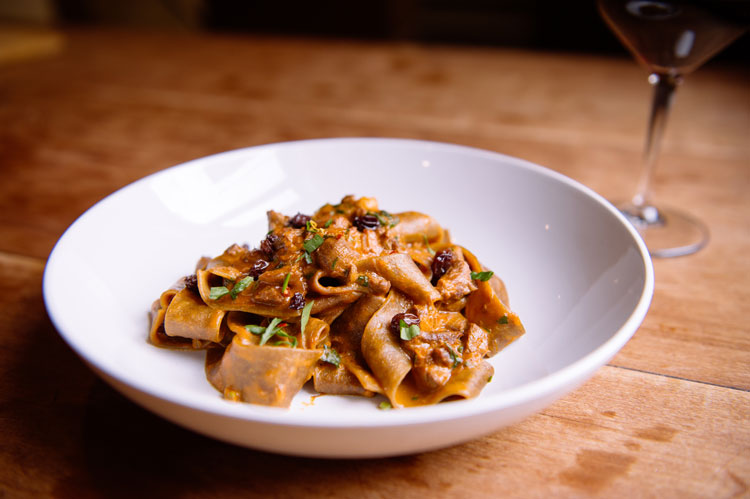 Craving Contentment: Stagioni
In the depth of winter, we crave comfort on a plate and in a bowl. Conquering the quest for contentment is one of the things that makes Stagioni on the South Side such a draw. From made-to-order mozzarella to ricotta gnocchi with sausage-rapini ragout, the menu at chef Stephen Felder’s Italian restaurant mollifies the cold-weather blues. Plus, there’s something to look forward to at Stagioni: In a few months Felder will serve his must-get Le Virtu, the soup that marks the transition from winter to spring.
2104 E. Carson St.; 412/586-4738, stagionipgh.com 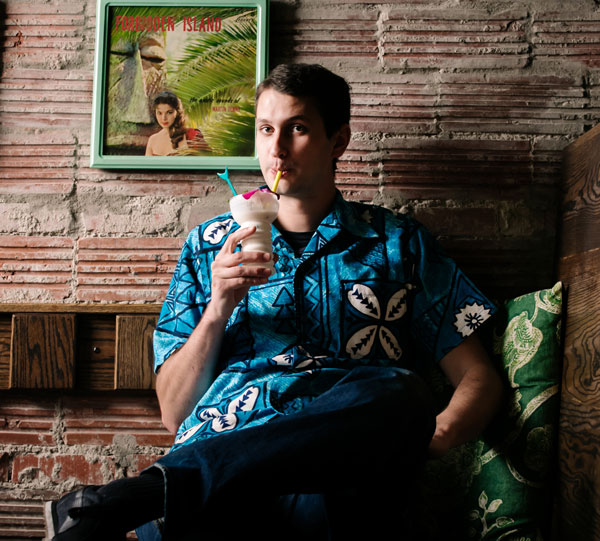 Max Stein
Hidden Harbor | Lead Bartender
Max Stein began his bartending career in 2013 at Meat & Potatoes, Downtown. He worked behind the bar at Butcher and the Rye, Downtown, and at Acacia on the South Side before moving to the Independent Brewing Company in Squirrel Hill in 2015. Stein has been part of the bartending team at Hidden Harbor since it opened in January 2016.

What makes a great tiki bar?
A sense of escapism. It’s about fantasy, it’s about splendor, and it’s meant to be transportative. You do that with décor, with drinks and with garnishes. The other thing is overcoming the hurdle of the stereotype of tiki from the 1980s. The recipes for classic tiki drinks were closely guarded secrets, so they were usually poorly recreated. So part of this is the good cocktails have made a comeback, and now we’re changing expectations that these [tiki drinks] are bad cocktails served in a cliché environment. We’re making well-balanced cocktails with fresh ingredients and top-shelf rum.

How do classic tiki cocktails influence your modern tiki cocktails?
There’s a story behind every tiki drink, and there are a lot of a great templates to play off of. The Jet Pilot was the first tiki cocktail I ever had. It has flavors — cinnamon, anise, falernum that played against lime and grapefruit — that I didn’t think would play well together. So we look to the past for guidance in terms of ingredients, blending rums and flavor combinations, and then we build from there to create something new.

What was it like for you transitioning from cocktail enthusiast to bartender?
I was working for a startup company (RhoMania) and blogging about drinks. I wondered what it would be like to be on the other side of the bar. Cocktails were the last thing I got into, and I wanted to see what it was like to make them. It’s very hard work and it’s very long hours, but every day is a learning experience.