Hungry For Something Good, Pittsburgh? Where We're Eating in February.

We're stocking up on kitchen gear at Penn Fixture & Supply, exploring the Federal Galley restaurants and revisiting Stagioni. Plus, we speak with the legendary Chris Fennimore. 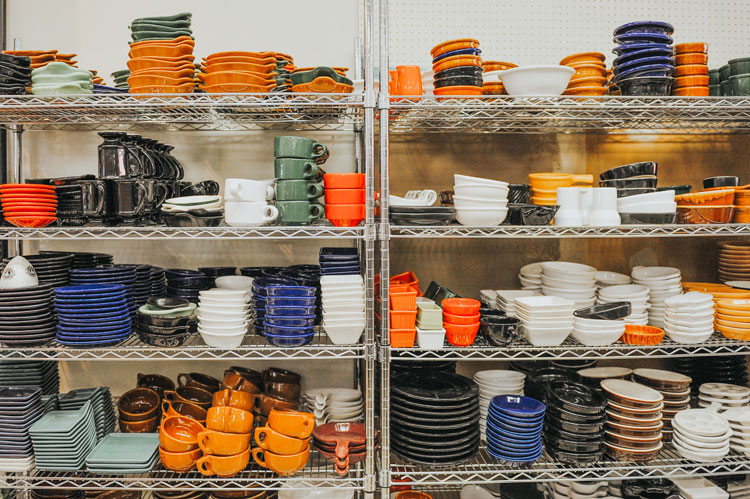 Penn Fixture & Supply
Sure, we live in an age of one-click convenience shopping. And while it’s nice to have the world at one’s fingertips, there remains a special place for family-run businesses that have served a city for decades. Penn Fixture & Supply, founded in 1952 by brothers Bill and Dave Morris Hoffman and their brother-in-law, Morris Goldberg, is one of those. Wander through the aisles of the Strip District business to explore a world of kitchen-related delights — the store stocks everything from humble spatulas and storage jars to restaurant-grade stand mixers and meat slicers.
Strip District: 2800 Penn Ave.; 412/261-0848, pennfixture.com 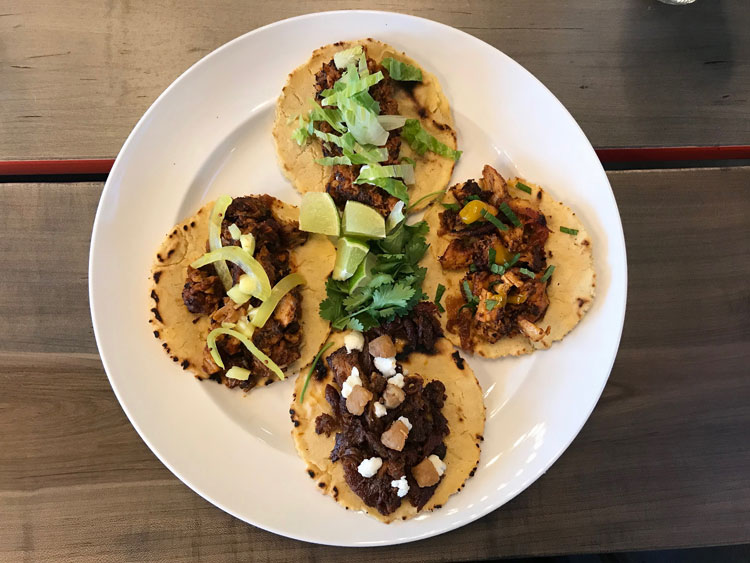 FEDERAL GALLEY
The second restaurant incubator from the Galley Group, which also operates Smallman Galley in the Strip District. The 5,500-square-foot food hall opened in Nova Place on the North Side in December and features an outstanding, full-service bar with a deep beer list and a whimsical menu of pastel cocktails. Three of its four restaurant concepts are, or nearly are, ready for prime-time, while dishes at the fourth, Supper, aren't quite up to par as the culinary team still is working out the kinks.

El Lugar, Stephen K. Eldridge and Susan Cope’s “uncharted” Mexican concept is influenced by their upbringing in Arizona and Los Angeles, as well as travels throughout Mexico. Tacos, served on robust, house-made corn tortillas, are a draw; duck carnitas with red chile, goat milk feta and duck chicharrones and chicken tinga with caramelized onions, mangos and mint are early standouts. Bigger plates such as pork or vegetarian enchiladas are worth exploring; heirloom beans, stewed with red chile, onion and garlic, is a must-get side.

Provision PGH, Eldridge and Cope’s other Federal Galley establishment, was a crowd-favorite at Smallman Galley. The popular Provision Burger (which, if the restaurant were open at the time, would have been a shoe-in for my August “Hamburgers! Hamburgers! Hamburgers!” list) is back, as is a rotating menu of new items such as pork belly with Chinese vinegar and kimchi and a yellowfin tuna sandwich with remoulade and organic greens.

Michigan & Trumbull, Pittsburgh’s second Detroit-style pizza joint isn’t yet living up to its full potential for excellence, but that doesn’t mean that Kristen Calverley and Nate Peck’s establishment isn’t worth visiting for its airy dough crusted with a ring of cheese. Meat lovers will enjoy Packard Pepperoni, which gets a nice zing from pickled chiles (but could use less sweetness from hot honey), while vegetarians will enjoy Woodward Ave White (mozzarella, ricotta, red pepper flake, lemon zest and garlic oil).
200 Children’s Way, North Side; 412/281-0949, federalgalley.org 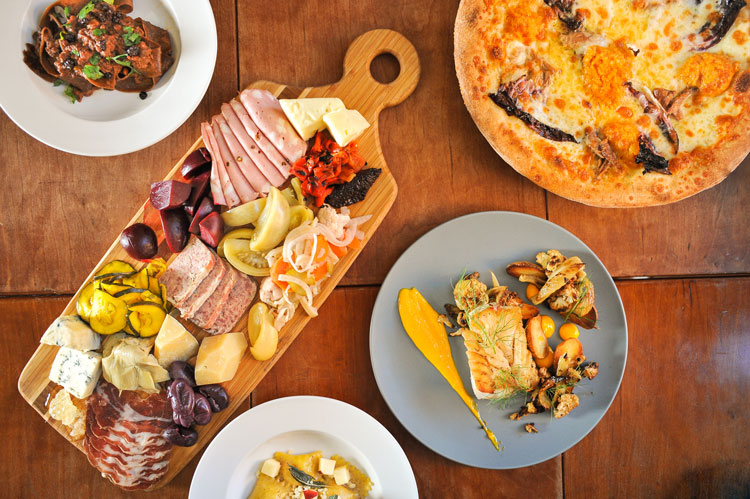 Stagioni
Executive Chef Stephen Felder’s menu at Stagioni is full of staples such as creamy hand-pulled, made-to-order mozzarella, airy meatballs in red sauce and housemade pastas that remain as craveable today as when the restaurant moved from its original Bloomfield location to its current South Side digs in 2012. Stagioni’s monthly Sunday Supper series continues to be a hot ticket, and indulging in the yearly springtime appearance of Le Virtu, a 49-ingredient soup, is a must.
South Side: 2104 E. Carson St.; 412/586-4738, stagionipgh.com 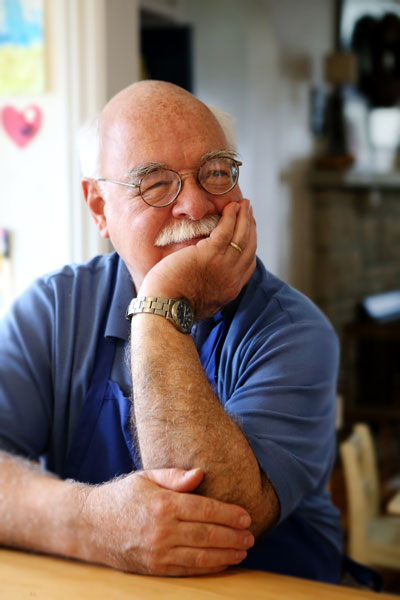 Chris Fennimore
HOST / qed cooks.
Chris Fennimore is the former programming director of WQED television and the longtime host of “QED Cooks,” a series of cooking shows that started airing on the network in 1993. His recently published cookbook, “Simple Pleasures: Recipes and Remembrances of Real Food,” is a collaboration with chef Daniel Aguera.

Why write a cookbook?
I saw a post from Daniel on Facebook of his grandmother’s rice, topped with a simple tomato sauce and thought, “that’s what I call a simple pleasure.” It’s the antidote to what’s on television cooking shows like “Top Chef.” People have lost the simple pleasures of recipes we had when we were kids. So we both started working on recipes. Every recipe has a story about where it comes from in our lives.

How was the collaborative process?
The first part of gathering the recipes we both did on our own, and then I organized them into chapters. The most fun collaboration took place on four different Sundays. We got together at Daniel’s house and made every dish in the book, cooking together. Laura Petrilla came and shot everything. Then we’d have friends come over and eat everything we made. I brought my banjo along and would play songs for his twins. It was a marathon and the greatest fun I could imagine.

What’s the best advice you have for home cooks?
Keep it simple. Really. One of the things I love about this book is that it’s great for someone who says, “I don’t cook. I never learned.” And, you might not be able to do the things you see on TV; this, you can do. You can buy everything at the Giant Eagle and the recipes are simple to follow. You’ll learn some basic techniques that are not difficult, and you’ll be able to follow them.

What’s getting you going right now in the kitchen?
I’ve really embraced this simple cooking thing. I’m always looking for more from my past that I could embrace. I’m really into baking — I’ve got two loaves sitting here ready to go into the oven. Now, I’m researching how different cultures stuff food. Pierogi, ravioli, dumplings, empanadas, arepas. Everyone seems to do it, and I want to see what there is in that.