Hungry for Something Good, Pittsburgh? Where We're Eating in December

We visit a gourmet market in Aspinwall, a much-anticipated Downtown barbecue restaurant, a new Taiwanese kitchen and more. Plus, we talk to Pirata bar consultant Spencer Warren. 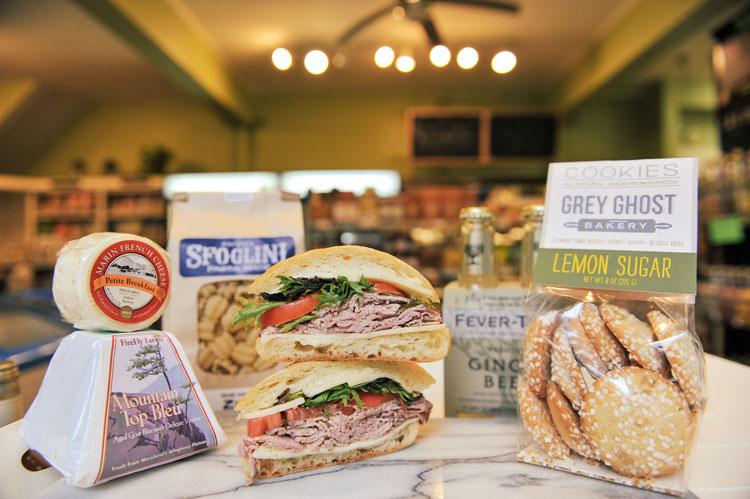 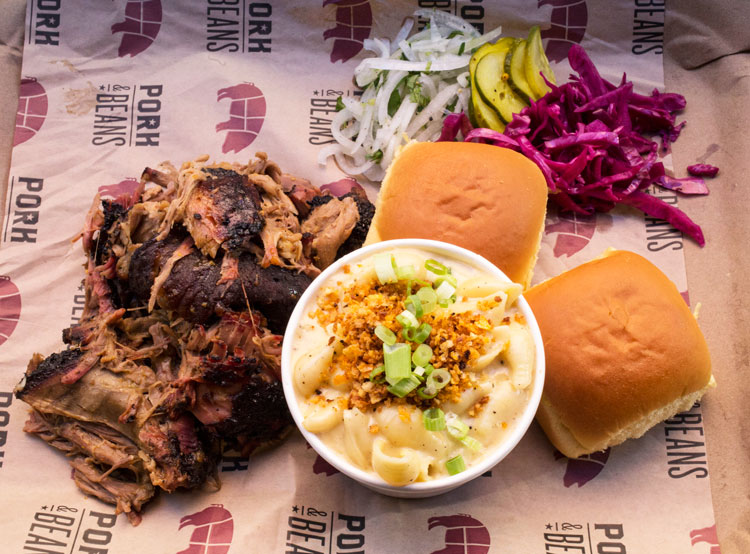 Pork & Beans
Pork & Beans is the fourth restaurant from the Richard DeShantz Restaurant Group (täkō, Butcher and the Rye, Meat & Potatoes). DeShantz brought on Keith Fuller (formerly of Root 174) as chef and co-owner of the Texas-style barbecue restaurant. Dishes such as sweet, smoky spare ribs, pulled pork enhanced with house-made tangy mustard sauce and peppy collard greens are standouts. As always is the case with DeShantz’s restaurants, the bar program is stellar, this time with a focus on craft beer.
136 Sixth St., Downtown; 412/338-1876, porkandbeanspgh.com 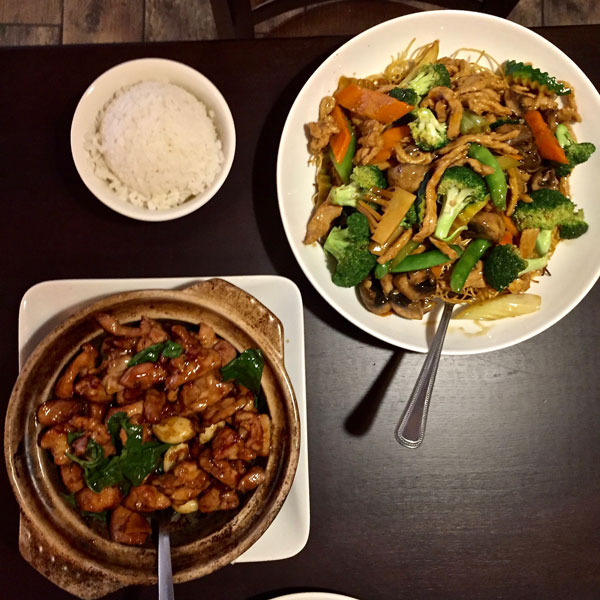 Cafe 33 Taiwanese Bistro
Cafe 33 is the newest addition to Squirrel Hill’s emergent community of excellent Asian restaurants. As the name implies, the focus here is on Taiwanese cuisine. Basil chicken, pan-fried noodles and scallion-egg pancakes all are classics the kitchen does well. I’m just scratching the surface of the menu here, but I’m already looking forward to going back for another bowl of the restorative pork with fresh mustard greens soup.
1711 Shady Ave., Squirrel Hill; 412/421-2717 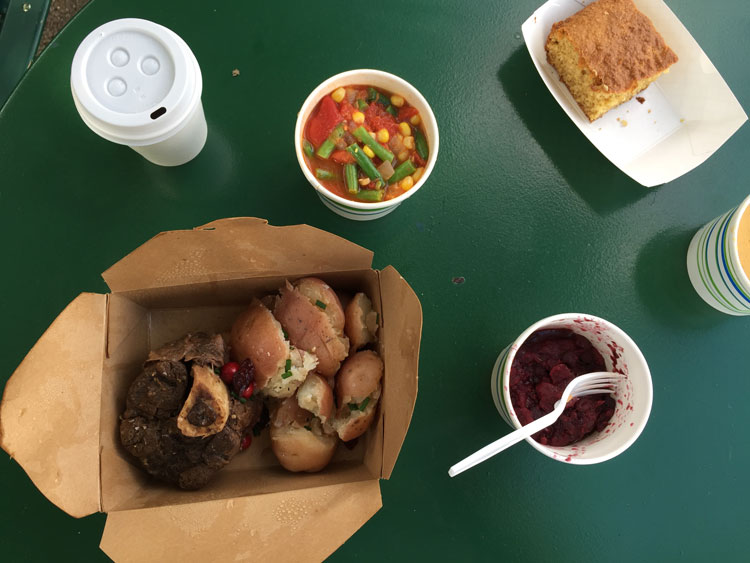 Conflict Kitchen
The latest iteration of Conflict Kitchen — a project dedicated to exploring the cuisines of nations with which the United States is in conflict — is the Haudenosaunee (otherwise known as the Iroquois) Confederacy. O:negagi (butternut squash, honey and bee pollen soup), Okdeahgi’ (earthy and robust root tea) and Ogösäse (succotash of corn, beans and squash) were the highlights when I tried the rotating menu.
221 Schenley Drive, Oakland; 412/802-8417, conflictkitchen.org 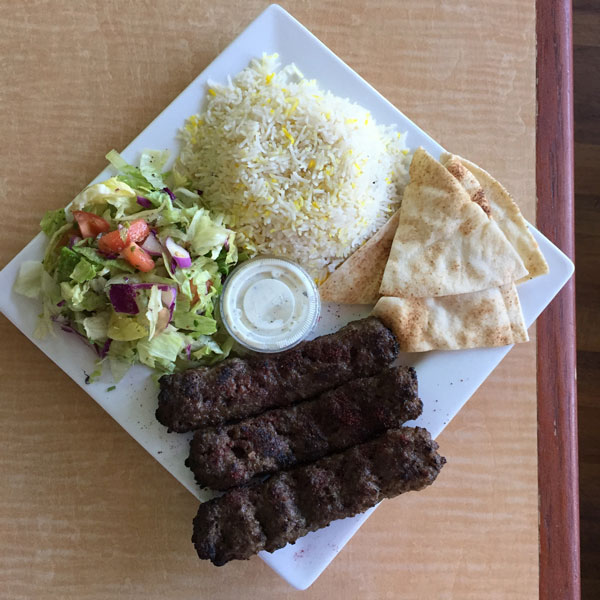 Dijlah Restaurant & Cafe
There’s been a significant amount of restaurant development on Butler Street in Lawrenceville over the last few years, which makes it easy to overlook Dijlah Restaurant & Cafe, which opened in 2013. Don’t. The Iraqi restaurant, which has a diverse menu and friendly servers, is an excellent spot for a lunch or dinner with friends. I quite like the kebab selections — especially the mix-grill combination of Iraqi kabob, chicken tikka and meat tikka — and the lentil soup.
4130 Butler St., Lawrenceville; 412/742-4998, dijlahrestaurant.com 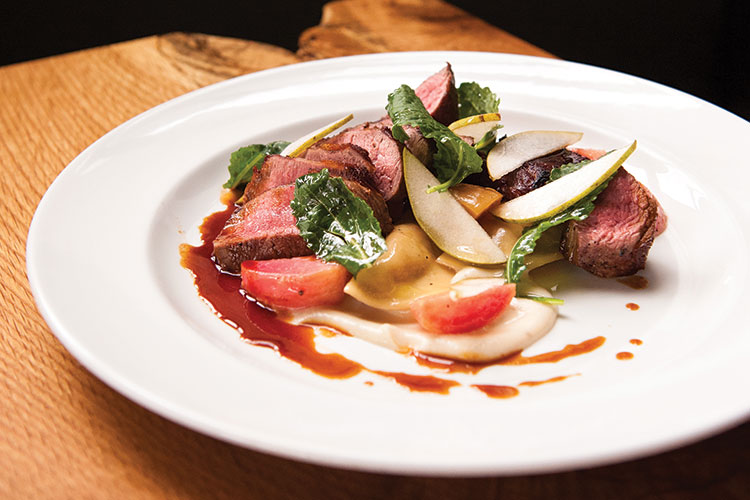 Always turned up to Eleven
It’s important to have pillars of consistency in a rapidly evolving restaurant landscape. The big Burrito Restaurant Group’s Eleven Contemporary Kitchen has been delivering that consistency since it opened in 2004, and the tradition continued when Executive Chef Eli Wahl took the reins from longtime Executive Chef Derek Stevens earlier this year. Go for composed dishes featuring Elysian Fields lamb, Gerber’s Amish Farm chicken and heaps of locally sourced produce, or sit at the bar and enjoy one of the best hamburgers (and happy hours) in Pittsburgh. —Hal B. Klein
(1150 Smallman St., Strip District; 412/201-5656, elevenck.com) 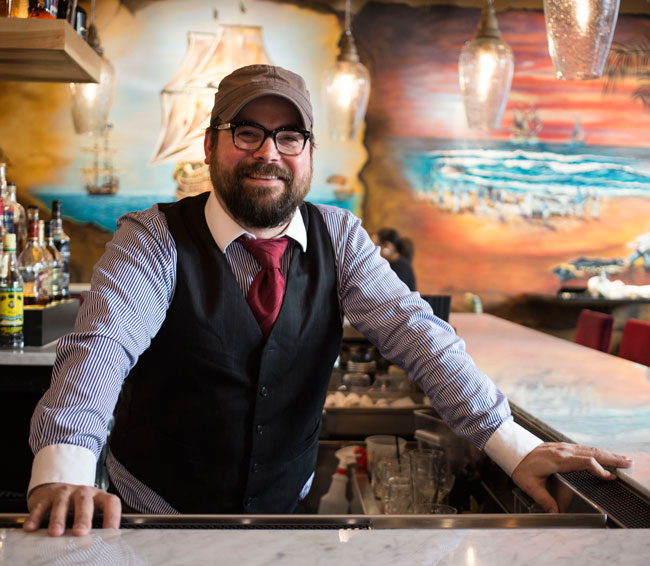 Spencer Warren
​Pirata | Bar Consultant
Spencer Warren, 38, is one of the linchpins of Pittsburgh’s craft cocktail transformation. He first tended bar in 1997 at Papa J’s Ristorante in Carnegie, and he jokes he came into his own mixing vodka/Sprite/Maui Blue Hawaiian Schnapps/pineapple cocktails at Bucknell University. Really, though, it’s with the opening of Embury in 2008 in the Strip District that Warren begins to leave his mark on Pittsburgh.

How has Pittsburgh cocktail culture changed between the opening of Embury and now?
You’re not relying on one or two places to get a drink. There are so many options in just about any part of the city, whereas before you wouldn’t know what to expect. Now, there’s a standard that’s jumped way up. Cecil [Usher, bar manager of Butcher and the Rye] said something to me recently: “Nothing against you, but the best thing for Pittsburgh’s cocktail scene was Embury closing (in July 2011).” Once it closed, people [who] worked for me went all around town. They trained other people, and it’s been a spiderweb effect out since then.

What makes a great cocktail?
Everything comes down to balance and to using quality ingredients. You have these different parts, like if you’re finding the right players for a sports team, that work together with their strengths to create a balanced team. I can’t believe I just put a sports reference into talking about cocktails.

What do you look for in a bar?
If I’m going to a dive bar, I’m going to get a beer and a shot. But if I go to a cocktail bar that touts itself as having great cocktails, then they better have the best cocktails. Sometimes, I just want to go to a place where I know that the bartender is good and they can make a few drinks really well. Part of what I look for is atmosphere. It’s staff. It’s quality ingredients. It’s lighting. But it’s the people you’re with more than anything. That’s why you’re going out.