Hungry For Something Good, Pittsburgh? Where We're Eating in August 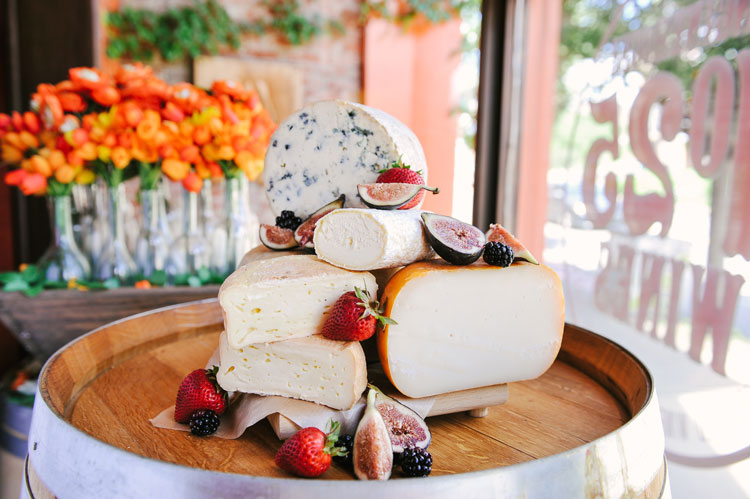 Cheezing It: Wheel & Wedge
Much like a well-aged cheddar, Wheel & Wedge has blossomed as it has developed over the years. What started as a Pennsylvania-focused cheese-stand in the Farmers’ Market Cooperative of East Liberty and then the Pittsburgh Public Market now is a fully fledged cheese shop in Lawrenceville. The locally made cheeses such as Goat Rodeo Dairy and Riverview Dairy are still featured but now share case space with bloomy, semi-soft, hard and blue cheeses produced throughout the United States. Bonus: among the curated selection of Pittsburgh-made accoutrements is Thin Man Sandwich Shop’s chicken-liver mousse; Wheel & Wedge is the only place outside the Strip District where you’ll find it.
Lawrenceville: 3337 Penn Ave.; wheelandwedge.com
​ 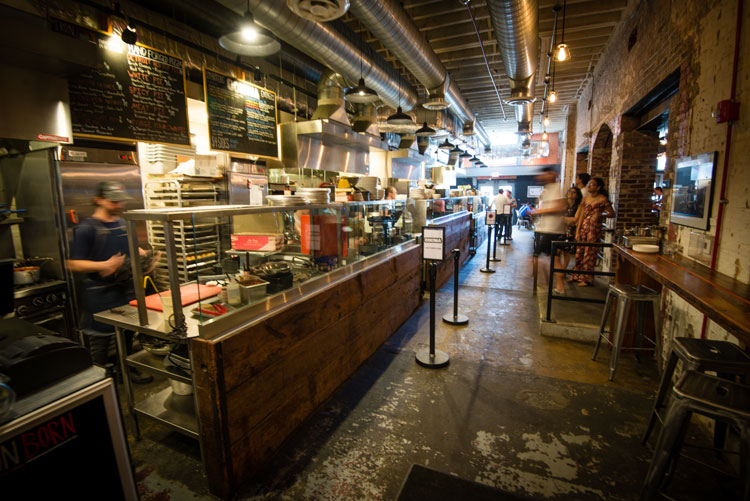 Turkish Kebab House
I love having a casual lunch at Turkish Kebab House in Squirrel Hill. The Mediterranean restaurant specializes in flavorful kebabs (bet you didn’t get that from its name) such as shish, adana, chicken and chicken adana. There also are tasty gyros, vegetarian dishes such as moussaka and lentil soup, plus larger grilled items such as whole fish and lamb chops.
Squirrel Hill: 5819 Forbes Ave.; 412/422-4100 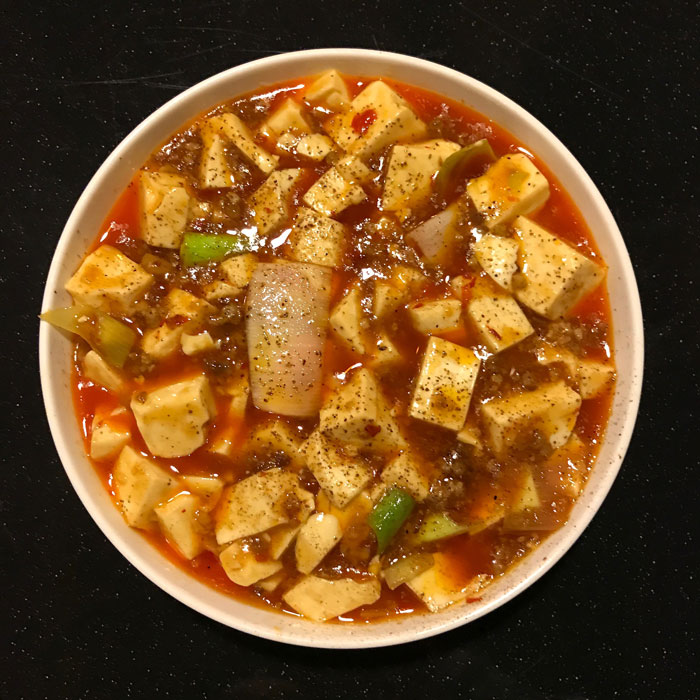 Photo by hal b. Klein

How Lee
I probably crave Sichuan cuisine more than I do any other category of food. Ma-la — a spicy, numbing blend of Sichuan peppercorns, hot peppers and other ingredients — is an additive component to many of the dishes at How Lee such as mapo tofu and braised beef tendon. Some of my other favorites include Chongqing fried dry-hot chicken and shredded potato with green chili peppers. A recent design refresh makes for a breezy, comfortable dining experience.
Squirrel Hill: 5888 Forbes Ave.; 412/422-1888

Le Lyonnais
Yves Carreau, owner of the Big Y Group (Nola on the Square, Poros, Seviche, Perlé) in April rebranded his Sonoma Grille concept as Le Lyonnais, a French-country bistro concept. He also returned to the kitchen to oversee the transformation of the Downtown space. Diners can expect dishes such as cassoulet, beef bourguignon and croque monsieur. The restaurant is off to a good start — but also could continue to push forward and trust that diners don’t need their hands held.
Downtown: 947 Penn Ave.; 412/697-1336, lelyonnaispgh.com
​ 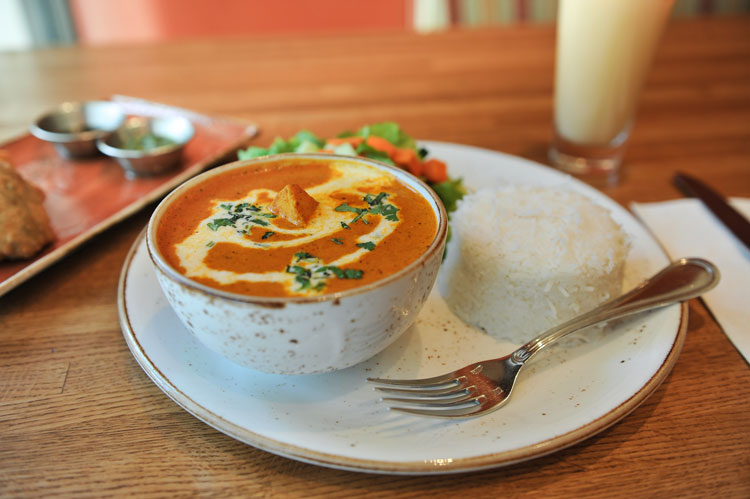 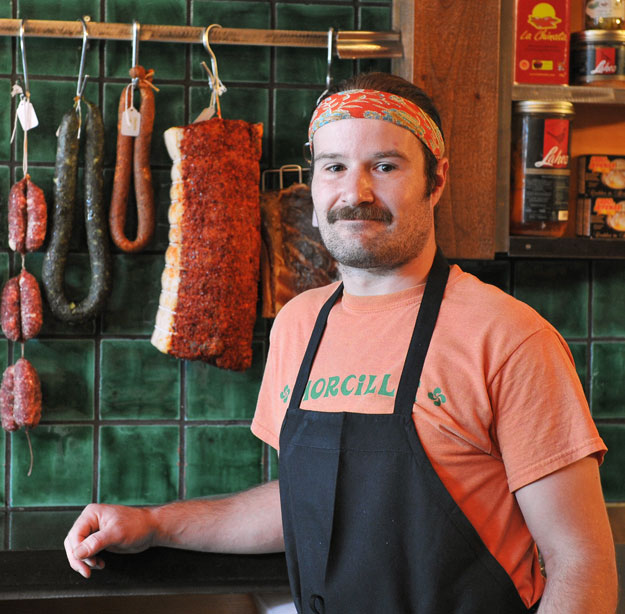 Brian ‘Trout’ Wiltrout
Cure / Morcilla | Charcuterie-Maker / Butcher
​Wiltrout’s first serious cooking job was at Eleven Contemporary Kitchen. He followed Justin Severino to Elements, where he was sous chef and later was on the opening team at Cure. Wiltrout also worked as a sous chef at Legume Bistro, spent some time as a farmer and then rejoined Severino’s team in December 2015. He now manages the Cure and Morcilla charcuterie program as well as doing butchery and daytime prep at Morcilla.

What was your learning curve for charcuterie making?
It was pretty steep. Justin (Severino) has a long background in butchery, but I don’t. I pretty much learned everything from him on-and-off for the past eight years. We had a charcuterie program at Elements, which is where I first started to help make it. Nate Hobart (Morcilla chef de cuisine) also has been instrumental. In the years that I didn’t work for Justin, this was Nate’s deal. I feel like it’s something that came somewhat naturally to me though. It helps to really enjoy doing what you’re doing, even if you don’t know exactly how to do it.

What are some tips to making high-quality charcuterie?
Take your time. Pay attention to details. A lot of things in high-volume kitchens are about cranking out product as fast as you can; it’s the opposite when you’re making charcuterie. You have to work clean, in a logical manner and make sure that your flavor profile is going to come through. A slight change in the weight of something can change the flavor end-product a lot. You might not taste the final result for a year, so you have to take good notes all through the process.

What’s special about your charcuterie?
We don’t work with mold in the room, which is something almost everyone else does. It’s not that products made with mold aren’t tasty, but that flavor is always going to be part of the product. We want the ingredients to shine through all the way to the end. So we don’t make giant salamis, which need mold for them to work, and we lard our muscle meats pretty aggressively. It’s all about clean flavors for us.