Hungry for Something Good, Pittsburgh? Where We're Eating in August 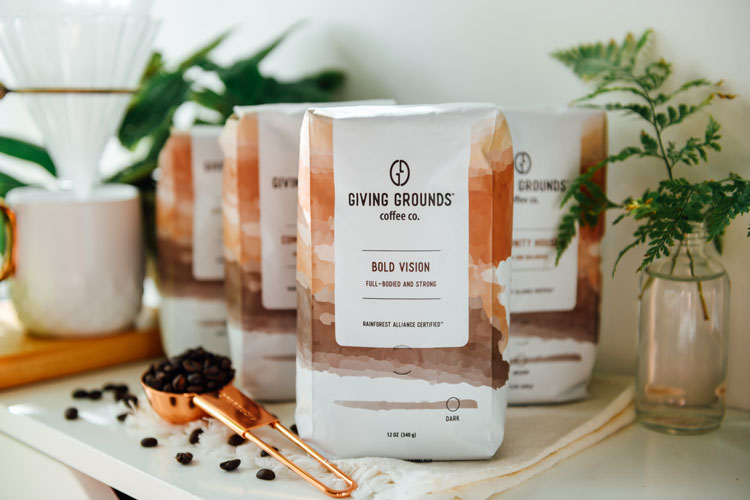 Giving Grounds Coffee
Sustainability, fair trade and direct trade are the hot buzzwords in today’s coffee business. Kim Garrett, founder and business manager of Giving Grounds Coffee, wants to add another one — agency. In 2017, Garrett founded Giving Grounds with a mission to help impoverished individuals in Uganda. The company aims to provide training and crops, and, eventually, a means to land ownership via living-wage sales of coffee beans grown in Uganda, Rwanda and the Americas. Giving Grounds roasts five varieties of coffee — all high-end arabica beans — ranging from light and mellow to bold and full-bodied at O’Neill Coffee in West Middlesex; the beans also are available online and at T-Bones Marketplace in Wexford. givinggroundscoffee.com

The transition from spring to summer brought with it a bunch of new restaurants. I’m excited to start eating pies (and pancakes) for breakfast and other meals at Pie for Breakfast in Oakland and crush soft pretzels and beer at Lorelei in East Liberty. But what has me buzzing most right now are two regional Chinese concepts — one new and one a refresh. 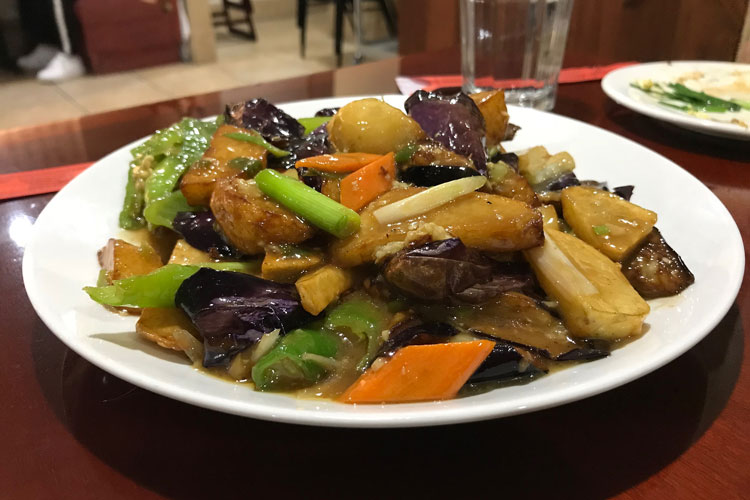 Northeastern Kitchen
The cuisine of northeastern China likely is unfamiliar to most Pittsburghers. Cantonese cuisine, which morphed into Americanized Chinese cuisine, is ubiquitous at Pittsburgh restaurants, though more and more diners are exploring the mala fire of Sichuan province and the pan-Chinese-refugee meets indigenous cuisine of Taiwan. Northeastern Kitchen, a subterranean restaurant on Forbes Avenue in Squirrel Hill, is the first establishment to bring the flavors of the northeast to town. The chef is You Shan Pei, who moved to Pittsburgh after cooking in Flushing, N.Y., for 18 years. Iron pot stews, homestyle dishes that are quintessential to the region, are a draw. My favorite thus far is stewed “Four White,” an immensely comforting soup of tofu, pork belly, Napa cabbage and cellophane noodles. I love Pei’s sauerkraut dumplings (see pg. 61) and his di san xian, a classic northeastern stir fry of eggplant, chunky potato and piquant green pepper served in a thick, savory sauce, too.
5824 Forbes Ave., Lower Level, Squirrel Hill; 412/422-2888, northeasternkitchen.com 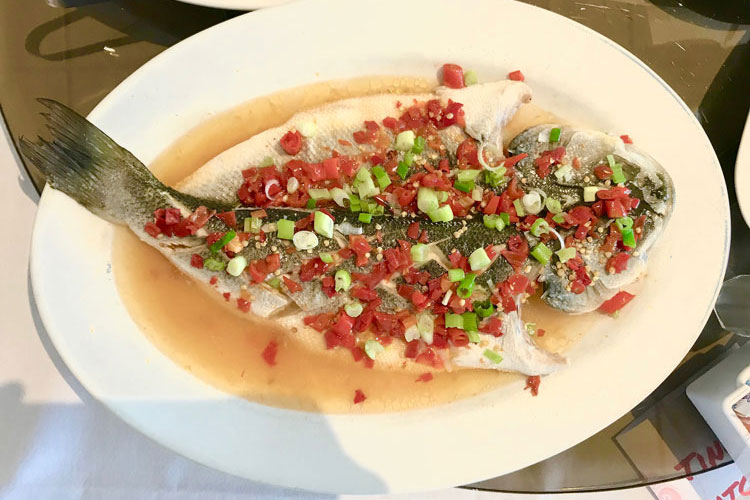 Ting’s Kitchen
I was thrilled that I was able to track down Chef “Panda” Lin to Ting’s Kitchen in McCandless. A friend tipped about a “secret Taiwanese menu” at Sushi Tomo, but I was too late to try it — Lin already had departed by the time I went there. Lucky for us, the Taiwanese native with 40 years of restaurant experience returned from China to head the kitchen at Ting’s, which is located in a immense strip mall. Lin’s Taiwanese specialties such as braised pork belly over rice, salt and pepper pork chops, turnip cake and popcorn chicken are top-notch and worth driving for if you don’t live in the area. If you want to mix up your meal, the chef also is accomplished at preparing Sichuan dishes; his cumin lamb ranks among my favorite in Pittsburgh.
3200 McIntyre Square Drive, McCandless; 412/364-9933, tingskitchen15237.com 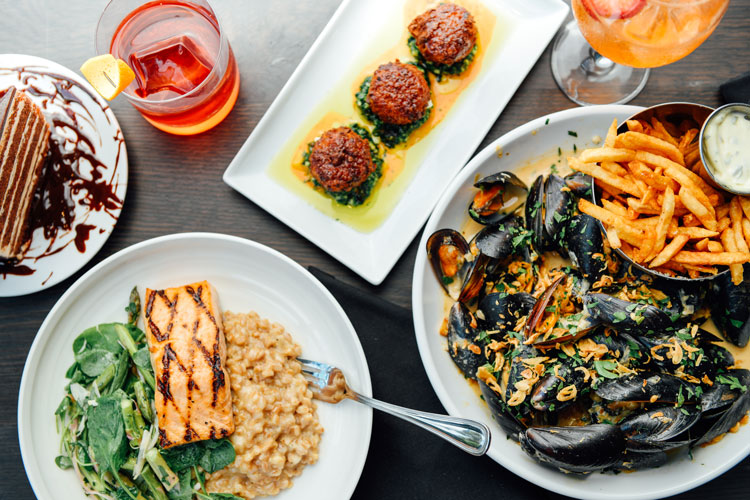 Brugge on North
Point Brugge and Park Bruges have for years drawn East End eaters. In April, Brugge on North joined its compatriots in upmarket neighborhood bistro fare with a fine selection of craft beer. The Alphabet City location has a similar menu to the other destinations — Brugge’s signature mussels are offered — but it also features exclusive-to-the-North-Side items such as house-made angelotti filled with mushroom duxelle and duck two-ways with chestnut spaetzle and braised fennel. Bonus: live music, poetry readings and more at the adjacent City of Asylum performance space and an attached bookstore.
40 W. North Ave., North Side; 412/226-9740, pointbrugge.com 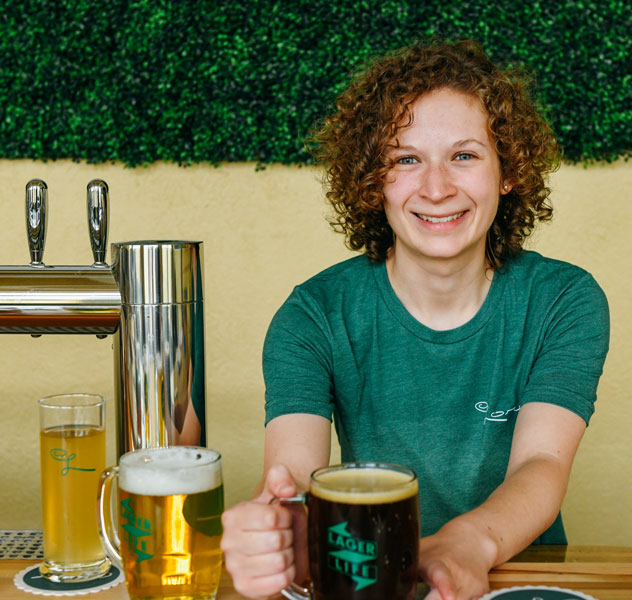 Lizzie Fistel moved to Pittsburgh from North Carolina in March 2014. Shortly after her arrival, she picked up her first-ever bar job at the former Beer Market near PNC Park, moved to the Independent Brewing Company in September 2014 and transitioned to Lorelei, an East Liberty beer hall with the same ownership as the IBC, in June.

Where do you go for a before- or after-work meal?
In Squirrel Hill, it’s usually noodles. Everyday Noodles is my go-to for soup dumplings before a shift. Or, Starbucks. That’s sad, but I can order food in advance and pick it up with my coffee. Pizza Bellino after work because it’s open late. East Liberty should have more options for an after-shift meal.

What’s your favorite beer, cocktail or wine destination in Pittsburgh?
Roundabout Brewery is probably the bar we go to most frequently. We like to gather there for staff shenanigans on Sundays since we’re all off together. Plus, they have the good beers.

Do you cook at home?
Not really, no. I don’t really cook. My cats are bad and they get in my business trying to steal my food when I’m cooking.

If you could work in another Pittsburgh bar to have fun or to learn something, where would it be?
Kelly’s. They have a good thing going on there. The people are nice. I’ve never worked in a dive bar, so it would be a change of pace.