Hungry For Something Good, Pittsburgh? Where We're Eating In April 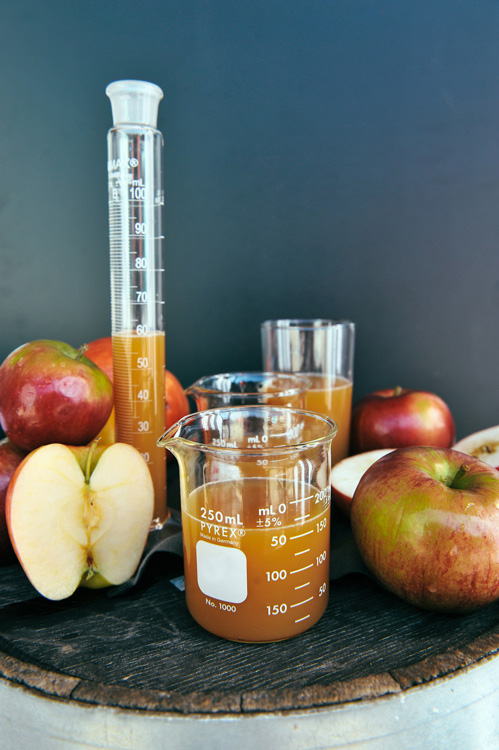 Innovation Station: Wigle Whiskey
​Wigle Whiskey’s initial product line was pretty basic when it opened in March 2012: white (unaged) wheat whiskey and white rye whiskey. Visit the company’s Strip District headquaters now, and you’ll be greeted by a rainbow of bottles; the distillery has released 47 products, as of press time, including absinthe, ginever, grappa and aged whiskeys. It’s ready to spin off a second company — Threadbare — this fall that will ferment hard ciders and meads on an acre-plus campus in Spring Garden.
[2401 Smallman St., Strip District; 412/224-2827, wiglewhiskey.com] 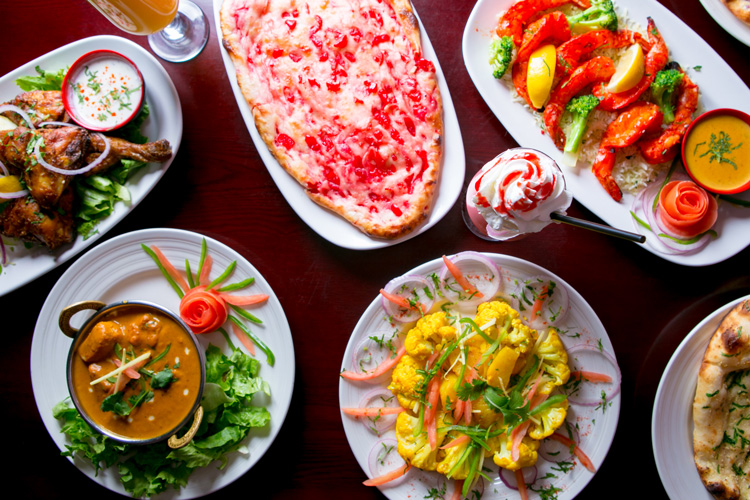 All India
One of my favorite Pittsburgh chefs, Tamilselvan Thanguardi, is a bit of a mystery, popping up here and there unexpectedly. The former chef/co-owner of the shuttered Kohinoor in Monroeville now is running the kitchen at All India. There’s the buffet — try the southern Indian dishes to get a sense of his cooking — but I’d suggest ordering from the menu and asking for it “Tamil-style.”
[315 N. Craig St., North Oakland; 412/681-6600, allindiapgh.com]

Nak Won Garden
I’m a fan of the Korean cuisine at Nak Won Garden in Shadyside. One of my go-to dishes is kimchi jjigae, a spicy stew made with tofu, pork and rice cakes. Japache, sweet potato noodles stir-fried with beef and vegetables, is another must-get. Korean BBQ dishes such as bulgogi also are enticing.
[5504 Centre Ave., Shadyside; 412/904-4635] 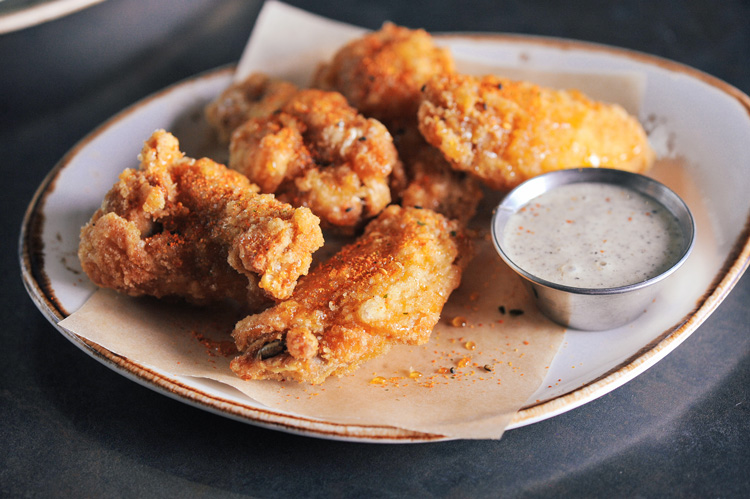 Pub Chip Shop
The South Side’s version of a British chip shop stays open late (3 a.m. on Fridays and Saturdays) and serves an assortment of fill-your-belly food. Come here for a Scotch egg, a sausage roll, a deep fried Mars bar and, of course, classic fish and chips. Baps (soft sandwich rolls stuffed with a variety of fillings) make a great option, too.
[1830 E. Carson St., South Side; 412/381-2447, the-pub-chip-shop.squarespace.com] 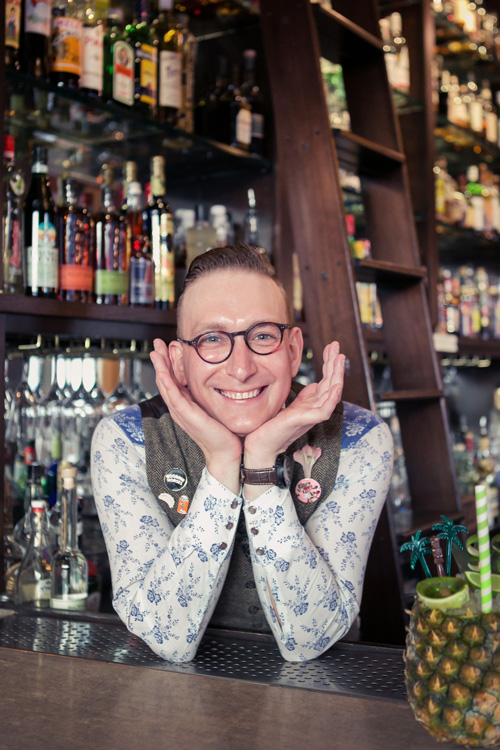 Elliott Sussman
Bartender | tender bar + kitchen
There aren’t many people who light up a room the way Elliott Sussman does. The affable Sussman, 31, tends bar at Tender Bar + Kitchen in Lawrenceville, and before that he worked down the block at Hambone’s. Sussman also is a professional musician and during the summer warms up the crowd as an usher during Pirates games at PNC Park.

What was it like transitioning from a neighborhood bar to a cocktail bar?
At first it was a little intimidating. But I always had a thing for cocktails, and I did have at least a little practice. The Pittsburgh Obscure Games group came in to Hambone’s every Wednesday, and members would ask me to come up with an obscure drink for them each week. But going from a list of zero classic cocktails to 50 was a lot. I wasn’t ready for it at all! Still, after I went to Alaska for six months, I realized how much I missed the bar. I worked at Tamari for a while until a spot opened up at Tender, and when I went back I felt like I was ready to do it.

What’s your secret to hospitality?
I’m a musician, I’m a bartender and I’m an usher. All three have the same goals, which is to show guests a wonderful time in a unique environment. I don’t care what job I do in the future … as long as that’s the philosophy behind the job, then I’m in. I love entertaining, so that’s a big part of what I do.

What drew you toward becoming an usher at PNC Park for the Pirates games?
I love that job so much. My dream job for so long was to be the old person at the ballpark who makes everyone happy while showing people to their seats, and now that can be me 40 years from now. It’s really not too dissimilar from bartending in a lot of ways. You’re setting the tone you want for the atmosphere you’re in. When you take someone’s ticket, you talk to them for a little bit and make sure they’re having a good time.