Hungry for Something Good, Pittsburgh? Where We're Eating in April

We're digging into ​pierogies at Pierogies Plus, savoring French onion soup at Poulet Bleu, welcoming back a chef to his roots at Spoon and more. Plus, we talk to Allegheny Wine Mixer owner Jamie Patten. 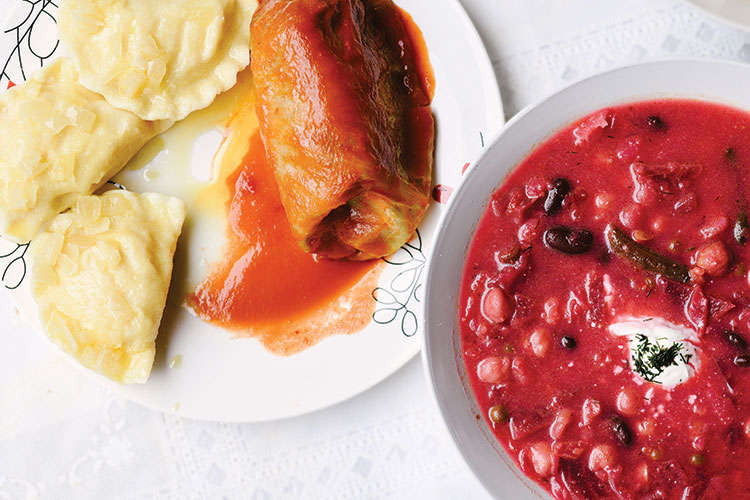 Pierogies Plus
​Pierogies Plus, the 27-year-old McKees Rocks institution, is celebrated for its pillowy stuffed Polish dumplings, but eaters also should dig into owner Helen Mannarino’s other eastern European offerings. Borscht — served hot or cold — is a healthy foil for the heavier dishes. A good pinch of dill enhances the sweet broth, which is swimming with diced and chunky beets, green beans, beans, chickpeas and peas. Or, enjoy heartier offerings such as stuffed cabbage and a kielbasa with sauerkraut sandwich, both of which will send you deep into a comfort food bliss.
McKees Rocks, 342 Island Ave.; 412/331-2224, pierogiesplus.com 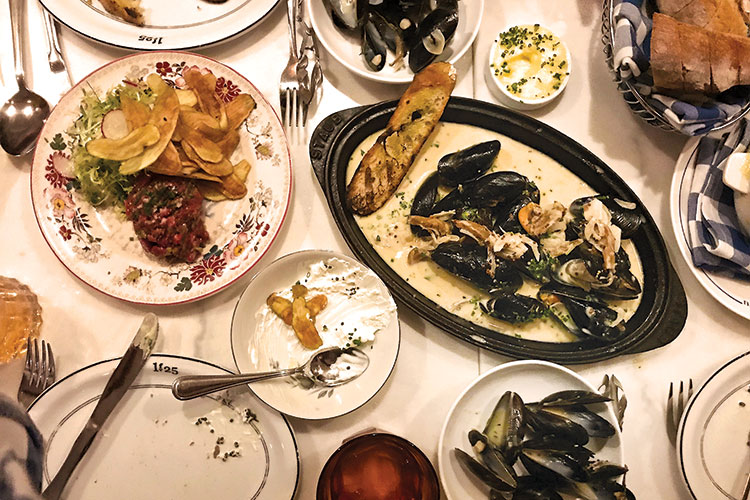 Poulet Bleu
Here’s the thing about French onion soup — the anticipation you feel upon ordering it is almost always crushed when you eat it. Not so at Poulet Bleu in Lawrenceville, where the French onion soup of your dreams is layered with slow-cooked onions, lusciously crafted with veal and oxtail broth and topped with dreamy, melted Gruyère and Emmental cheeses. It’s one example among many that highlights the polished attention-to-detail at the latest restaurant from the enigmatic chef/restaurateur (and recent James Beard Foundation award nominee) Richard DeShantz. Poulet Bleu’s elegant, transportive design, French bistro menu, outstanding desserts such as chocolate souffle and pavlova, strong wine list, classic cocktails and approachable yet refined service make this one of the most important Pittsburgh restaurant openings in recent memory.
Lawrenceville, 3519 Butler St.; 412/325-3435, pouletbleupgh.com

Nepali Asian Restaurant
Uttam Tamang, a refugee from Nepal who now is a United States citizen, opened his Nepali restaurant in January. Skip the small buffet and order dishes from the menu. The best dishes I’ve tried thus far: sekwa, pork belly and ribs that are wok-cooked and served with raw garlic, onions, dried chickpeas and herbs; vegetable momos, soft, homemade dumplings stuffed with pureed vegetables and served with a comforting, yet spicy, sauce; chana sabji, a crazy hot chickpea and vegetable stew with an upfront heat and layered with spices — eat that with an order of roti.
Carrick: 2122 Brownsville Road.; 412/980-4612

Burgh Thai
When Pusadee’s Garden closed in late 2017, Pittsburgh (temporarily) lost one of its best al fresco dining options. While diners will have to wait until 2019 to enjoy the renovated Lawrenceville restaurant, we don’t have to wait at all to eat their delicious Thai cuisine. Family members Ta and Tony Tongdee (along with an assist from matriarch Pusadee Tongdee) took over an existing restaurant space in Verona earlier this year and are preparing familiar dishes such as pumpkin and panang curries, woon sen noodles, tom kar soup and seasonal papaya salad.
Verona: 321 South Ave.; 412/828-0339 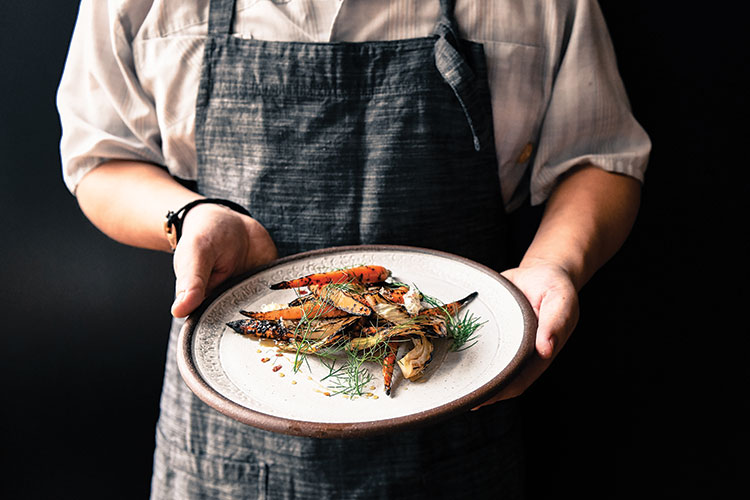 Spoon
Spoon Co-Owner Brian Pekarcik returns to the East Liberty restaurant’s kitchen as executive chef, running the day-to-day operations of the establishment for the first time since 2014. Pekarcik opened Spoon in 2010 and always has overseen the culinary big-picture of the much-lauded restaurant. But he turned over the kitchen — first to chef de cuisine Dave Anoia (now executive chef/co-owner of DiAnoia’s Eatery) and then to executive chef Jamilka Borges — while he ran operations at BRGR, the now-closed Grit & Grace and Willow. With Borges’ recent move to Independent Brewing Company and Hidden Harbor, Pekarcik returns to his roots, adding dishes such as ricotta dumpling with mushrooms and pecorino, steak tartare with frites and vegetable sides such as Thai curried squash with fresh cheese, cilantro and pepitas to the restaurant’s contemporary American menu.
134 S. Highland Ave., East Liberty; 412/362-6001, spoonpgh.com 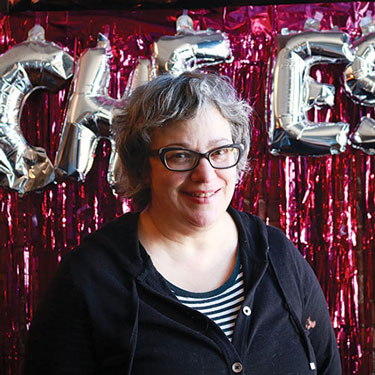 What makes your wine bar fun?
Making people feel at ease and feel like we’re there to make them happy. You should feel welcome and that you’re not being judged. That’s a big part of the reason we have the place looking like it does — all the art is there to put people at ease and let them know they’re not in a pretentious place. Fun music doesn’t hurt, either. I have a lot of people tell me it feels like you’re in someone’s house.

What’s the key to pairing comfort food with wine?
I think of the wine as another component of the food. If you cook, you know what goes with what things. It’s like a recipe. So, a grilled cheese sandwich is bread and cheese, and we serve it with mustard and jam.

What would go with that?
I’d want something kind of fruity and with acid for the cheese, especially if you like eating it with jam. And, you could go in a more savory direction if you’re looking at the mustard. Comfort foods aren’t different than other foods, except that they are saltier and fattier — salt and fat are very wine friendly, and so they’re not hard to pair with the components that you’re trying to play around with.

What wine regions are currently piquing your interest?
I keep going back to Italy. Even though it’s an old world standard, it’s constantly changing. More regional varietals are showing up from there. There are a lot of young producers in Australia doing cool things and some old producers that have been doing it for a long time, too, but we didn’t get those because Shiraz dominated what was imported. And, we’re getting a lot of better access to Greek wines, so I’m starting to toss around what we can find with those imports — I still don't know a lot about what’s going on there and I’m interested in learning more.