How's Work?: (Not Your) Basic Medium

Get a shot of Jack and an overview of your future while at a bar. 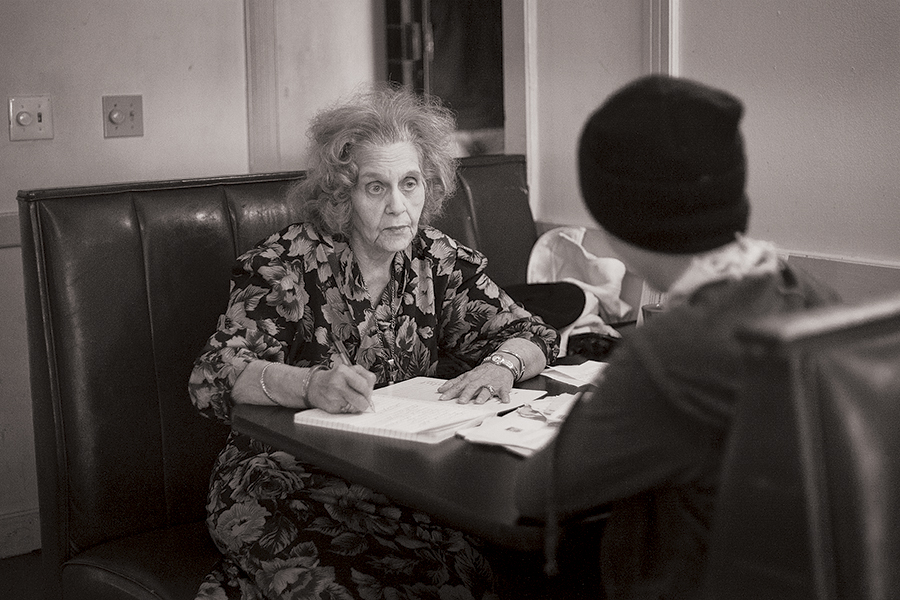 How did your life as a psychic start?
When I was about 4 years old, I would see things and tell people things and [those predictions] would come true. [Then,] when I was 14, I ran off and married this guy. We got away with it because I looked 18. When I was in the hospital with my first [daughter], I called out to the Lord and I felt his hand press down against my forehead, and it just grew from there. I see the dead. They come and go. They don’t harm me. They don’t scare me. I was the first psychic [to do readings] in the nightclubs, back in the ’50s.

How did you get the idea to do readings in bars?
I had been doing readings since I was 15. Martell’s was this nice place on Babcock Boulevard; I knew the owners. They knew people would come if I was there. Other [bar owners] came after me when they saw people coming. I come [to Hambone’s in Lawrenceville] now because it’s easy and close to home. [Note: Bobbi Jean gives readings at Hambone’s from 5-9 p.m. on Thursdays; walk-ins are welcomed, but appointments are preferred: 412/681-4318.]

Do you deal with drunk people?
I won’t read a drunk. They won’t listen to what you’re saying.

What are some of the more unusual things you have told people about their future?
I’ve read people and knew they were not going to be here in a year.

Do you tell them that?
The spirits tell me what I need to say [to them].

Any predictions about Pittsburgh for the next year?
I see many changes. We’re not going in for good times. Furniture prices and prices on everything are going up. I see a lot of layoffs. I see businesses being closed. I even see [Sears, Roebuck & Co.] going under. Japan and China will be taking a lot of our jobs.

That sounds like a prediction for 2016.
We will have a woman president in the next election cycle.

On your tax returns, what do you put in the occupation field?
“Psychic.” I have nothing to hide.

This article appears in the April 2014 issue of Pittsburgh Magazine.
Categories: Community Feature